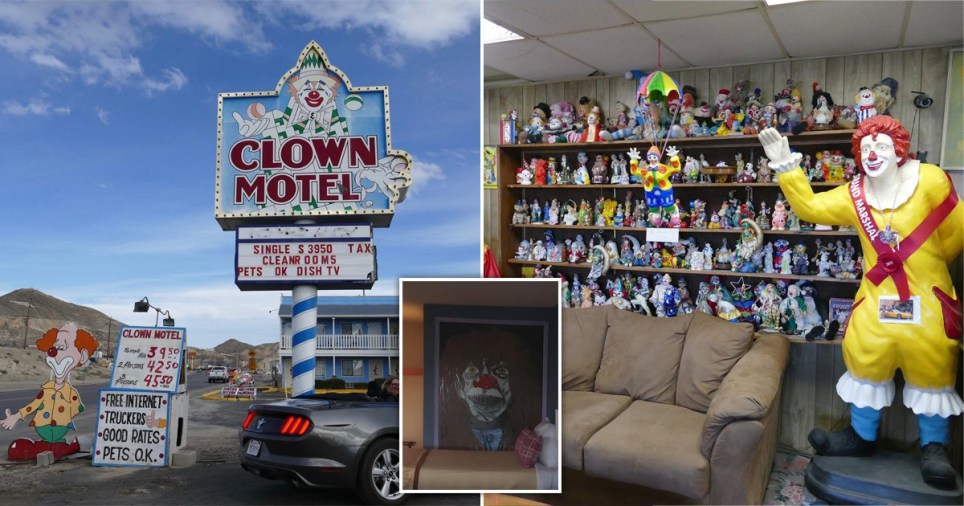 Planning a trip to Vegas? Why not stop off at the famous Clown Motel while you’re there?

The Clown Motel in Tonopah, Nevada is infamous for being themed around – you guessed it – clowns.

The motel, whose very chill slogan is ‘Let Fear Run Down Your Spine’, is full of over 2,000 clown figurines of all different shapes and sizes.

Clearly not one for those with coulrophobia – aka a fear of clowns – the motel has a total of 31 rooms to choose from, and each room has either two or three custom clown paintings to enjoy.

There are standard rooms, ‘Clown Suites’, and themed rooms dedicated to the likes of It, Friday the 13th, The Exorcist and Halloween.

Other room features include a TV, air conditioning, heating, a microwave and a refrigerator. 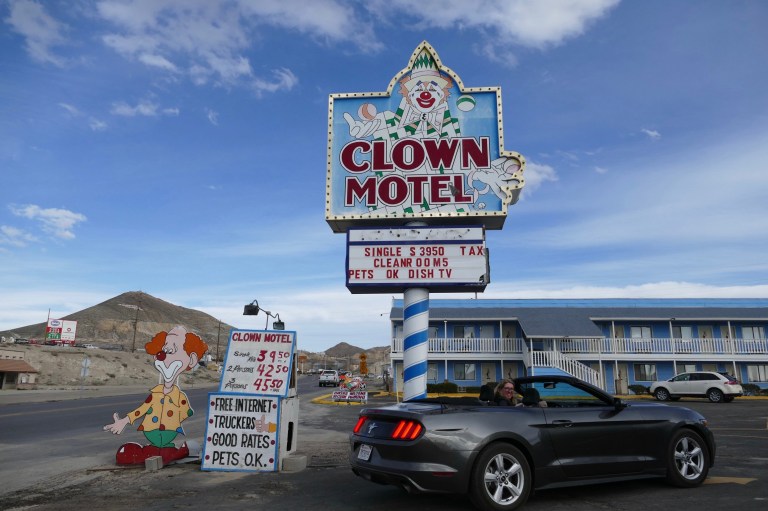 The motel first opened in 1985 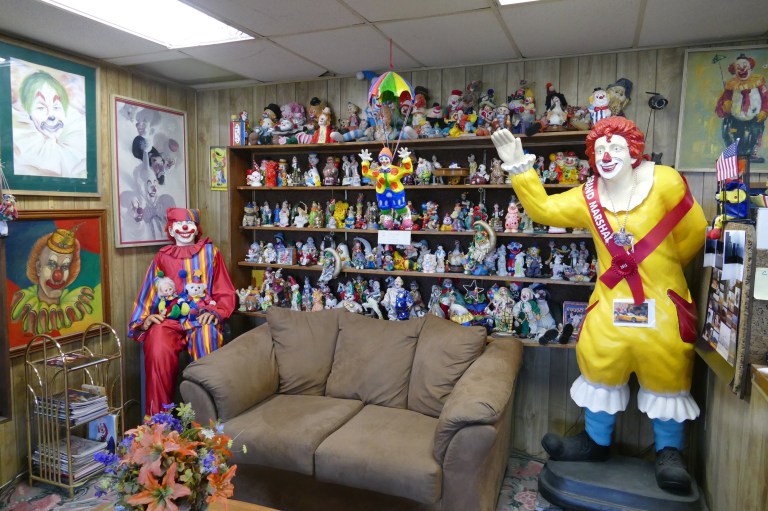 The Clown Motel was brought once again to our attention thanks to a tweet by @thegallowboob, after we covered its being put up for sale in 2017.

Clearly still going strong, the motel can be found between Las Vegas and Reno on the edge of a desert.

just found out you can stay in a clown motel with different themed clown rooms for the cheap price of $90* a night and iâm both thrilled and terrified.

*this doesnât include the price for therapy pic.twitter.com/anrcCTbUNT

Not creepy enough for you?

The Clown Motel also happens to be right next to an abandoned graveyard, where, according to the Clown Motel’s website, is where victims of the 1905 ‘Tonopah Plague’ (now believed to be pneumonia) and miners were buried after the Tonopah-Belmont Mine Fire of 1911. 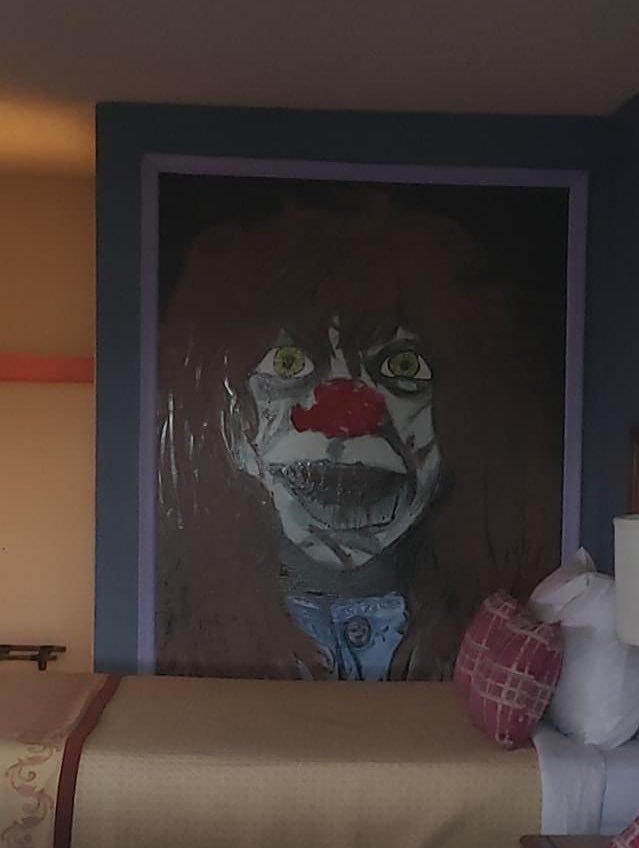 A painting from The Exorcist themed room (Picture: Twitter/@thegallowboob)

The motel’s slogan is: ‘Let Fear Run Down Your Spine’ (Picture: Twitter/@thegallowboob) 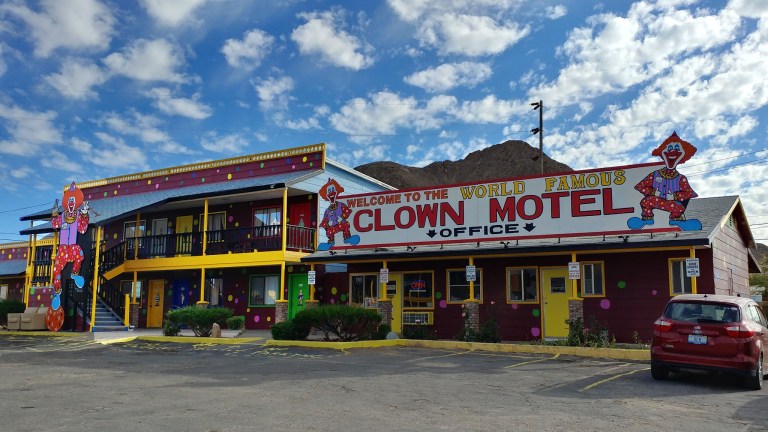 You’ve got 31 rooms to choose from (Picture: Facebook/The Clown Motel) 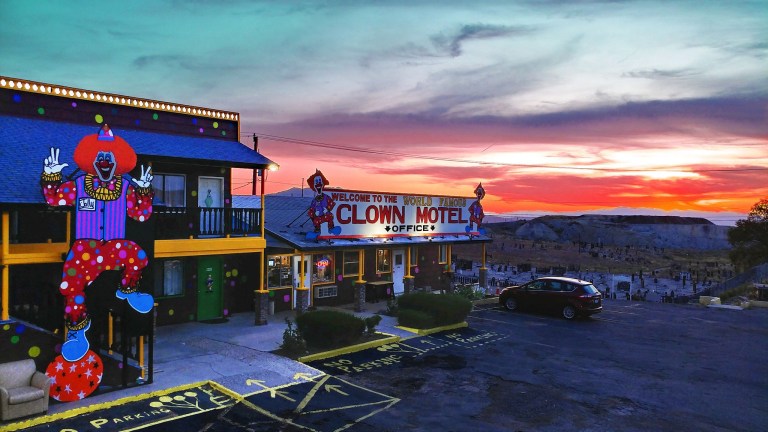 Affectionately called ‘America’s Scariest Motel’, the place was the subject of an episode of ‘Ghost Adventures’, during which, among other creepy occurrences, the hand of the large clown was filmed moving off of its leg.

If you happen to experience something paranormal during your stay, the motel owners welcome emails describing what you saw.

The motel began as a family business by Leona and Leroy David in 1985.

Their father Clarence (who is buried in the cemetery next door) left behind a 150-strong clown collection when he died in 1942, and the two siblings decided to open the clown-themed motel and fill it with his clowns to honour him.

The motel has changed hands a couple of times since then, and is now owned by the Mehar family, who bought it under the condition that the motel be kept running and the clown collection be cared for.

Tempted to stay there when holidays are allowed again?

Cheating ‘explosion’ predicted for spring as more people get vaccines