Jude and his parents went been to 28 destinations on their year-long trip (Picture: littlefeetbigwheels/Mercury Press)

Babies born during the coronavirus pandemic have undoubtedly had a different start to life to what anyone expected.

But this 15-month-old has had an even more eclectic first year, spending most of his life travelling around Europe in a stylish camper van with his parents.

Toddler, Jude, has been living in the van since he was two months old with his parents Sarah, 34, from Aberdeen, and Lochie Kerr, 29, from Sydney, Australia.

As well as taking his first steps on a beach in Valencia, Jude has already seen the world, visiting 28 different places in six countries (not including the UK).

From Croatia to France to Italy to Spain, Switzerland and even Australia, the young boy’s racked up some sightseeing – more than many people do in a lifetime.

His parents, who work in finance, couldn’t be happier with their decision to pack up their London flat and move into a Citroen Relay L3H3 van.

Sarah said: ‘Travelling and living in a van is all Jude has ever known. As a result of this, he adapts very well to new surroundings and loves meeting new people. 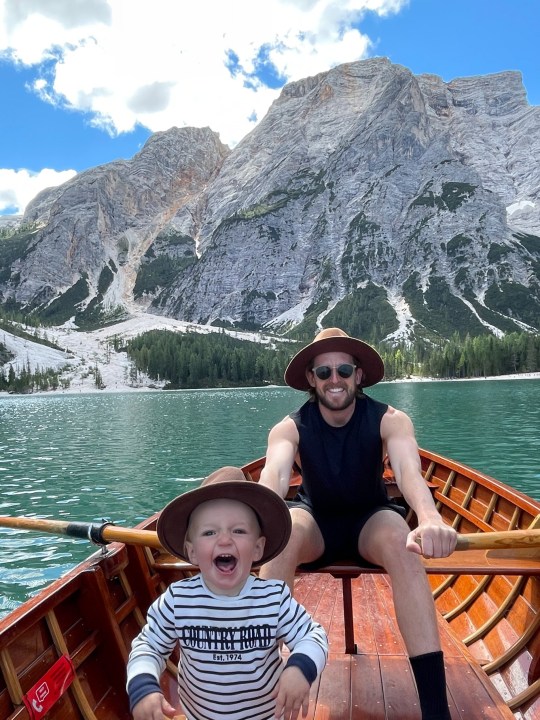 Jude and Lochie rowing on Lago de Braies in the Dolomites in Italy (Picture: littlefeetbigwheels/Mercury Press)

‘It has been brilliant as we have everything we need with us all of the time. We aren’t living out of a case or waiting on planes that may be delayed.

‘Driving is easier as we can stop off for a swim or a nap if needs one. He loves the sand and sea.’

From October last year to this September, the family headed on their epic journey, with Jude’s scenery changing from Tottenham in the capital to Paris’s Eiffel Tower. 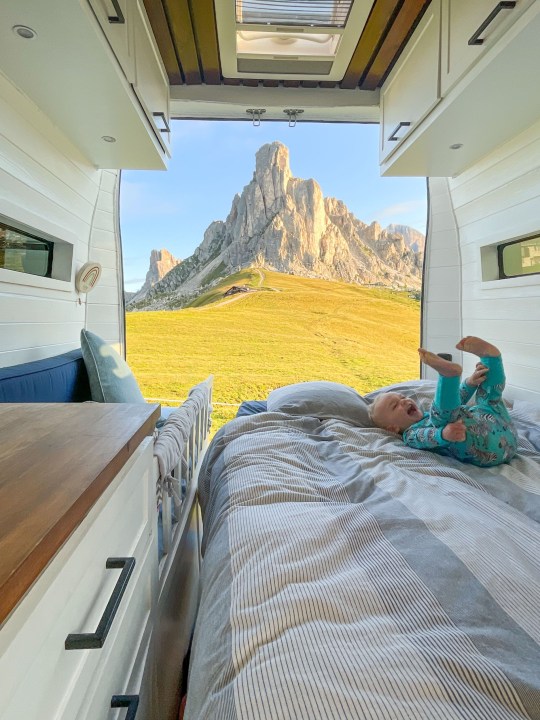 The tot even tried his first slice of pizza in Cinque Terre, Italy, then spent his first birthday at the beautiful Passo Giau, surrounded by stunning rocky peaks 2236m high up in the Italian Dolomites.

Jude has also watched the sun come up in Engelberg, Switzerland, and watched it go down in Ibiza, Spain.

Sarah said: ‘We drove the van to Spain and then flew to Australia to visit Lochie’s family. 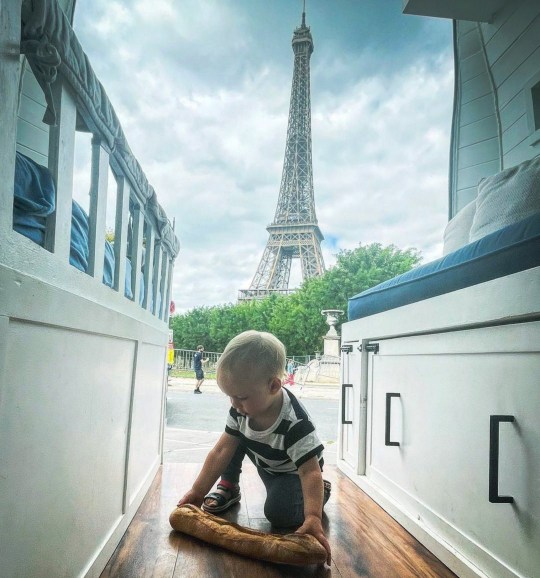 He saw the Eiffel Tower in Paris (Picture: littlefeetbigwheels/Mercury Press)

The family returned back to Europe in March and continued their epic road trip.
Lochie said: ‘One of our favourite places was Dolomites, Italy. It was incredible waking up above the clouds and so very special being able to share it with our baby.

‘Jude’s tried Paella in Spain, croissants in France and gelato in Italy for the very first time. We parked up in idyllic areas and he had the great outdoors as our garden.’

All the places little Jude has visited

The parents say it was easy to feel safe on their travels, as ‘people everywhere would stop to chat with the smiley blonde-haired little boy’.

Lochie also adds that ‘this lifestyle has benefited Jude as he is very flexible and confident.’

The van conversion cost £9,000 but the couple insists it is worth every penny. 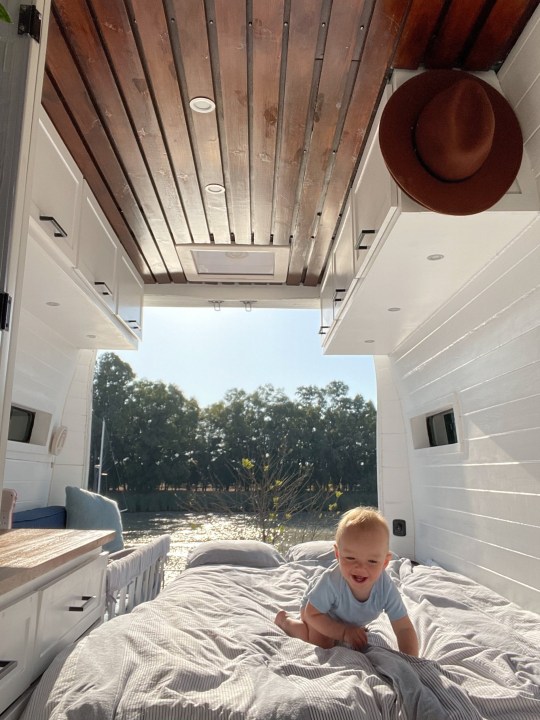 Lochie states they haven’t had ‘any regrets’ nor missed living in a house, especially because they were able to get time off work to enjoy it.

‘Sarah was seven months pregnant when we purchased the van but that didn’t stop her from helping me convert it,’ says the dad.

‘We both have limited DIY experience but we did everything ourselves apart from the cushion covers. We just researched stuff and used YouTube for tutorials.

‘It was all trial and error. But we had no major issues with anything.’

‘Why I THANKED my abuser’, Celebs Go Dating’s Anna Williamson says ‘controlling’ ex changed her life for the better

Why Estonia has become one of the coolest destinations in Europe

The best European cities to visit for a cosy autumnal getaway