A WOMAN has claimed she busted her boyfriend cheating after concocting a genius plan to confirm her suspicions.

TikTok user Felicia Burzotta said her man had plans to have dinner with his mates, but she had a “hunch” that something more was going on. 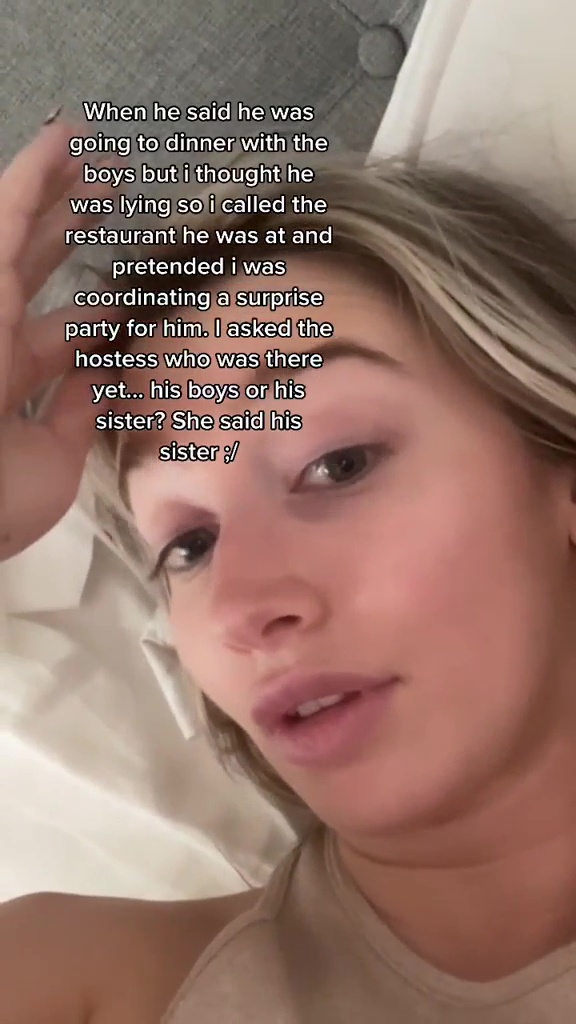 The woman revealed how she found out her boyfriend was cheatingCredit: TikTok / feliciaburzotta

The woman took to TikTok to explain what had happened where she was praised for her clever thinking in her now viral clip.

Knowing where her man was having dinner, Felicia called the restaurant and pretended she was arranging a surprise party for him.

She explained: “When he said he was going to dinner with the boys but I thought he was lying so I called the restaurant he was at and I pretended I was coordinating a surprise party for him.”

Her plan worked perfectly as a member of staff supposedly spilled the beans, revealing he was there with another woman.

He said he was having dinner with the boys but it ended up being another womanCredit: Getty

“I asked the hostess who was there yet…his boys or his sister? She said his sister,” she concluded.

Her post racked up millions of views which led her to update her followers on what happened next.

In another video, she claimed that she’d found a fake eyelash in his bed the next day and that she knew it wasn’t hers because she had lash extensions.

Her cheating suspicions had been present for some time, she said in a clip, admitting there was one particular woman who was “always around”.

“She was everywhere, she was always around, you just couldn’t get rid of her,” she said, referring to a woman she suspected he was cheating with. 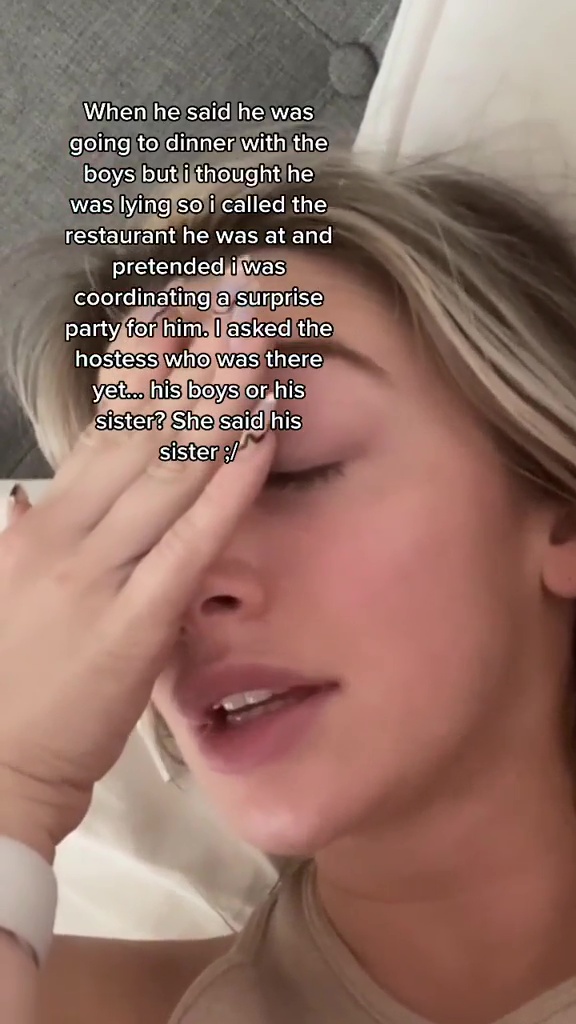 Felicia posted a series of follow up clips and revealed they’re no longer togetherCredit: TikTok / feliciaburzotta

Explaining her plan in more detail, she said: “So anyway, I just had a feeling and I called the restaurant and said ‘Hey, I really want to surprise my boyfriend for his birthday.

“‘We’re going to need a bigger table, I don’t know who is there with though, is he with his sister or his friends.

“‘The girl asked what he looked like and I described him and said what he was wearing.

“She said ‘Oh I see him!, he’s with his sister’ and I was like oh which sister, is it the brunette sister or the blonde sister?

“Mind you, I’m looking for a blonde b****. And she affirmed that it was the blonde sister. So that’s how I found out.'”

To make matters worse, Felecia said she was “out of town” visiting family when she found out the truth, but stopped by his house as soon as she returned.

She later revealed they are no longer together as a couple and that she’s now “living her best life” – and people are seriously impressed by her detective work.

One woman commented: ‘You didn’t lose your mind, you used it!!”

For more relationship drams, this woman claims her man dumped her thinking she was cheating – but she’d actually been sneaking McDonald’s.

Plus we revealed the secret signs your bloke’s a cheat & why ‘peacocking’ is the biggest tell of all.

I help women catch out their cheating blokes by arranging honey trap dates, it almost always work and they lie about EVERYTHING