A WOMAN tracked down a ‘cute guy’ she saw on the train via the logo on his bag – then slid into his DMs.

The singleton claimed it was hard to get dates now bars and pubs were shut due to the pandemic, so when she saw a bloke with potential, she took matters into her own hands. 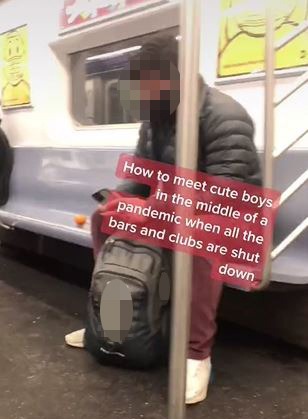 But rather than getting up and talking to him, she used the distinctive logo on his bag, from his university, to track him down online.

She shared a clip detailing how she managed to figure out his name on TikTok, saying: “We all have that one best friend who was an FBI agent in her past life.”

The clip starts with her filming the guy sat opposite her, as she says: “Now all the bars and clubs have shut down it’s hard to meet guys not on dating apps.

“On my way to a date that I did meet on Hinge, I see this super cute boy on the subway. And luckily he has an identifying feature.” 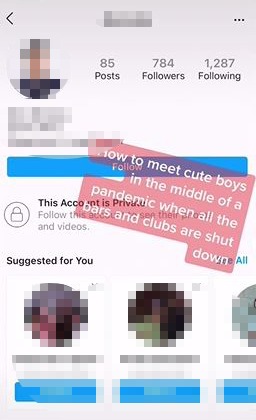 She used the logo on his bag to track him down onlineCredit: TIKTOK

Using his bag, she checked the university website and tried to find him, and after going through the 2019 list with no luck she goes back to the 2018 – and strikes gold.

His face pops up along with his name, so she then searches for him online.

“So obviously take his name and try to find him on Instagram. We found him, which is dope,” she continues. 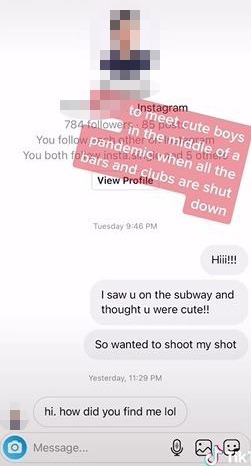 She slid into his DMs and he asked how she managed to find himCredit: TIKTOK

She shares the conversation she has after finally sliding into his DMs, saying: “Hiii! I saw you on the subway and thought you were cute. So wanted to shoot my shot.”

To which the bemused guy asks: “Hi. How did you find me lol.”

She acknowledged her method was unusual but defended herself, saying: “So some people may think that I’m a stalker but I just want to say I’m going after something that I want and I think that’s a great feature to have in a girl.” 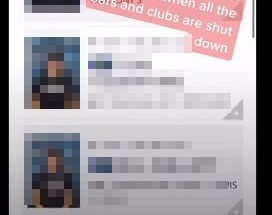 The woman went all the way back to 2018 to try and find the guy on his university’s websiteCredit: TIKTOK 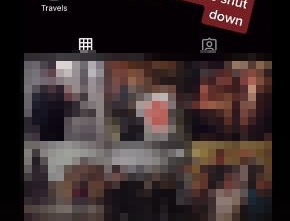 Sadly she confirmed he already had a girlfriendCredit: TIKTOK

Although after getting some negative reaction, she later said: “I think even though it was creepy I’m not a creepy person and I only did it because I genuinely thought he was cute.”

But after all her astounding detective work, she revealed the man ‘unfortunately’ had a girlfriend.

The clip, which she captioned ‘how to meet cute boys in the middle of a pandemic when all the bars and clubs are shut down’, has amassed nearly five million views.

Thousands of people have commented – including Tinder themselves.

The clip racked up millions of views as people asked why she didn’t talk to him in real lifeCredit: TikTok

The dating app asked: “Not you trying to put me out of business.”

Someone else said: “If a guy did this to me I’d be terrified.”

A third wrote: “This is giving me Joe from You vibes.”

This person asked: “am I the only one feeling that this is just not okay?”

While somebody else pointed out: “I really don’t get this. He’s literally two steps away. Just say hi.”

Plus this bloke accidentally creates group chat with 60 girls after trying to send them a sexy selfie at the same time.