A SINGLE woman has shared some of the most outrageous messages she has received on Tinder – and they’re enough to make your toes curl.

TikTok user Katie Charles shared the cringeworthy chat up lines that desperate blokes have sent to her on the dating app. 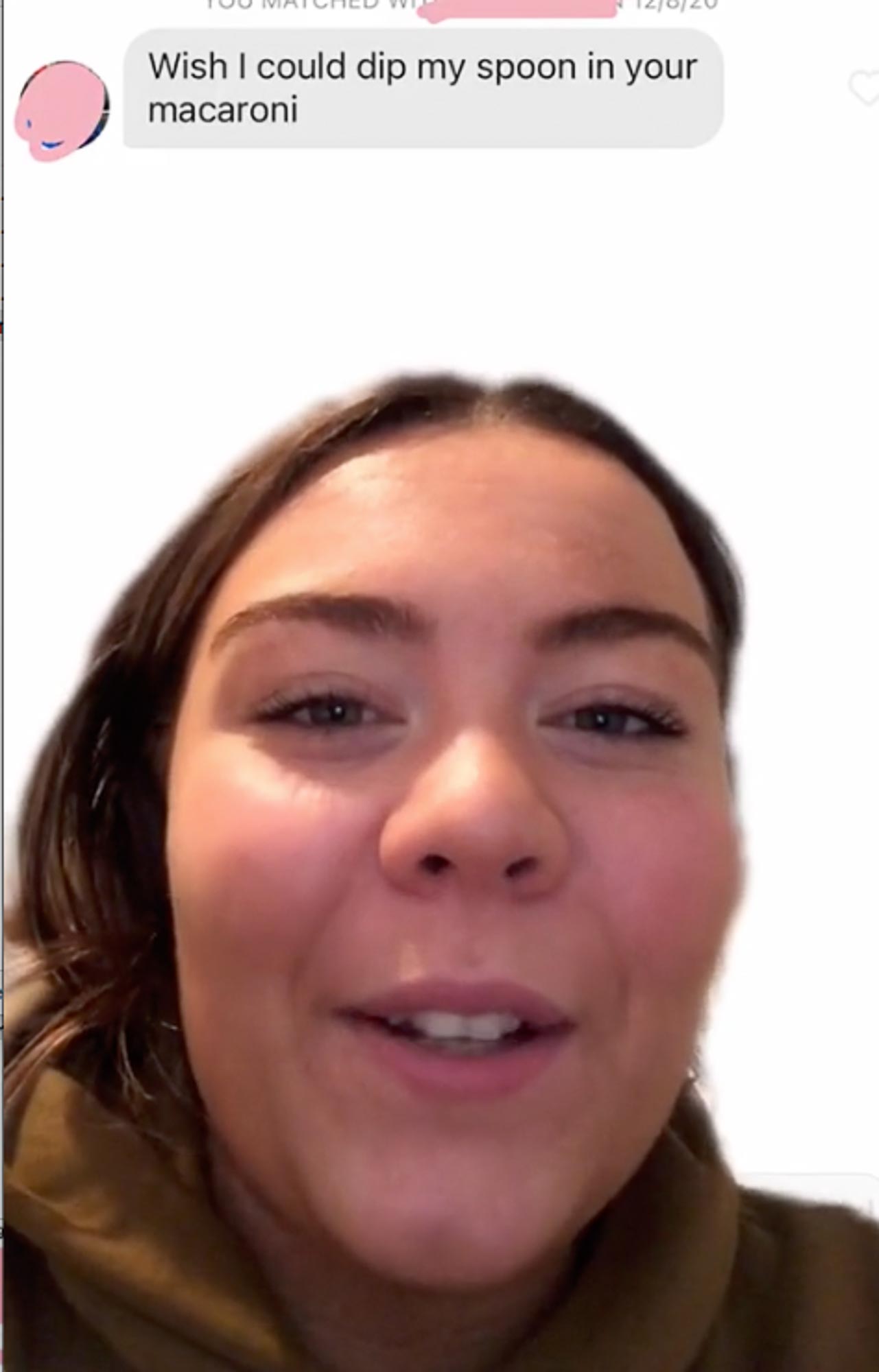 Katie Charles has shared the bizarre chat up lines she has received on TinderCredit: TikTok

She begins the video with a tamer one, reading it out she says: “Remember that time we met? It was tomorrow night.”

However, as she continues the one liners tend to get more and more lewd.

“Would I be able to have the honour to blow thy back out?” asked another very forward bloke.

In one particular bizarre message, another said: “Wish I could dip my spoon in your macaroni.” 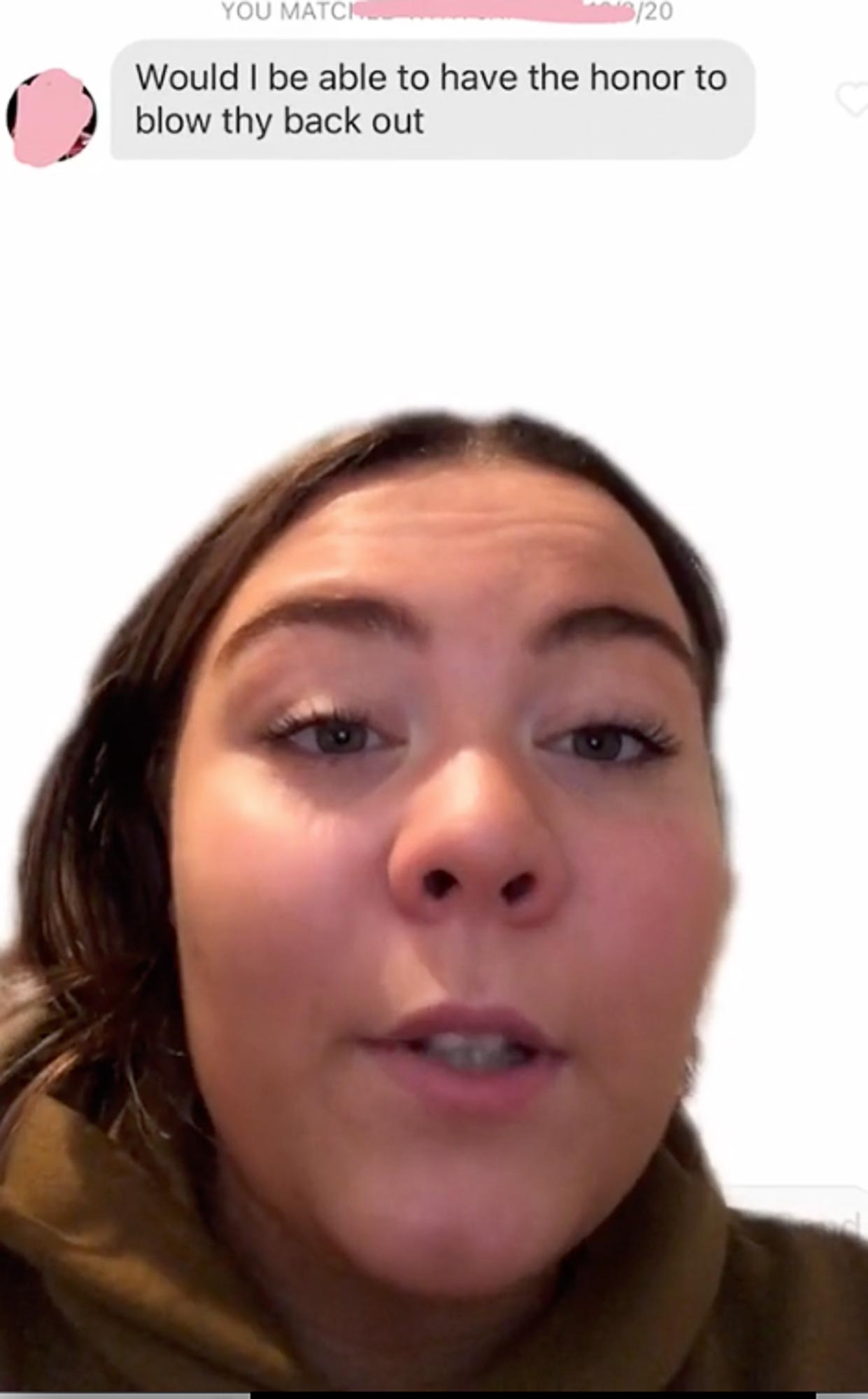 Some of them were extremely forwardCredit: TikTok 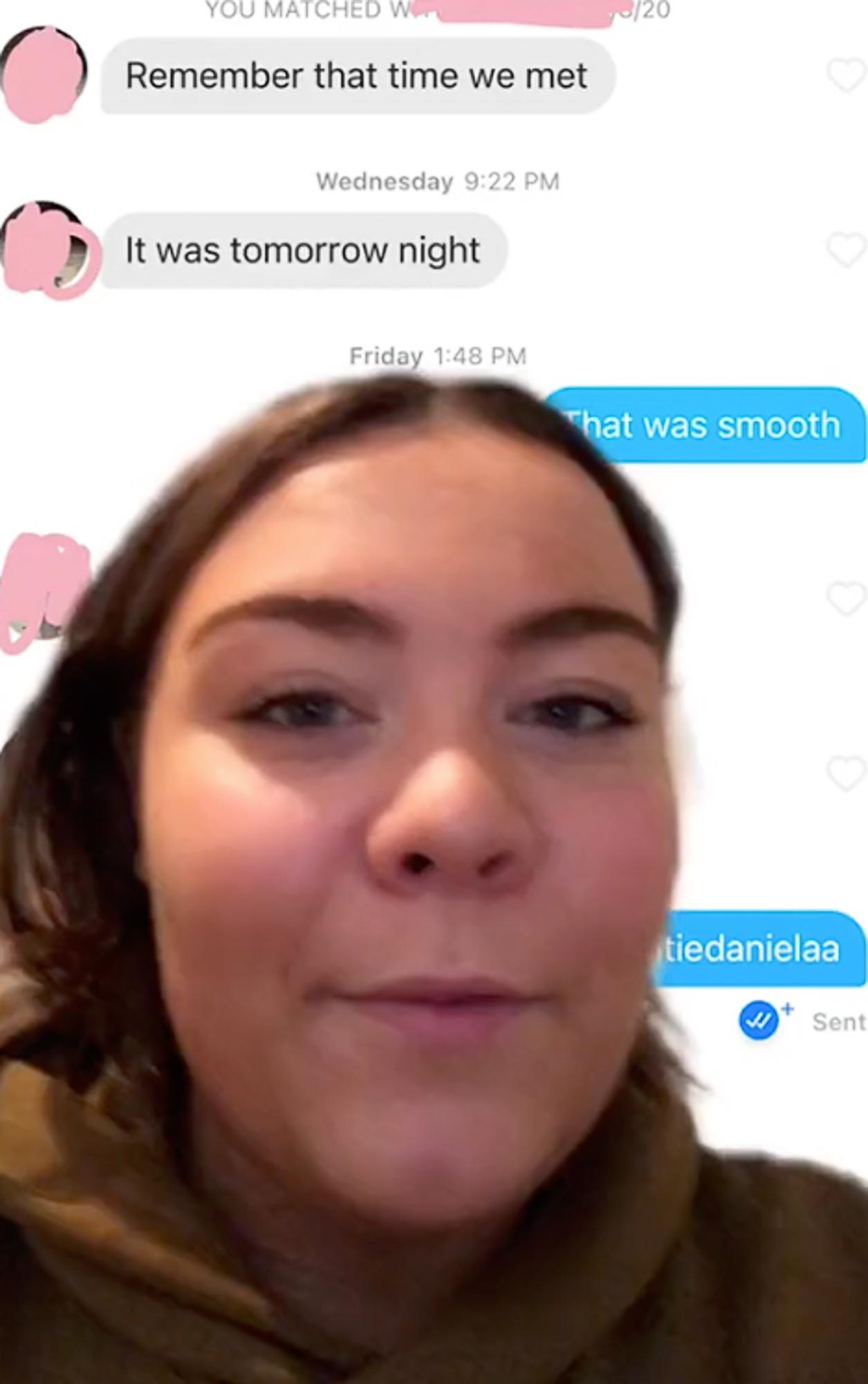 It was clear that some blokes were smoother than othersCredit: TikTok

Katie was most baffled by the next pick up line, admitting she had no idea what it meant.

“If you were a glass of orange juice, I would take five sips and bang you on the floor.”

Her favourite chat-up line came from a bloke who attempted to inject a little festive romance into his message.

“Might try and be like the Grinch this year and steal your heart instead of Christmas,” he wrote.

The video has since gone viral, receiving more than 237,000 likes from fellow singletons who are sure to feel her pain.

In other relationship news, this woman’s been on 100 virtual dates during the pandemic, and says it’s been a disaster.

And this creepy date demands naked pictures before meeting girl ‘to know what I’m getting into’.

Plus this woman blasts ‘creepy catfish’ who sent her abusive messages after dud date & told her he’d stick to ‘skinny girls’.