A WOMAN has revealed how your bloke could be using Snapchat to cheat – and shares the warning signs you should look for.

Snapchat is a messaging app designed to share messages and photos, but is set up so that they disappear after a brief time. 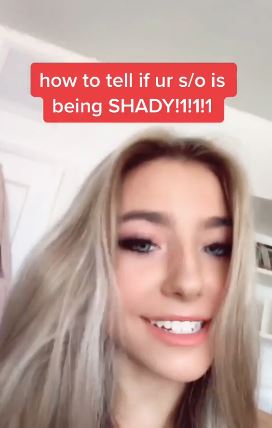 Peach Martine revealed how your man could be using Snapchat to cheatCredit: TikTok/@peach.martine

TikTok user and singer Peach Martine shared a clip on the video-sharing platform and explained how the app can help shady blokes.

Firstly, she explains that you should always worry about private stories if you aren’t on them, as this could be a clear sign he’s up to no good.

Snapchat allows you to send video and photos to your entire friends list automatically, or you can send “private stories” to only those you select each time.

Next she says: “You can only see him on the Snap map sometimes which means he’s turning on ghost mode.” 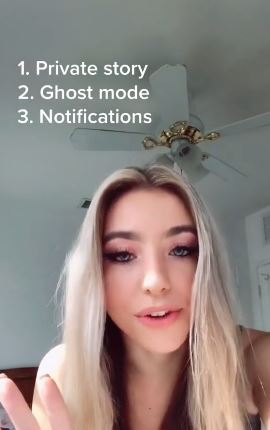 She also shares the warning signs you should look out forCredit: TikTok/@peach.martine

This is the location sharing feature on the app which updates your location depending on where you are, with ghost mode preventing friends from seeing your location

The third warning sign is if notifications are turned off, with Peach questioning, “who does that.”

Explaining the fourth thing to look out for, she says: “They’re ignoring you but your snap map says they’re active.”

Peach goes on to suggest that Snapchat shouldn’t be your man’s most used app if you regularly message them on Instagram or iMessage. 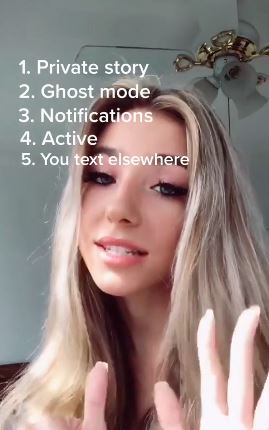 The singer previously shared how blokes can use Instagram to cheat tooCredit: TikTok/@peach.martine

And lastly, Peach says: “If you’re not on their best friends list, good luck Charlie.”

Her video has since received almost 8,000 likes on TikTok as well as thousands of comments from grateful women.

Peach previously shared the three warning signs that your man could be cheating using Instagram.

Peach has revealed how blokes can cheat using other social media such as InstagramCredit: Alamy