A WOMAN has revealed she made a spreadsheet ranking everyone she ever hooked up with – including how good they were in bed and why they broke up.

Jenny, 31, shared her meticulous data on TikTok, adding she even made colourful graphs with the information, which include a ‘subtracted reality minus expectations’ category. 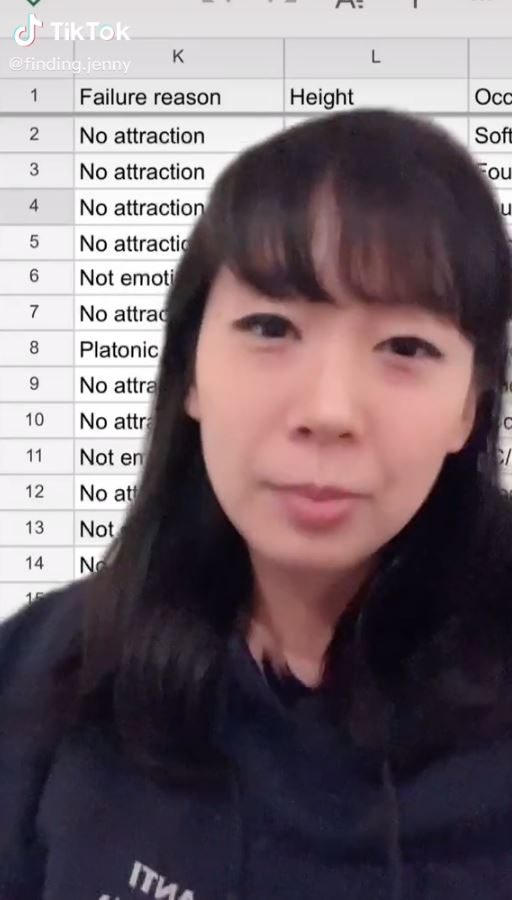 She said: “When I first started online dating a couple years ago I made a spreadsheet.

“I had things like how excited I was to meet them, how the good sex was, how I rated the first date, what did we do for the first date.

“When we meet, what app we met on, how many dates we went on, why I stopped seeing ghtem, their approximate height and their occupation.

“I made charts using my data as well, because data is beautiful.” 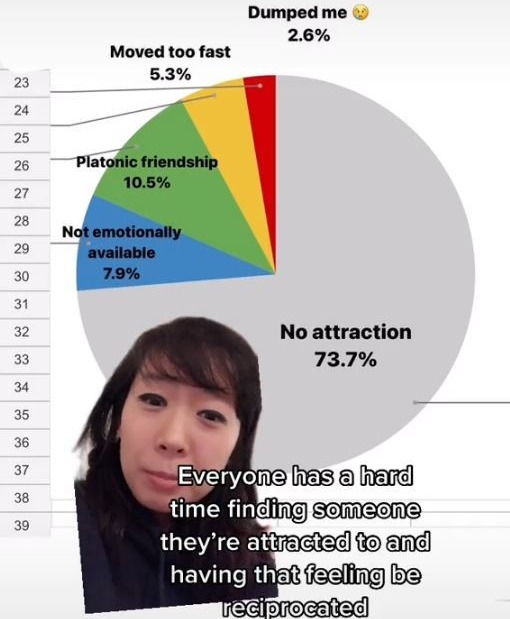 The 31-year-old made a graph of all the reasons she broke it off with a guyCredit: TikTok @findingjenny

Jenny, who’s a Saggittarius, revealed she met most of her dates on Tinder, Bumble and Hinge.

She noted that four dates seemed to be the magic number in her ‘survival curve’, as these blokes would often progress to longer-term relationships.

Jenny said: “I also made a survival curve based on how first dates convert to second dates, convert to third dates. 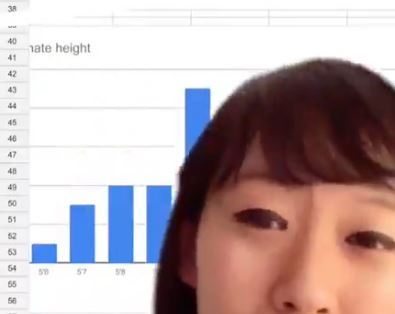 “And I found for me if I saw someone four times I’m likely to see them ten plus times.”

She crunched the numbers, and said: “About 41% of my first dates convert to second dates. And only about 20% of them make it past the third date, where I find the curve starts to drop off and flatten out.”

Jenny, who revealed she now has a long-term boyfriend, said the biggest reason a date didn’t work out was because there was no attraction.

Showing off another meticulous graph, she revealed there was no attraction with 73.7 per cent, 7.9 per cent weren’t emotionally available, 10.5 per cent turned into a  platonic friendship, 5.3 per cent moved ‘too fast’, and sadly  2.6 per cent dumped her. 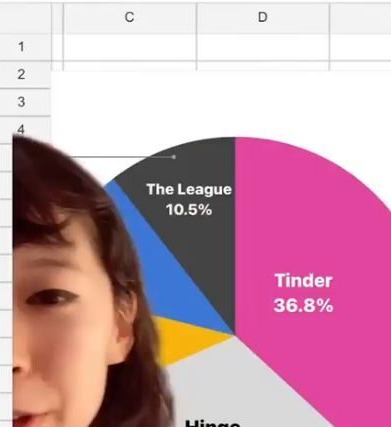 Jenny admitted people thought her graph was odd, saying: “I got a lot of comments on my last video calling me crazy for logging my dating app data but come on on, we log our sleep, our calories, our steps.

“I did this to see if i could find any trends, insights and patterns from my dating app behaviour.

“I wanted to see if how much I looked forward to meeting someone had any impact on how the date actually went.” 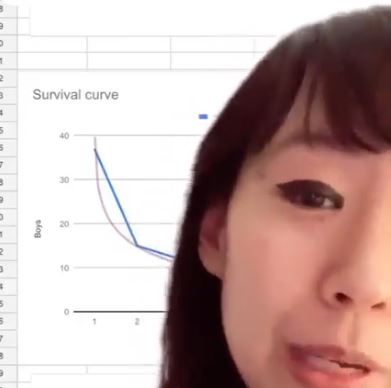 And she did have some pearls of wisdom to share, as she realised ‘dating is a bit of a numbers game’.

Jenny added: “The spark is a myth and great chemistry can develop with someone over time.”

Her videos have racked up millions of views, and some people were impressed with her spreadsheet, while others weren’t so sure.

One woman said: “I’m impressed actually but I bet if a man did that we’d all be insulting him.”

Someone else wrote: “This is brilliant.”

But a third said: “This so scary. This for real girl?”

Meanwhile this girlfriend had no idea she’d been secretly wearing her engagement ring for nearly TWO YEARS.

And this tricky Valentine’s Day brainteaser challenges YOU to find the word ‘love’ in the scattered sweets in under one minute.

And this groom’s ex heads to ceremony to STOP wedding on big day – & the bride says she’ll fight back.

Mum-of-three, 58, killed by 100mph BMW as she drove her teen daughter home from the dentist