But one woman is fuming with the card her husband got her, admitting his last-minute attempt to woo her is not ok and that he should have made more effort. 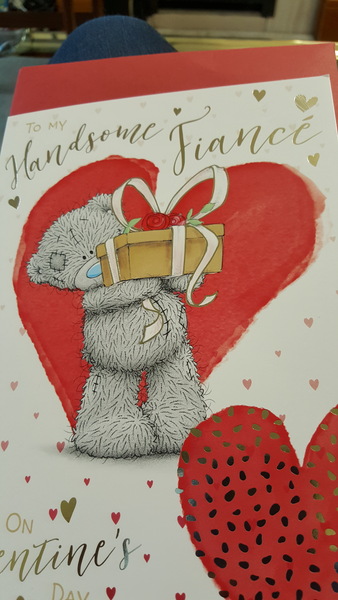 The man popped out to grab his wife a Valentine’s Day card but the sweet gesture upset herCredit: Mumsnet

While he certainly meant well – popping out to the store to pick up a card for his wife – the woman took particular aim at the design on the front of the card.

It read ‘handsome fiancé’, and most suited for an engaged woman buying for her future husband – not a husband buying for his wife.

Wondering if she was being unreasonable, she shared her concerns on Mumsnet, admitting she was a little upset.

“My husband is a typical last-minute card and present-buyer, but this really takes the biscuit.,” she wrote.

She took to Mumsnet to ask if she was being unreasonable and explained what had happenedCredit: Mumsnet

“His excuses – it was the last one left in Tesco Express, Asda was too busy and he had forgotten his glasses.”

While she was hoping for some reassurance, what she got was very different.

Many people saw the humour in the thoughtful gesture with an overwhelming amount saying they thought it was sweet.

“Hahaha! Did he go self checkout? Bless him, god does love a trier,” one said. 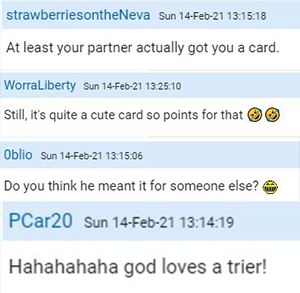 “I wouldn’t be disappointed, but may use it as a excuse for extra attention on Valentine’s night.”

Another stated: “At least your partner actually got you a card.”

“Still, it’s quite a cute card so points for that,” wrote a third.

But few agreed with one saying: “Oh my! Yeh I would have rather he didn’t bother. That’s just rude. It would be funny if your not in the situation.”

And another wrote: “That is crap! He could at least have snipped the top off, the design on the card means he could have cut it into quite a nice shape if he cut around the top heart.

“Yes I think I’d rather have had a homemade card or some kind of love voucher than one calling me a bloke. Still, at least he thinks you’re handsome!”

Plus Moonpig and Thortful customers furious after Valentine’s Day cards fail to arrive on time.

And wife roasts husband with savage Valentine’s gift of ALL the women’s Instagram snaps he’s liked – so is she in the right?