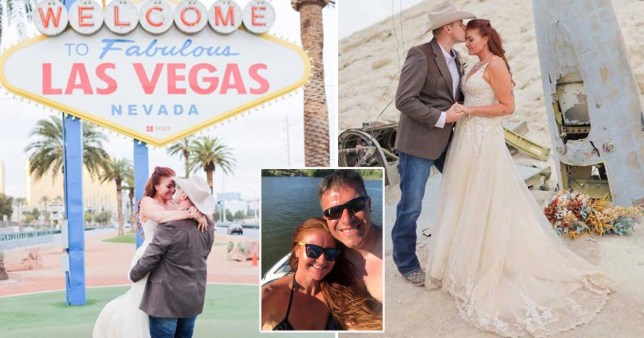 Aubry found out about her husband’s affair the day after they got married (Picture: Aubry Lyn / SWNS)

Aubry Lyn had just celebrated her wedding to partner Justin Unfred, when she received a Facebook message from a stranger.

The person claimed to be the daughter of a woman who had been dating Aubry’s new husband for eight months.

Aubry, 41, was devastated and asked for proof of their relationship – with the woman then sending screenshots showing sexual conversations between the pair.

She confronted Justin, 35, who admitted a eight-month affair with another woman – and Aubry discovered he’d even been messaging her on their wedding day the day before.

Aubry is still living with her new husband, but has filed for an annulment.

Aubry, a former massage therapist, from Vernal, Utah, US, said: ‘I am devastated.

‘I feel tricked into marrying him when he was seeing someone else behind my back. 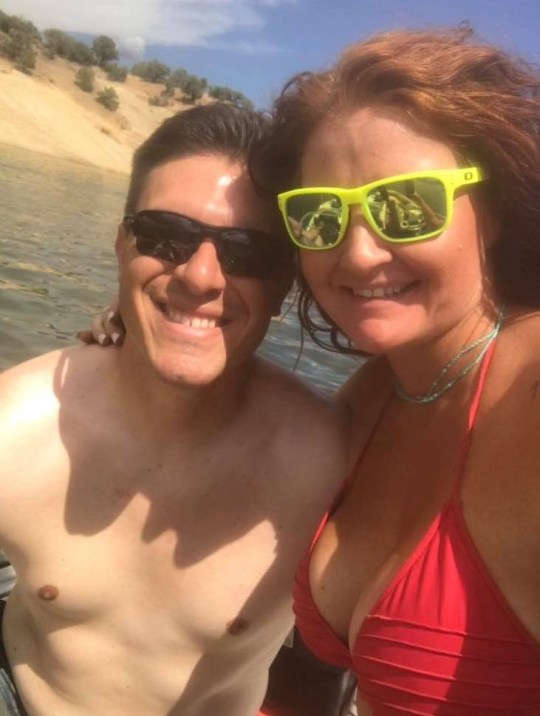 ‘I had no idea. He was nothing but lovely to me and sent me long loving texts all the time.

‘He’s very apologetic now but I don’t think we can work it out.’

The pair met in a bar in August 2018 and immediately hit it off.

‘It was intense we had so much chemistry,’ she said.

Justin was divorcing his ex-wife and he often spent weekends going to see his children. 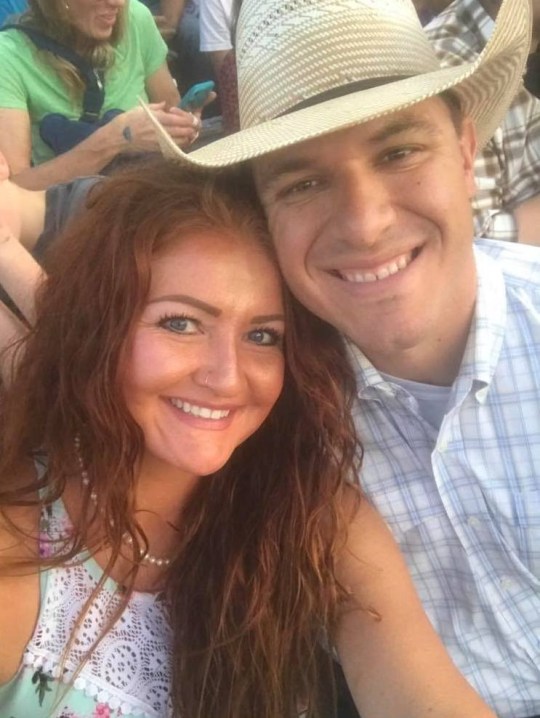 Aubry and Justin before they got married (Picture: Aubry Lyn / SWNS)

In February 2019 Aubry received a call from her best friend who told her Justin had another girlfriend who he had had a baby with.

‘I confronted him distraught and he admitted it,’ she said.

‘I found out they had then been planning on getting married.’

Aubry managed to forgive Justin and said: ‘He was so convincing.

‘He has a silver tongue.

‘We managed to move on and he ended it with the woman.’

They decided to work through this and got back together, with Justin proposing in October 2019.

‘I was a bit hesitant to say yes as I have already been married three times but he was so flattering and nothing but amazing to me,’ she said. 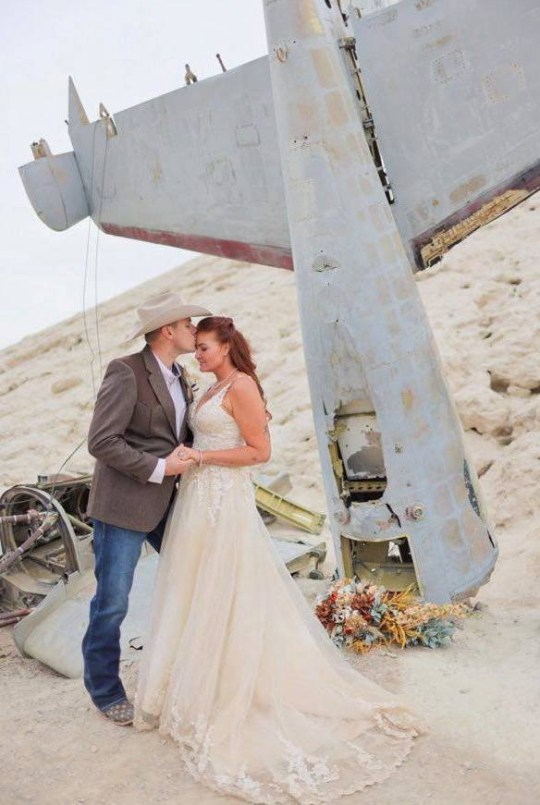 Although Aubry was in no rush, she says Justin was pushing for them to set a date.

‘I wasn’t bothered about rushing it but he was adamant we should pick a date,’ she said.

‘He was promising the moon and just kept saying things would be easier once we were married.’

On January 7 2021 the couple tied the knot in a chapel in Las Vegas, Nevada, US with just a witness.

The following evening, while waiting for a restaurant reservation, a message popped through on Aubry’s phone from a stranger.

‘It said “the man you are about to marry is dating my mum,”‘ Aubry said.

‘Justin was right next to me so I showed it to him and he denied it.

‘I didn’t know what to think – so I messaged asking for proof.’ 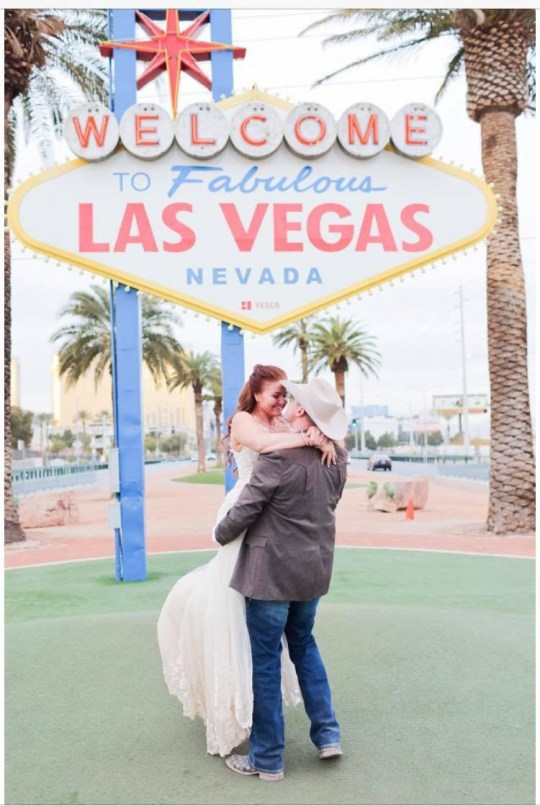 She got a message from a stranger the day after this picture was taken (Picture: Aubry Lyn / SWNS)

The stranger sent over the screenshots of conversations between her husband and another woman, she claims.

‘They were of a sexual nature and they had even been chatting on the day of our wedding,’ she said.

‘I flipped and yelled at him and threw my beer in his face.

‘I took the rings off too and threw them on the floor.

‘I drove around in an Uber for hours crying.

‘I was so crushed and embarrassed.

‘My family and friends had told me something wasn’t right but he had charmed me.’

Aubry found out Justin and his secret girlfriend had been together for eight months behind her back.

Now Aubry has filed for annulment but is uncertain whether to leave Justin or not – as their children get on and she doesn’t want to ruin relationships for them. The pair are still living together.

‘It’s been really difficult,’ she said.

‘If it wasn’t for the children it would be easier to leave.

‘I am so up and down with what to do. I don’t want to feel trapped.

‘He has been really apologetic since – and it seems sincere. But I don’t know if it is all a front. I’m devastated.’

Justin said: ‘I see what I did as a failure.

‘I am very upset with the choices I made.

‘I love her and I want us to work through this.’