AS we’re sure anyone with dating app experience will agree, it feels like you have to swipe through hundreds of profiles to find one suitable match.

And in the process of hopefully finding “The One”, you inevitably have to go on a few dud dates too. 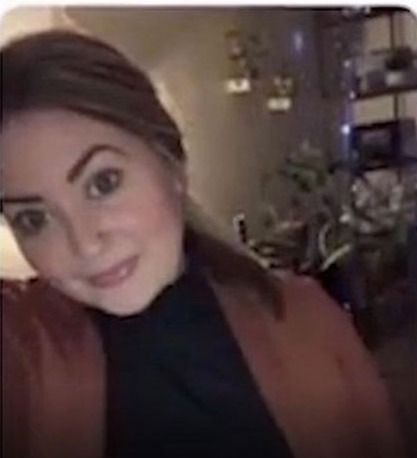 The TikTok user was inundated with messages from her date for hours afterwardsCredit: TikTok

But while we all know what it’s like to sit through drinks without a spark, at least we’ve not been subjected to a torrent of abuse for politely rejecting them.

Posting on her TikTok account, one woman hit out at her “unhinged” date who said he’d be sticking to “skinny girls” in the future.

Sharing screenshots of their messages, the TikTok user explained how she met the 38-year-old bloke at a bar in Las Vegas and was instantly disappointed that he didn’t look like his photos.

She said: “We swiped on each other and I was attracted to him because he looked like a young Harry Connick Jr. 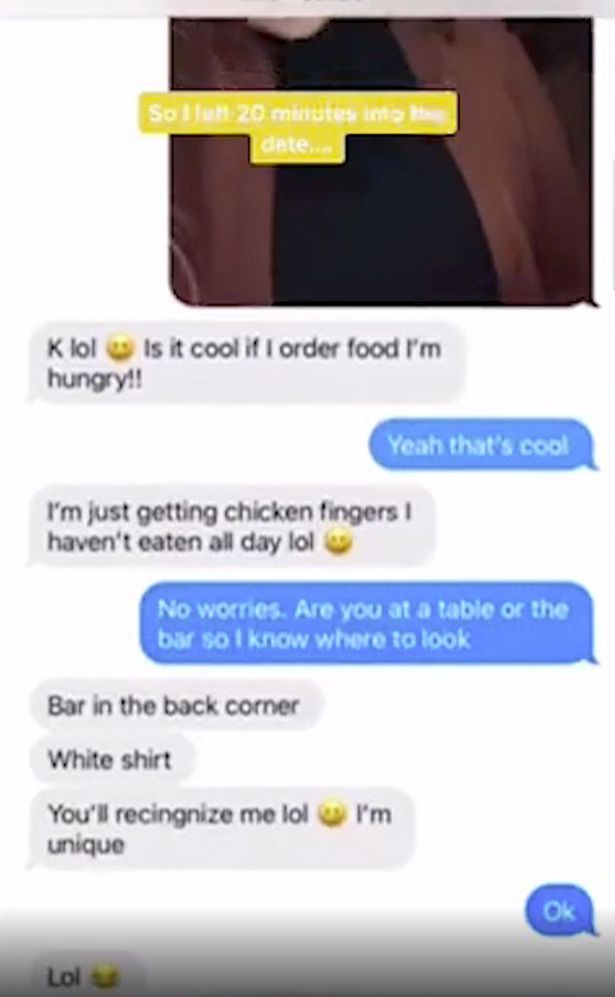 She left after 20 minutesCredit: TikTok 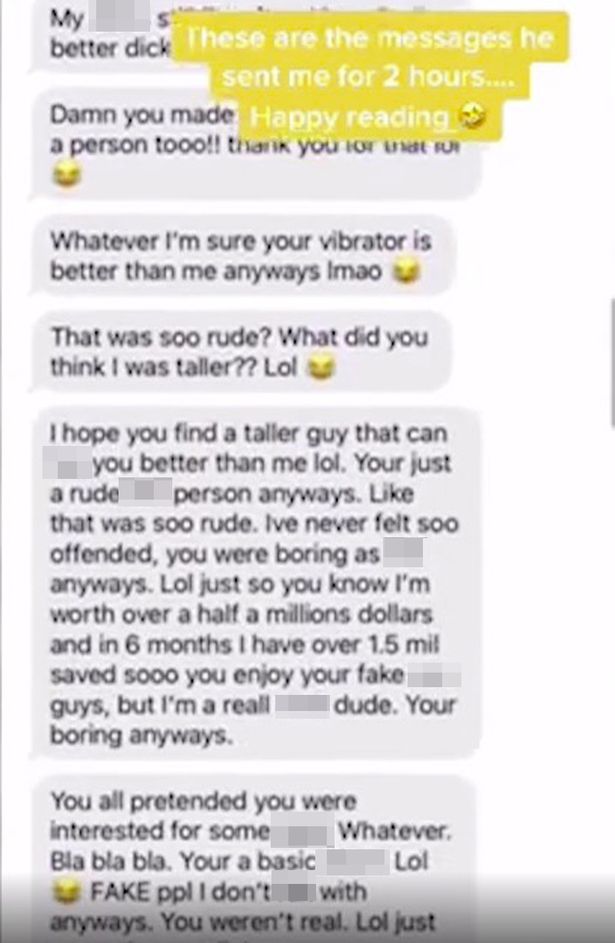 He called her ‘fake and boring’Credit: TikTok

“He was very attractive, there was only a few photos, in one he was fishing, another he was next to a campfire, another it looked like he was at a party.

“So he looked attractive and I swiped on him and we matched.

“He looked nothing like his photos. He looked worn out, he was probably five years older than his photos were. I was disappointed.”

Determined to keep the date brief, the woman finished her drink and left after 20 minutes – but shortly after, the bloke inundated her with messages. 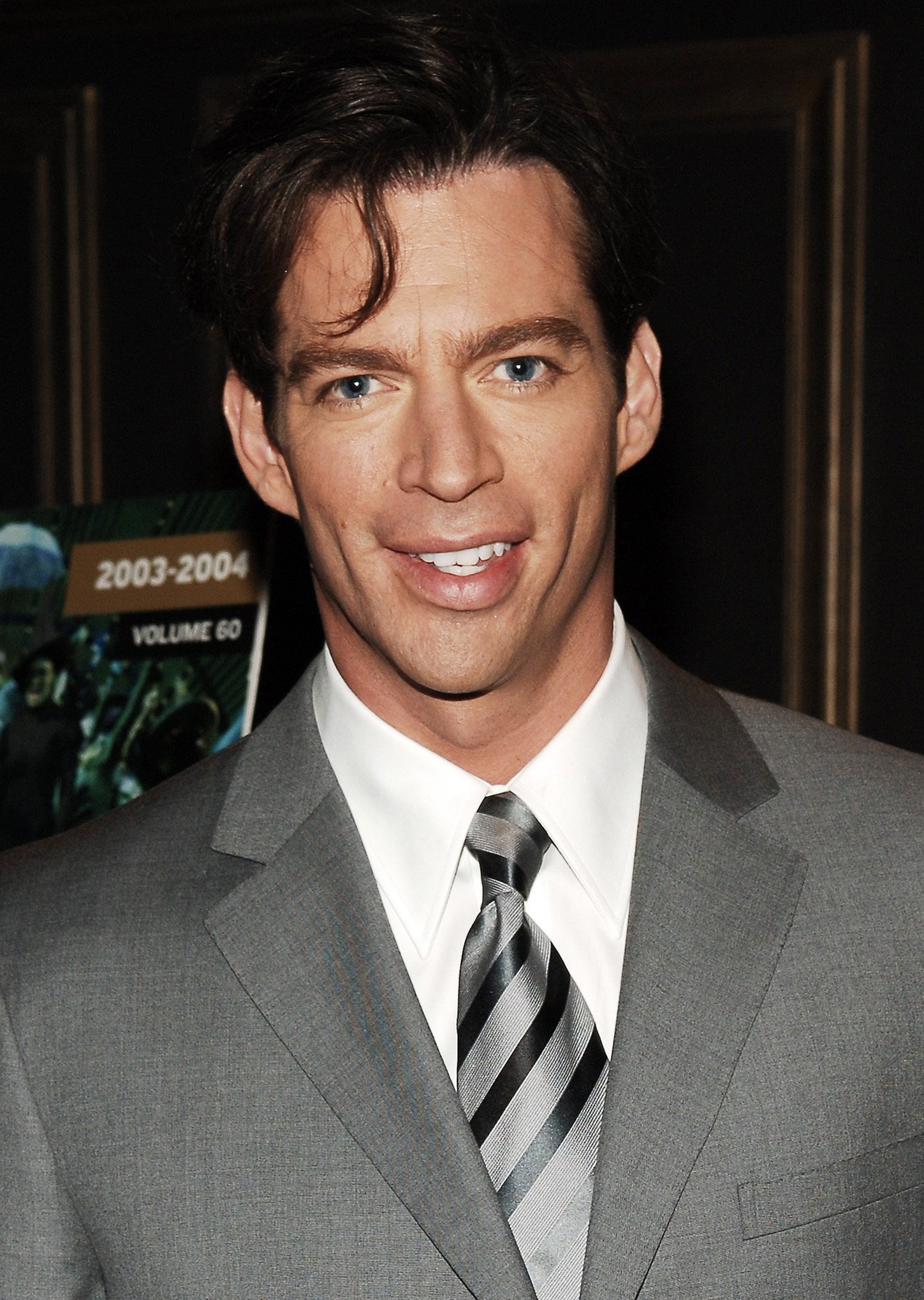 She said his pictures made him look like Harry Connick JrCredit: WireImage – Getty 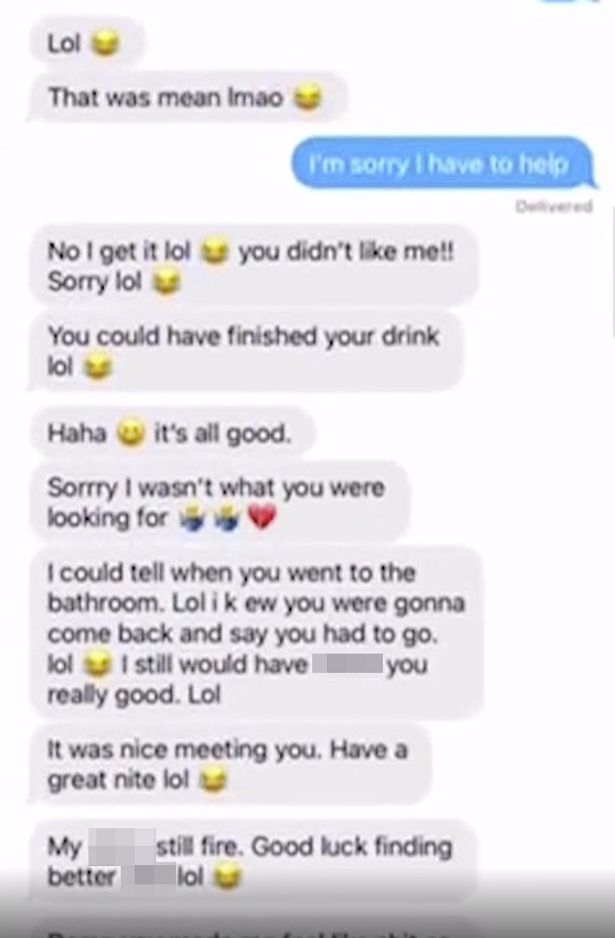 The bloke said she wouldn’t find better than himCredit: TikTok

He wrote: “That was so rude? What did you think I was taller?

“[You’re] just a rude ass person anyways. Like that was soo rude, I’ve never felt so offended you were boring as f*** anyways.

After boasting about money, he then added: “I’ll stick to my skinny girls at least they don’t judge people without getting to know them.”

For two whole hours afterwards, the bloke sent her cruel messages telling her she won’t find anyone better and that he would have “f***ed her real good.” *Shivers*

The video has racked up over 60,000 “likes” from other users would could relate to the dating app fail.

“Clearly unhinged,” one wrote. “You dodged a major bullet.”

Meanwhile, others urged her to report him to Bumble – which you can do here.

For more relationship stories, this woman revealed how she makes £220 a DAY just by texting ‘needy’ men – she doesn’t care what people think and her boyfriend approves all the messages.

And this ‘retired psycho’ revealed the four easy ways to find out if your man is a cheat & how to uncover any secret dating profiles.

Plus this woman’s dating profile went viral after a man pointed out an awkward photo detail.