A WOMAN revealed she’s been banned from family gatherings after her gran found her OnlyFans account.

The woman, called Ava Louise, shared a text she received from her mum, informing her she’s banned from the family’s next big event – Easter. 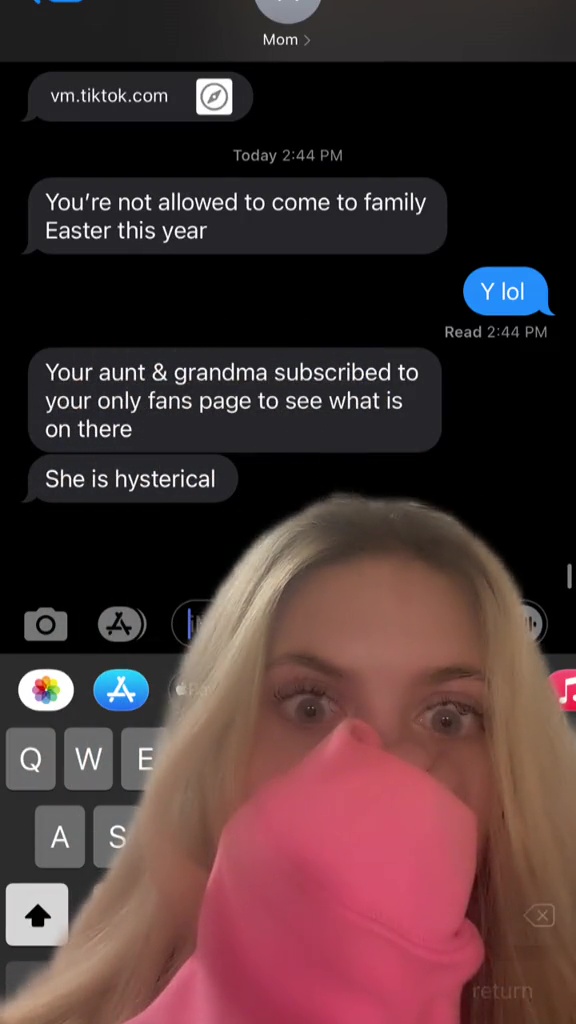 Ava shared the cringeworthy messages she received from her mum online Credit: TikTok

Ava asked ‘why’ – only to be told her nan subscribed to her racy OnlyFans account.

She shared a clip of the exchange to TikTok, with her mum saying: “You’re not allowed to come to family Easter this year.

“Your aunt and grandma subscribed to your only fans page to see what is on there. 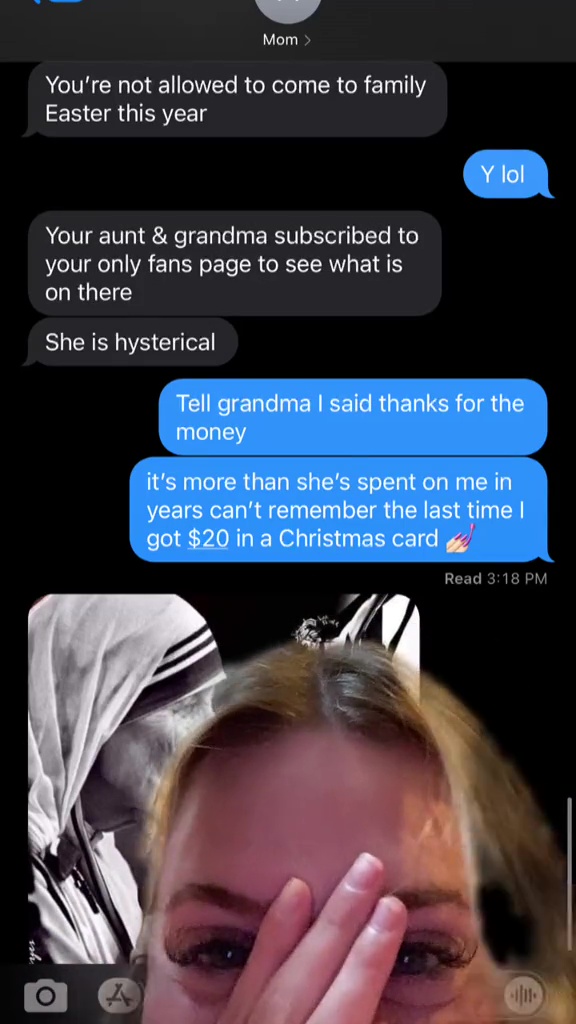 Ava’s mum claimed she was banned from future family events – including EasterCredit: TikTok

But Ava snapped back at her mum, fuming: “Tell grandma I said thanks for the money.

“It’s more than she’s spent on me in years can’t remember the last time I got $20 in a Christmas card.”

The video racked up more than four million views, as Ava said: “I’m laughing so hard.” 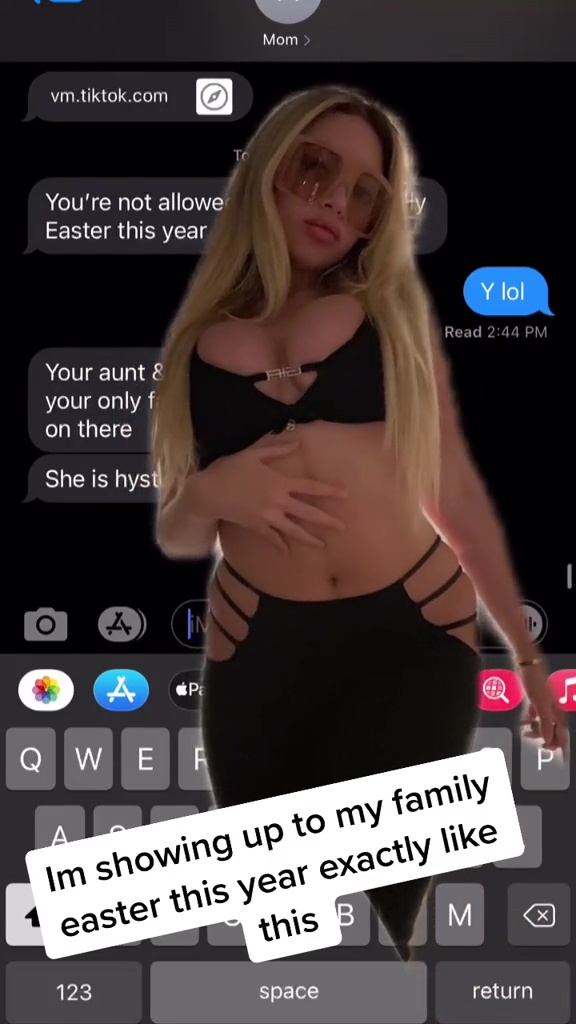 Ava put on a racy outfit and claimed she was wearing it to her family’s next gathering Credit: TikTok

And she shared a follow-up clip, showing herself in a sexy outfit, which she captioned: “I’m showing up to my family Easter exactly like this.”

People are in stitches over the embarrassing revelation, with people questioning what her gran expected to find.

Commenting online, one person said: “At least they financially support your business.”

Someone else wrote: “What honestly did they expect? Arts and crafts for 12.99 a month?”

A third asked: “Who TOLD grandma?”

While this person added: “What did they think they were gonna see? Rainbows and unicorns?”

And here’s the OnlyFans celeb rich list as stars like Cardi B & Katie Price look to make MILLIONS with steamy pics on X-rated site.

While this woman quit her job as a vicar to join OnlyFans.