‘Winter coating’: the dating trend to avoid this cuffing season 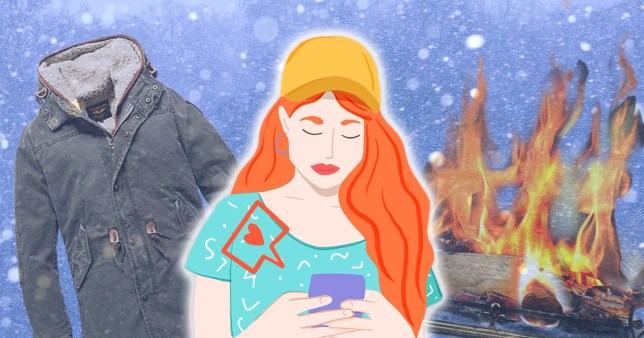 Singles beware – the cost of living crisis and the arrival of the colder months are giving rise to a new toxic dating trend called ‘winter coating’.

The temperature is dropping and the nights are drawing in, which means just one thing: cuffing season is almost here.

For the uninitiated, cuffing season usually begins around October and it’s when single people search for short-term relationships to pass the time with during the colder months.

But if the dating scene wasn’t enough of a minefield as it is, singles this year need to watch out for a new cuffing season trend called ‘winter coating’.

According to dating app, Inner Circle, winter coating happens ‘when people get back in touch with old flames to land themselves an easy, seasonal partner for the winter months.’

As the cold weather kicks in, these winter coaters go back to someone they dated before in an attempt to hit it off again. But as soon as the first sign of spring kicks in, they’re ditched and forgotten about once more.

A little bit like how you pull your trusty, familiar and comfortable winter coat out of the wardrobe, only to shove it back again when the sun shines again.

Crystal Cansdale, dating expert at Inner Circle, said: ‘Winter coating offers the comfort of staying inside, watching Netflix and not actually dating, with someone you’ve already established this dynamic with.’

She warns against it, though: ‘If someone is winter coating you, it might feel exciting to hear from them again.

‘They’ll be steady and dependable through the winter and it might seem like they’ve changed. But when the first sign of spring comes around, history will repeat itself and they’ll disappear into thin air.

‘Winter coating takes toxic cuffing season behaviour to a new level – and unless you’re 100% on the same page as the other person, it has to stop.’

Experts at Inner Circle coined the term after they conducted some research with 1,157 ‘actively dating’ UK singles aged 18 and over.

They found that more than half of the singles they asked have been contacted by an ex before (and winter is when it’s most likely to happen), which isn’t a good thing – since for 71% it doesn’t work out.

Also, since everything costs so much but wages aren’t going up, almost half (41%) are cutting back on the costs of the talking stage by returning to past flings.

Don’t have to impress them with expensive date nights when you’ve already dated them before, I guess.

Is Jeremy Paxman married and does he have any children?