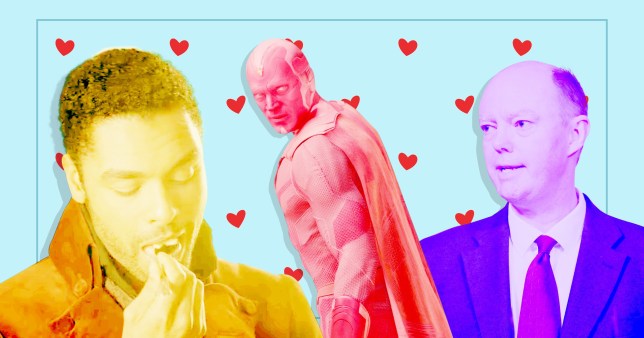 Have you found yourself with strange crushes in lockdown? (Picture: Netflix/PA/Disney

Sophie (for reasons that may soon become clear, this is not her real name) has recently fostered a deep and intense lockdown crush.

She started to feel like there could be something there when the man in question waltzed into her life quite by surprise, and as she became more invested, she found her intrigue had manifested into full blown obsession.

Sophie’s crush is not a work colleague she’s got chatting to over Zoom or a neighbour who caught her eye from afar as they both worked from home.

While Sophie doesn’t doubt Paul Bettany is a heartthrob in his own right, she only specifically fancies him as the character of Vision (sorry Paul, red just really is your colour).

‘He is pretty hot, particularly in that turtleneck,’ says Sophie. ;But I think it’s his dynamic with Wanda that turned me on to him. He clearly loves her and their family, and his willing to fight for them is attractive.’

Sophie is not alone in her newfound thirst, with Vision having become the internet’s new boyfriend during WandaVision’s nine episode run. People on Twitter gushed over his ‘princely’ demeanour, being ‘sexy AF’, and one particular fan saying he’s a fan of Vision’s ‘big Vibranium dick energy’

While a bright red robot would not be immediately sexy outside the context of the Marvel Cinematic Universe, developing feelings for superheroes is not actually too uncommon, according to dating and relationships expert Sarah Louise Ryan. 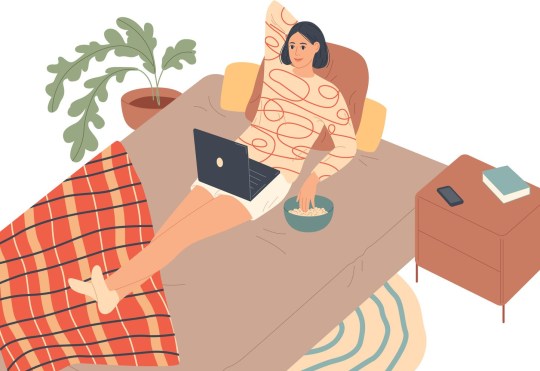 Being cooped up inside with minimal physical touch has allowed our horniness to run rampant (Picture: Getty Images/iStockphoto)

‘It’s normal for human beings to be attracted to someone who has saved them,’ she explains. ‘By default, people may find themselves attracted to people who have done things that might pop them under the hero/saviour/knight category for romanticism.”

This idea of heroism can be interpreted in more ways than one, particularly in the context of the coronavirus pandemic. Everyday people are being widely praised for their contribution in helping the nation get through an often harrowing and emotionally overwhelming time.

Those who wouldn’t particularly be romanticised outside our new ‘normal’ circumstances are now being lusted over in large, guilt-free droves.

Our more peculiar pandemic pin-ups include Chief Medical Officer Chris Whitty, alongside Chancellor and ‘Tory Totty’ Rishi Sunak (who has since been dubbed Dishy Rishi by some).

Sarah Louise explains that being suddenly smitten with these sorts of prominent figures is a result of both exposure and power.

‘People are definitely feeling more vulnerable right now with many seeking solutions, sense of direction and information,’ she says. ‘It wouldn’t be surprising if people feel a sense of being soothed in any of their stresses by the likes of Chris Whitty or Rishi Sunk during these times.

‘It’s not just their power in this situation (despite many people being attracted to power) it’s also in the knowledge they share.

‘Many may be attracted to how they feel when the likes of these people share information about the next steps of the current UK state of play. People may equate these feelings with attraction for a person.

‘We develop an attachment to people who are familiar. It all starts with attraction but the more familiar people are to us the more we are emotionally and intellectually stimulated by them.

‘By seeing someone consistently on TV, we become more familiar with them hence – being able to lend itself to a crush developing.’

People are still attracted to more ‘traditional’ crushes, such as Normal People star Paul Mescal and Bridgerton’s Regé-Jean Page – but even these more ‘understandable’ lockdown loves have been intensified and expressed in more unusual ways.

The internet collectively lost its hive-mind over its thirst for Connell’s chain, which has since been auctioned off to lusting fans, while others actually wished they could swap places with a spoon that the Duke of Hastings licks in one eyebrow-raising scene. 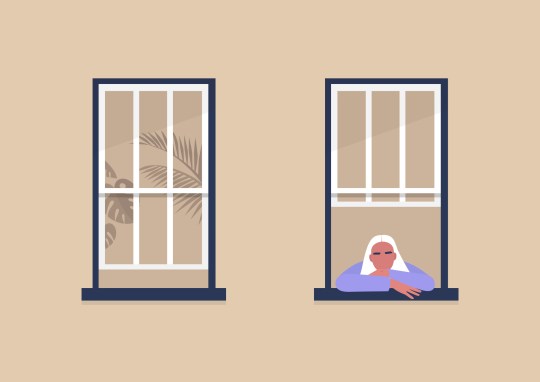 If you’ve found yourself with a case of lockdown longing, you’re certainly not alone (Picture: Getty Images/iStockphoto)

Sarah Louise says people have been more ‘sexually triggered’ while in lockdown, associating items with intimate moment with these actors.

‘They have seen these actors with particular objects and in intimate scenes emotionally and sexually on screen,’ she says. ‘Perhaps the fixation on those objects takes them to moments on screen with these characters where they fantasise about themselves being in moments with them, off screen.

‘They are tangible things that they may associate with moments on screen that may have consciously or subconsciously stimulated them emotionally, intellectually or sexually.’

And, of course, being unable to exorcise our IRL lust in the usual ways (namely, hooking up with people) will only intensify our longing.

‘Sex has been off the table, which can be confusing for people on the search for serious, committed relationships,’ says Sarah. ‘That is simply because the brain can confuse the infatuation caused by lust in the beginning stages of dating someone new with love.’

This newfound chaotic horniness might not be restricted to lockdown.

Sarah believes that a year of lusting after people we might not usually go for could permanently alter who we fancy in the future.

‘So many people have become acutely aware of how precious life and time is, singles are now far more interested in investing their energy in more authentic, connected conversations that leads to meaningful monogamy,’ Sarah Louise says.

‘Many have had time to consider who they are, what they truly want and figure out what hasn’t been serving them in all parts of their life.

‘A bigger focus has gone onto values, lifestyle and mutual relationship goal with a honing in on emotional, intellectual and sexual compatibility.

‘The surface level singles culture is on the decline – people are searching for deeper connections and meaningful interactions rather than just short term crushes.’