If there’s one emotion that appears to define the human experience, it is surely romantic love.

It seems we homosapiens are either looking for it, running from it, falling into it, recovering from it or substituting it with online shopping and chocolate. It’s the driving force of most artistic narratives and if pop music is to be believed it is not only all we need, but also, handily, all around us.

But contrary to overwhelming discourse around human behaviour, there are some people who just don’t experience romantic love.

For this sector of the LGBTQA+ community, romantic love just isn’t on their radar and no amount of shared experiences, or drunken revelations over Elton John ballads will change that.

These are the aromantics – and there’s more of them than you think.

Maria, 46, came out as aro in 2020 after decades of trying to conform to the social norm of coupling up.

The Manchester musician said her lack of romantic feelings frequently made her feel ‘like a meanie’ describing herself as ‘differently wired’.

Maria tells Metro.co.uk: ‘For years I felt like there was something wrong with me.

‘I’ve never understood the need people have to be in relationships with the smothering and constant togetherness. I’ve never got why friends feel so compelled to find somebody. I really don’t feel like I’m missing out on anything.’

What Maria is describing are classic characteristics of aromanticism, defined as ‘experiencing little to no romantic attraction’. It isn’t a preference or even a personality trait, but an inherent process of experiencing connection with others.

Sex Therapist Holly Richmond, PhD, explains: ‘Aromantic means that bonds are formed without romantic intention. This can mean a bond is formed purely platonically, or I personally believe a bond can be formed purely sexually as well.’

Some aros are ‘romance repulsed’, which means anything related to romance (rom-coms, wedding dresses) can cause feelings of disgust.

A milder version of this would be a bit like getting the ick.

Though Maria isn’t romance repulsed by films or songs, courtship behaviours such as holding hands turn her stomach. However, friends assure her she is an ‘intensely caring person’ who is deeply invested in the familial and platonic relationships she has.

There’s little data exclusively on aros, but the 2018 Asexual Census suggests they make up 30% of the ace community.

Visibility is growing. Bafta Award winner Michaela Coel considers herself aro, as she told Culture Trip in 2018: ‘I Googled aromanticism and I very much felt like, “Oh, that’s me”. Which means if you tell me to dress up nicely because we’re going to go to a dinner with candles, it’s not going to mean a lot to me. Like weddings and the expense of these things – I would rather settle for the rest of my life with a person.’

Lack of romantic feeling is a source of shame for many aros. ‘Broken’ is term many used to describe how they feel, along with ‘robotic’ and ‘heartless’.

Like twice-divorced Maria, many aros have tried conforming to the usual narrative of finding a partner.

Nik Hampshire, 33, said he spent years, ‘just doing what I thought I was supposed to do’ regarding dating. 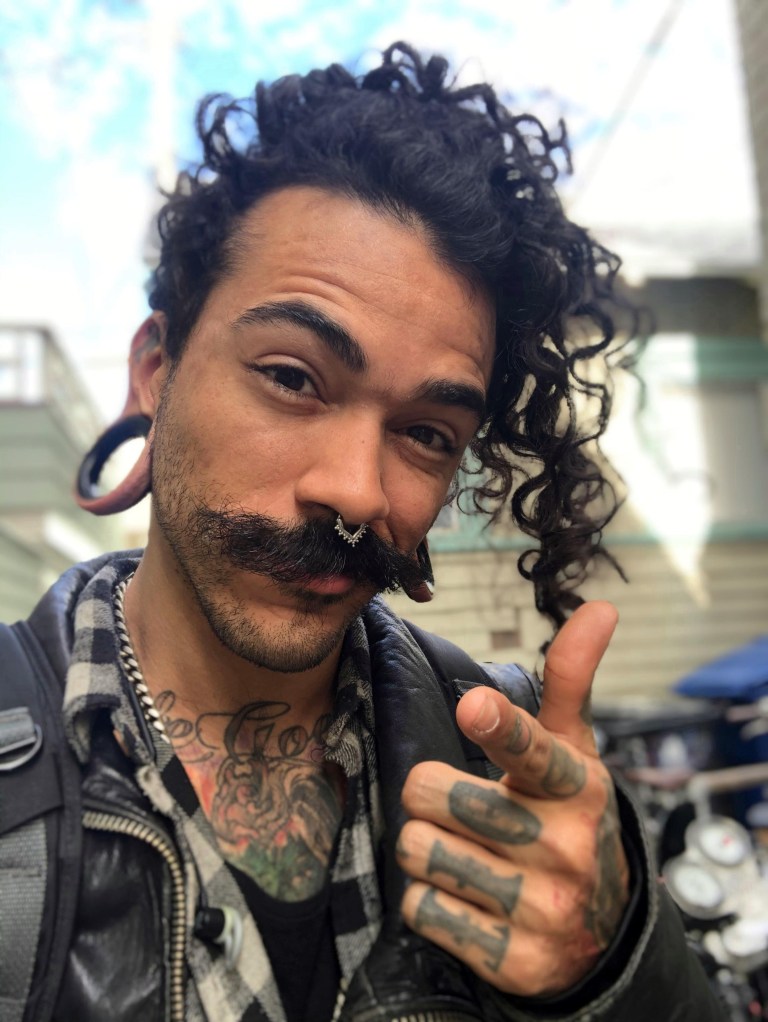 Nik Hampshire only discovered the concept of romantic orientation a few years ago (Picture: Nik Hampshire)

The Californian content creator said: ‘It seems like anytime I’ve tried being in a romantic relationship I’m lacking something that my partner requires. There seems to be some emotion needed that makes me want to be with that one person and I just don’t feel it. I didn’t learn about romantic orientation until about six years ago.’

A person’s romantic orientation describes the gender(s) they feel romantically attracted to, meaning none for aros.

For many this is entwined with their sexuality, but not exclusively. For example, some women enjoy sex with other women but only form romantic attachments with men. This would be defined as being bisexual and heteroromantic.

As we tend to equate sexuality with relationships, it is often assumed aromantics are also asexual – which is not always the case.

Nik discusses this on his YouTube channel, explaining that if he wants to engage sexually with a friend, it will never go beyond a friends with benefits dynamic.

It would be easy to dismiss Nik as a commitment-phobe, hiding behind the aro label to avoid emotional responsibility towards sexual partners. But this isn’t the case.

Nik isn’t avoiding romantic intimacy, he’s incapable of it. Moreover, he’s completely upfront about his limitations prior to sex. Despite his openness, Nik said he’s lost friends to romantic emotions.

Nik tells us: ‘I am clear from the start how I work, but sometimes people do catch feels and of course I feel bad. It sucks when I lose a friendship.’

This could be considered even more controversial for female aros, who are conditioned to seek a ‘happily ever after’ from infancy. From women’s’ mags to chick flicks, finding a life partner is pushed as the prerequisite for happiness and the definition of being a functioning adult.

Although female sexually is becoming less stigmatised, casual sex is typically considered part of the journey towards meeting ‘the one’; a distraction from being single until love takes root. This belief applies to both sexes, but is especially linked to women, with the additional conflation of sexual appetite with morality.

Susie*, 32, from Bristol was called a ‘sociopathic whore’ for not wanting a romantic relationship with a man she’d had sex with.

‘Cuddling up on the sofa or holding hands over dinner just feels alien to me,’ Susie explains. ‘For me, sex is about fun and I have to like the person, but it doesn’t lead to me feeling emotionally dependent.

Confirmed Spinster or a Jill-the-Ladette aren’t terms used to describe single women, nor do slurs such as ‘slut’ or ‘hoe’ have any male equivalent. This double-standard makes being aro but allosexual (feeling sexual attraction and desire) particularly hard for women.

Makayla, 27, from Derby, says: ‘It is expected for women to pine over the thought of getting married or having a romantic partner. People always assumed that I was settling for the FWB relationship I was in.’ 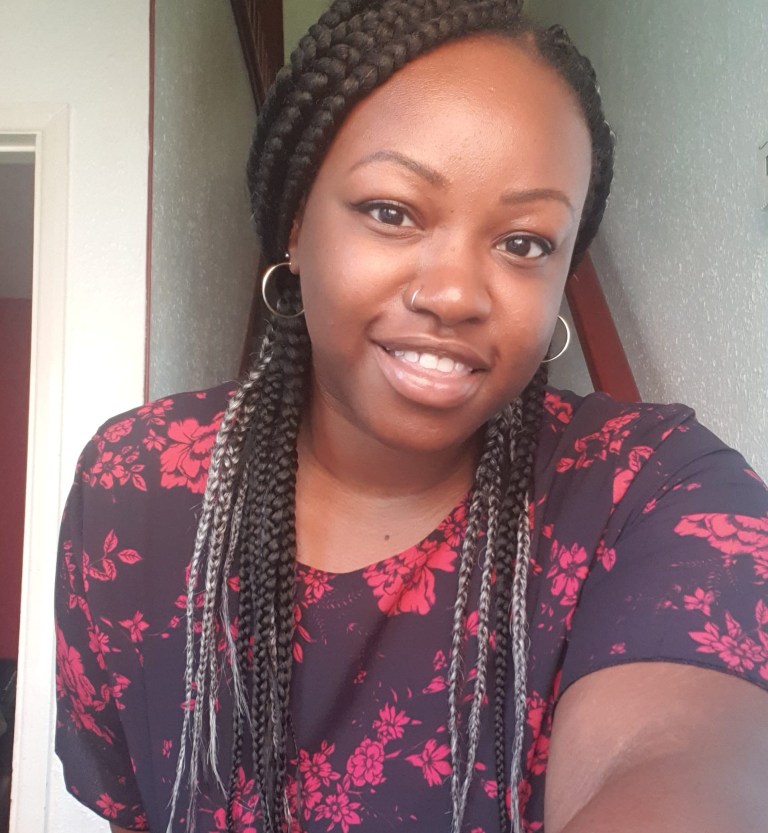 Makayla has felt shamed for being aromantic (Picture: Makayla)

Having been in this dynamic for several years, Makayla and her friend attempted a romantic relationship, which failed.

Makayla explains that she can’t understand, feel or relate to romantic love, which has caused her problems.

‘I was with a partner for a couple of months and he was upset that I said I loved him but I never said I was in love with him and that blew my mind,’ she notes. ‘Like, why would I say that? It makes no sense to me.’

When Makayla talks about partners, she is describing someone she is close and sexually active with, but not romantically involved. This is sometimes called a ‘queerplatonic’ relationship (QPR), which is an umbrella expression to describe an emotionally invested relationship outside of the existing romantic partner or ‘just friends’ categories.

Some aros like Maria don’t desire a uniquely intertwined dynamic, whereas others like Makayla do. Nik says that though he doesn’t feel the need, he is currently in a QPR with a fellow aro.

When asked how this differs from other friendships, he says: ‘We’ve been spending more time together than other friends or partners.

‘We’ve both been interested in being parents so we’ve discussed having kids together which also means possibly living together, though we’d need our own rooms.’

Another aro who engages in QPRs is life coach Nancy Shanteau, from California.

Nancy, 49, has been in a dynamic with her friend for several years, with the pair sharing a phone plan and undertaking joint house projects, though they live separately. 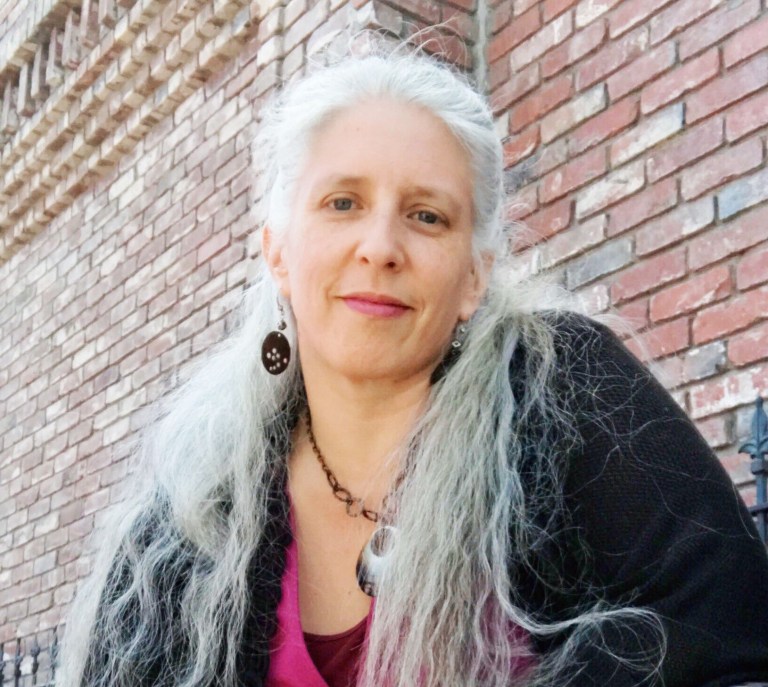 After embracing Andie Nordgren’s Relationship Anarchy ideology, Nancy discovered solo-polyamory, which involves being open to multiple partnerships without differentiation between people. This differs from polyamory in that solo polyamorists don’t usually consider themselves to be part of a couple/throuple or any kind of relationship unit.

Nancy, who came out as aro two years ago, says: ‘I realised I don’t have romantic desire and in previous relationships I would perform romantic activity without feeling it.

‘I spent a lot of time wondering what was wrong with me.

‘I knew I never wanted to get married and have a pretty strong aversion to going to ceremonies. I wanted independence and to live alone and have lovers because I like sex, but not be beholden to anyone. That’s what I’ve found with solo-polyamory.’

Turns out that’s bloody elusive. Many definitions are predicated upon lust or monogamy, which aren’t wholly conclusive.

Generally speaking, romantic love involves craving specifically intimate interactions and feeling deep emotional connections with someone with the expectation of that union continuing and developing into the future.

Overpriced bouquets and slurping spaghetti by candlelight are simply the cultural signifiers of the feeling of excitable affinity which is romantic love. It’s this specific and highly idealised form of affection that aros cannot experience, but the countless other forms of love are often a huge part of their lives.

This sentiment is echoed by Nik, who says: ‘I love my family. I love my friends. I even love the friends of mine that I’m sexually actively with.

‘I’m just not in love with them and never will be.’

Ultimately, for all the societal expectations of how people should navigate their relationships, everyone experiences connections differently.

Today we place so much emphasis upon romantic love as the remedy for all emotional ills and the marker for personal success. Not only does this place absurd pressure on people to find a partner and make those who haven’t feel unworthy, it also devalues the multitudes of other relationships humans experience.

It has taken many decades and countless heroic individuals to widen the expectations surrounding who we should love.

In time, hopefully we can become less prescriptive about how we love, too.