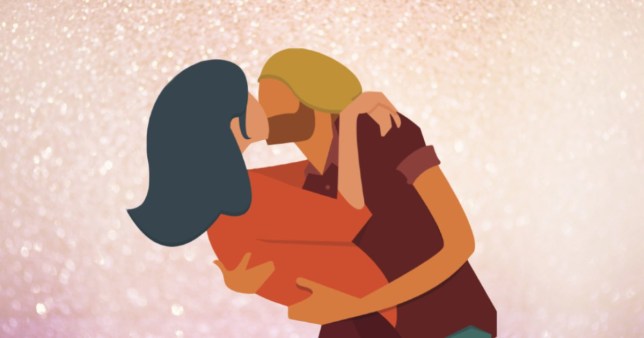 People can’t get enough of cowgirl and 69 (Picture: Getty)

Do you love the Eagle sex position? You’re probably a Londoner, or perhaps a Midlander.

A new survey has revealed the UK’s favourite sex position, city by city, with cowgirl and 69 coming out on top.

The research, carried out by online marketplace Onbuy, spoke to people residing in a town or city with a population of over 100,000 people.

They found that 11 cities named missionary as their all-time favourite, but double that prefer the Eagle . This is a position popularised by Love Island’s Curtis Pritchard, which is like missionary, but with the bottom person’s legs spread out.

And Londoners love it, naming the Eagle as their favourite, while 36% of people in the East of England say it is their preferred position.

The experts in OnBuy’s sex toy division found that standing sex is popular in the North East with 50% citing it as their fave, and 29% of the South East saying the same.

69 is another position among the top, with Yorkshire, The Humber, (33%) and Edinburgh enjoying the oral game.

Many of us will be aware of what some of these positions entail, but there are a few on the list that may be less known.

The Lotus, for example, is when the person penetrating sits on the bed, while the other person sits on top of them, with their legs around their waist

The Eagle has three variations; the Spread Eagle, Exposed Eagle, and Soaring Eagle.

In Spread Eagle, the person on the bottom has their legs spread out to the sides (in other words, spreading their wings).

For the exposed version, the person with the penis (whether real or rubber) needs to sit down on a flat surface with their legs spread.

Then the other person climbs on top and they sit together in Lotus. To make the Lotus into the exposed eagle, the woman needs to arch backwards and lie on top of her partner’s legs, which will expose her breasts. For stability, slide your legs down to either side of your partner’s hips.

And while you’re probably aware, reverse cowgirl is when one person (usually the woman) is on top but with her back turned to the person on bottom.

If you haven’t tried some of these before, this Valentine’s weekend might be the best time to start.

Chelsea blow with Kai Havertz NOT in training again… but Bate, Livramento, Colwill, and Anjorin called up to first-team