THE idea of being with someone for the rest of your life isn’t as simple as it sounds.

The reality of marriage is that it is riddled with ups and downs; plus, it takes a lot of work and effort from both partners to maintain a long-lasting and healthy marriage.

These are the 10 surprising signs your relationship will end in divorceCredit: Getty

However, there may come the point where you look for telltale signs that your marriage is over. Sometimes no amount of effort is enough to save a marriage and it can be time to call it quits.

Ruby Payne, relationship expert at UberKinky, said: “It all comes down to treating your partner like a human being, by showing them respect and understanding.

“A lot of relationships break down when people just stop being nice to one another. I’m not saying you should never disagree or even argue, but don’t nitpick for the sake of it or be spiteful when you’ll regret it.

“Regardless of how long you’ve been together, there are two areas you should never stop working on: your relationship and yourself.

“You should be communicating, sharing, laughing and being friends with one another, as well as a healthy sex life, are all signs of a strong relationship.

“When it comes to yourself, be sure to carve out time to look after your own wellbeing. Focus on self-care (whatever that looks like for you), and having time to do what you enjoy. So many people disappear into their relationship and forget to pursue their own interests.”

Ruby explained some relationships just don’t work out in the long term.

Whatever the reason, if you find that you can’t fix your problems, or if the desire to fix isn’t present anymore, then sometimes it’s better to part on friendly terms.

It doesn’t mean either of you has failed, it simply means it wasn’t meant to be.

A telltale sign that your marriage will end in divorce is if you feel nothing when you think about them with someone else.

Ruby said: “Try thinking about your spouse being with someone else – whether it’s an emotional affair or physical – if you feel that pain in your chest, then there’s still hope.

“But if you feel nothing or even hopeful, it’s generally not a good sign.

“If the thought of your partner with someone else devastates you, then your feelings and the spark are there somewhere, along with your drive to fix things.”

But if you’re nonchalant about the idea, then what’s left to fight for?

Another sign that the marriage might end in divorce is if there is no sex – as Ruby explained physical intimacy forms a key part of any healthy, long term relationship.

She said it may not be the be-all-and-end-all but if it’s been several months or even years, then it may be a red flag. But it’s never as simple as ‘no sex = divorce’.

Ruby said: “Everyone wants to be loved and feel special in their relationship, and sex can be an important part of that.

“If someone feels sidelined or unloved, they may go looking for that elsewhere, or just throw in the towel and say they deserve better.”

While every relationship and marriage goes through rough patches, it’s the willingness to try and fix things that’s important, so if you or your partner no longer have that drive, it may be a sign.

Ruby said: “Some people find their feelings diminish over time or there’s too much resentment built up in the past.

“If you’re not willing to approach these issues, deal with them and let them go, then there’s likely no moving forward.”

Another sign that the marriage could end in divorce is if there’s no friendship.

Ruby explained that sharing interests and laughing together is important, so if you’ve noticed a distinct lack of this, it could be a telltale sign that things just aren’t meant to be.

She added that so many people say that a matched sense of humour and friendship is a must-have in a relationship. For many, a lack of these is a dealbreaker.

YOU DON’T WANT TO GO HOME

Ruby said: “If the idea of coming home to your partner fills you with dread or it’s completely unappealing, it’s another red flag.

“If you don’t want to be there, then you might look for your comfort in another place – perhaps work – or with another person, regardless of who is making your home seem inhospitable.”

Whether the relationship is fresh or long term, nobody likes a stage 5 clinger.

Ruby explained that if your partner rings you constantly in the early stages, it can show neediness, clinginess and a lack of independence from your relationship.

It may sound counter-productive, but it’s essential to a happy partnership.

She said: “Constant communication when you’ve been married for years can indicate suspicion; perhaps they don’t trust you enough or think that you’re starting to stray.”

Meanwhile, relationship therapist at  Divorce answers, Lauren Cook-McKay, added that discussion around money can lead to divorce as it’s a practical yet emotive concern.

How we feel about money and whether we have a tendency to spend or save it is often deeply rooted in our childhood experiences.

This means when you critique someone’s approach to money you’re actually criticising the very core of who they are.

Another telltale sign that your marriage will end in divorce is if you don’t agree on ‘the C word’ – children.

There are just some things you cannot compromise on and whether or not to be parents is one of these make or break conversations.

Lauren shared: “I’m constantly amazed at the couples who come to me who either didn’t have the conversation before marriage or had the conversation but assumed that one or both of them would change their stance after time. This is rarely the case.”

Aside from outright abuse, there is little more toxic to a relationship than the silent treatment.

This type of passive-aggressive behaviour can be corrosive to even the strongest of partnerships.

Lauren explained: “If you can’t talk it out and remain civil in the heat of an argument then it is perfectly OK for a couple to need space and to take some time out of the situation to clear their head and get some perspective.

“But if this is dragged on over days, you risk irreparable damage.”

If you got married hoping for a happily ever after, you’re going to be bitterly disappointed, said relationship therapist Lauren.

By all means, have a fairytale wedding, but with the full knowledge that once the wedding gifts are opened, the real hard work begins.

Lauren said: “Compromise is going to be key, so be prepared for uncomfortable conversations around money, work-life balance, where you live, how you live and so much more.

“No one in a marriage will get absolutely everything that their heart desires and that’s perfectly normal.” 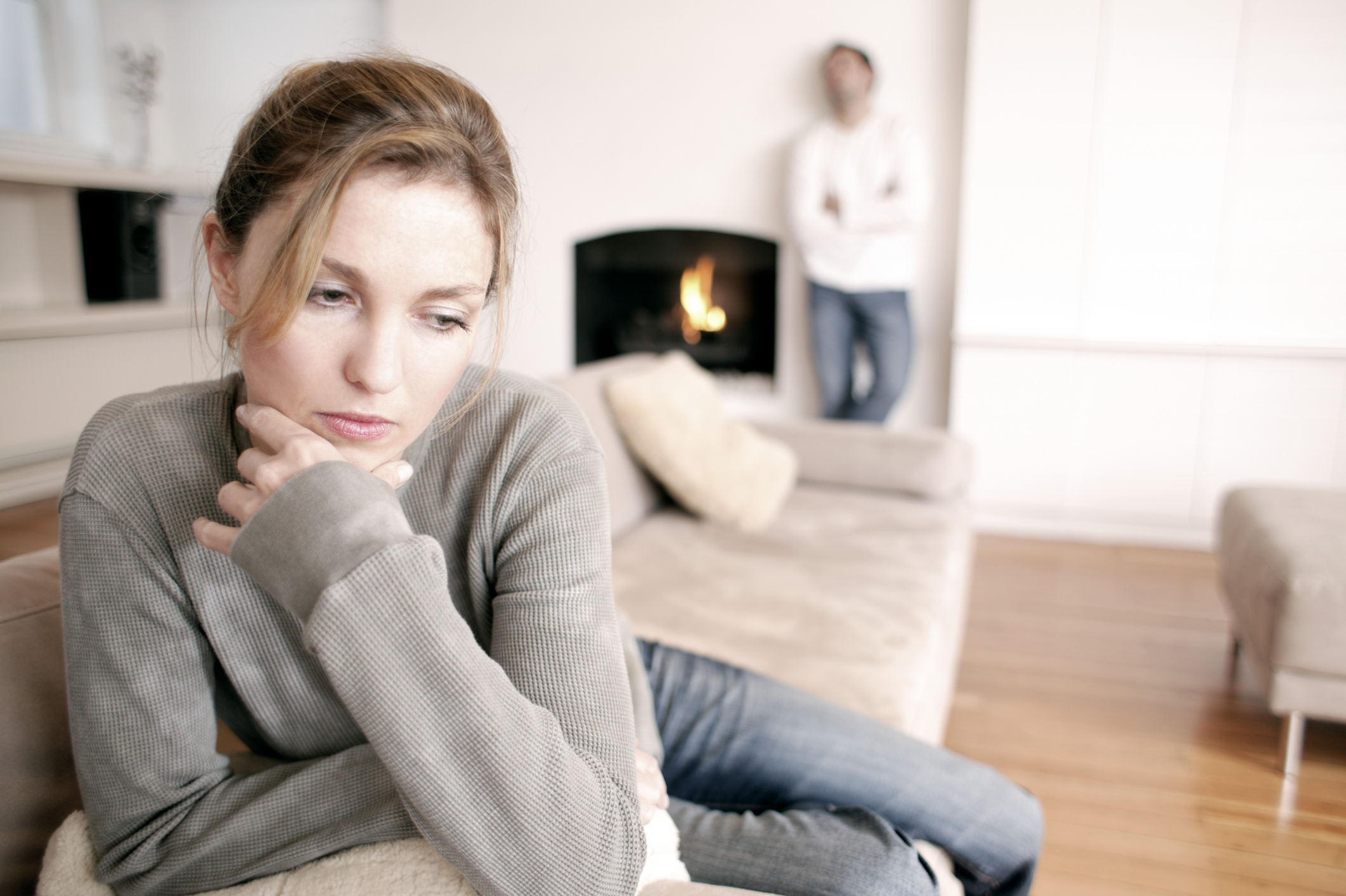 Giving someone the silent treatment is extremely toxicCredit: Getty

Elsewhere in relationships, mum leaves a secret message in husband’s breakfast whenever they argue & people are thrilled by her level of pettiness.

Plus I’ve slept with over 16k people – my fiancé still loves me and we can’t wait to get married.

And woman slammed for ‘living in 1940’ after saying wives should wear dresses and tidy the house to keep their man happy.

Woman shares ‘toxic’ list of rules her ‘controlling’ ex gave her including NEVER drinking, running every outfit past him and being home by 9pm