EVERY relationship, and marriage, needs hard work to be successful but sometimes one person just isn’t willing to put in the effort.

It’s often heart-breaking to see a relationship break down, for whatever reason, with lockdown testing even the strongest bonds. 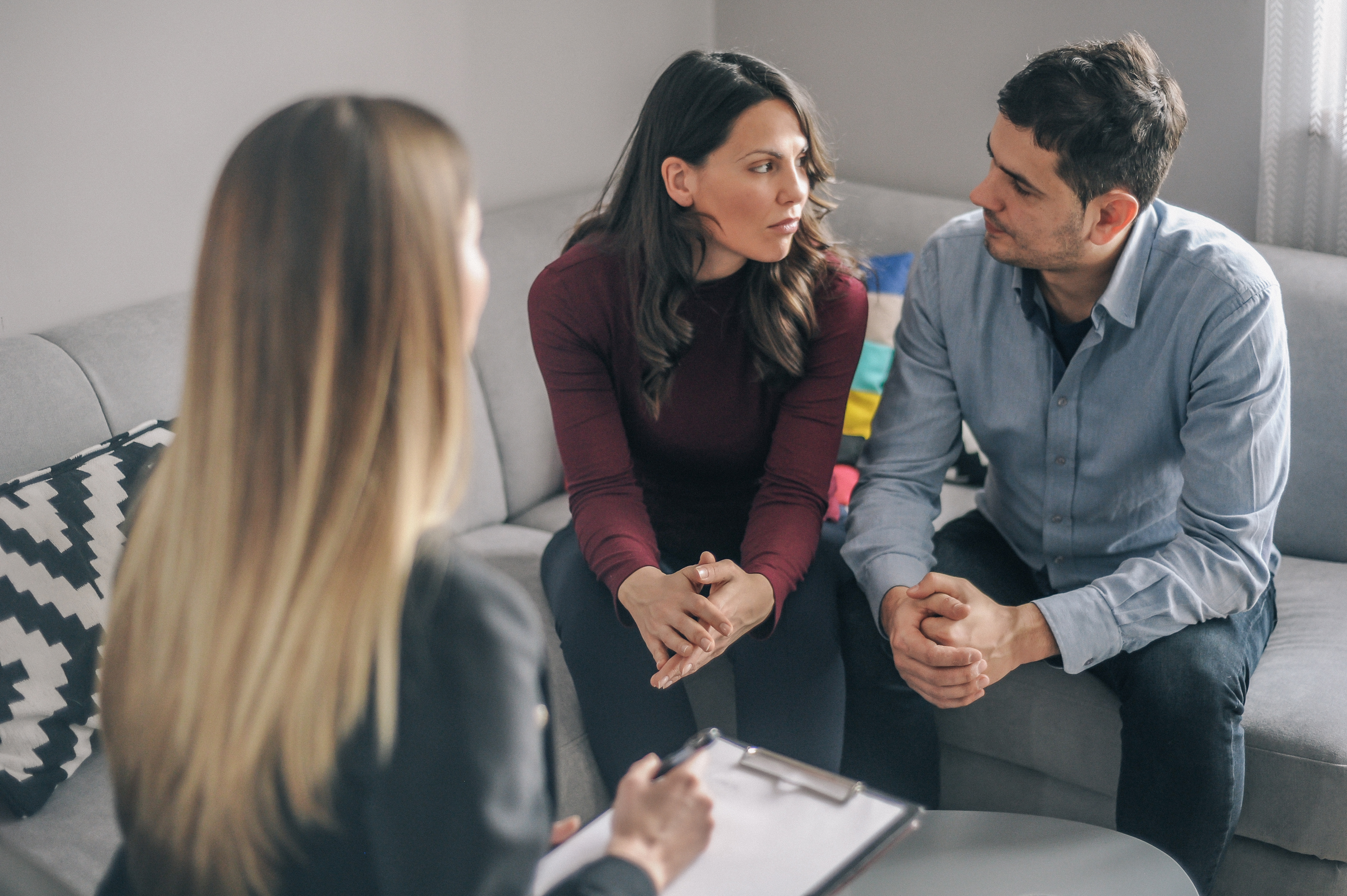 Experts have shared the nine red flags to look out for which could spell the end of your relationship Credit: Getty Images – Getty

For anyone worried their relationship could be suffering, couples therapists have shared the nine red flags to look out for, which could be an early warning yours is on the rocks.

A thread was started on Reddit, asking the professionals for the most common signs it’s not going to work out between two people.

Top of the list was escalating arguments, shifting blame, testing boundaries and refusing to compromise.

And demanding in-laws were also cited as a major factor behind break-ups, along with sleeping apart and a lack of respect.

The nine red flags to look out for

Often couples don’t live with either set of in-laws, but it doesn’t make them any less present in daily life.

Sharing their biggest red flag, one expert said: “Overbearing parents and in laws.

“When a spouse is more allied with their parents and calls them on speakerphone for fights, or often speaks ill of their partner to their parents, I usually see these couples stay very unhappily married for years. It’s sad.”

It may seem irrelevant, but when one person can’t remember any good times spent together, it usually means they’ve already checked out.

A therapist revealed: “One of the biggest red flags I see when working with a new couple is when they’ve totally forgotten the good.

“Part of relationship therapy is reconnecting a couple with what they like about each other, what initially attracted them to each other, and what the positives are between them.

“When people come in and they’ve been so unhappy for so long that they actually can’t remember what it was like to be in love, or to even like each other, they’re just about hopeless.”

There can be valid reasons for this, but simply refusing to sleep in the same bed should be an early warning sign.

The expert explained: “Spouses who don’t sleep together without a justifiable reason.

“As in, not due to work conflicts or medical reasons, but because one spouse just doesn’t feel like going to bed alongside the other.

“Lack of intimacy, both sexual and non-sexual, will lead to the two drifting apart.”

People will always argue and disagree, but there’s line which shouldn’t be crossed which is when comments are fuelled by malice.

An EFT couples therapist said to look out for: “Anything that signals a lack of respect or contempt for the other partner (these signs generally mean the relationship will fail).”

Every couple fights, and some are more memorable than others.

But if you, or the other person, quickly escalates the argument and relates it to a much broader issue, it can be a sign of underlying problems.

“When ‘I don’t think we need this expensive thing’ is escalated to ‘you don’t really love me’ – major problem. It shows up quickly in therapy if you’re watching for it.

Explaining why it’s such a red flag, they continued: “What they’re doing is avoiding conversation about the issue by blowing it up into a bigger problem then it is, so they can make the other person respond to their feelings rather than dealing with their concerns.

This is probably very familiar, and most of us may have done it to some degree in our previous relationships, but continually blaming the other person is unhealthy and usually spells the end.

An EFT couples therapist said: “When one partner constantly blames the other for the issues (I’ve had partners ask me to ‘fix’ the other person so everything can be fine).”

Lack of intimacy, both sexual and non-sexual, will lead to the two drifting apart

Children can sadly be caught in the middle of a divorce, but it can be an early warning sign a relationship is headed south.

When one parent singles the other out, usually when involving the kids, it can be seen as a tactic to undermine them.

Giving an example, a therapist said: “Splitting the other partner and children (‘hey kids, isn’t mum/dad being mean? I’ll let you’…)”

Every relationship is about give and take, the middle ground and compromise to some extent.

No one person in a couple can have it their way all the time, and a refusal to budge should be viewed with caution.

A professional said: “Refusal or inability to compromise is a ginormous red flag, one that, I believe, is empirically validated.

“Compromise is a significant predictor of satisfaction in relationships, and it plays an important role in the long-term success of marriages and relationships in general.”

There are implied and explicit rules in each relationship, such as what constitutes cheating, and what people’s limits are in terms of promises, plans and actions.

Highlighting the red flag, the EFT couples therapist continued: “Not respecting boundaries the other partner has clearly set (eg. going out on boys night and coming home drunk at 2am when the agreement was one drink and home for dinner).”

And this woman revealed her mate honey trapped her boyfriend and he cheated on her within minutes.

In other relationship news, this woman keeps sex cards on every man she’s slept with where she ranks their performance.

Plus this sexpert warned women about ‘painful’ problem that occurs when you stop having sex.

How to pay off your mortgage in 10 years