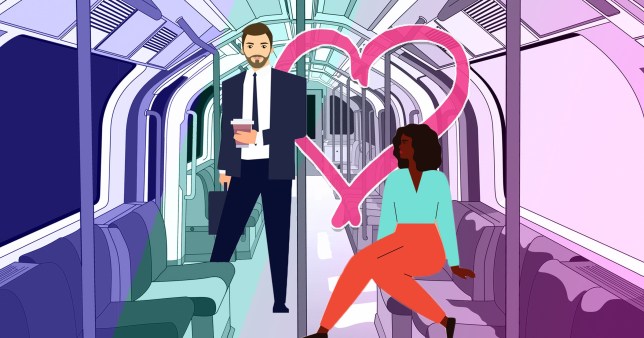 ‘We’re all brought up on the romantic idea of meeting “the one” in your favourite coffee shop’ (Credits: Getty Images/Metro.co.uk)

A woman made eye contact with a stranger on the Tube.

They smiled, made small talk, and for one, brief, magical moment, they felt a connection.

Then they got off the train without swapping numbers or making any plans.

That fleeting moment felt important enough to that woman for her to reach out to me, another stranger, to try to get her story featured in Rush Hour Crush.

She was incredibly invested in finding this man, despite only having interacted in passing on a train.

She’s not the only person who has felt that fleeting spark, and been unable to let it go.

I’ve had similar ‘meetings’ and afterwards wondered what might have happened had I or they been bolder.

For some reason, those strangers we fancy have the power to linger in our minds for days, weeks, months, even years.

There’s a reason these romantic moments stay with us.

‘Those moments can feel “perfect” and if there is no follow up to them they can remain perfect,’ explains Hilda Burke, a psychotherapist, couples counsellor, and author.

‘If we see an attractive stranger on the Tube reading a book on a subject we’re interested in, we can totally run with that imagining how much else we’d have in common.

‘By filling in the blanks about the other person, we can build a complete narrative which is invariably a projection of idealised qualities.’

When all we have to go on is a movie scene-like crossing of paths, we can be quick to romanticise the person and the possibilities, laying our hopes on top of a total stranger.

Because we don’t actually know them, we can project all kinds of dreamy qualities their way, transforming them into ‘the one’ with very little actual evidence.

In a year that made random public space encounters rarer, these public space crushes can feel even more significant.

Couple that with our collective reliance on dating apps, which diminishes the need for stumbling across people in-person, a hot stranger you actually had reciprocated energy from can feel extra special. 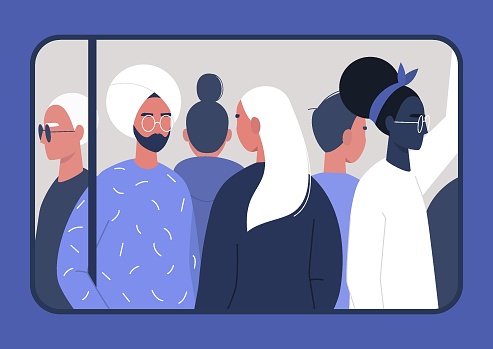 It’s easy to project all our romantic dreams on someone we don’t actually know (Picture: Getty Images/iStockphoto)

Adam*, 25, admits he’s ‘idealised’ people in this context before, most recently during lockdown.

‘It was incredibly cheesy,’ he tells us. ‘I was in the park, sitting on a bench and reading a book. I could see something in my peripheral vision – you know that sixth sense you have when you somehow know you’re being watched?

‘I looked up, and across the park, a woman was looking at me. I glanced up at her, she looked down – like some sort of bizarre socially awkward dance, perfectly choreographed.

‘Eventually our eyes met, she smiled and was clearly embarrassed to have been caught out.’

Wondering why this mystery woman stayed in his mind for longer than usual, he thinks it may have been due to being newly single, lonely in lockdown, and perhaps ‘reading a little too much into this coincidental eyesight dance’.

He adds: ‘It felt timely, maybe a little needed.’

Hilda says at certain times of our lives – depending on our disposition – we’re more prone to thinking these brief moments could mean something more.

‘There are times in our lives when most of us might feel prone to doing this – for example, a person who is stuck in a very unhappy relationship and struggling to end it might find an unexpected smile from an attractive stranger a striking contrast from their own partner looks at them, and hence might feel that such a person is the type they really need to be with,’ she notes.

‘Whereas of course, there’s no way of knowing if the “attractive stranger” is in fact kind generally or indeed to their partner.’

It’s important to remember, the ‘perfect’ stranger you meet is likely flawed… you just don’t have the time to see it. It’s the fact that we don’t know them, really, that allows us to put these strangers on a pedestal as our perfect match.

‘In seven seconds we will make 11 decisions about another person, including their education, trustworthiness, level of success and sexual desirability,’ he explains. ‘Other studies say that we will make a decision about someone else in milliseconds.’

This is partly why we might hold onto the idea of someone, because that’s all we have to go off. 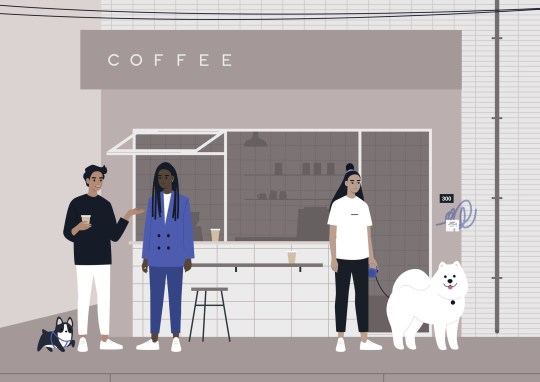 Neil says it’s about our state of mind at the time of the encounter.

He says: ‘We will see what we are looking for,’ so if someone matches all of your ideals on first impressions, you’ll likely see them as potentially being suitable for you, and therefore harder to forget.

‘If you were looking for romance then you will be more likely to create that possibility using what is called confirmation bias,’ Neil says.

He adds that being ‘open to possibilities’ is a big indicator of how we look for romance and connections.

The other side of this is simply sexual attraction – sex in England has been illegal for those not living or bubbled up with a partner due to lockdown restrictions.

Our lack of options for intimacy will likely have left people with ‘pent up sexual frustration’.

‘People will be more actively looking for a romantic and sexual partner,’ says Neil, and if you’re looking, you’ll see more options.

All this is not to say that romance is dead and your bus crush is a waste of time.

While Adam recognises he may be more susceptible to falling hard for a momentary crush, he’s still open to finding love in unexpected places.

He says: ‘We’re all brought up on the romantic idea of meeting “the one” in your favourite coffee shop, and they just happen to be reading your favourite book, sipping a coffee and looking adorable.

‘Any time you meet someone good looking in an unexpected scenario that ticks at least one of these boxes, we get all squiffy.’

With the world opening up again, these fragile meetings are becoming all the more possible.

Whatever the motive, we often lack the follow-through needed to strike up lasting conversation when someone peaks our interest in a random setting, such as the Tube, a supermarket, or a cafe.

Sometimes these unconventional places might feel too embarrassing to approach someone in, say if other people are in earshot and rejection is a possibility.

As a result, most of us at some point will have one of these stories if not more about a stranger from some public space that ‘got away’.

Being the clumsy and shy humans that we are, we think of them later on, frustrated with ourselves, forgetting they probably are doing just the same.

Remember there’s no harm in the brief joy of a quick crush – but don’t let holding on to that dreamy memory stop you from enjoying romance with someone who isn’t at the next stop of the Central line by the time you realise you’ve missed your chance.

*Name has been changed

Earth Day: 10 eco-friendly Airbnbs for your next UK holiday