THERE’S no denying that dating as a single mum can be a total-minefield – and in your search for a mature Prince Charming who understands the responsibilities of parenthood, you’ll probably have to kiss a few frogs along the way.

But if the pool of guys interested in dating single mums wasn’t already small enough, one bloke might have scared them away for good. 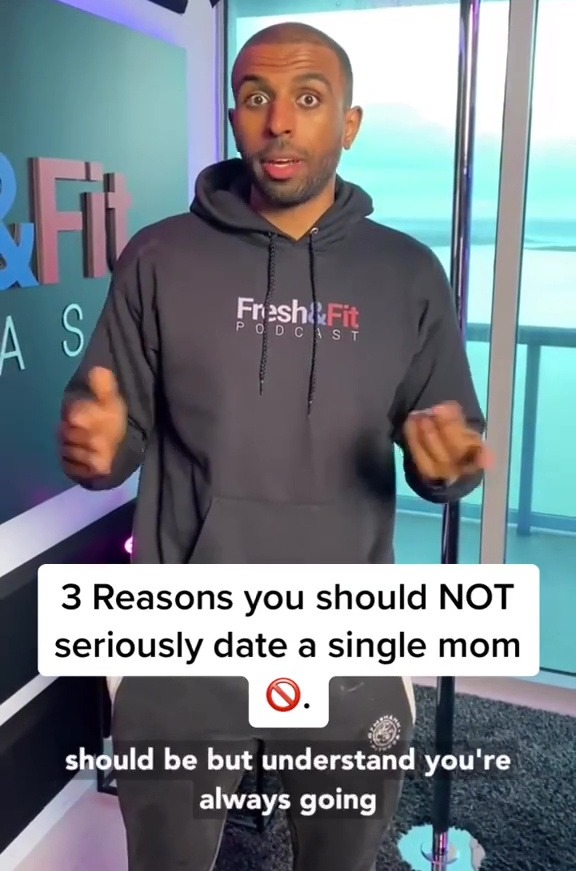 Urging his 44,800 followers to avoid getting involved with mothers, Myron – who describes himself as a “dating expert” – said: “Simply put, you’re never going to come first.

“The kids are going to come first, which is fine and the way it should be. But you have to understand you’re always going to to take a back seat.”

Secondly, Myron reminded men that they have “zero rights” to their partner’s children if they were to split up.

Single moms poked fun at him in the commentsCredit: TikTok

He added: “[They’re] not your kids so you can’t discipline them and on top of that, she can take them away from you at any time if you guys break up.”

And thirdly, Myron sensationally claimed that single mums are only good to date “recreationally” for one night stands as taking on their children can be a big expense.

Myron continued: “Finally, you have to pay for another man’s responsibility.

“Guys, single moms [are for] recreational use only. Protect yourself and your wallet! Peace.”

Needless to say, the video – which has been viewed by over 47,000 people – hit a nerve with viewers.

You have to pay for another man’s responsibility. Single moms are for recreational use only.

One user fumed: “AS A SINGLE MOM, I’LL TAKE THE OPPORTUNITY TO SAY…. THAT’S COOL BRO, WE DON’T PLAY WITH BOYS.”

“Wow these comments,” a third wrote. “The misogyny is unreal. I have no words.”

Meanwhile, a fourth asked: “Did you just say ‘recreational use only’ about a human??”

Plus this mum was left with a dislocated pelvis after traumatic birth of her son – her ex made me give up hospital bed so he could nap.

Fox News producer Eric Spinato, 52, dead from Covid as tributes call him ‘one of a kind gem and immensely gifted’