A SCORNED girlfriend has publicly shamed her cheating boyfriend after finding another woman’s underwear in their bed.

After discovering the knickers, she immediately sent a photo to her now ex-boyfriend, and told him to leave immediately. 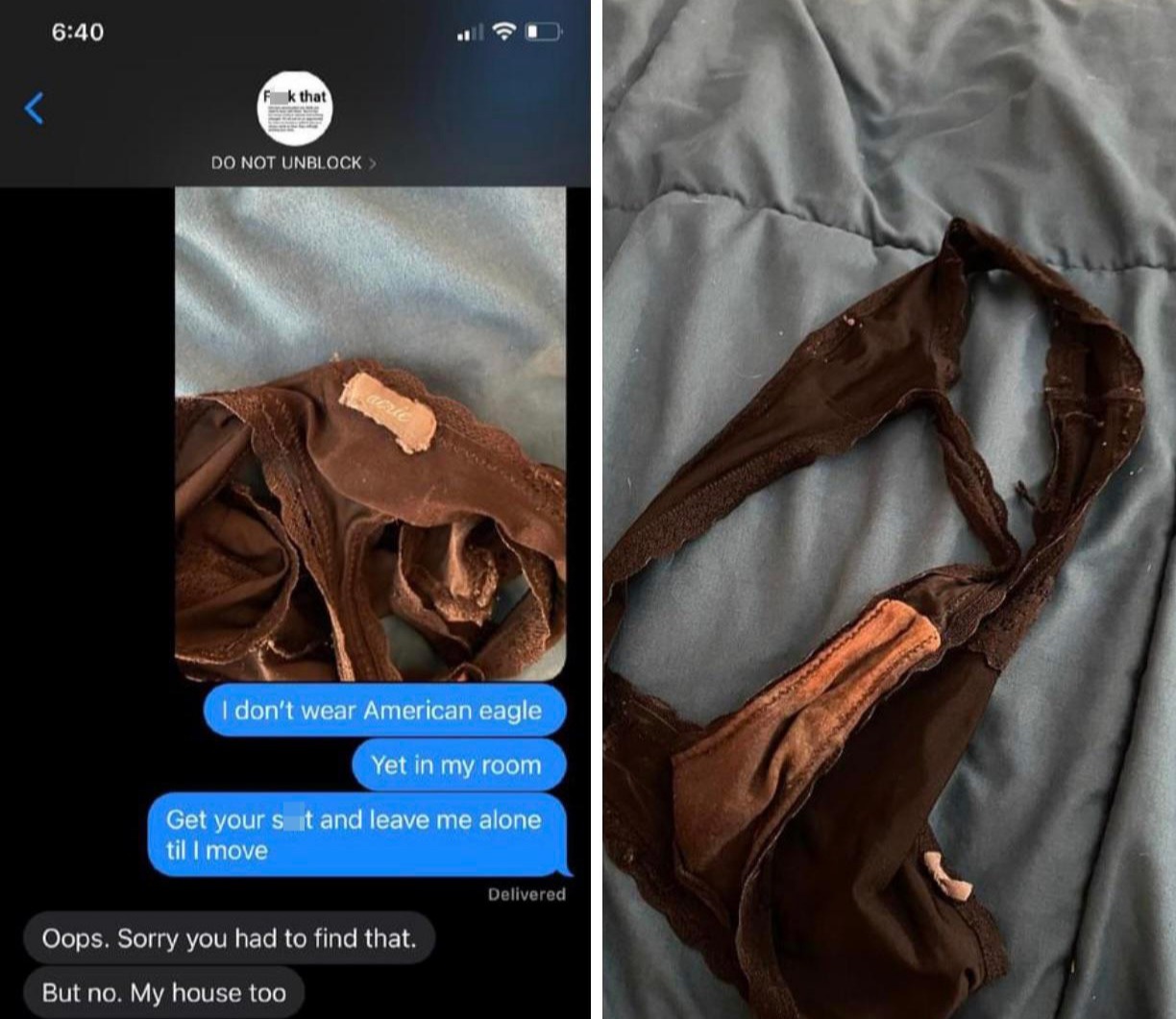 The girlfriend was horrified to discover somebody else’s underwear in her bedCredit: Reddit

Astonishingly, the bloke seems to show no remorse, responding: “Oops. Sorry you had to find that.

The woman has since blocked his number, but wanted to make sure that no one else made the same mistake that she did. 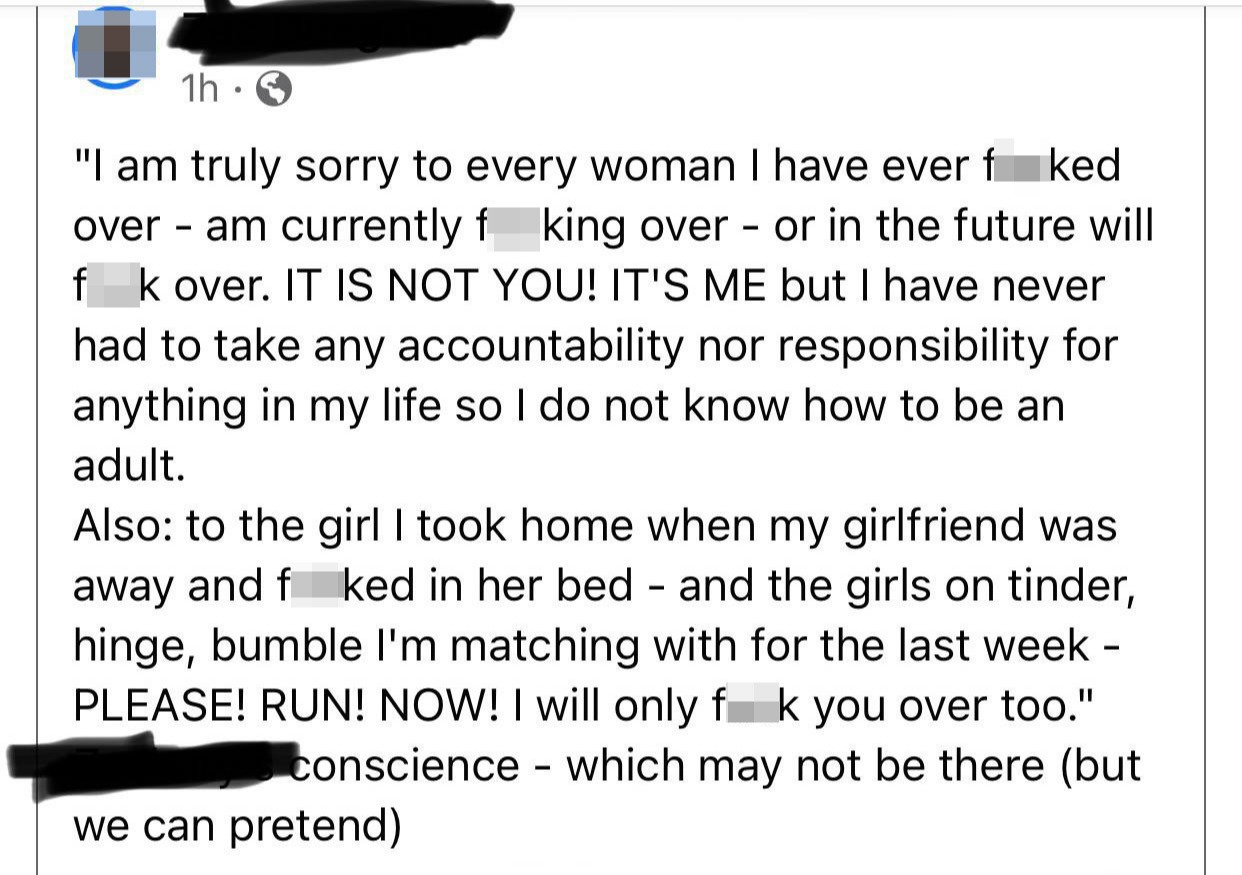 She later left a status on his behalf on FacebookCredit: Reddit

“IT’S NOT YOU! IT’S ME but I have never had to take any accountability nor responsibility for anything in my life so I don’t know how to be an adult.

“Also to the girl I took home when my girlfriend was away and f***ed in her bed – and the girls on Tinder, Hinge, Bumble I’m matching with for the last week – PLEASE! RUN! NOW!

Screenshots of the message exchange as well as the status have since been shared on Reddit, where the lad’s behaviour has prompted outrage.

“Cheaters are truly a trashy lot,” wrote one, while another agreed adding, “He deserves it.”

“This is someone doing a public service,” added another.

In other relationship news, this woman caught her bloke cheating using their doorbell camera.

And this woman claimed her in-laws hate her – they all wore black funeral dresses to our wedding like they were mourning her husband.

Plus Nadia Essex revealed she caught boyfriend cheating after spotting he’d ‘burnt 500 calories at 2am’ on synced FitBits.

Who is in the line up for The Great Celebrity Bake Off For Stand Up To Cancer?