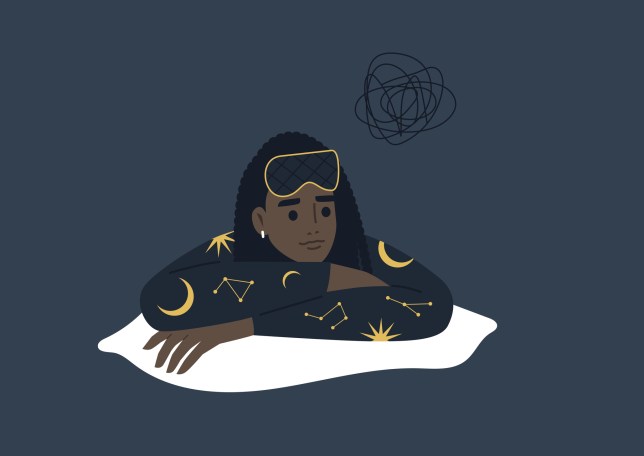 Getting a good night’s sleep is vital for a healthy sex life (Picture: Getty Images/iStockphoto)

Struggling to get a decent night’s sleep is rubbish for many reasons.

Tossing and turning can raise your risk of depression and anxiety, lower your productivity, and generally make you feel awful.

And, it turns out, poor sleep can wreck your sex life, too.

A new study has found that consistent difficulties with sleep are closely associated with less satisfying sex.

In fact, older women who report sleeping poorly were found to be nearly twice as likely to experience issues such as a lack of sexual pleasure or a low sex drive than their well-rested counterparts.

The study, published in Menopause: The Journal of The North American Menopause Society, looked at questionnaires on sleep quality completed by 3,400 women with an average age of 53.

These women were also assessed for sexual dysfunction and asked to rate how distressed they were about their sex life.

The study found not only that those who consistently had poor sleep reported higher levels of distress about their sexual pleasure, but that good quality sleep was linked with having more sex, and experiencing more pleasure.

And it’s not just about quality, but quantity, too – the women who regularly slept less than five hours a night were more likely to report sexual problems, such as a lack of pleasure.

This isn’t the first time sleep has been linked to sex.

Getting enough high quality sleep has all sorts of mental and physical benefits, all of which can then in turn boost your sex life.

But the fun thing is that this relationship can work the other way around, too.

Having an orgasm is a major stress-buster, which can thus help you get better sleep… which in turn might lead to better sex.

So get some rest. Enjoy some orgasms. Then marvel at how one helps the other, and vice versa.