SUPERSTAR Adele has revealed she found it tough to talk about her divorce from Simon Konecki with eight-year-old son Angelo.

The singer, 33, who is now dating sports agent Rich Paul, 39, said: “My son has had a lot of questions. Really good questions, really innocent questions, that I just don’t have an answer for.”

Author Tanith Carey reveals how best to communicate with a child when a relationship breaks upCredit: Getty 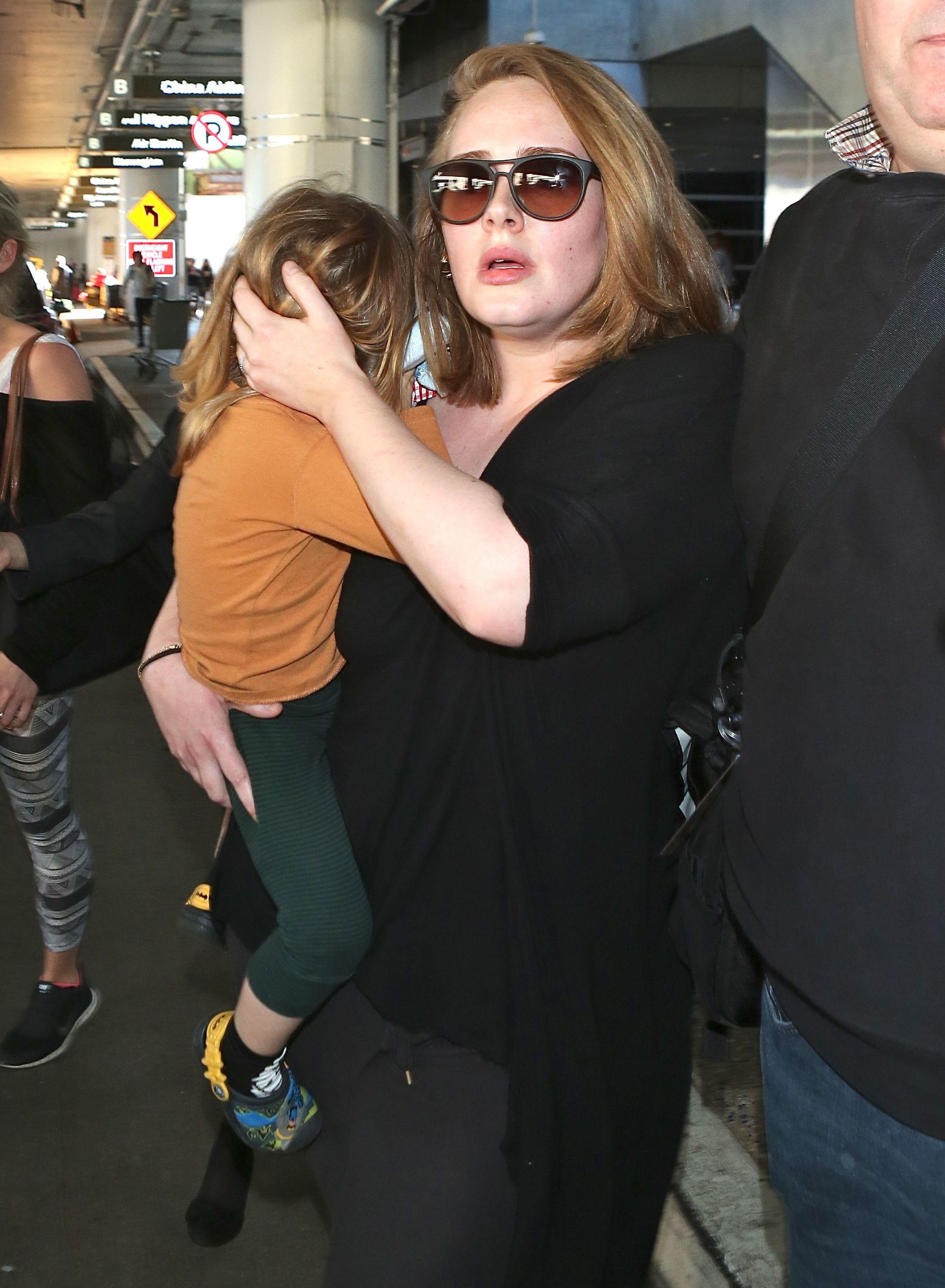 Adele has revealed she found it tough to talk about her divorce from Simon Konecki with eight-year-old son AngeloCredit: Alamy

She added that he once asked, “Why can’t you still live together?” Adele said her new album, 30, is in part an explanation to Angelo about why she chose to “dismantle his entire life” in pursuit of her own happiness.

Figures show around half of parents split up.

Author Tanith Carey reveals how best to communicate with a child when a relationship breaks up.

TWO TO SIX: Never say that mummy and daddy don’t love each other

WHILE grown-ups know that relationships are complicated, young children will see your split in black and white terms and want to know how it will affect them.

They will be frightened by the idea that parents can “stop” loving one another and wonder if that means adults might stop loving them too.

They may start regressing to a time when they felt more secure.

Clinical child psychologist Dr Angharad Rudkin says: “When young children see their parents are no longer living together, they may unravel a bit as they have lost the world as they knew it.

“They may lose some of the skills they’ve developed, such as toilet training and being more independent.”

HOW TO HELP: Choose your words carefully. Avoid saying you no longer love each other, which makes love sound like a tap that could be switched off for them too.

The best message you can give is: “Mummy and Daddy are no longer living together.

“Both of us will always be here to care for and love you.”

Explain you have problems that are separate from them — and that you will both be happier if you live in two homes instead of one.

Try to keep life the same as it has always been, so that the world still feels like a safe and predictable place.

Ask your ex to keep the same routines for bedtimes and meals when they are with them.

Suggest children draw how they are feeling or play role games with their toys, so they can express their emotions.

SEVEN TO 11: Assure them they are not to blame, and inform school

BY this age, children have got a clearer idea about how they feel families “should” look — and that children are supposed to live with both a mummy and a daddy. They may feel angry that these “rules” are being broken.

At this stage, kids might think they are to blame.

Dr Rudkin says: “Their brains are busy making all sorts of links and patterns to try to work out how the world works.

“Because children tend to put themselves in the middle of everything, they may jump to the conclusion your split is something to do with them.”

Kids may also fantasise about a reconciliation and wonder what they can do to make it happen.

Look out too for flare-ups in their friendships.

If kids feel their lives are out of control, they may seek to play out their feelings of powerlessness on their peers by being more controlling or aggressive.

HOW TO HELP: Do not hesitate to tell your child’s school, says Dr Rudkin.
This will help teachers understand if your child is getting into conflicts or finding it harder to concentrate.

Keep talking to them about how they feel so that you can clear up any misunderstandings your separation was their fault. And avoid referring to your former partner as your “ex”.

Refer to them as “Mummy” or “Daddy” instead, to make it clear you will both always have these roles in their lives.

With the turbulent teenage years ahead, you and your co-parent will need to form a strong and united front.

12 TO 16: Tell them they don’t have to like your new partners

Young children often regress to a stage when they feel more secure. But if you split when your children are aged 12 to 16, it tends to make them think they have to grow up faster.

On top of the normal adolescent rebellion, teenagers may feel the family contract has already been broken, so they no longer have to conform to the rules, such as working at school or coming home on time.

As a defence mechanism, teens may appear aggressive and try to detach themselves from the family unit sooner than they are ready to deal with.

There’s a greater danger they can turn towards alcohol, drugs or sex to help manage feelings of abandonment.

HOW TO HELP: If your teenager seems more interested in their friends and life outside the home, Dr Rudkin says: “They are probably spending more time with mates but that doesn’t mean they don’t care what’s happening in their families.”

Aim for you and your former partner to have one-on-one time with your teenager so they feel reassured you love them and want them around.

Teens are also likely to be more irritated and less accepting of a new partner or step-parent, who they will see as one more adult to boss them around.

Explain that your teenager does not have to like your new partner overnight or feel that they are being disloyal to the other parent if they do.

17-PLUS: Explain that they never have to choose sides

The older children are when their parents divorce, the more likely they are to struggle with feelings of guilt that you only stayed together for their sake.

They may mourn the loss of their childhood and worry that any happy memories were based on lies.

Research shows that a parental divorce can shake young people’s faith in relationships.

HOW TO HELP: Your children may seem mature enough to handle the details behind your split, but resist the temptation to share anything which will make them feel like they should take sides.

It is far better to confide in a trusted friend, family member or counsellor instead.

Allow your older children a chance to grieve — your relationship was the foundation for their entire childhoods.

For them, your divorce will never really be over because they will be worrying about how to tactfully negotiate family events, such as Christmas and weddings, for decades to come.

Take the pressure off by telling them you will never make them choose between you and your former partner.

Tanith Carey is the author of What’s My Child Thinking? Practical Child Psychology For Modern Parents, published by DK.

I’m in a relationship with my wife, my ex wife, and my ex’s wife, people say we’re disgusting but it works for us 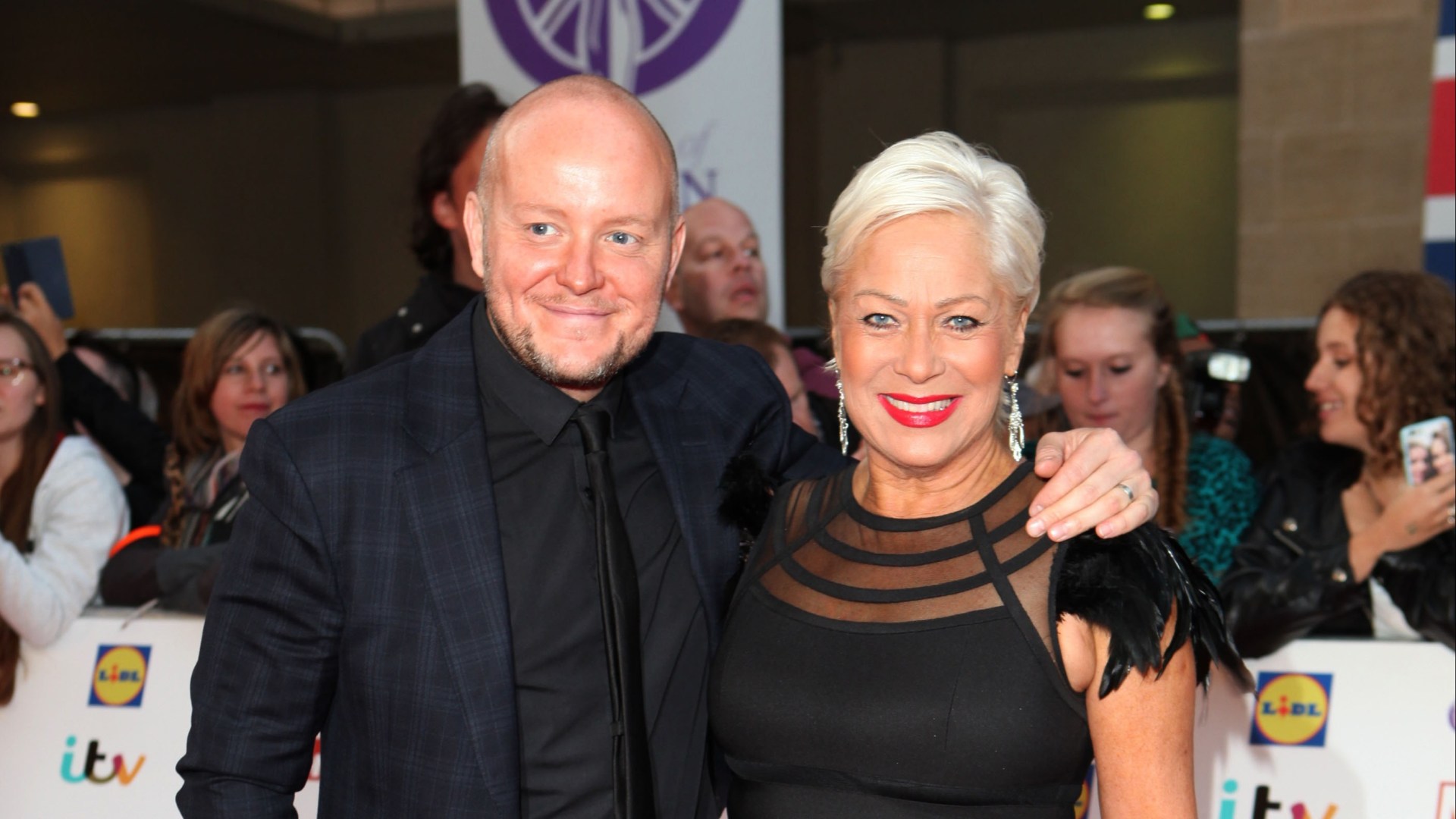 My toyboy man might be 15 years younger but he struggles to keep up with ME, says Denise Welch

‘Projectionship’ – a dating habit you might not even realise you have

Do you think with your heart or your head? New optical illusion reveals key personality trait

How I Do It: ‘I’m in a long-distance relationship – here’s how we make sex work’

I was jilted at the altar but decided to carry on with my £12,000 wedding anyway – I had the best time