BEFORE properly committing to a fitness regime, it makes sense to take a few “before” photos of your physique to chart your progress.

At least, that’s what Gemma Hill’s new personal trainer advised her to do earlier this month. 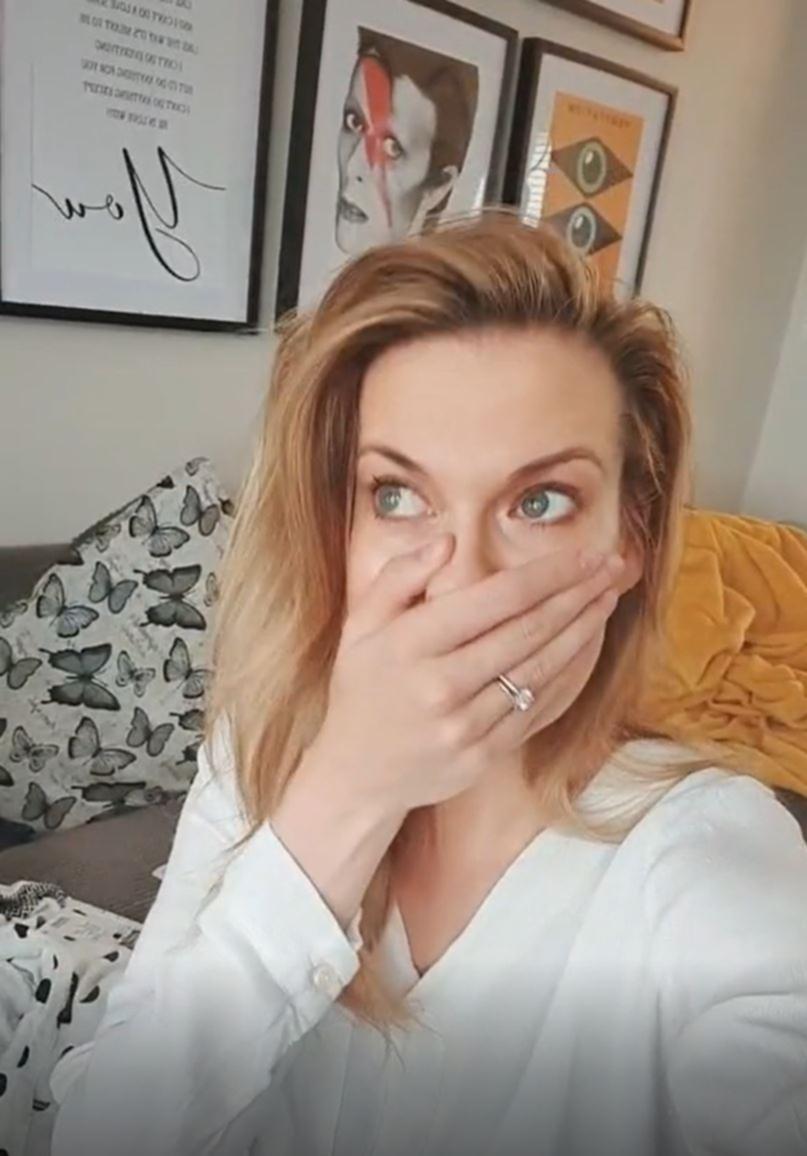 Gemma Hill was left mortified after sending photos of herself in her underwear to her personal trainerCredit: Tiktok

So following his advice, the radio presenter took a load of photos of herself in her underwear and posing in the bathroom mirror.

In a viral TikTok video which has racked up over 131,000 views, Gemma explained: “He said, ‘don’t breathe in, no good angles, just be honest.”

After taking the series of VERY candid snaps, Gemma sent them over to him and didn’t think anymore of it – until she received a text from him later that night.

It read: “Hey, sorry Gem – I meant take photos for yourself. Not send them to me. 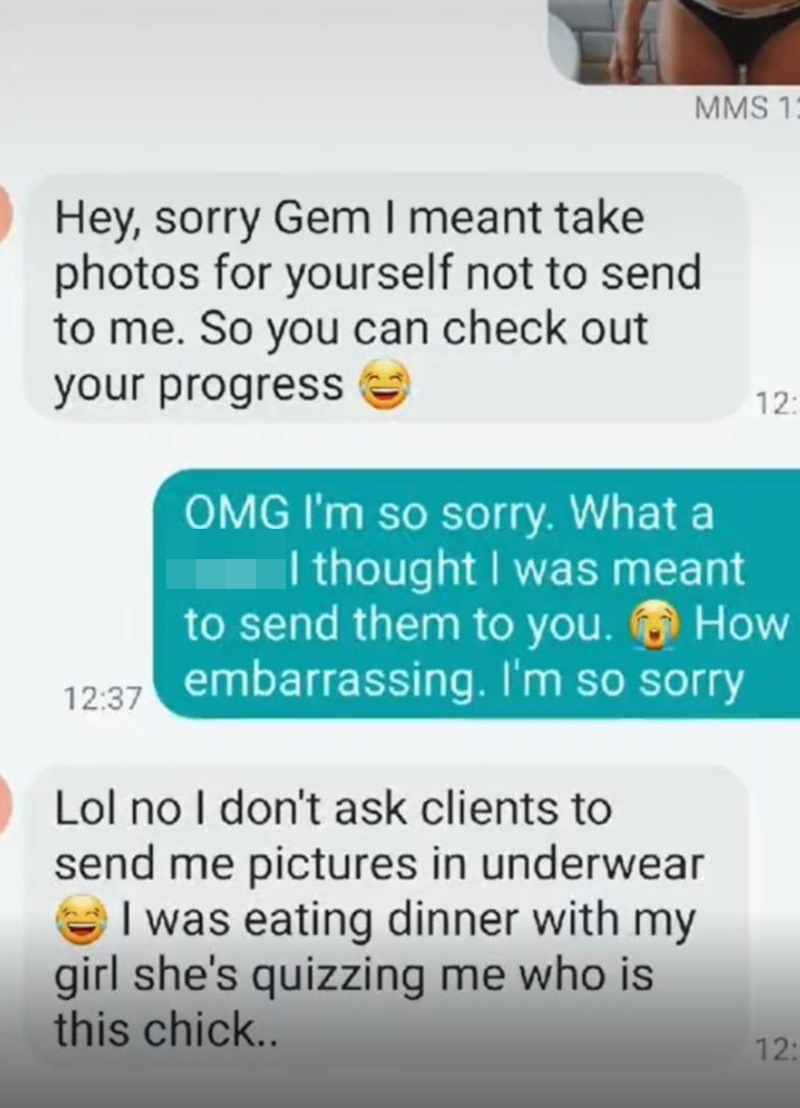 The TikTok has racked up over 131,000 viewsCredit: Tiktok

“So you can check our your progress!”

Understandably mortified, Gemma then replied: “OMG I’m so sorry. What a t***.

“I thought I was meant to send them to you. How embarrassing. I’m so sorry.”

And although Gemma’s personal trainer was able to see the funny side of it, his girlfriend was left fuming over the revealing photos.

I meant take photos for yourself. Not send them to me…

“Lol no I don’t ask clients to send me pictures in underwear,” he added. “I was eating dinner with my girl and she’s quizzing me who is this chick.”

Gemma then captioned the clip: “How do I go back?!”

Unsurprisingly, viewers felt “second-hand embarrassment” for Gemma – but told her to stay with the trainer.

“HONEST mistake and GOOD man for clarifying,” one replied.

Another added: “Omg I’m litttterally dying inside for you.”

“I probably would’ve thought the same,” a third wrote. “I would have assumed the PT had a ‘before’ and ‘after’ board or website or something!”

For more viral stories, this woman was convinced her man was cheating from the contents of his bin… he was mortified when he realised his awkward blunder.

And this woman revealed she’s dating her step-brother after being with his best mate for 7 years – they don’t care if people think it’s weird.

Plus this woman issued a terrifying warning after trendy neon sign set whole flat on fire in just NINE minutes.

Why is Rita Ora not on The Masked Dancer and who has replaced her?