A WOMAN was left baffled after her date asked her to pay him back £25 after she bailed on him after their third date.

Alex Colboth, of Milwaukee, Wisconsin, was stunned when her Tinder match asked her to cough up half of the money he had spent on their three dates as it’s “only fair”. 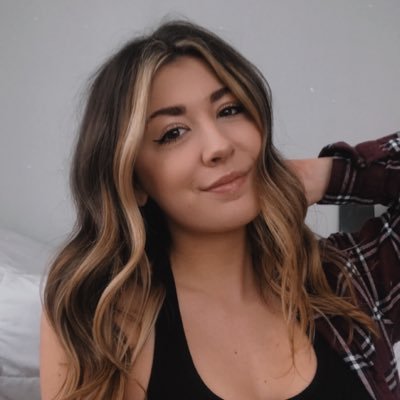 Alex Colboth was baffled when her Tinder match asked her to refund him the money from their three datesCredit: alexx_colboth/Twitter

The message read: “Hi Alex hope you’re doing well. Would you mind letting me know what your Venmo is?

“The reason I ask is because since you and I won’t be seeing each other anymore it’s only fair to ask for equal payment from you from the dates we went on.

“I believe it was three separate times we went out bars/ restaurants where I paid for us both each time.

“I’d say $35 is more than fair for your food and drinks that I got you during those dates. 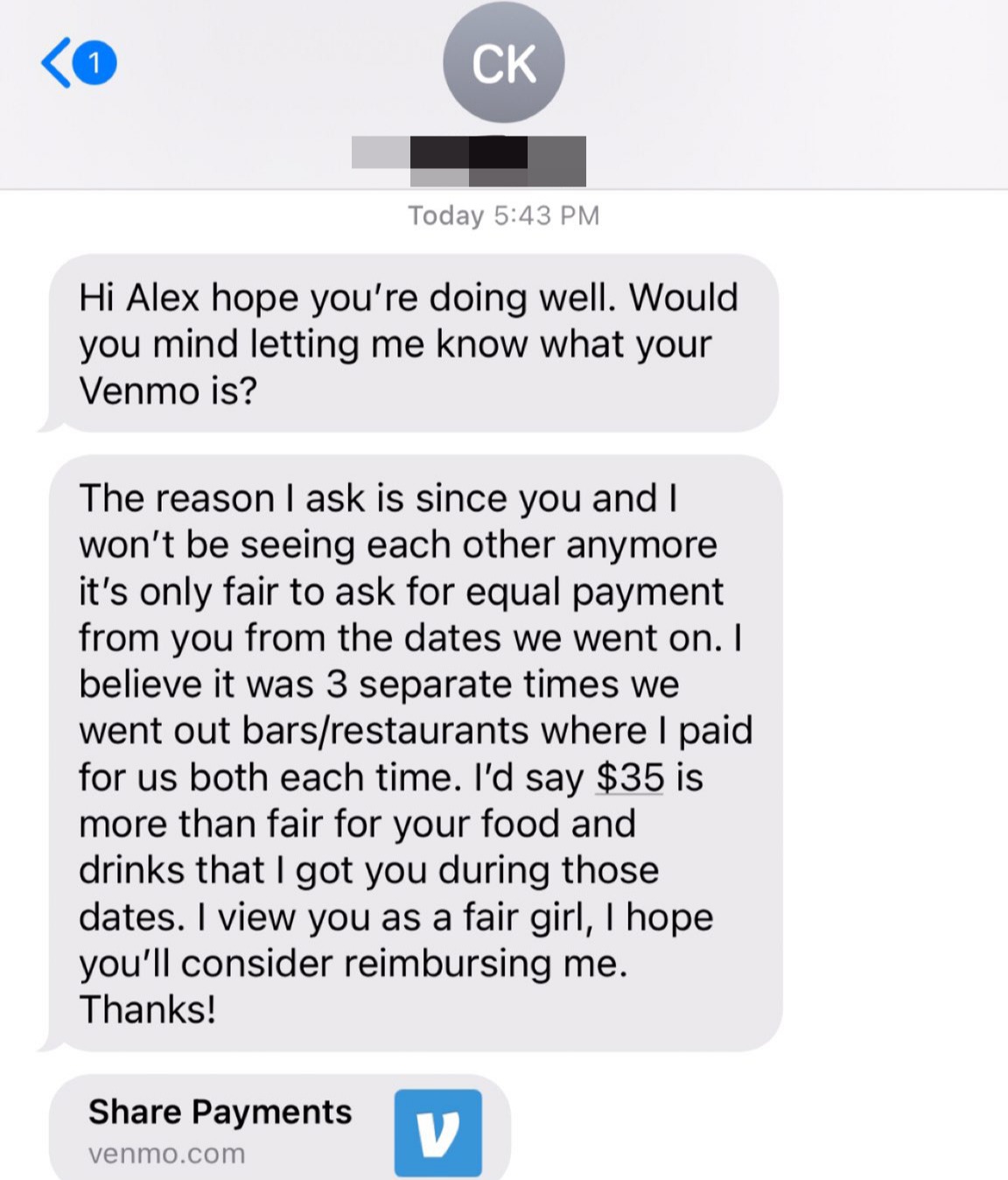 The bloke said it was “only fair” that she pay back the money he had spent on their three datesCredit: alexx_colboth/Twitter

“I view you as a fair girl, I hope you’ll consider reimbursing me. Thanks! (sic).”

The bloke, known only as CK, has then attached a link to his Venmo account to give Alex the opportunity to pay him back.

But Alex had very clear thoughts on his request, sharing the screenshots of his messages on Twitter.

Captioning her tweet, she wrote: “It’s the audacity for me.”

Her tweet has since gone viral, amassing over 184,000 likes, with Alex’s followers divided over whether she should pay the money back.

One replied: “I have never personally done this, but I think it’s ok. CK managed to say something uncomfortable, was honest about what he was hoping to accomplish and did it respectfully.”

However, others disagreed, arguing that he should have never have offered to pay if the gesture was conditional.

“Don’t say you’re going to pay for something and then say nvm after the fact. He made the decision to pay for their dates tf. If he wanted to split he should’ve said that prior,” tweeted another.

A second agreed adding: “Him asking for the dates to be split evenly isn’t the issue here.

“It’s that he waited until AFTER he knew things wouldn’t continue to ask. So he wasn’t paying to be nice in the first place, he was paying with the expectation of some reward (sex, companionship, etc) which is weird.”

A third wrote: “Dating is like gambling. You put your time, money, whatever into it and sometimes it doesn’t workout and you leave empty handed.

“You made the decision to spend money and now you’re mad you didn’t win? The casino don’t owe you s***.”

In other relationship news, this woman tracks down a hot guy she saw on the train using his backpack – but her detective skills are dubbed ‘creepy’.

Covid lockdown made me want to take my own life