THEY make up approximately 95 per cent of our wardrobes – but according to dating expert Anna Bey, our impressive collection of leggings, T-shirts and skinny jeans is what’s stopping us from bagging a “classy” guy.

In her latest YouTube video, the elegance coach – who founded The School of Affluence – recommended women not “dress like the masses” if they want to land a wealthy boyfriend. 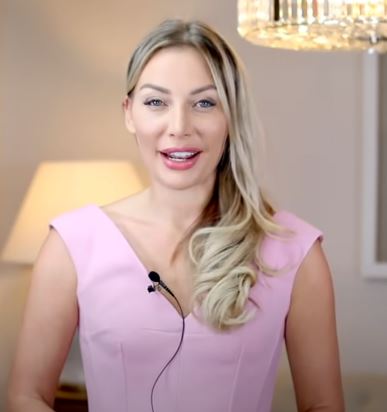 The Swedish matchmaker – who lives in London – claimed that baggy T-shirts are an absolute no-go while skinny jeans will make you blend into the crowd.

Instead, Anna said you can instantly make an outfit look more expensive by throwing a hat into the mix while a belt can add “flavour and femininity”.

In order to stand out from the crowd, Anna says single women should push themselves out of their comfort zones when it comes to their wardrobe in order to attract a man of class. 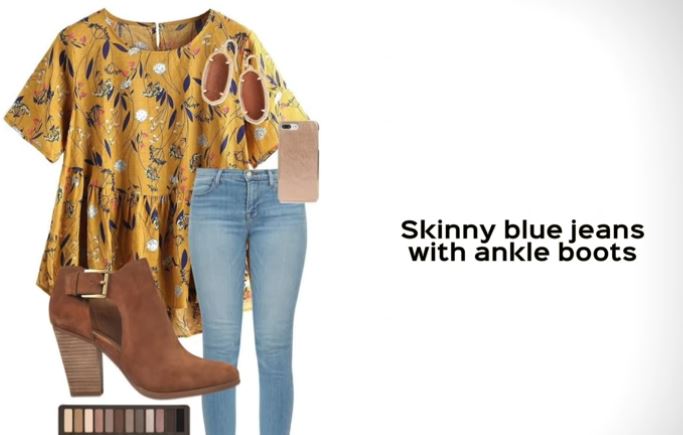 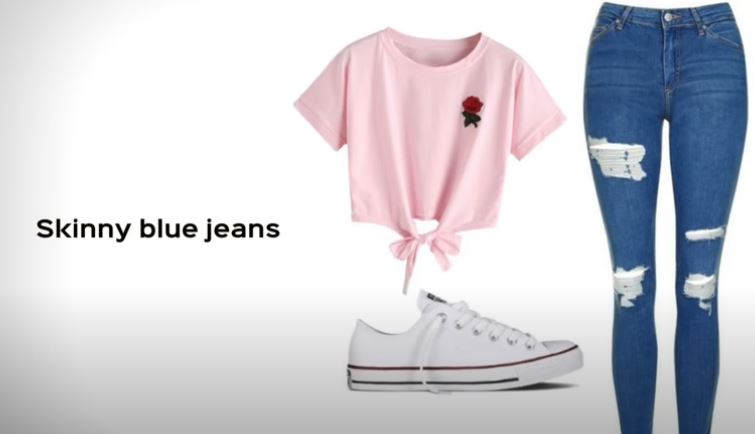 She said: “Don’t wear what all the plain Janes out there are wearing, ladies. I’m talking about clothes that are so incredibly common that when you wear it you look like every other Joe out there.

“When you look a little bit different, a little bit better, that’s when you’re going to look more effortlessly expensive and put together,” Anna said. “Because the general masses – they don’t look like that.” 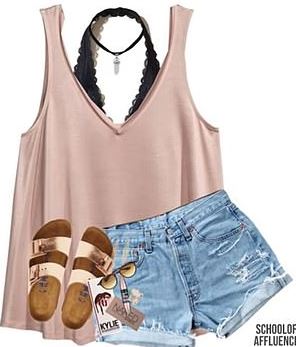 Make an outfit interesting with a belt

What’s more, Anna revealed how a couple of accessories – such as a belt or hat – can instantly make you look more sophisticated.

“In particular if you’re wearing a dress or skirt, wearing a belt makes sense,” she said. “But sometimes dresses or skirts can look a little bit dull if nothing is added to them.”

In order to match every outfit, Anna recommends having a selection of belts in different colours and textures to give your clothing a “pick me up”. 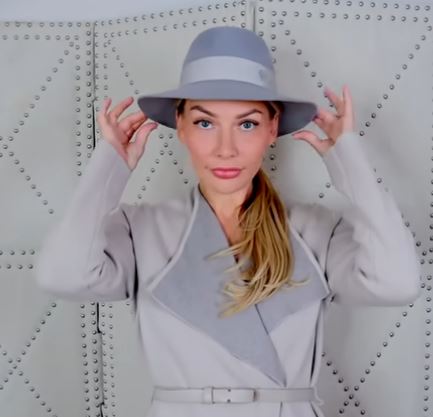 Anna said you can add interest to your outfit with a tonal beltCredit: Youtube / School Of Affluence

She continued: “What I really like about adding a belt is not only is it an accessory that adds flavour, but it also adds femininity.

“It creates a silhouette of a woman and accentuates her waist. But if you have a body shape that is more of an oval or apple, this is not going to work for you.”

Anna also claims that a hat can help you stand out in a crowd and make you look less ‘common’.

She said: “Most people forget to accessorise up here, which is why if you do that you’re going to first of all stand out, but you’re also going to discover this very quick hack of throwing something on your head and instantly you look more glamorous.” 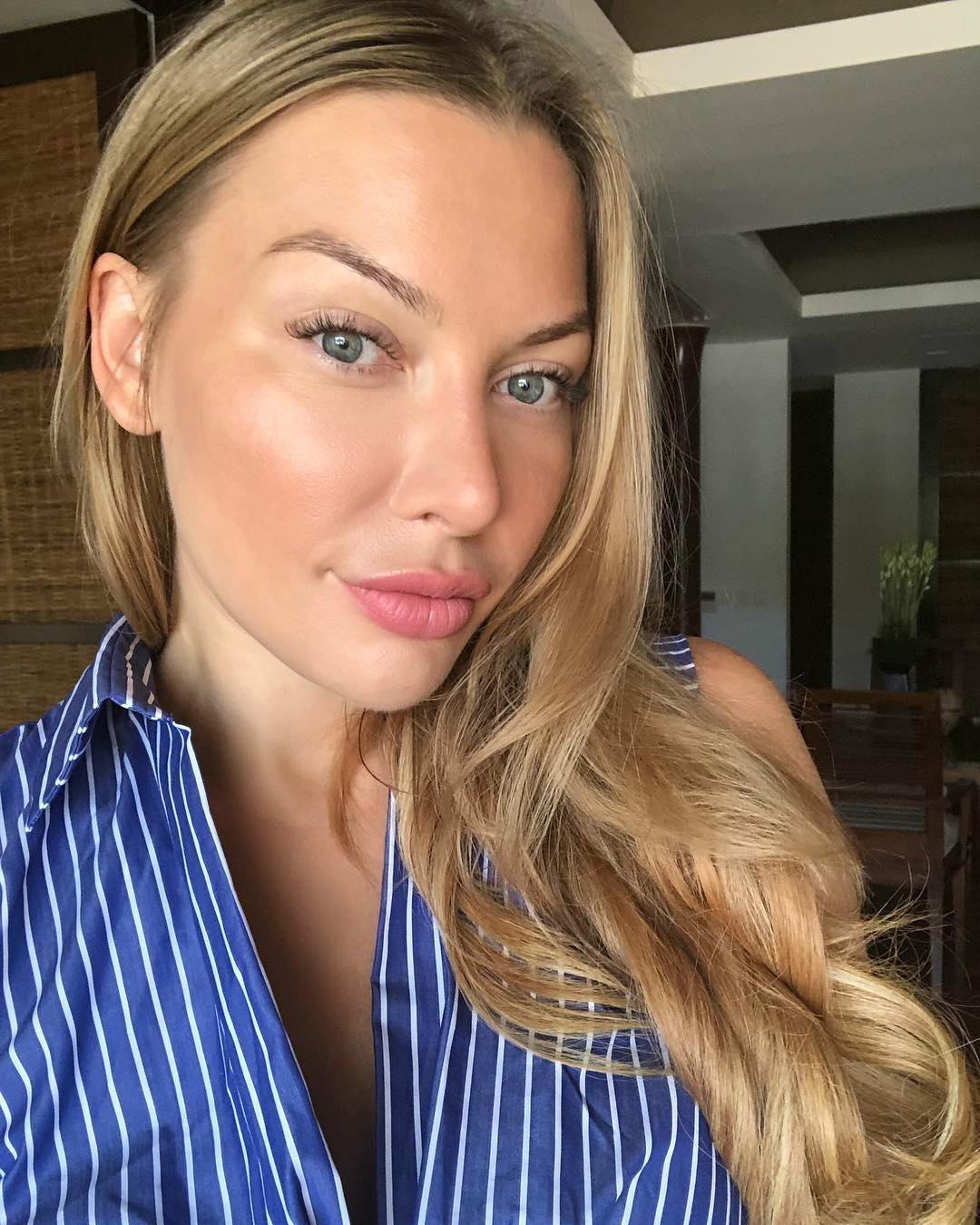 While you can’t go and get a blow-dry at a salon right this second, Anna says they’re worth the money when they open again as it’s an easy way to add some “va-va-voom” to your appearance.

She said: “I really believe that beautiful hair creates miracles for you and in particular for your overall look.

“Even if it’s not going to last you more than 48 hours. When you have a blow dry it is like wearing an accessory because your hair does so much for your whole appearance.

“You can wear something really basic but your hair is going to make you look like va-va-voom type of thing. If I could choose one thing that would make me look the most expensive it would definitely be a blow dry.” 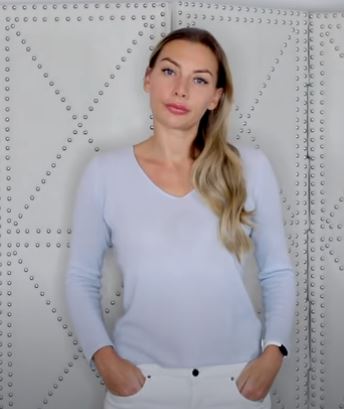 She warned women not to wear too many coloursCredit: Youtube / School Of Affluence

If you’re wanting to stand out in a crowd, it makes sense that you’d gravitate towards patterned or bright clothing – but Anna says this is the worst thing you can do if you want to look “elegant”.

She explained: “When I say wear minimal, I mean one colour, no prints, maybe even monochrome. Focus on clean lines in terms of how the styling goes.

“Play around mostly with neutral colours. That’s what makes the chicness come out and makes a person look more expensive.”

Warning women not to mix too many colours, Anna said: “Remember when I said do not dress like the masses, that’s exactly what you do when you start adding colour to your wardrobe.

“Because the masses ladies, they don’t wear colour like that. But if you do in a sophisticated way then you’re going to look amazing and not boring whatsoever.”

For more dating stories, this woman who suspected her boyfriend was cheating returned early from a girls’ holiday – and CAUGHT him in the act.

And this ‘crazy’ girlfriend made a lad sell ‘cursed mirror’ after claiming his exes got naked in front of it.