I’ve been on Tinder for 10 yrs. It’s given me the best and worst dates of my life. One couldn’t speak a word of English

THERE have been ten years of Tinder. A decade in which millions of people, including myself, have got a serious RSI from swiping right.

When Tinder first appeared in 2012, I had the dubious privilege of being one of the first journalists to give this ‘crazy’ new way of dating a try. It seemed a weird novelty then to match with random people nearby, just using your phone. 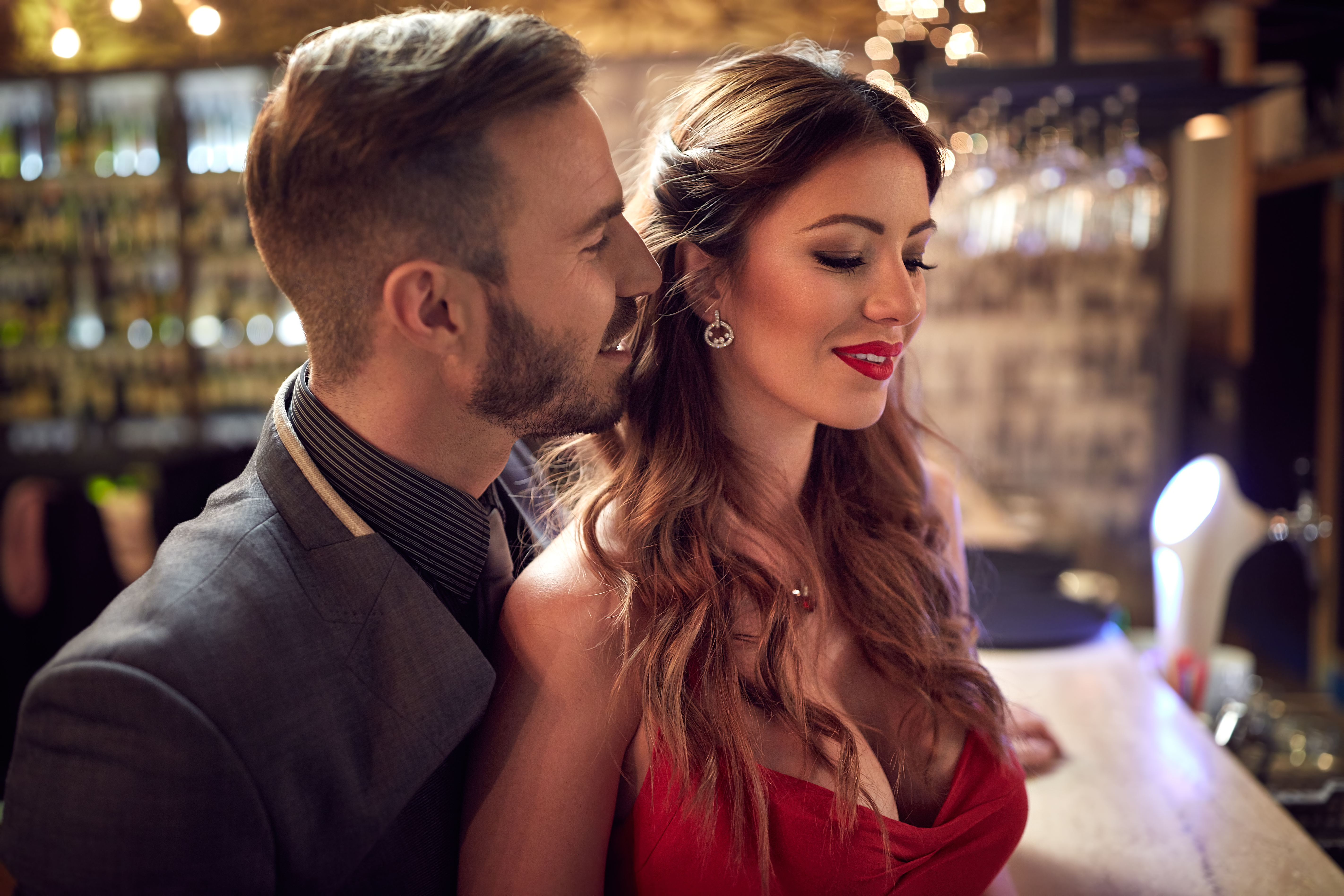 Ten years ago, I optimistically wrote that Tinder was a way to ‘find love from the palm of your hand’, – I laugh now at how naïve I was, writes KatieCredit: Shutterstock 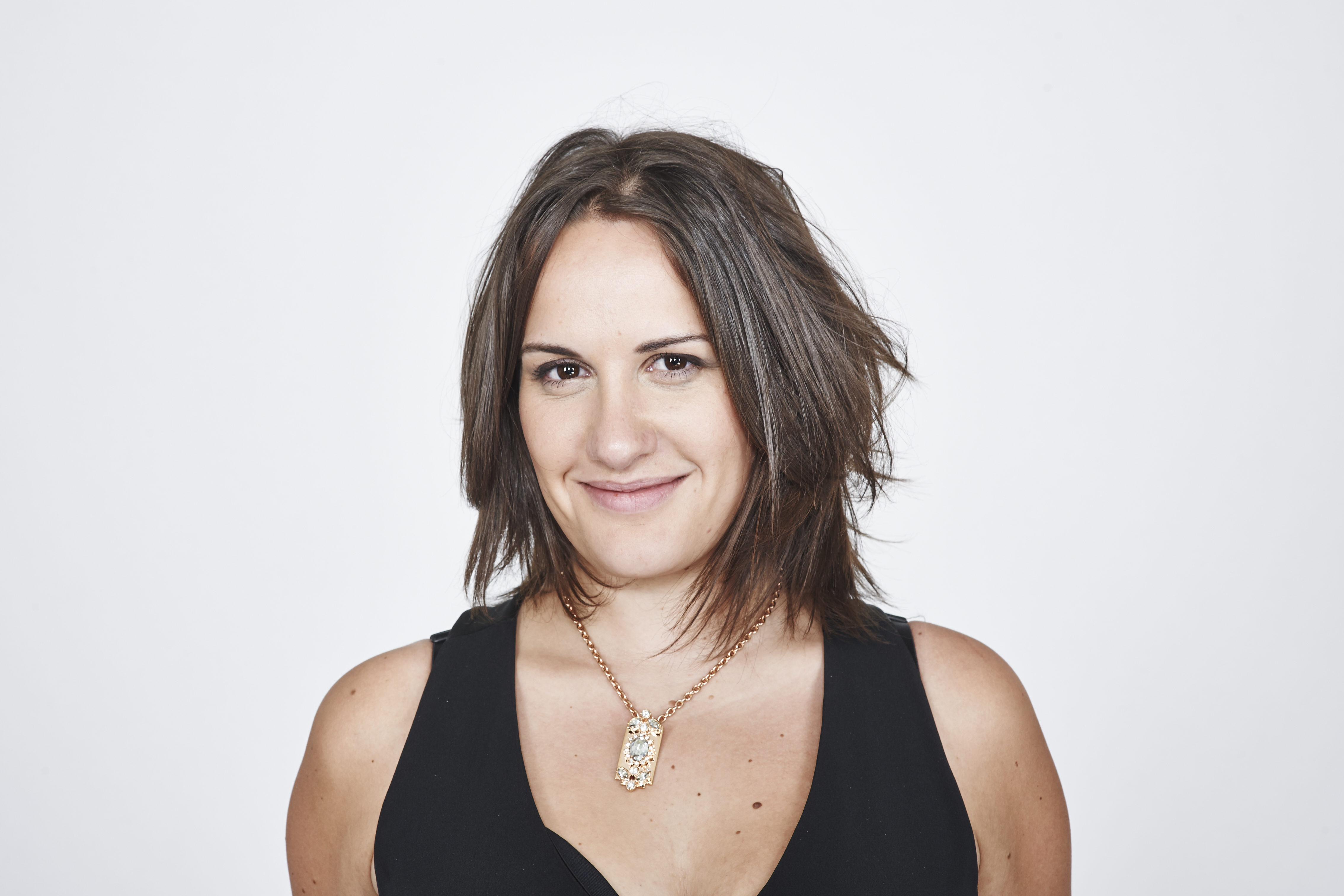 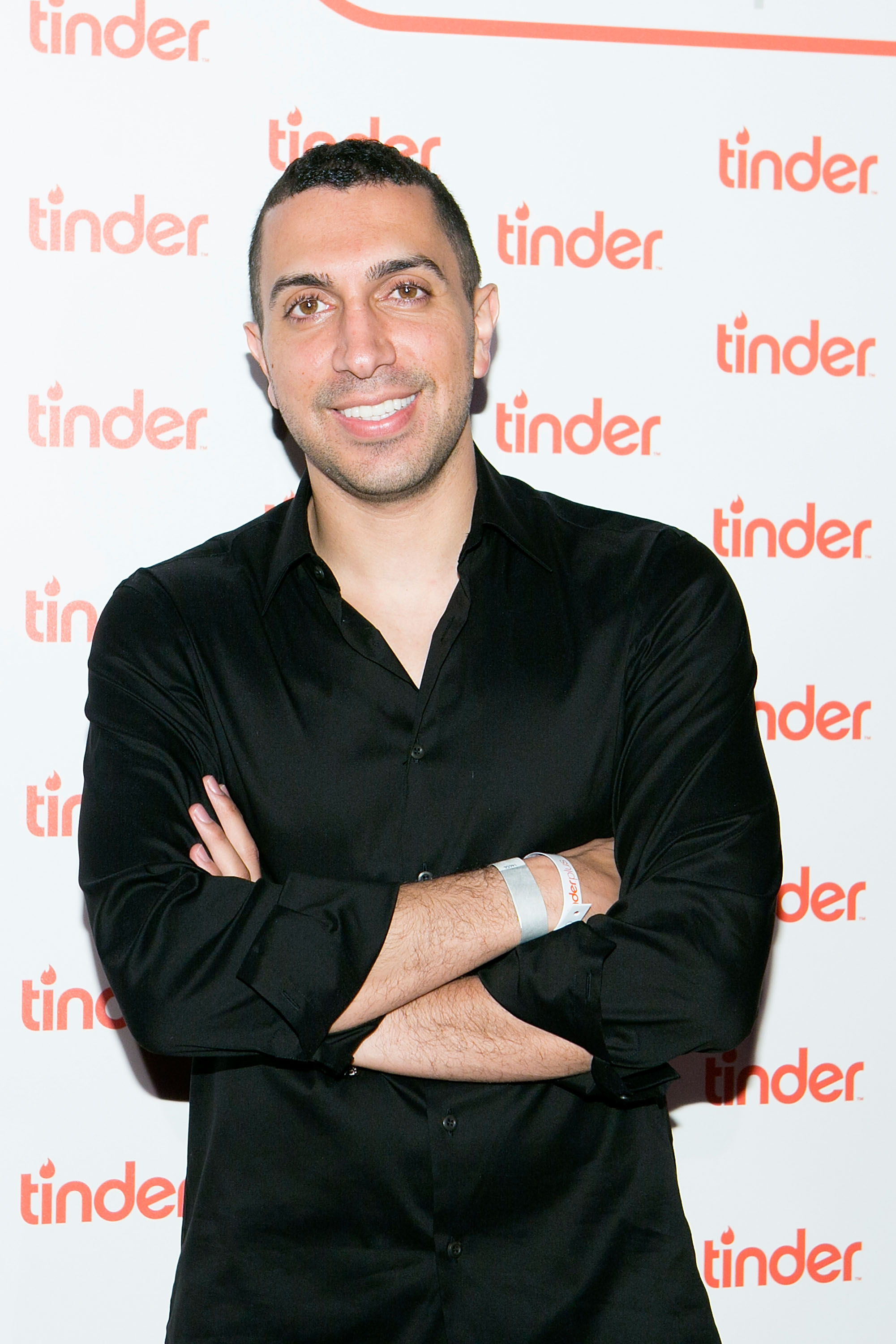 Founded by Sean Rad, then 26, Tinder changed the possibilities of datingCredit: Getty – Contributor

I optimistically wrote that this new dating app was a way to “find love from the palm of your hand”.

I laugh now at how naïve I was. Or perhaps I should cry given that this week (a decade on) I’ve just joined Tinder again.

Either way, in ten years since I first tried Tinder I’ve watched it irrevocably change the dating landscape.

Perhaps the greatest sea-change Tinder led was removing the stigma from online dating, once synonymous with sad geeks and divorcees, and turning it into something cool. 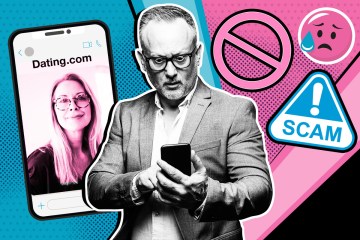 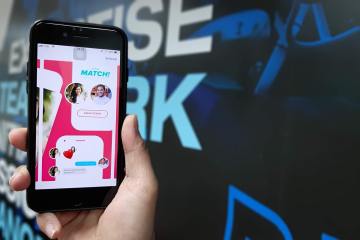 Suddenly there was this trendy app that cleverly used GPS to connect you with people around you who otherwise you’d never have met.

Founded by American tech whizz Sean Rad, then 26, Tinder changed the possibilities of dating. It felt fresh, exciting and safe.

Through swiping and matching you could attempt to pull people way out of your league without ever being rejected — if you don’t match with someone you just never speak.

The potential seemed endless. The pitfalls were less obvious . . . at first.

Tinder has revolutionised the dating scene. It has given us its own set of archetypes: The man posing in front of somebody else’s Porsche; the boy cuddling a drugged-up tiger in Thailand; the hipster playing a ukulele; the Instagram model doing a bikini over-the-shoulder shot; the classic ‘fish-face’ pout; the gym selfie.

It fuelled the trend for photos with an impenetrable number of filters. 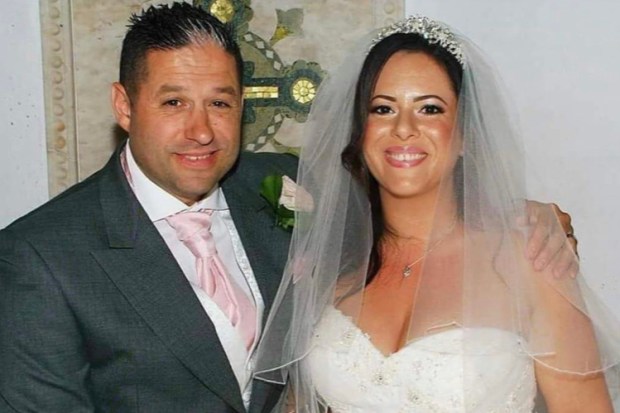 MELANIE, 41, and Lee Llewellyn, 48, a contact centre manager, have been married for five years after meeting a Tinder date.

Mum-of-one, Melanie a brand content manager from Kensworth, Beds said: “I’ve been using Tinder since it launched. There were many unsuccessful first dates, I was stood up and realised many people didn’t look anything like their profile pictures.

“Then in May 2015 I matched with Lee. We had our first date at a cocktail bar and instantly hit it off. Within a few months, we knew we’d be together for ever.

“We had a big white wedding in August 2017 and I know it shocked some people that as a single mum in my 40s I’d found love on Tinder.

“But its not just an app for hook-ups and people in their twenties, Lee and I are proof of that.”

Tinder has spawned its own vocabulary: Of ‘swiping’, matching, super liking, and sexts. We all learnt the meaning of DTF, ghosting, bread-crumbing and cat-fishing.

Tinder gave birth to trends including ‘Tinder Tourism’ where millennials travelled the globe in dates. I’ve done it myself. Dating boys in bands in New York, nerdy boys in San Francisco and farmers in Wales. Tinder even bled into true crime when Netflix hit the Tinder-Swindler was revealed.

Tinder has led to a million imitators — Raya, Bumble, Minder, Toffee, to name a few — but none have penetrated modern culture in quite the same way. While daters constantly flit between the apps, Tinder remains the model on which all others are based.

This step change in dating has made us less lonely. During the pandemic especially, I was grateful for how it allowed me to connect.

In other ways, though, it’s made us more alone, as people sit at home on their couches endlessly matching with people they never even have a conversation with. Now, on a night out at the pub, where once singles might have been chatting each other up at the bar, you’re as likely to see a sea of people swiping their phones.

We have always been drawn to date people based on their appearance, but dating by photo has made us even picky.

Some complain that Tinder has made us more superficial. An app that lets you pick dates based on a few pictures was never going to be deep.

We have always been drawn to date people based on their appearance, but dating by photo has made us even picky.

Just yesterday, my flatmate complained they’d never date someone who posted a picture of themselves with a dog. Others specify: no one under 6ft, no fatties, only boys with blue eyes. In real life we don’t judge people this way but on Tinder we can be guilty of looking more for a trophy than a mate.

Tinder has made meeting people easy. Perhaps too easy. Some feel it’s fuelled a “Shag and go” culture that American journalist Nancy Jo Sales criticised in her infamous article “Tinder and The Dawn of the ‘Dating Apocalypse” where she saw a generation of f***boys and Tinderellas rampantly using the app for instant gratification from casual sex.

Another downside of dating totally random strangers online has been highlighted by pages such as Bye Felipe, an Instagram account revealing the way daters are targeted with foul language and insults when they reject dates.

Yet, at the same time, the fleeting and anonymous nature of Tinder has given people freedom to experiment. MILFs hook up with 20-year olds they’d never have met. People explore their sexuality, flitting from gay to bi to straight. Couples use Tinder to seek discreet ‘fun’, married people to have affairs. 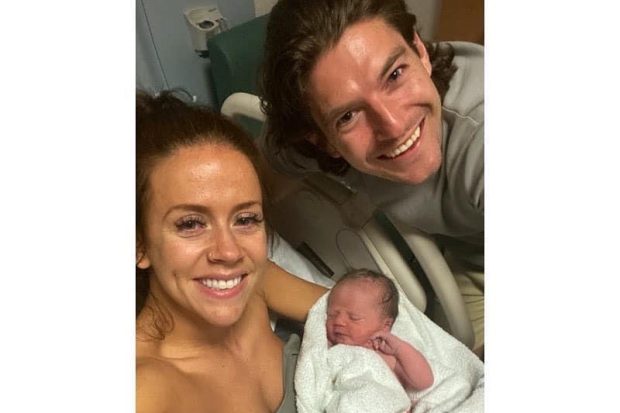 NURSERY staffer, Ciara Duggan, 34, and her partner Jordain Pearce, 32, a personal trainer from Sunbury-on-Thames, Surrey, are parents to two children thanks to Tinder.

Ciara says: “When I tell people our children are Tinder babies they are often shocked because they assume it isn’t a place to find lasting love, and certainly not the place to start a family.

“Jordain and I started messaging each other after matching in September 2019. We used the app to chat only for hours before we met for the first time so it felt like we’d been dating for ever.

“Our first child, Rudi, now two, was born in October 2020, then in May this year we welcomed Tayah.

“The chances of Jordain and I finding each other without Tinder would have been slim. Within three years we went from being single to proud parents of two. That’s thanks to Tinder and we couldn’t be happier.”

When I first heard about straight dating apps I saw them as a chance for women to enjoy the same kind of sexual liberation they were gifted by the Pill.

Apps allowed women a new sexual freedom to pick casual partners without being judged or having to go out on their own at night to meet men.

In ten years of using Tinder it has given me some of my best and worst dates.

There was the guy who showed up and I discovered couldn’t speak English, something I hadn’t been able to tell from his impeccably translated texts.

There were dates who turned out to be married. Mortifyingly, there were ones it turned out I knew.

Although it’s not always easy to tell who you’re going to meet based on their profile and a few messages.

My friend jokes that meeting someone on a dating app is like buying something from Amazon, you’re never quite sure of its size and dimensions until it arrives.

Like many Tinder users, I feel deeply ambivalent about it. As a popular Tinder bio reads: “Looking for a reason to delete this app”.

Like many Tinder users, I feel deeply ambivalent about it. As a popular Tinder bio reads: “Looking for a reason to delete this app”.

Already it feels like the next generation have moved on to finding other ways to connect.

Now young people prefer to meet through social media such as TikTok and Instagram, sliding into each other’s DMs.

Tinder feels old hat, and flat, when social media gives you a more rounded and realistic insight into someone’s life.

Yet it still has a place to make random connections in a world that increasingly is online-based.

For all the swiping I’ve done the fact is that every relationship I’ve ever had has been with someone I first met in real life. 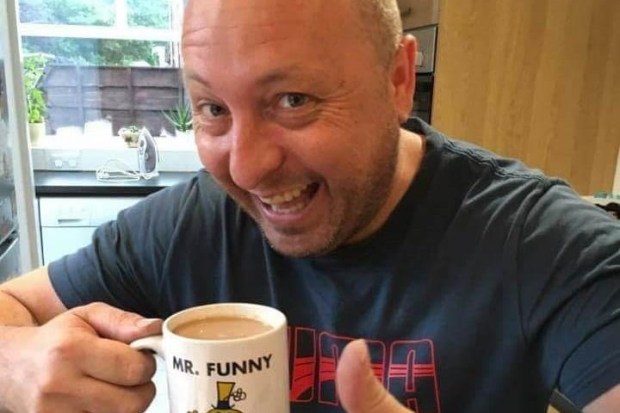 PLUMBER Darren Watson, 46, from Stockport has been using Tinder for a decade and still hasn’t managed to find true love.

He says: “When I signed up I was hopeful that by now I’d be married and possibly a dad. Instead I’m still using the app and still single – despite more than 300 first dates.

“A lot of women swipe left on my profile. All I want is a right swipe from the right lady.

“Many of my mates have found love, become dads and even married thanks to Tinder dates.

“I think I’m a relatively good looking fella, I’m funny, I own a four-bedroom house and I am rocking the shaved head look.

“I reckon women are becoming way more picky these days and in your forties you become invisible. But it’s a numbers game so I’ll keep on swiping.”