A COUPLE who have never met in person claim they are determined to make their relationship work despite living 5,500 miles apart.

Abigail Nelson lives in LA while Jack Pinney is based in Clapham, London, but the pair say that distance is just a number to them. 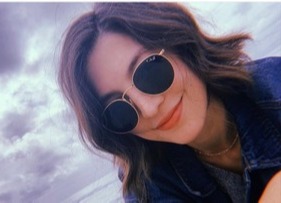 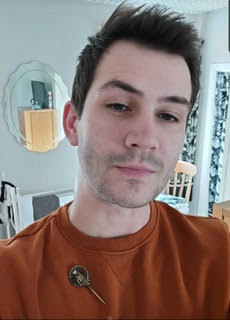 Jack lives 5,500 miles away in Clapham

The pair, who have never met in person due to lockdown restrictions, say that it was a shared love of a TV show that brought them together.

During three months of virtual date nights they have been re-watching ALL eight seasons of Game of Thrones and true love now appears to have blossomed.

Both had suffered their fair share of dating disasters and had all but given up when their friends stepped in and took control of their love lives.

Friends of the pair had signed up to Wingman, a new dating app that puts mates in charge of finding love, and Abi, who lives in LA, has her friend Casey to thank as she spotted Jack’s picture with his ‘Hand of the King’ pin and swiped right for Abi. 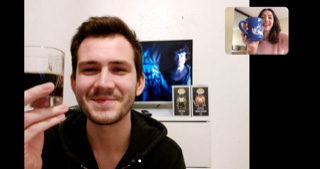 The couple have been enjoying virtual dates during lockdown

The pair initially bonded over a love of Game of Thrones

They are now counting down the days until lockdown ends so that they can meet but have yet to decide if that will be in LA or the UK.

Abi says: “Casey, one of my Wingman’s on the dating app, knew about my obsession with Game of Thrones so that was on my dating bio.

“She saw Jack’s picture with his ‘Hand of the King’ pin, and she swiped right for me. When we matched initially it was just so cool to have someone that loves stuff I love.

“Things developed over a short space of time as we Zoomed often. We now speak pretty much every day just like any normal couple.’’

Jack confesses: ‘’I had a few flings along the way but never anything that lasted more than a few weeks until I met Abi. We have really fallen for each other”. 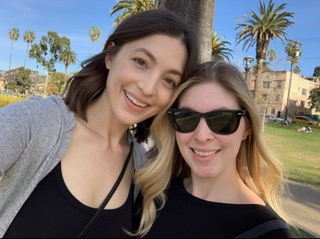 The pair used the Wingman app, which sees friends set their pals up on dates 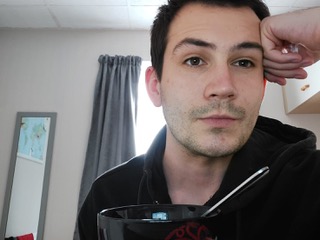 Jack admits that his dating life had been disastrous

‘’The fact we have had much longer to get to know each other without physically meeting yet has made us both more sure about how we feel about each other.”

Before meeting Jack, Abi said she would never have considered dating someone who wasn’t even in the same postcode.

‘‘I would have never considered a relationship or even spoken to him because he is out of my zip code let alone in another country,” she explains.

“I am a really shy person, and I don’t normally use dating apps but that gave me more confidence to chat to Jack and be open especially as my best friend Casey basically forced me to online date’ Abigail said in regard to how their relationship came about.’

‘‘As we can’t have a real-life date yet we make it special. We get dressed up in fancy clothes for our date night and cook the same meal, but our favourite is to order in Chinese, just like a real date’.” 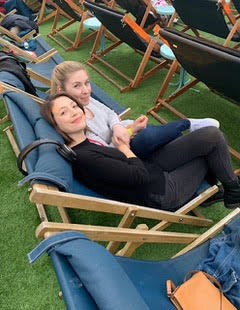 Before dating Jack, Abi says she wouldn’t consider dating outside of her postcode

Abigail said one of the reasons why they get on so well is because they are “total opposites..Jack is great fun and very outgoing, and I am quiet.’’

She added: “I have never been one to go to clubs and can’t stand it when a guy just wants a ‘hook up.’

“All of my past relationships have been disasters. I actually thought initially that Jack wasn’t that into me until I realised UK guys aren’t as open with their feelings as US guys are!’’

Both say they are taking lockdown one day at a time and the next step in their relationship after the Pandemic is to spend some time together in person whether that is in the UK or LA.

Abi adds: “The distance is just a number to us. Like all couples we are totally committed to each other. We know we want to make it work!”

Jack agreed adding: “Now there is a bit of light at the end of the tunnel with Covid we have started to talk about our future together and the plan to actually spend time together in person.”

In other relationship news, a ‘retired psycho’ reveals how to find EVERY Insta account your other half ever looked at & the stories they’ve reacted to.

And this woman blasted her ‘cheap’ date for only buying water – but gets savaged for cruel comments.

Plus this single mum issues a warning after being duped out of £5,000 by a con artist.

Boyfriend moves 10,000 miles to be with woman he fell in love with online during lockdown, but dumped her just three WEEKS later and moved back to Australia