FOR Kerstyn Walsh, the best feedback she can get while doing her job is when nobody actually knows she is doing her job.

“The biggest compliment for me from a guest or a parent says, ‘oh how do you know the bride and groom?’” she told news.com.au. 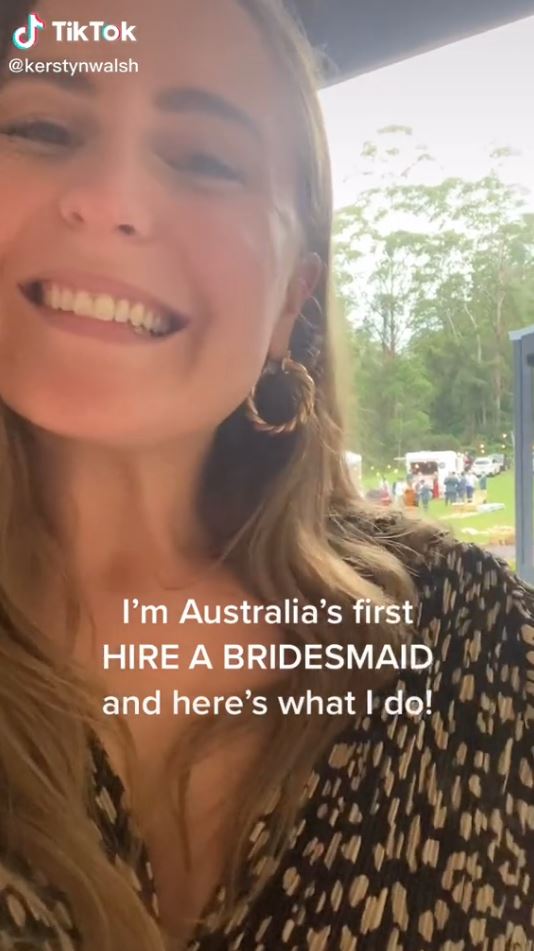 Kerstyn Walsh works as a professional bridesmaid in AustraliaCredit: TikTok

Since 2015, Ms Walsh has run her own business, Hire A Bridesmaid and as the name suggests, brides pay her to do everything a maid of honour would normally do.

The Sydney woman came up with the idea after watching one of her friends spend her wedding day rushing and trying to organise things.

Today Ms Walsh has two other women working for her as professional bridesmaids, as well as administration and marketing staff. She offers the hire-a-bridesmaid service as well as wedding planning, wedding day co-ordination and she also works as an emcee.

The cost of her bridesmaid services ranges from $1900 (£1,061) for being there on the wedding day to $8000 (£4,471) for the full bridesmaid experience, from picking the dress to holding the bouquet on the day, plus any travel, dress, hair or makeup expenses. 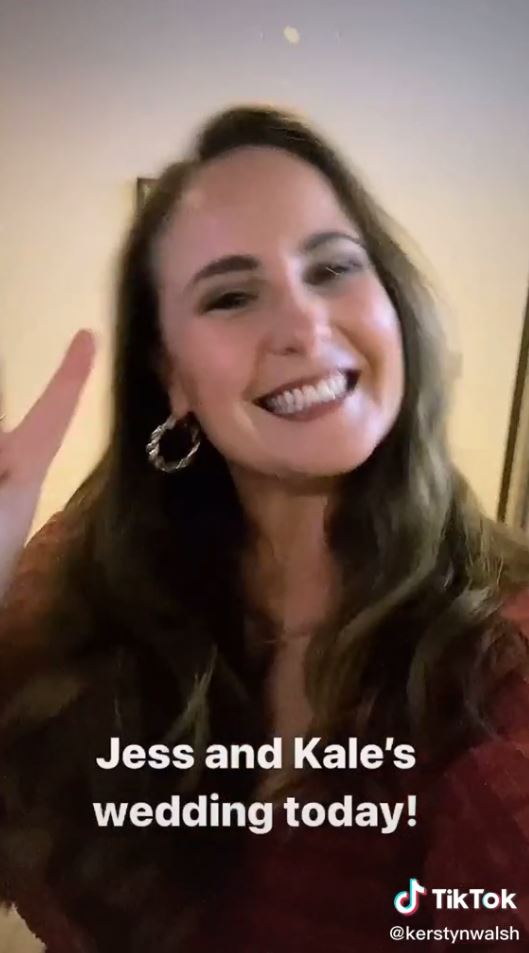 Brides pay Kerstyn up to £4,500 to walk them down the aisleCredit: TikTok 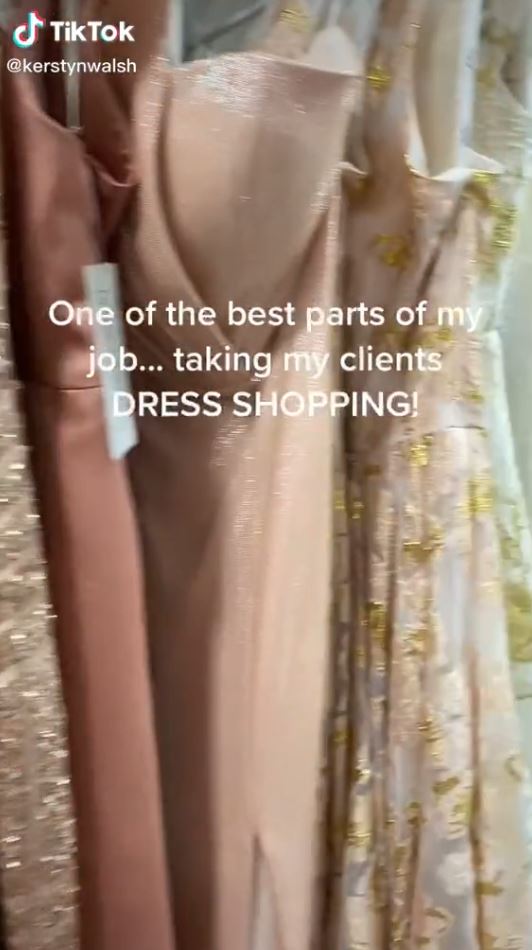 Brides will also fork out for any dress or travel expensesCredit: TikTok

Sometimes she will be a part of the bridal party, especially if numbers need to be made up to match the groomsman, and often only those in the bride’s inner circle know she has been hired to help.

While Ms Walsh wouldn’t reveal the most outlandish request she’s had to fulfil as a professional bridesmaid, she did share the one thing she refuses to do.

“The reason I chose not to come up with some elaborate back story of how we met and know each other is simply because someone at the wedding is going to ask me a question I don’t know the answer to, but if I’ve been your friend for 20 years, I should know.” 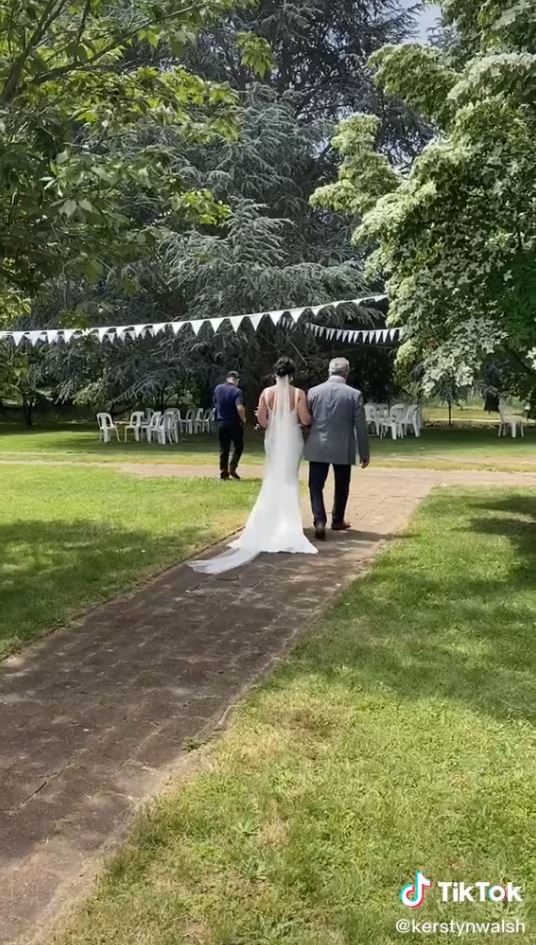 Kerstyn says she will not, however, come up with an elaborate back story as to how she knows the brideCredit: TikTok 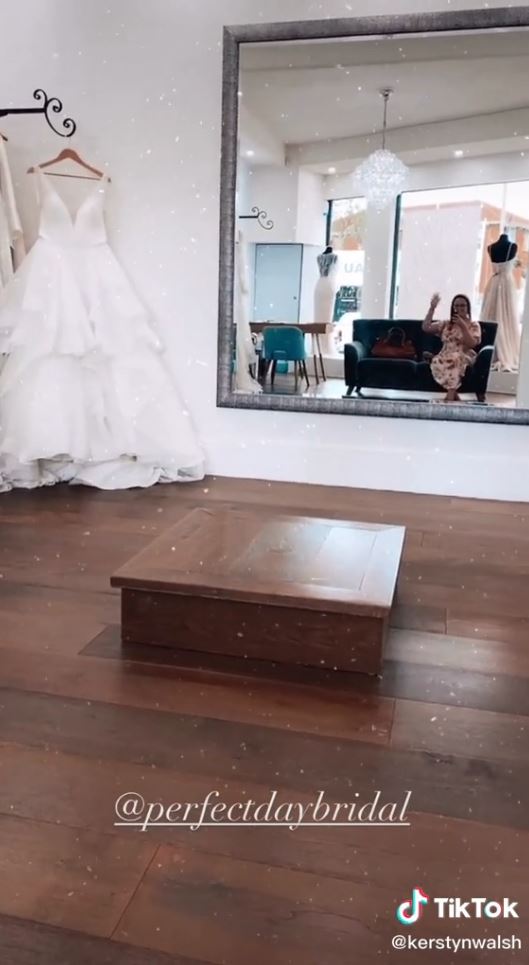 But she will help them go dress shoppingCredit: TikTok

Instead Ms Walsh prefers to say she and the bride are “new friends” who have “become closer and closer throughout the wedding planning process”.

While Ms Walsh works with brides during their most stressful moments of wedding planning, she doesn’t believe in bridezillas.

Instead, Ms Walsh said the pressure of the big day makes it “no surprise that somebody loses their mind”.

According to Ms Walsh, the biggest do when it came to weddings is key to enjoying your big day.

“I think the most important (thing) is to try your best not to read too much into other people’s opinions. At the end of the day its about you and your partner,” she said.

“Your decision matters, these days’ traditions are being thrown out the window left, right and centre.

“As long as you’re covering off the things you need to do to make it legal anything, is possible and you can do anything you want.”

A massive spend also isn’t necessary, with Ms Walsh saying it is entirely possible to have the perfect wedding on a budget.

“You don’t have to spend tens and hundreds of thousands of dollars to make it beautiful, it’s a day about you and that’s what matters,” she said.

When it came to don’ts, Ms Walsh said one of the most important things was to take into account on the day conditions.

“Don’t ignore weather – if it’s looking like it’s going to rain, I’m so sorry it’s not something we can control,” she said.

“There’s nothing worse than trudging around in wet clothing all day.”

Her other don’t is one couples will thank Ms Walsh for when they get their wedding photos.

“This is my pet peeve – don’t read the speeches off phones, make sure speeches and vows are printed on a bit of paper,” she said, “because otherwise in your photos it will look like you’re texting.”

“Everybody has their own level of how much organisation they want and how much control they want over an event,” she said.

“At the end of a day, it’s not human nature to plan a day for yourself and your other half where everybody’s attention is on you, where you feel like you’re being judged at every turn where there’s so much pressure and other people put money in.”