A WOMAN who wore her wedding dress to her brother’s wedding has taken to Reddit to complain after her new sister-in-law accused her of “ruining” her nuptials.

The anonymous poster shared her story on the site’s popular Am I The Asshole? forum, explaining that guests to the winter wonderland wedding were required to wear “silver, white or light blue” to fit the theme.

A bride was left furious after her sister-in-law wore a wedding dress to her wedding – despite previously saying it would be okayCredit: Getty

“All the outfits were supposed to be dramatic, even my brother’s wife said she didn’t mind if they didn’t even stand out, we were all supposed to look like rockstars there was even to be a prize for the best-dressed guest at the end, a fun game, I wanted to play along,” she wrote.

While a lot of the couple’s friends were buying expensive gowns, she had been working so much that she hadn’t had chance to go shopping.

“I had dinner with them a few months before the wedding and my brother suggested that I wear my own wedding gown (white and silver) since I never ended up getting married, she agreed as well because other people were going to be in white anyway,” she wrote.

Following the conversation, the woman wore her wedding dress to the nuptials and “got complimented on it all night”.

She even went on to win the best-dressed award.

“The wife was super nice the entire night but then I didn’t hear from my brother for about a week,” she continued.

“When I went over to find out what had happened, apparently his wife was extremely upset at me wearing the wedding gown and that I ruined her big day and the only person who should be in a wedding dress at a wedding is the bride.”

While the poster admitted she would ordinarily agree with that statement, she added she thought it would be ok because the bride had previously agreed to it.

“She called me a lot of names and my brother even said the way she’s been talking about me he’s starting to regret marrying her, he’s very protective of his siblings,” she wrote.

Concluding, she revealed that the “guilt is basically eating me alive”.

“She says I’m an asshole and I should have known better despite her ‘obvious reluctant confirmation’ and my brother says I’m completely fine and did nothing wrong,” she finished. 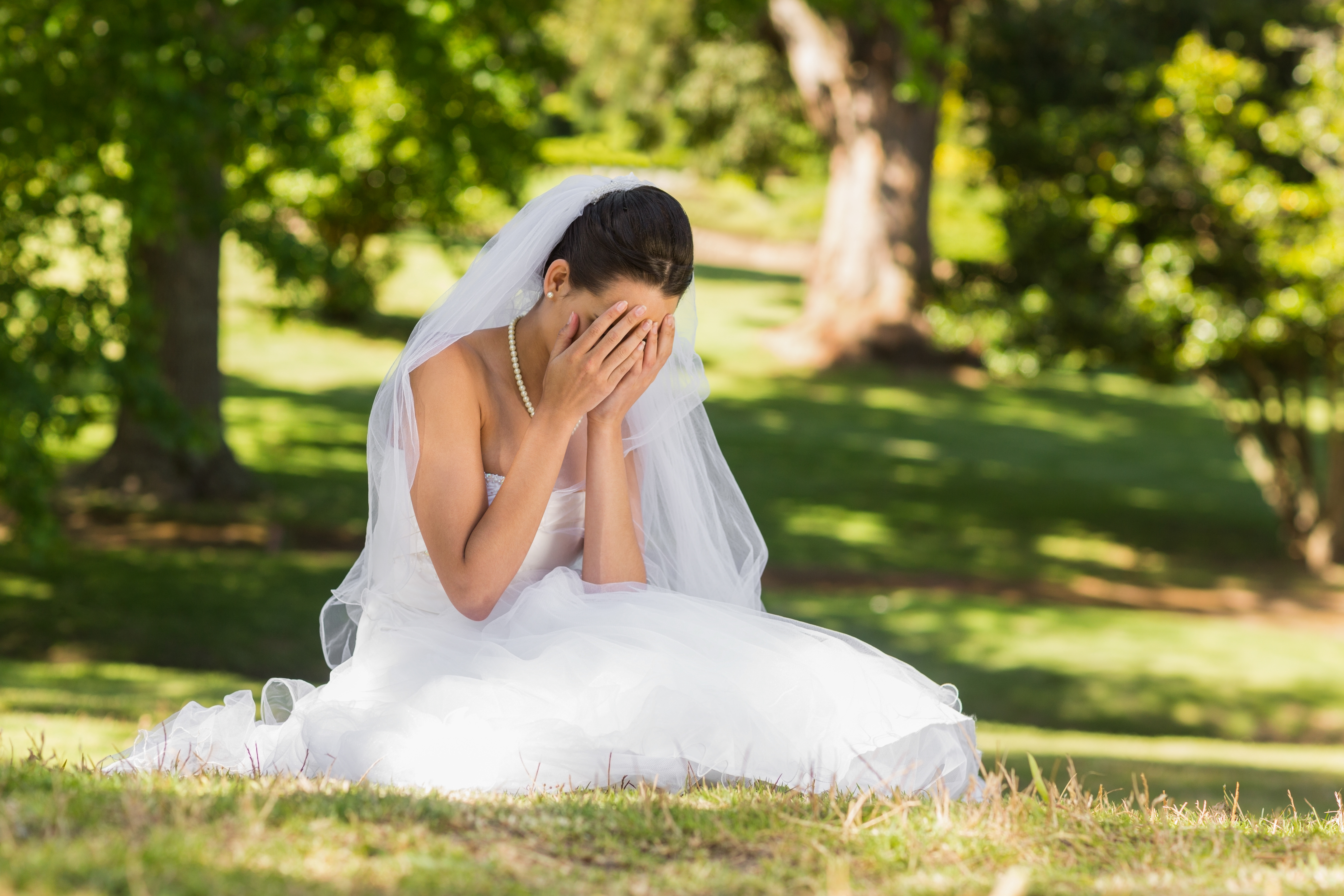 The bride said her new relative had “ruined” her wedding by wearing the gownCredit: Getty

In response to the post, the majority of people agreed that the woman wasn’t in the wrong.

“They suggested it AND you got both of their approvals,” one person wrote.

“If this was going to be an issue, she shouldn’t have said yes.

“She is just jealous!” another commented. “I would be like the brother regretting marrying her.

“If I marry someone I would be happy even if the cake was on fire the guests in swimsuits and the band tone deaf.

“Unfortunately lots of women want the attention….. Too bad for them.”

“When she made the suggestion she forfeited any ‘right’ she may have had to complain,” a third agreed.

Speaking of weddings, this woman threw a budget wedding – and even the dress was £5.

This lady planned to ban her dad’s girlfriend from her wedding over wearing a cream dress.

And this couple sleep in separate beds despite being married, and say their sex life is great.

How to feel confident during sex if your body has changed