A WOMAN described the ‘worst date in history’, in which her date claimed that unattractive women don’t get sexually assaulted.

The woman said she ‘literally ran in the rain’ to get away from her date – but he had the nerve to send her an angry message the next day.

Kailly said she’d rather beat herself with her own dead limbs than see the man againCredit: @thekaillyjo/Tiktok 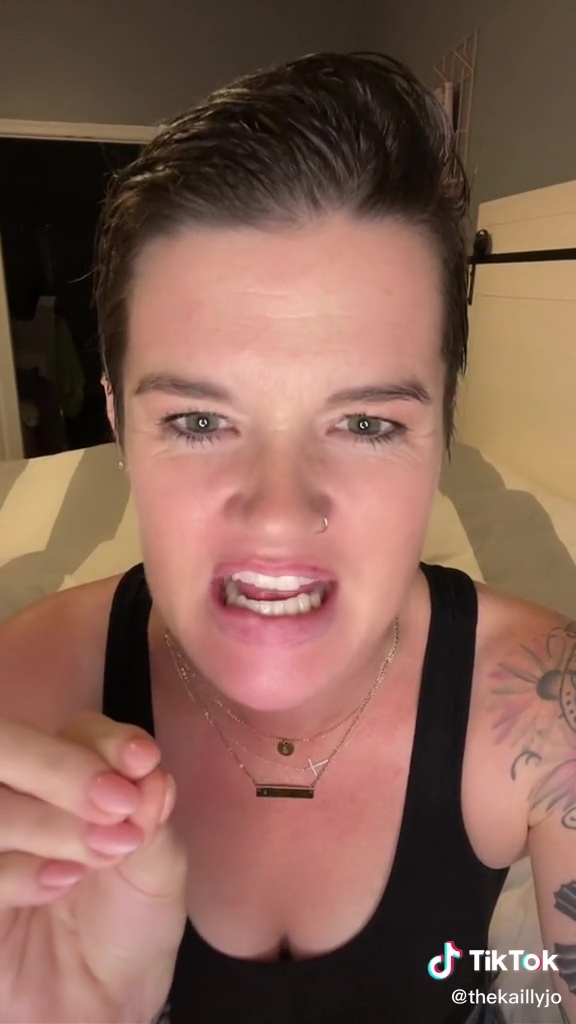 When she told the story, commenters agreed her date was way out of lineCredit: @thekaillyjo/Tiktok

Tiktok user Kailly shared her dating horror story with her followers, who all agreed the man in question was out of line.

She first shared the text messages her suitor sent her after the terrible date.

He wrote: “That was the worst best date I’ve ever had.”

He also acknowledged that the date “went south” quickly.

Kailly captioned the screenshots of the text conversation: “AFTER the worst date in history, this man thought it was a good idea to text me this. I gave it two days that had to respond.”

She then described exactly why the date was so appalling.

She said: “Y’all. I have literally been on the worst date ever.

“I literally ran in the rain to my car to get away from him.

“So, the date started off decent. He says he’s a liberal, all these things, it’s fine, we’re having a good  conversation, we’re laughing, I’m loving it.”

Things quickly took a turn for the worse when Kailly revealed she doesn’t shave her body hair.

She explained: “He lifts up my arm to see if I shave, and then says: ‘Well, if you didn’t shave, I wouldn’t be on this date with you because that’s disgusting.’

At this point, however, things go from bad to worse.

Kailly described: “Then he goes on to say ‘yes, I’m a feminist, but I hate the feminists that are wearing the overalls and are claiming that they get raped when they’re the last person that would get raped.’ What?!”

“Eventually I told him that he’s just a misogynistic douche and I walked my fine a** out of there because ain’t nobody got time for that, ladies.”

Kailly’s video racked up 637,000 views and commenters were horrified by her date’s misogynistic outlook.

“Oh it was BAD bad, I’m so sorry”, said one commenter, and another wrote: “Oh my god that’s so bad I’m so SORRY”

One viewer said they would “literally get up and leave”, and Kailly assured them that’s exactly what she did.

“Oh my GOD it just got worse and worse”, added another.

For more relationship stories, this woman proudly showed off the engagement ring that was ‘bigger than she wanted’ & everyone is saying the same thing.

And this is the cheating capital of the UK – see if your town is on the list.

Plus this man shamed his date for paying for their meal with coins and got absolutely savaged.

Microsoft warns BILLIONS of passwords have been hacked – check yours now