IF you’re in the dating scene, you’d know how upsetting it is to get ghosted, especially if you enjoyed the time spent together.

However, one woman had become so frustrated of guys constantly disappearing, she came up with a rather savvy solution – an ‘exit’ questionnaire.

The video was liked by almost 260 thousand peopleCredit: tiktok @riesling4prez

Shanna, from Nashville, shared the survey – and the results – on TikTok, where the video has taken the internet by storm, with 4.7 million views.

The woman, who also organises singles’ events in the area, explained that she was ”tired of getting ghosted” and thought that sending a couple of questions to the men who never agreed for another date would give her a valuable insight.

”I created an exit interview to see where things went wrong,” said Shanna.

In order to find out what had happened that made the men change their mind, the woman asked to rate her personality ( 1 – best, 4 – worst), her level of ”hot (this ranged from ”woah, she hot” to ”she alight”) and her jokes.

For a more detailed analysis, she also asked a set of various questions, for example, ”what could Shanna do to stop getting ghosted?” and ”If you could tell Shanna one thing before she forgets who you are, what would it be?”

After going viral, Shanna uploaded the results from one of the guys who had completed the questionnaire.

The man, who described her as ”smokin hot”, explained that he had made the decision to ghost her after developing feelings.

He also suggested that she started to date women as ”men are dumb” and told her to ”keep being a bad**s b***h”.

Due to high demand, Shanna also promised to ”do a tutorial this week on how to make your very own *ghosting* survey”.

While some people thought the answers were ”sweet”, one user disagreed: ”So, he was never actually interested in dating and wasted ur time completely.

”This is a sad excuse for an apology.”

Another viewer thought: ”Truly shows just how much ghosting is more of a representation of them then a reflection of you.”

”At least this def brings some sort of closure and answers those questions that keep on lingering,” a third added.

In other relationship news, a dating expert has revealed the seven things you need to put on your profile to get a date EVERY time.

Meanwhile, this woman discovered her husband had been on dating apps and so decided to make her own account to catch him in the act.

Plus, a woman’s claimed she’s had the ”probably worst” date ever after her would-be Romeo took her to the pub and McDonald’s, despite driving a posh car and promising to treat her. 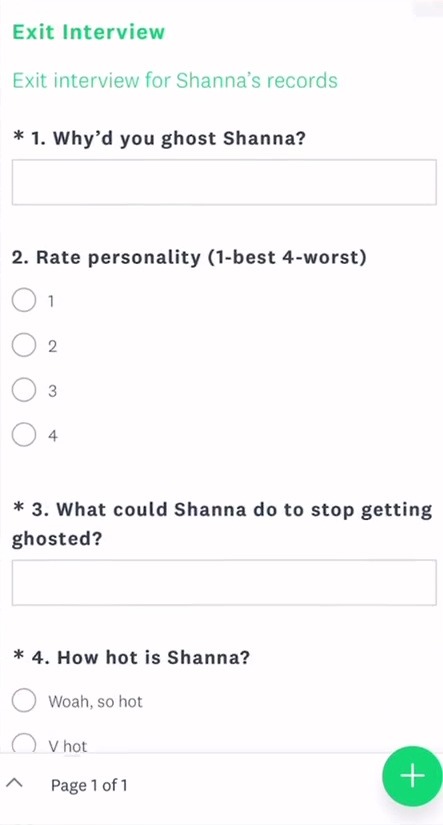 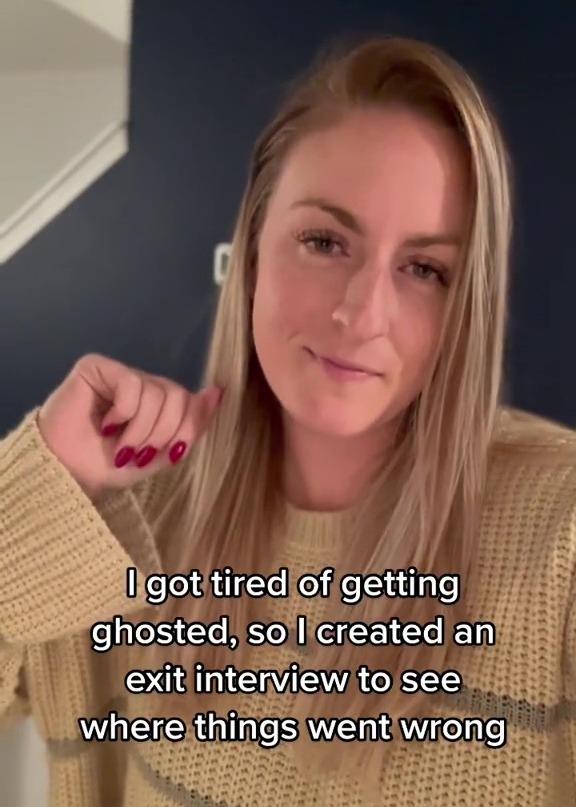 She said she wanted to use this to ”call out boys on the bs”Credit: tiktok @riesling4prez

76 Of The Most A-Dough-Rable Donut Puns