This year was meant to be a replay of the roaring 20s, your hot girl or boy summer. We’d be hedonistic, bacchanalian and, above all, getting laid. All the pent-up energy of lockdowns, the only time it has ever been illegal for people from different households to have sex, would explode in one helluva bonkbuster summer. But has it panned out that way? Or has Covid ruined our sex lives?

Have we really stopped having sex?

Every decade since 1990, the UK has carried out a detailed National Survey of Sexual Attitudes and Lifestyles (Natsal). In 2020-21 it was replaced by the smaller Natsal-Covid study, which painted a complicated picture: of those in cohabiting relationships, 78% saw a change in their sex life, usually for the worse. One in 10 reported sexual difficulties that started or worsened in lockdown. Even though 63% reported some sexual activity, 75% of those who did were in a cohabiting relationship. Times have inevitably been even leaner for couples who weren’t living together. As for people who weren’t in a relationship, the lockdown months were a catastrophe: only one in 30 women and one in 10 men had a new sexual partner.

A rise in sexual activity can often be detected by a rise in STI rates, but these are hard to judge at present. Anecdotally, professionals have reported a jump. Will Nutland of the London School of Hygiene & Tropical Medicine, who is co-founder of the not-for-profit Love Tank, which researches health inequalities, says: “All my clinical colleagues have noted STIs rising. There’s been a big increase in syphilis, particularly among straight women.” But the general feeling is that Covid-driven lack of STI services means these are mostly stored-up cases from 2020. In summary: just as summer failed to materialise, so did the love.

Does long Covid kill your mojo?

Short answer, probably. Robyn, 37, caught the virus last December, felt better in January, then found her symptoms coming back. “The main thing is dreadful fatigue and brain fog. I forgot my housemate’s name. I technically could go on a date, but I’ve barely enough energy to walk to the corner shop, let alone have sex.” And anyway, she adds: “I’ve got absolutely nothing to say for myself. My interests are napping and having baths. I’ve got no sparkling personality. Oh, and since December, I’ve had no sex drive at all.”

But Eleanor Draeger, a sexual health and HIV doctor, counsels against too much extrapolation. “People with all sorts of physical disabilities have sex, and long Covid is a physical disability. They may not be having hanging-from-the-chandelier sex, but they can still have sex.” However, she agrees that if low libido is a symptom, it will be pretty decisive.

How does fear of catching Covid affect our sex lives?

It’s not unreasonable to try to avoid catching Covid. Rose, 27, lives in Edinburgh and works in responsible investment, so uses the phrase “risk budget” more than most of us. But she says “I don’t want to waste that budget on spending time with anyone other than my friends.” She doesn’t want to try getting off with friends: “You’d ruin a friendship at a time when it’s so hard to make new ones?”

People aren’t necessarily scared of Covid; they’ve just forgotten how to be close

There’s a subtle but gigantic mental barrier to cross in going from two metres to zero millimetres apart. “People are not necessarily scared of Covid,” says Nutland. “They’ve just forgotten how to be close.” This doesn’t always have a sexual dimension – many people describe anxieties about everyday proximity and crowded spaces. “We’ve lost those social and sexual skills,” he adds, “though they’ll come back with a bit of time.”

Have lockdowns shaken our body confidence?

Nearly half of us – 48% – put on weight in lockdown, and 29% said they drank more. But that interacted with more nebulous feelings of pessimism and low self-esteem that come with too much time indoors. Jenny Keane, a sex educator who was running an online orgasm workshop when the pandemic broke out, says feedback she was getting “centred on low libido, lack of desire and low self-esteem, which are in a vicious circle.” So she tailored a course on “body confidence and sexual self-care”.

Not everyone sank into despair about their bodies. Anya, 38, is frustrated by the fact that she is in decent shape but there’s no one to appreciate it. “I wouldn’t get on Love Island, but I want someone to bear witness to the fact that I’m reasonably attractive and look good naked.”

Have we become obsessed with hygiene?

Sanitised sex is a contradiction in terms. It isn’t reasonable or possible to be intimate with someone while maintaining germ barriers. After 18 months of trying to keep ourselves physically separate, it is quite hard to stop seeing closeness as a threat. Draeger has seen this play out vividly in her clinical work, to the point where an STI diagnosis that wouldn’t normally have caused a huge amount of angst has had a hugely damaging effect. “People have told me having an STI felt really stressful in the context of Covid,” she says. “They just felt that everything was unclean.”

Phil Samba, 31, a researcher and campaigner who helps black gay men in particular access HIV and STI testing, says: “Suddenly the message was ‘Just wank.’ That really irritated me. That didn’t work during the HIV/Aids pandemic, and it wasn’t going to work now.” But it was still “very triggering” for people who lived through the HIV epidemic. Samba says: “People were dying of a mystery virus spread through interaction, and it put people back into that 1980s fear.” 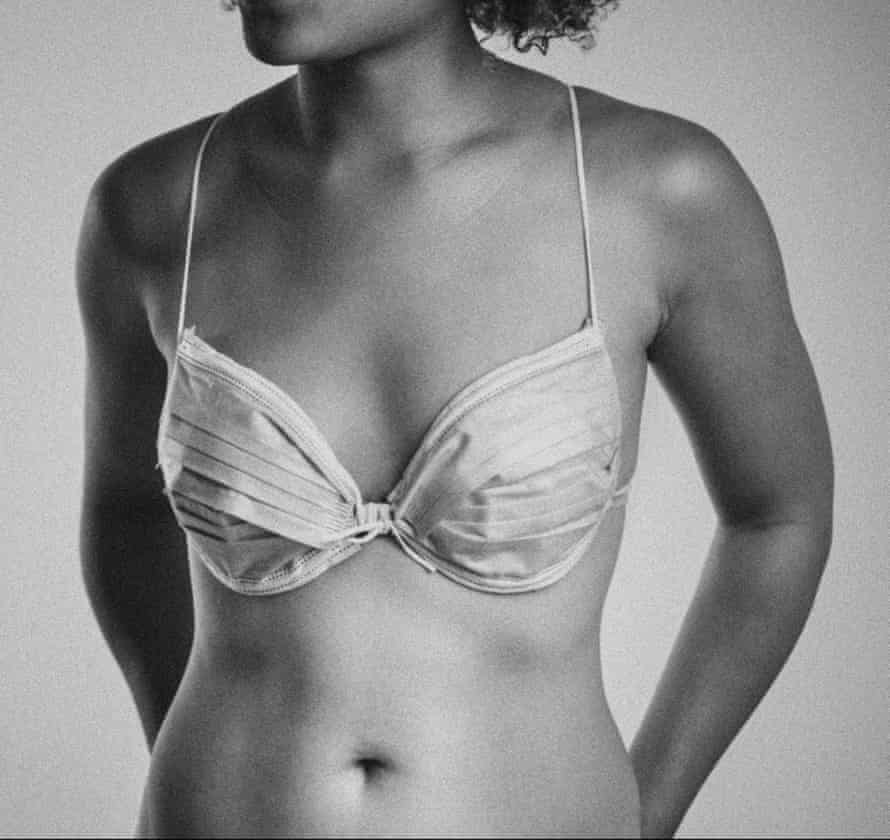 Are we all just happier staying at home now?

says: “I’ve got so used to pottering about my flat that I think, ‘Yeah, that’s my life now.’” Greg, 45, divorced with two children, ended a relationship at the start of lockdown partly because his kids, 10 and 12, were not happy about it. “Now I can’t even go to work without the dog going up the wall. Everybody’s got used to this cocooned, slightly selfish world. I’d struggle to bring anybody else into my life. I was supposed to be having a date tonight, but I don’t really fancy it. I feel a bit rusty.”

Also, where is everyone?

Dating apps, brutal at the best of times, are a bit quiet. Anya says: “When the pandemic started, I was 36. Now I’m 38. Part of me does worry that men are looking for women whose fertility isn’t going to be an issue.” And where do you meet people, if you’ve had enough of app dating? After-work drinks, bars and festivals have all either disappeared or are operating under new limits that squash flirting opportunities.

Are cohabiting couples really having it the best?

The problems in a cohabiting relationship are different, Keane says. “A woman might be a mother in the morning, a worker in the day, a mother again when she comes home, and a partner when the children go to bed.” In lockdown, we lost those boundaries and became everything in one room.

Then there is stress, which can send you in one of two, really unhelpful, directions: “Either we become activated, so the kind of sex you want then is generally fast and easy,” says Keane. “Or we become disconnected, and have that sense of being further away from the person you’re in the room with.”

Even before the pandemic, were we having much sex?

In the US, research from 2018 found a distinct downward trend: millennials were having less sex than boomers did at their age, and Zoomers were having less than millennials. This doesn’t appear to be the whole story in the UK, unless we’re just slower to notice. Here, under-35s are drinking less and taking fewer drugs, but according to the most recent Natsal (2010-2012), they were having more of everything sex-wise: partners, experiments, encounters. Certainly, they are not very reliable narrators – one 21-year-old I spoke to had sex with two different people between agreeing to be interviewed and the actual interview, and that was a window of 24 hours. So I had to drop her, but I don’t think she minded.

Why haven’t we gone back to normal now?

The lifting of lockdown doesn’t mean intimacy returns. A lot of the practical barriers to sex, such as a house full of children – or, worse, adult children – and everyone working from home, are still up. Tom, 37, is in an open relationship with his same-sex partner of 20 years. “We’re intimate but we’re not really sexual,” he says. They both used to travel a lot for work, and had sex with other people when the other was out of the house. Since Covid, that’s harder. “It’s a bit awkward saying: ‘I’m just off out to get laid.’ Where we’re out of practice is the tacit understanding: “Oh, you had a shower and went out for two hours.’ It feels as if I’m doing something dishonest.”

Sex is about connection, and the pandemic has been about disconnection – physical and emotional: at some time or another, we’ve all been in fight-or-flight mode, which is about as disconnected as life gets. Keane believes there is a way back, if we understand better how our state of being affects our interest in sex. “Whatever the problem, everybody’s question is always: ‘Am I broken?’ When so many of us carry shame about bodily functions and confusion about sex, good quality, sex-positive education is key. You can change your entire relationship with yourself just by changing the understanding of your body. My answer is always the same. ‘No, you are not broken.’”

Some names have been changed.
Additional reporting by Delphi Bouchier 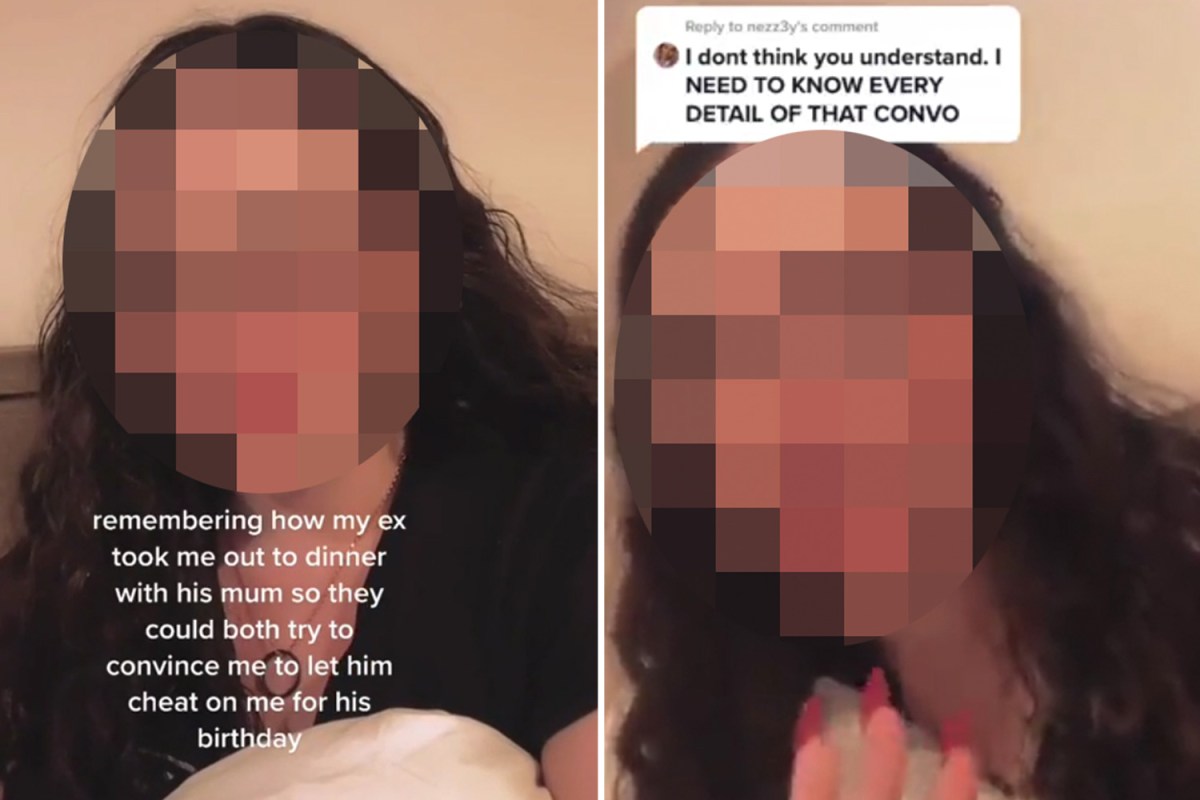 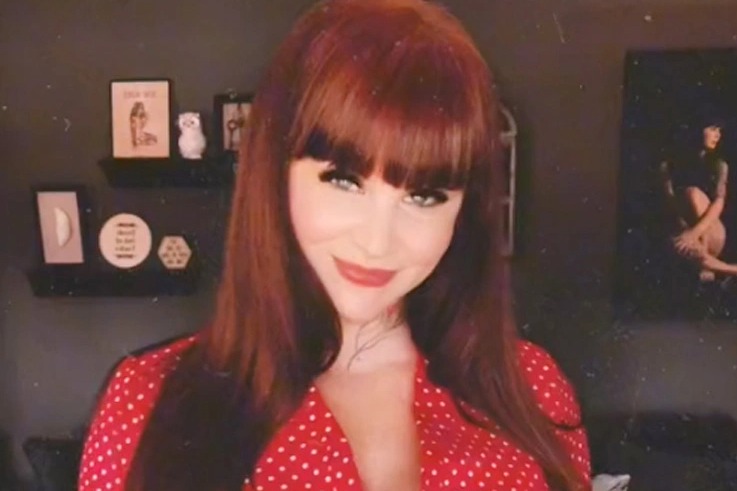 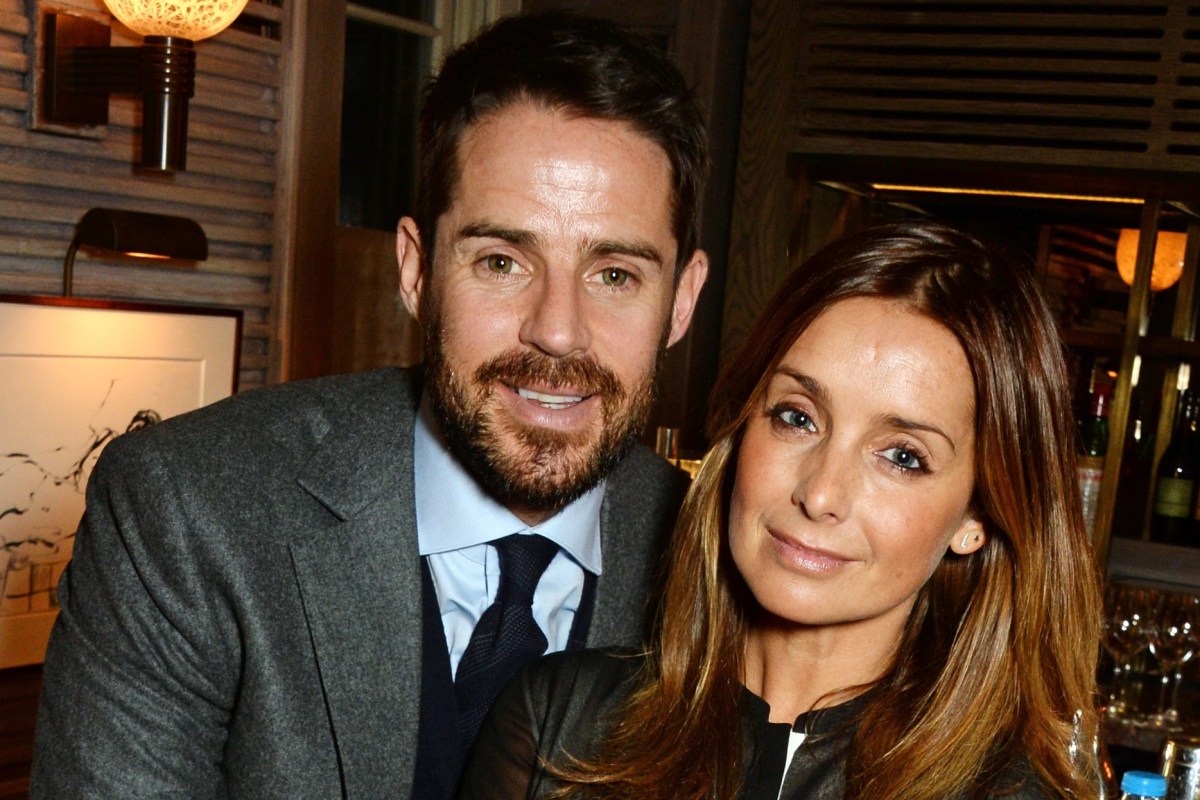 I ditched married name when I divorced & Louise Redknapp should 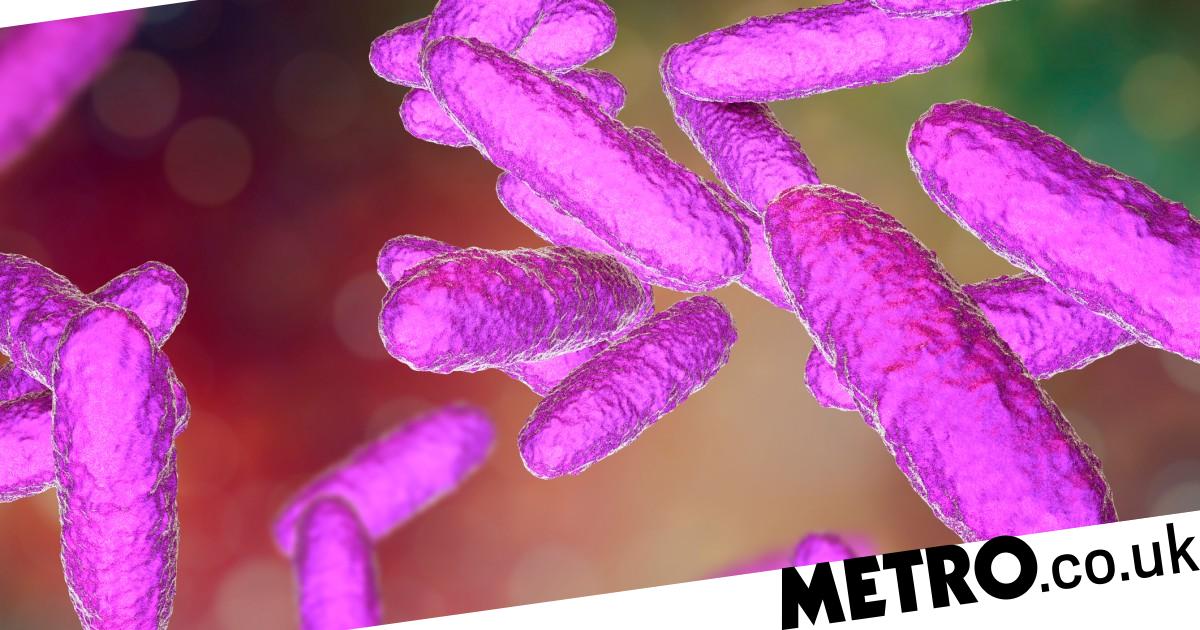 What your star sign says about how you handle break-ups 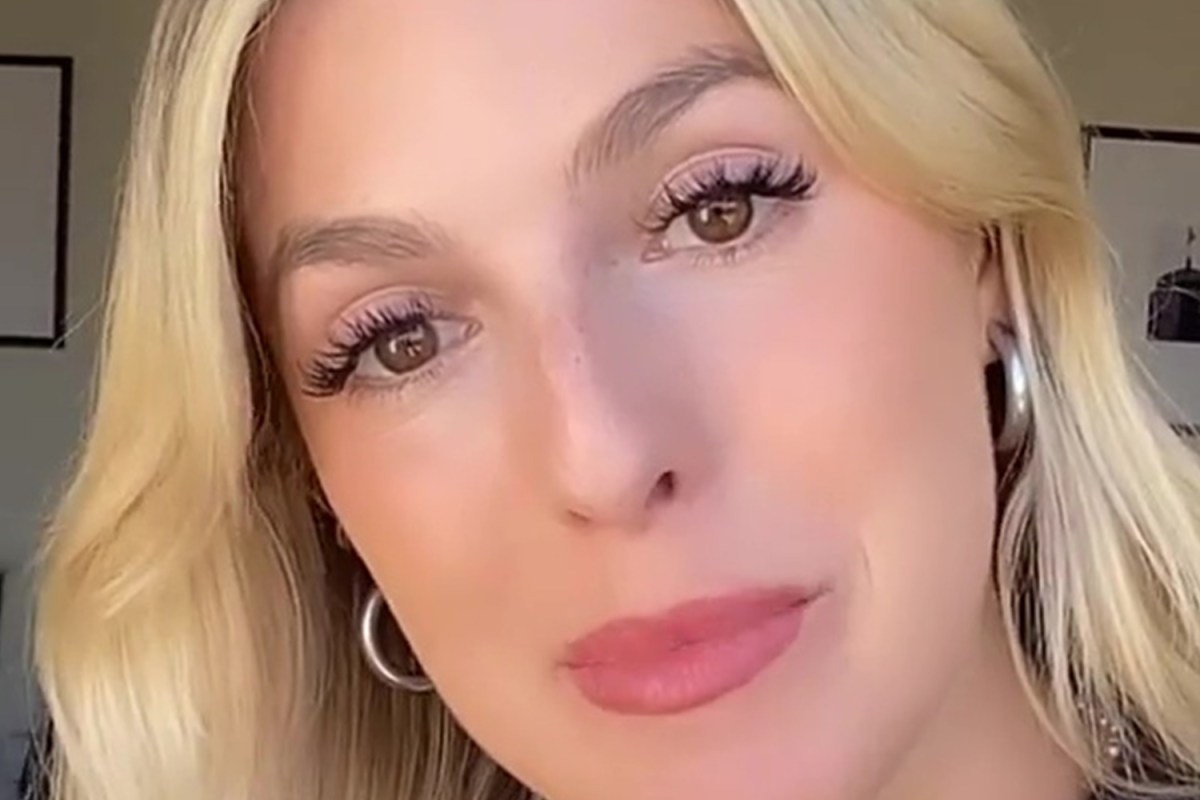 I always ask my dates their star sign, I don’t really care but their answer tells me all I need to know about them 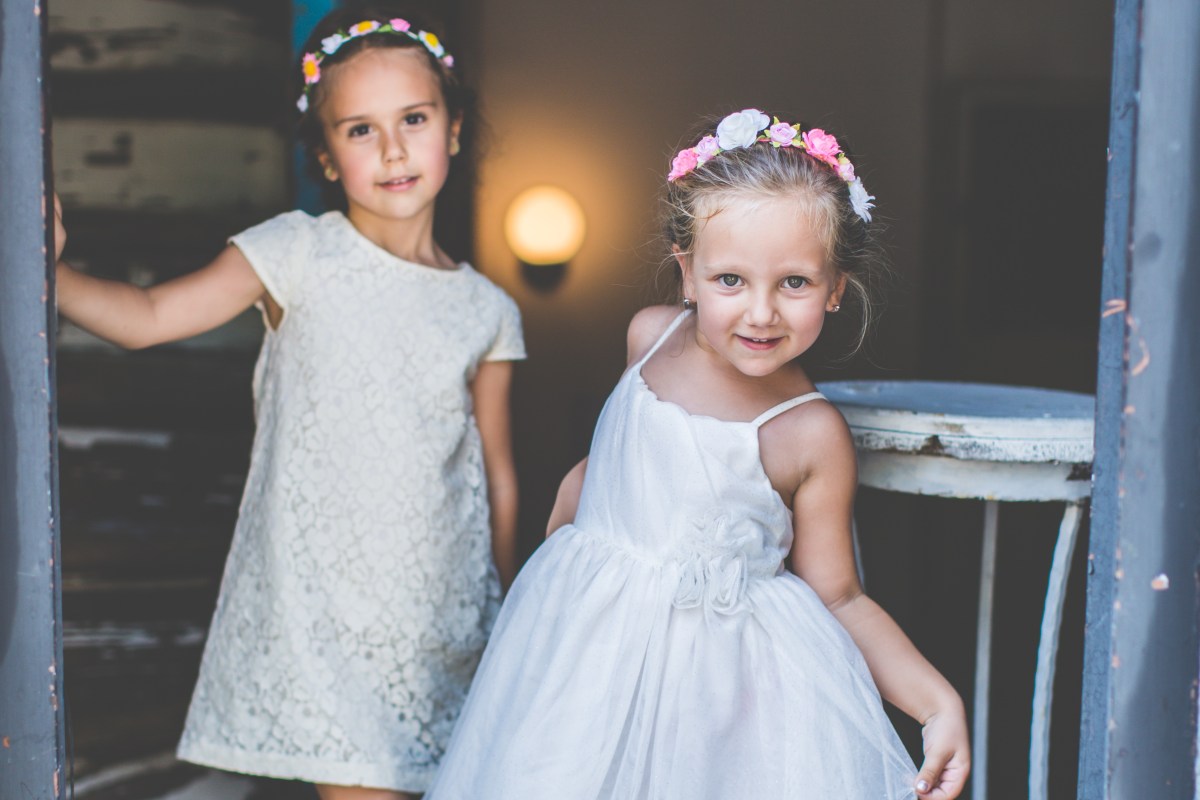 My bridezilla sister FIRED my four-year-old as a flower girl due to her ‘poor performance’, I’ll never talk to her again