I cast a love spell and then met my dream man

I had lots of friends but really missed being in a loving relationship.

I’d been on and off a couple of apps for several months but after weeks of being ghosted, getting creepy messages or being suggested matches who were 30 years older than me, I was feeling discouraged and ready to just be a single mid-life lady.

So when my friend suggested that we get together to cast some love spells, I didn’t see the harm. I certainly didn’t think it would ever actually work.

It was mainly just for a laugh. Being in your 40s on dating apps can be a real labyrinth so, if nothing else, I thought it would bring some light relief.

That’s not to say that I didn’t have any respect for unusual methods, though – part of me has always believed in fate and the power of the universe and I’m always up for trying new things. 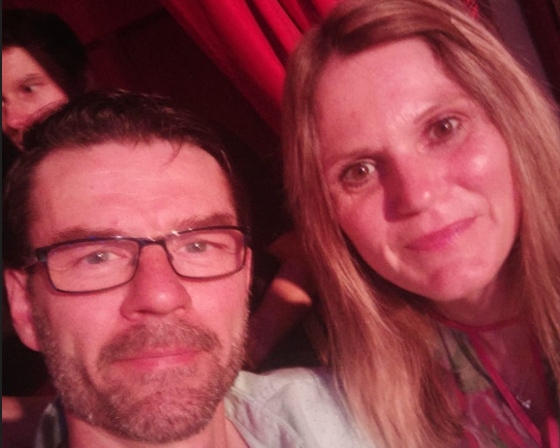 Part of me has always believed in fate (Picture: Claire Smith)

So, one night in February, a group of four of us got together to give it a go.

Each of us had something different going on. My situation was that I was lonely, a single parent and had no idea how to meet someone genuine. The others had different areas of their life they wanted to try and influence with magic.

And so, with the help of a book, candles, the elements, and my black Labrador in lieu of a cat, we cast four spells that night. We used crystals, had fire/water/earth on the table with the air around us to represent the elements and the use of my friend’s research and a book of spells.

However, when it came to mine, we forgot to thank the elements, which is part of casting a spell. We noticed straight away – and so I thought that, even if there was something genuine in these spells, mine wouldn’t work because we’d missed such a crucial part.

However, for days afterwards, I had this strange notion of the name ‘Jay’ in my head: an overwhelming feeling that someone with that name was going to appear in my life.

I mentioned it to my friend and she said, ‘I don’t think it’s a name, I think it’s the letter.’

But then, I promptly forgot about it all for about a month, and didn’t give much thought to the spell that we’d cast as life returned to school runs, cooking dinners, dealing with teenage mood swings and adulting.

I matched with John on the app about three weeks later. 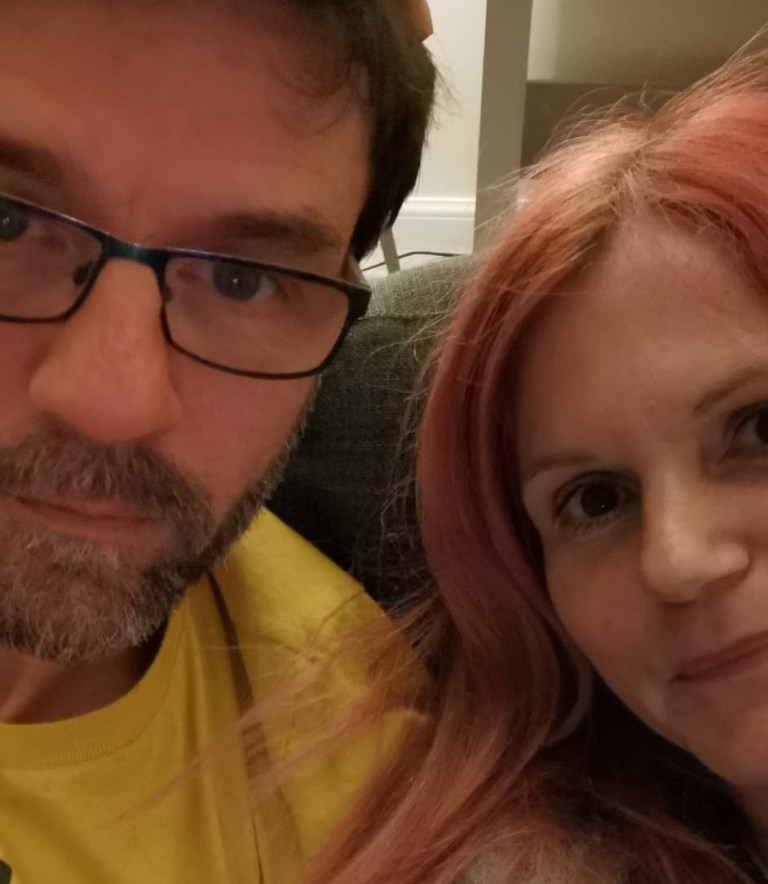 I knew he was different (Picture: Claire Smith)

We exchanged messages straight away and seemed to have a lot in common, especially our sense of humour. I’d put in my profile that my kids aren’t my world (my world is made up of lots of things!) and I don’t like long walks in the country – because everyone writes the exact opposite and he got the humour behind that straightaway.

I thought he was handsome and he looked ‘normal’, and on the next day – when, by dating app standards, they tend to disappear – he messaged me to say good morning. From that moment on, I knew this one was different.

It’s hard to explain how natural our conversation was because, without sounding cheesy, it was simply meant to be – just the natural order of things.

It was a week or so after we matched that I realised the connection with the J. I was a little shocked, but it seemed to make perfect sense.

When I told her, my friend said ‘Well there you go’, because she just knew it was down to magic.

We soon realised that we shouldn’t have even come up on each other’s feed as we were outside the chosen radius. We had both set the distance for 30 miles max and were surprised to discover that we were 75 miles apart.

It seemed that the spell had worked in mysterious ways.

We had grown up just a short distance from each other and had even frequented the same places but were now living in different counties.

Unperturbed, it wasn’t long before we decided to meet up.

We weren’t able to meet for a couple of weeks, due to the distance between us, as well as work, kids and other responsibilities.

And even before that came around, it seemed like the odds were against us. I lost my phone, he had car trouble, we had poorly kids, and a host of other things that delayed our initial meeting. But things mysteriously just seemed to resolve themselves.

We finally met in Cambridge, halfway between where we both live, and it was like a scene from the movies; the kind of experience that I thought only happened in Nora Ephron films.

I was 49 and he was 48 yet we were like a pair of giggling, lovestruck teenagers. Initially, I couldn’t get out of the car because of nerves.

We ended up chatting for five minutes over the phone, even though he was stood right outside the car. From the butterflies I had, I just knew that this was going to be the start of something.

When I eventually got out of the car, he picked me up and spun me around.

We had a lovely day in Cambridge and our first kiss across lattes in Starbucks – which was really unusual for him because he didn’t usually do public displays of affection. But, it really was love at first sight and, after all, he’d been caught by a spell… 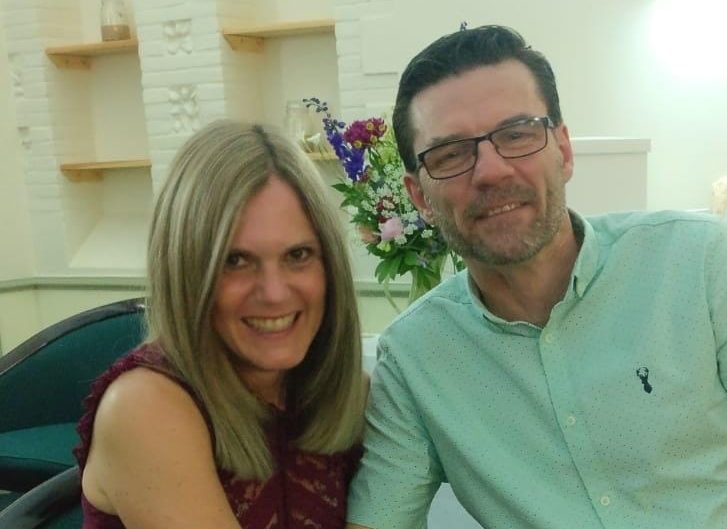 Without sounding cheesy, it was simply meant to be (Picture: Claire Smith)

It went so well that when I left at 6pm to pick up my kids, he got a hotel for the night so that we could meet up again the next day.

We walked my dog and talked for hours. Let’s just say that it was enchanting.

I knew that I had found the person I had been waiting for.

If you asked John, he’d say it’s hocus pocus. But I say, ‘I put a spell on you and now you’re mine’.

Here we are three years later and as in love as ever. We’re still living 75 miles apart but I have a job that enables me to work from home at times so I can stay at his. The distance and our blended families just seem to work a charm.

I like our separate togetherness. We’ve both got our own lives but are very much a couple.

I don’t often tell people about the love spell but I truly believe that the universe worked its magic that night.

It’s probably a good job that we didn’t hex anyone.

So, How Did It Go? is a weekly Metro.co.uk series that will make you cringe with second-hand embarrassment or ooze with jealousy as people share their worst and best date stories.

Want to spill the beans about your own awkward encounter or love story? Contact [email protected]

When is the Autumn budget announcement and what can we expect?