THE internet is divided after a man asked for advice on whether it’s wrong to date an old flame while his wife has advanced dementia.

The anonymous husband posed the question about finding love again after serving as his wife’s sole caregiver for years. 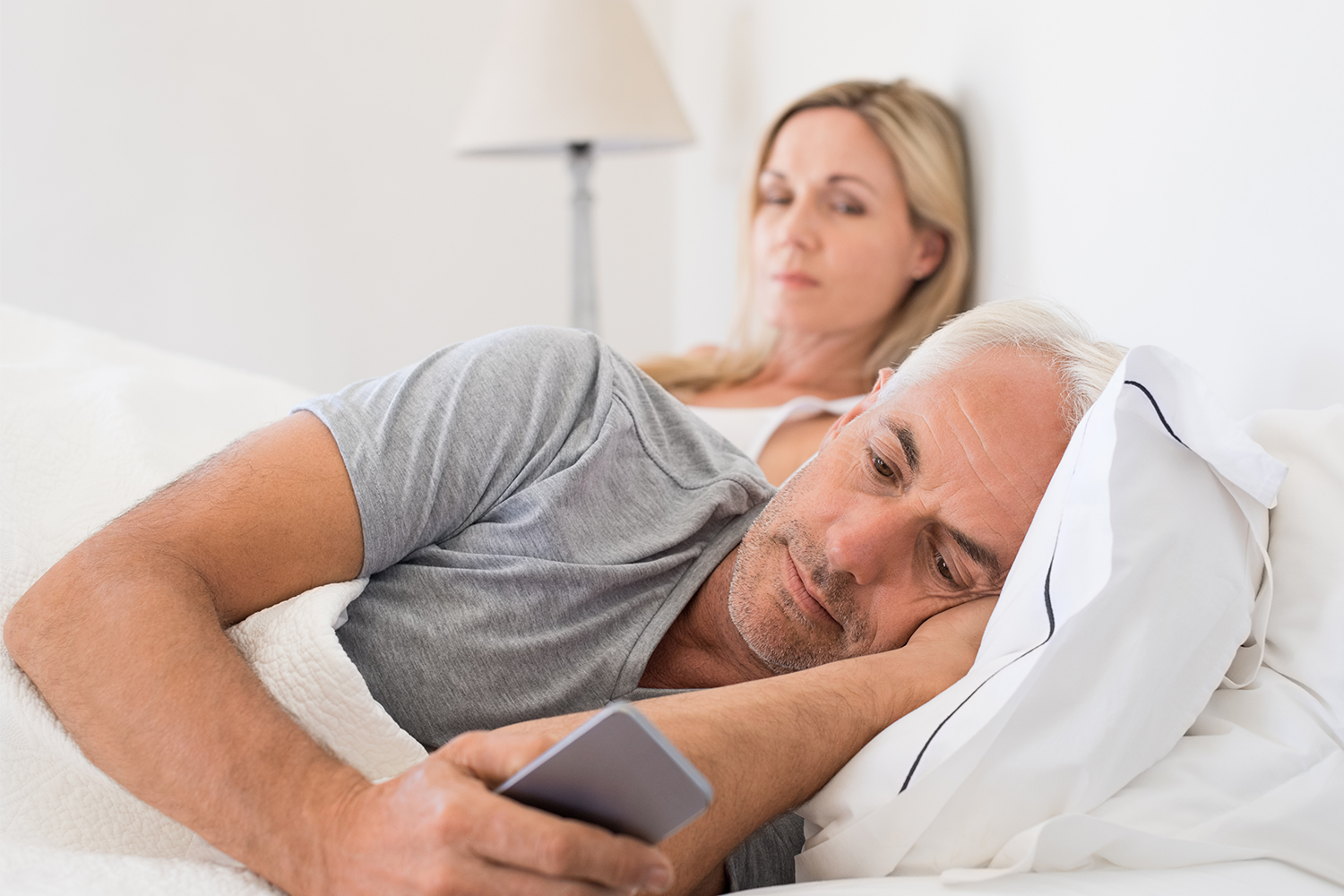 A man is questioning whether it’s OK to date while his wife suffers from advanced dementiaCredit: Getty

The husband told The Washington Post’s Amy Dickinson in her advice column that he placed his wife in an assisted living memory care facility last year.

In the emotional message, the man said that having to place his wife in the facility caused him to enter five months of psychotherapy while taking antidepressant medication.

“I’ve finally conquered my deep guilt and sense of having failed her,” he wrote.

The husband said that he feels it was the right decision as the couple’s “55-year history together and our four children have faded from her memory.”

One day, the man posted about his wife’s illness and his loneliness without her on a Facebook page for his high school graduating class.

He said he received a message from a woman with whom he had a “lengthy, very steamy, lusty affair in 11th grade, suggesting that we might reestablish our acquaintance.”

“We haven’t communicated since we went our separate ways, many decades ago,” he wrote.

“I am sorely tempted to accept her suggestion.

“I have a photo of us at our prom, my arm around an exceptionally pretty girl in a strapless gown who liked to make out in secluded places.

“She played with my teenage libido like a yo-yo.”

He added: “I know it’s a fantasy memory. She’s probably gray, wrinkled, and overweight like me. But still.”

The man had not yet responded to the woman, explaining that he believed he took a vow to his wife until their dying day.

“But I wonder if her dying brain doesn’t meet that standard,” he wrote to Amy.

“Am I not entitled to some happiness, even as my wife descends into a deepening fog?”

“Your decision to place your wife in a memory care facility was so agonizing that it sent you into a serious depression. You were wise to seek therapy and treatment,” she wrote.

“If you override your own values and respond to this assertive advance, your mental health would probably be affected.”

She advised the man to discuss the idea in therapy and noted that communicating with high school friends could help him re-connect to the man he was before his wife’s diagnosis.

“But any person who would respond to your report of grief and loneliness by immediately implying a sexual reconnection is once again ‘playing your libido like a yo-yo,'” Amy noted.

“Elder libido is strikingly similar to teenage libido. The rush of attraction feels dangerous and wild,” she said.

“As long as you don’t abandon your wife, I don’t view this situation as adultery, but I believe that your emotional needs would best be served by a relationship that is supportive, kind and careful,” Amy concluded, noting that the decision to date could have “consequences” for the man’s entire family.

Readers shared mixed reactions on the man’s question in the comment section.

“Yes, you absolutely deserve some happiness, but you should be discerning about where you are most likely to find it,” one person said.

“This might be the kind of trouble you long for right now, but keep in mind that any relationship you engage in could have far-reaching consequences for your entire family.”

Another person wrote: “You still deserve to have a life, and to be cared for, yourself.

“A quick romp in the sack is not that. But should you find yourself getting closer to someone who can be a companion in your own older age, it’s OK to pursue that.

“Be prepared for others – especially your children – to not understand. So tread lightly.”

Another commenter said: “What kind of a woman responds to someone announcing that his wife has dementia with a sexual invitation?”

“I can’t speak for your wife however, if I had to leave my mate & go into a care facility, I would want my mate to find a companion,” a fourth said.

“To be in old age alone with only your memories is not a good choice if you have an alternative.”

Meghan Markle’s Best Quotes About ‘Suits’ Over the Years