‘I was trying on outfits for him which clearly turned him on…’ (Picture: Bella Babe/Myles Goode)

Welcome to How I Do It – the series in which we give you a sneak peek into the sex and love life of a new stranger each week.

This week, we hear from Bella, a 22-year-old from Canada who works as a content creator online.

She likes to garden, play sports, go to the beach, listen to rock music, cook and do her nails.

Bella is bisexual and says her relationship status is ‘complicated’.

Describing herself as shy, she says her partner is usually the initiator in the bedroom, and she tends to have sex between five and seven times a week.

While she enjoys the ‘frequency and excitement’ of her sex life right now, she’d like things to be ‘more explorative’…

I felt like being cute this morning so I woke him up with a blow job.

Then we jumped in the shower, and he returned the favour.

That put me in a pretty good mood for the rest of the day. 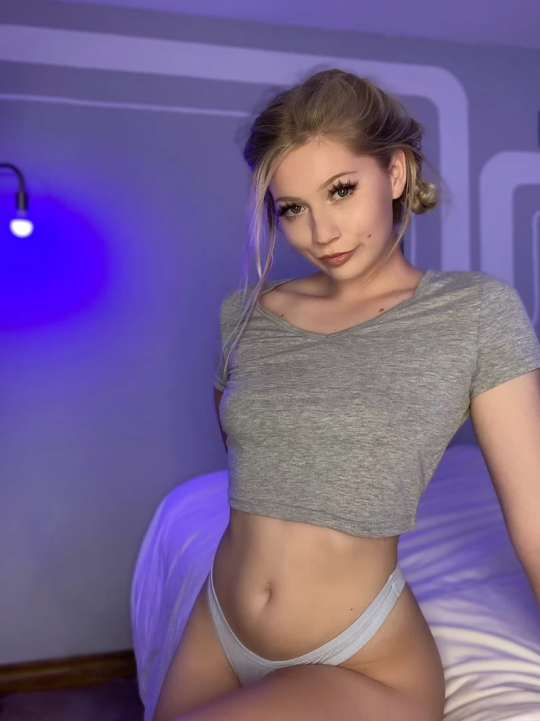 ‘He wanted me but I made him wait’ (Picture: Bella Babe)

It was a pretty uneventful day today, but I teased him non-stop knowing that we were going to be filming tomorrow.

I wore little booty shorts and was a bit of a brat most of the time.

He wanted me but I made him wait.

I woke up this morning and he was so hard.

I played with him for a bit but didn’t let him finish.

When we went to film the first video of the day he came everywhere!

It made for a great ending to the scene, but it also ruined my make-up. 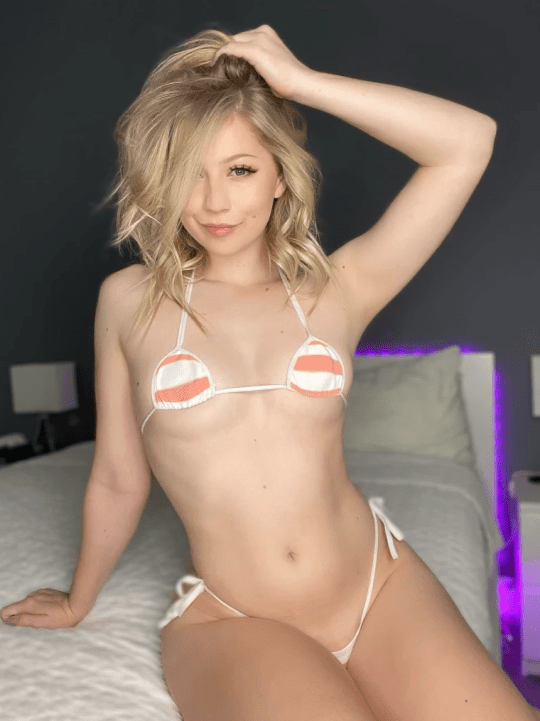 ‘I was totally caught off guard, but it was a lot of fun’ (Picture: Bella Babe)

We went into town to run some errands today. Unsurprisingly, I wanted to get some new clothes.

I was trying on outfits for him which clearly turned him on because after we left the shops, he f***ed me in the backseat of our car.

I was totally caught off guard, but it was a lot of fun

We had a pretty chill one before going to my football game.

Afterwards, we took a shower together. He wanted to do me right there, but I decided to move things into the bedroom.

He came inside me, and now I have to go get a plan B… maybe we got a little too risky today.

We woke up early this morning to head out on a little weekend getaway.

We got to the Airbnb later that afternoon and jumped straight into the hot tub.

I could tell he really wanted me by the way he looked at me in my little pink bikini, but sometimes I just like to be a bit of a tease.

I woke up before him and decided to make him pancakes for breakfast – they’re his favourite.

When we were done eating, as a thank-you, he went down on me.

I think that may have been better than the pancakes.

We then headed out to explore some sights in the city.

A lot of our sex life is based around my teasing him. I love to flirt and show off a bit, and he seems to be pretty into too which keeps things fun.

How I Do It

In Metro.co.uk’s How I Do It you get a sneak peek into a week of a person’s sex and love life – from vanilla love-making to fetishes, threesomes and polyamorous relationships, they reveal it all.