A BLOKE secretly proposed to his girlfriend for nearly two years before finally getting down on one knee – after hiding an engagement ring inside a necklace.

Terry, from Australia, had recently taken up wood carving, so he decided to make a piece of jewellery for his girlfriend, Anna. 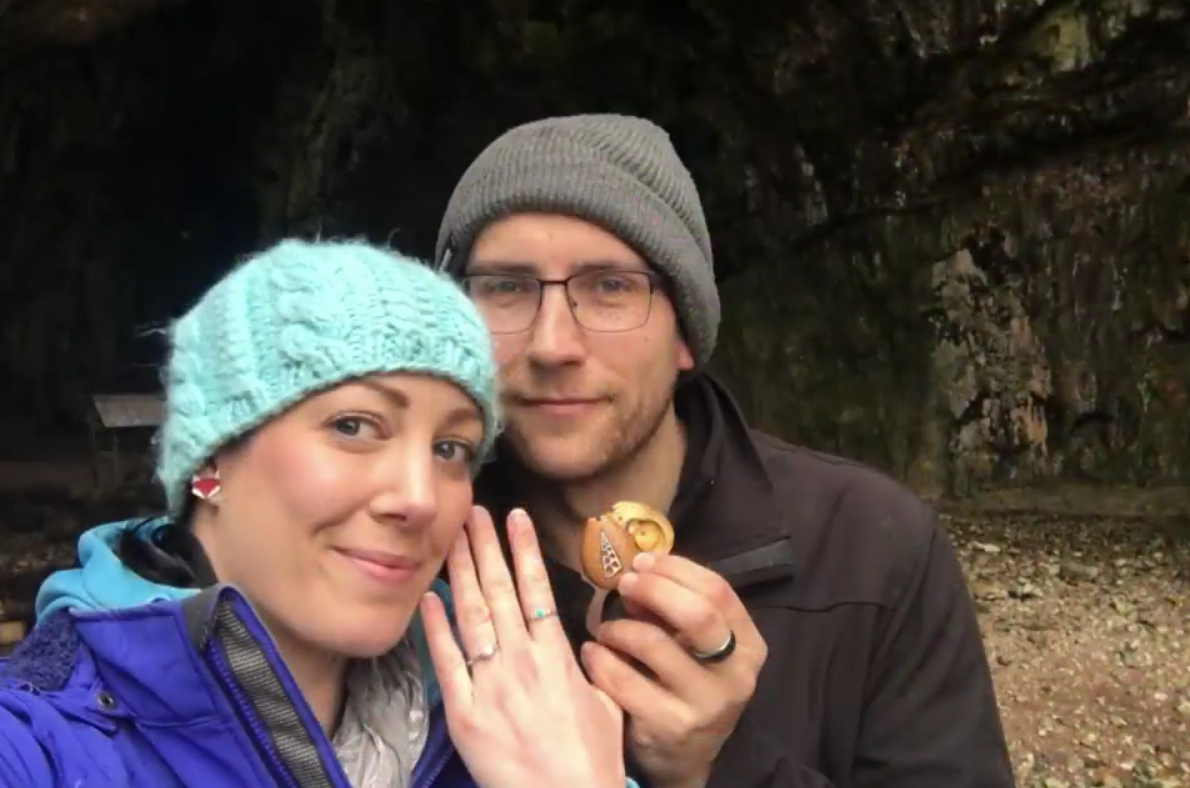 Terry secretly proposed to Anna by hiding an engagement ring inside a necklace her made herCredit: Smudha/Youtube

Unbeknownst to her he hid a diamond ring inside the necklace, which he gave to her on their one-year anniversary.

Anna wore the bespoke necklace with pride, blissfully unaware of the expensive bling in the middle.

Months went on and Anna still hadn’t worked out what was inside the pendant, with Terry revealing they came close to losing it on a few occasions.

Terry told the Metro: “At one point, I thought she was going to trade it with a blacksmith at a market (the blacksmith loved the necklace, and she loved the blacksmith’s work) but luckily I didn’t need to crash tackle her.” 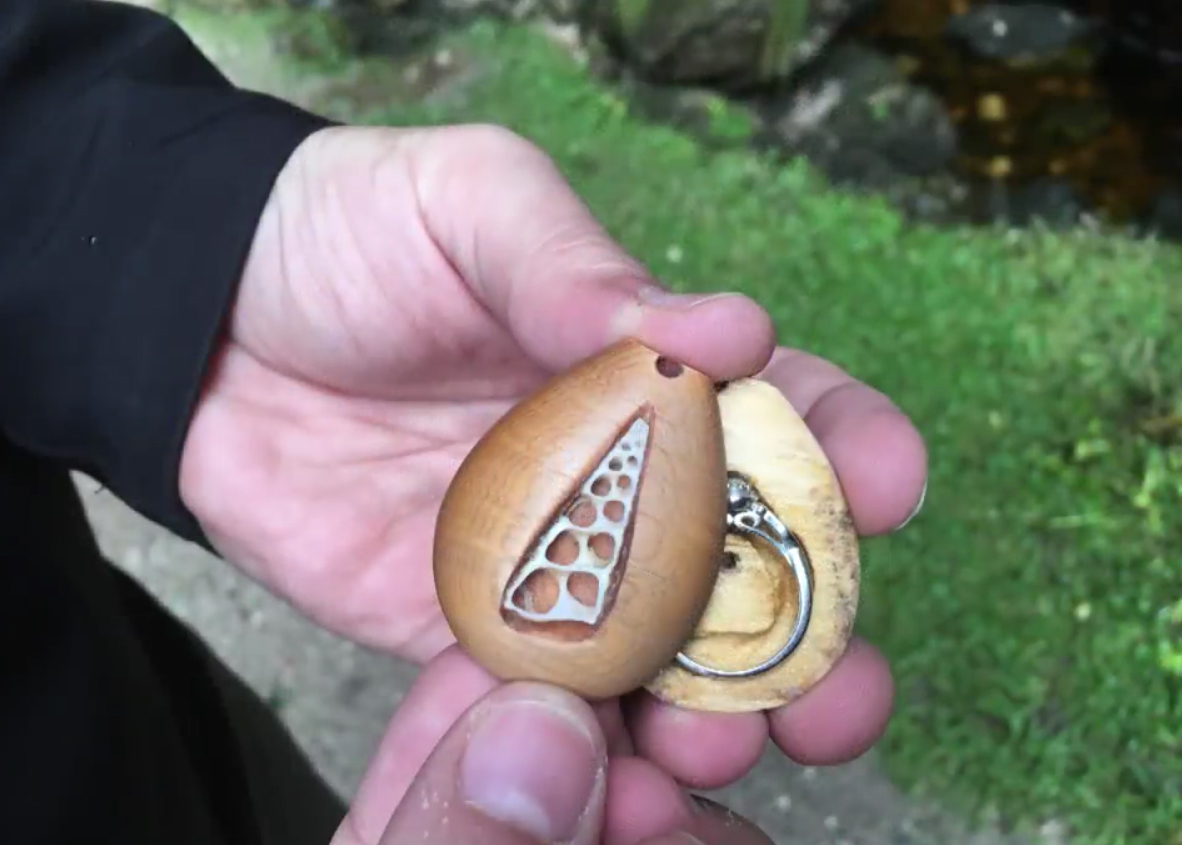 Anna wore the necklace for nearly two years with no idea what was insideCredit: Smudha/Youtube

And there was a moment of panic when the couple went through airport security, with Terry fearing his romantic gesture might be about to be discovered by security.

Luckily the ring remained hidden, with Terry saying: “I hadn’t thought about the fact that she might be asked to put it through the X-Ray, which could have very quickly turned into an airport security proposal!”

With Anna no closer to finding the ring herself, and fearing it may end up getting lost, Terry finally planned a proposal and the big reveal.

The pair travelled to Smoo Cave, in Scotland, and before setting foot inside Terry asked his other half if he could borrow her necklace for a photoshoot.

While her back was turned he broke the seal, set up his camera, and got down on one knee while holding the necklace.

Explaining the entire proposal on his YouTube account, Terry said: “For our 1 year Anniversary, I made my girlfriend a necklace, the first one I’d ever made, which she loved and proceeded to wear every day and everywhere we went.

“A year and a half later we travelled to Smoo cave in Scotland, a place we had talked about since we first met. 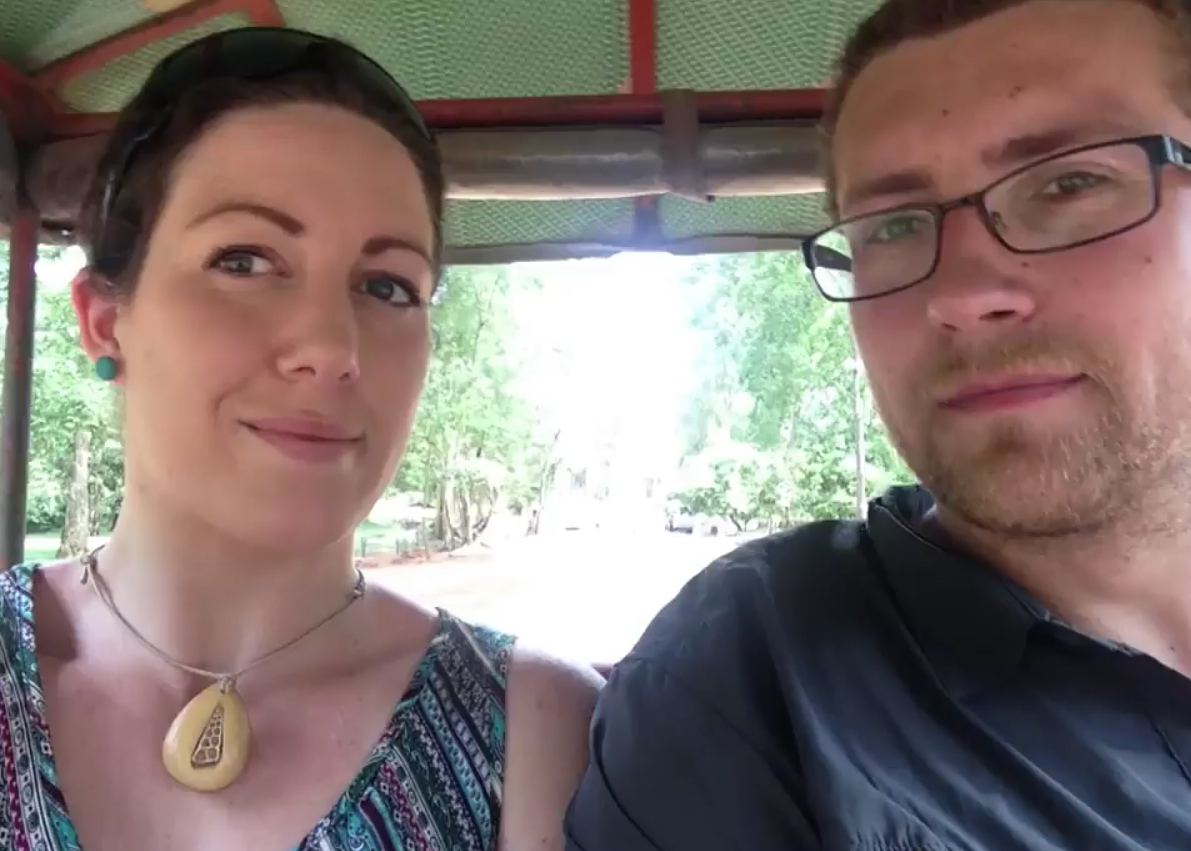 He admitted he was nearly rumbled a few times before he finally got down on one kneeCredit: Smudha/Youtube

“We wanted a nice photo in the cave so I setup my camera and tripod on a timer, and rushed in.

“I had asked a little earlier if I could borrow the necklace for a moment to take a nice photo of it near the cave.

“I took it from my pocket, kneeled, broke it open and revealed that something was hidden inside the entire time.”

After getting over the shock Anna said yes, then it suddenly dawned on her she’d been wearing the ring this whole time. 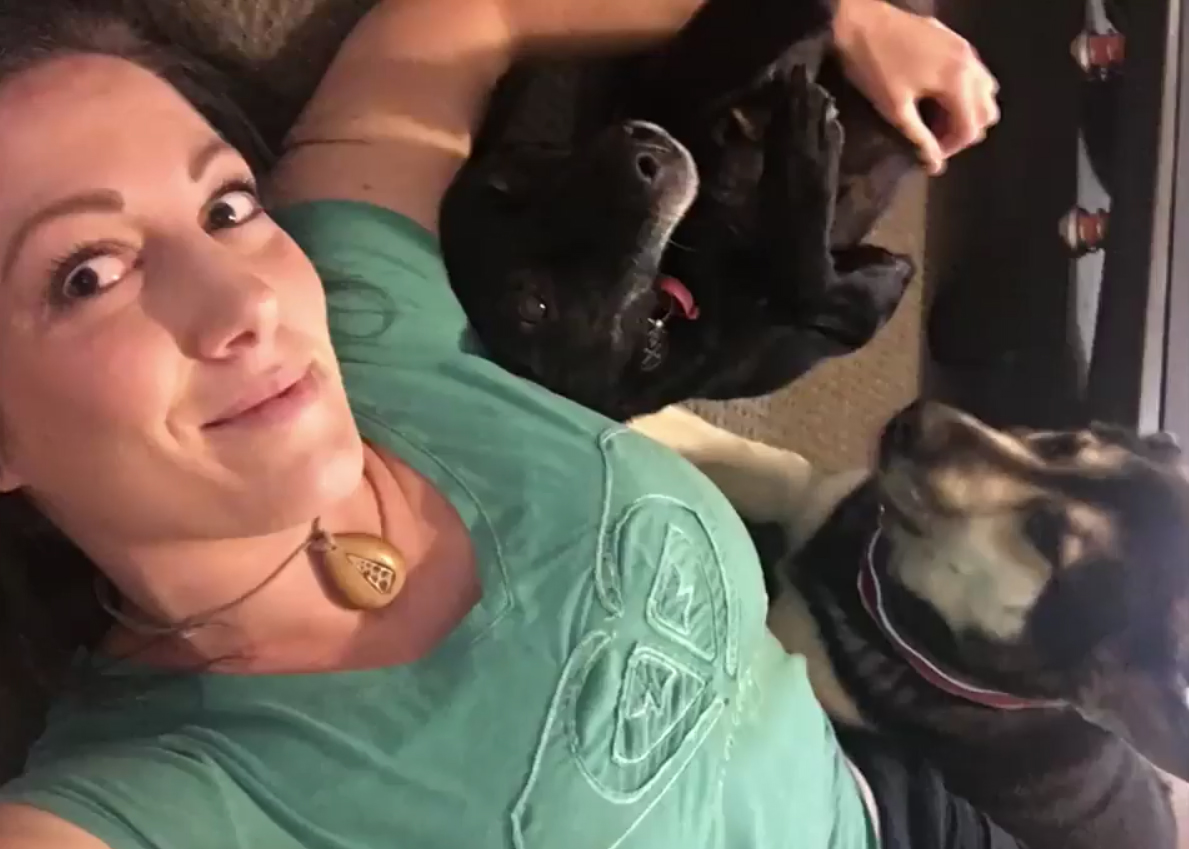 Anna had been wearing the ring for a year-and-a-half with no clue to its real valueCredit: Smudha/Youtube

“It actually took her a couple of moments to understand that the ring had been in the necklace the entire time since I gave it to her.

“She flipped out – ‘Wait, it’s been in there the entire time?! I could have lost it, you f***ing idiot!’, which was a hilarious mix of happy and angry,” Terry added.

Terry got down on one knee in 2017, but his incredible proposal has resurfaced after being shared on social media.

While this groom’s ex heads to ceremony to STOP wedding on big day – & the bride says she’ll fight back.

And a bride asks her groom-to-be if she can hug her ex-boyfriend ‘one last time’ – and he says yes.

Plus this couple who reveal they waited until marriage to have sex are viciously trolled on TikTok as ‘f****** nerds’.

How to make simple coffee pancakes for Shrove Tuesday