A NEW study has claimed blokes’ heart rates soar more while watching football than having sex with their partner – but is this true of real life?

Forty men were hooked up to heart rate monitors to watch their favourite sports in the research by onlinegambling.ca, which saw their pulses rise to 136bpm during a game of footy. 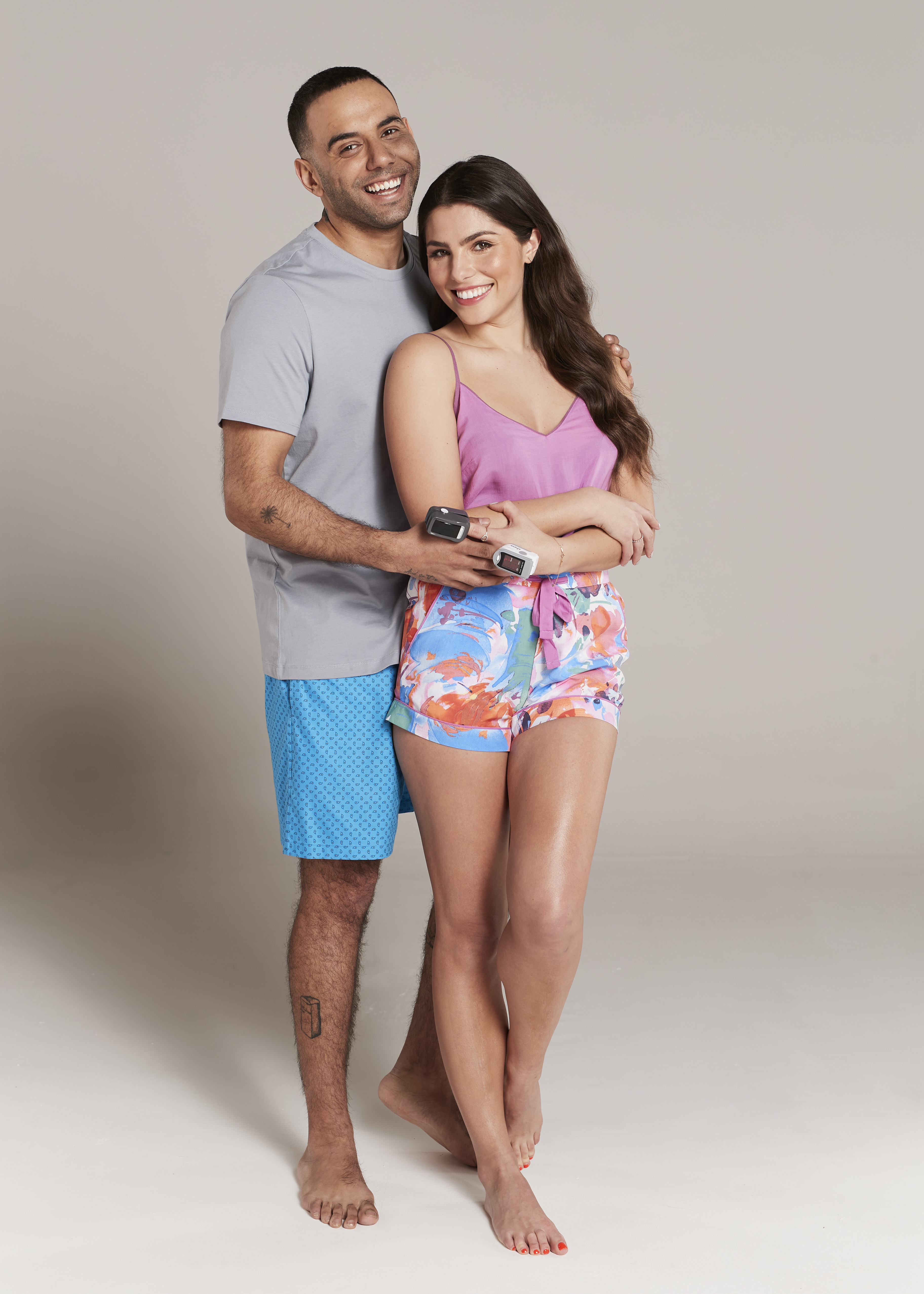 Stina Sanders, 30, from London, and boyfriend Scotty Stacks, 32, tested their heart rates watching the football and having sex, to see if it was true sport trumped rompingCredit: News Group Newspapers Ltd

This compares to a 2019 Harvard study which found “during sexual intercourse, a man’s heart rate rarely gets above 130 beats a minute”.

Brand publicist Stina Sanders, 30, from London, and boyfriend Scotty Stacks, 32, a rapper, got their heart rate monitors out to put the theory to the test.

Stina says: “Scotty’s a huge Crystal Palace fan so I was a bit worried his heart rate would be higher watching football than having sex with me – I wouldn’t have taken that as a very good sign.”

Then they actually did the deed – to see how their scores compared. So what did the experiment reveal? 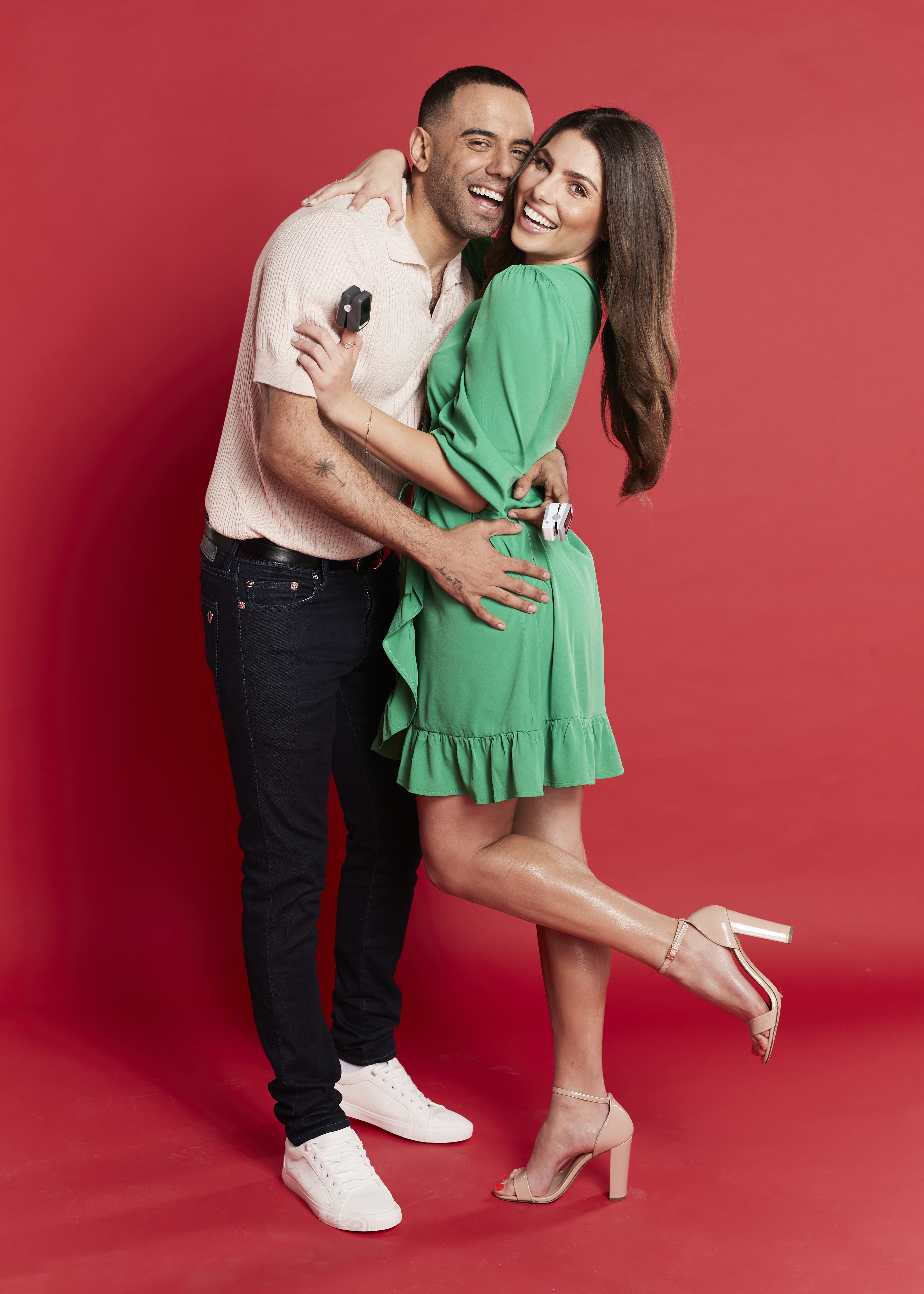 The pair kicked off their Sunday by settling down to watch a lunchtime game of Crystal Palace v Fulham.

Stina says: “Scotty is a massive football fan, so I knew his heart rate would fluctuate more than mine.

“Although I enjoy watching a game, I wasn’t really invested so I ended up on my phone – scrolling through Instagram, online shopping and reading the news. 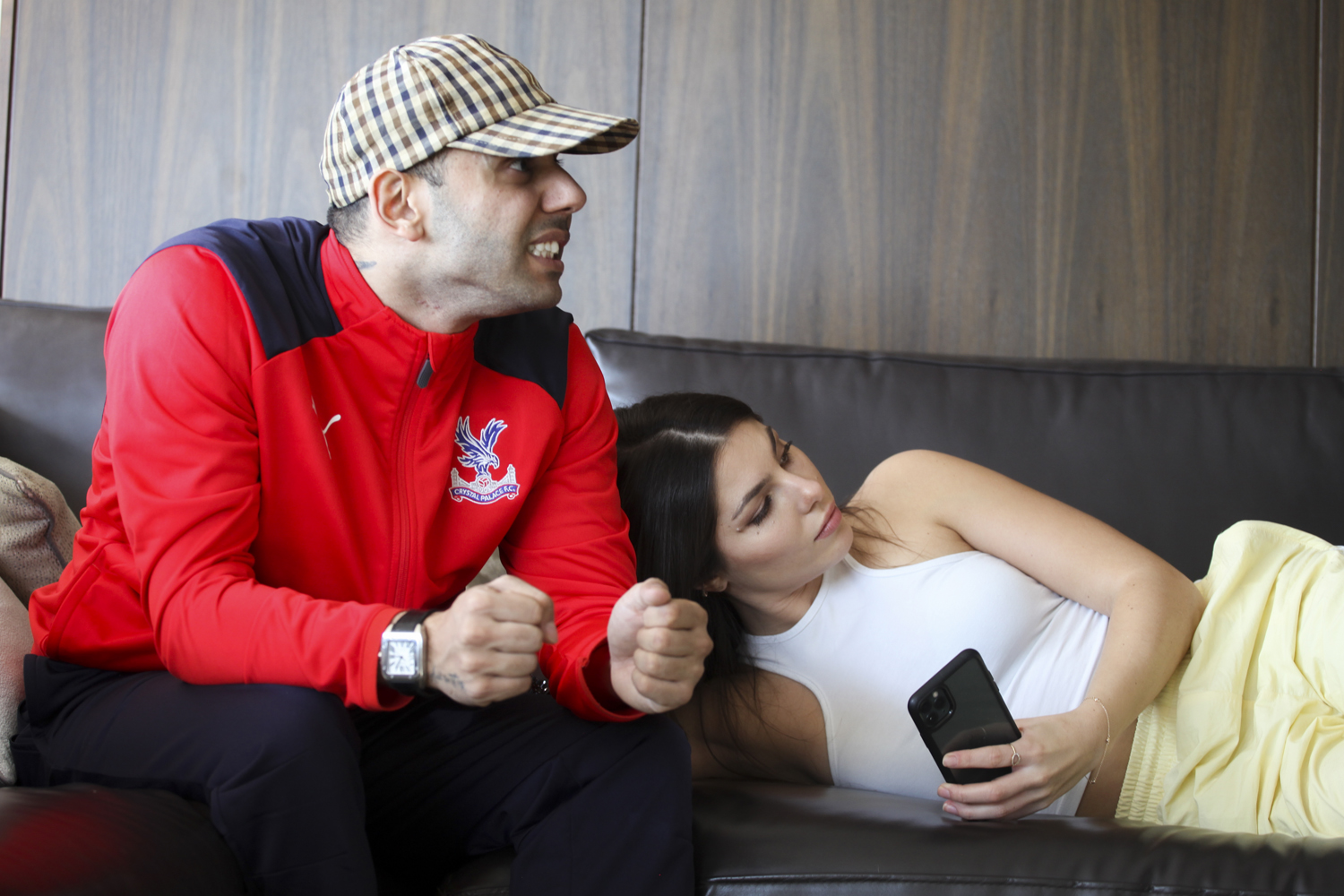 Scotty was into the game but didn’t see any goals to really peak his heart rateCredit: Supplied

“My heart rate stayed consistent throughout the game and the only time it peaked was when Scotty shouted some swear words at the screen.

“I hate unexpected loud noises so I jumped slightly when he threw his arms in the air.

“When he was done telling the players how to perform better, I resumed my meaningless Instagram scroll and remained relaxed for the rest of the 90-minute game.” 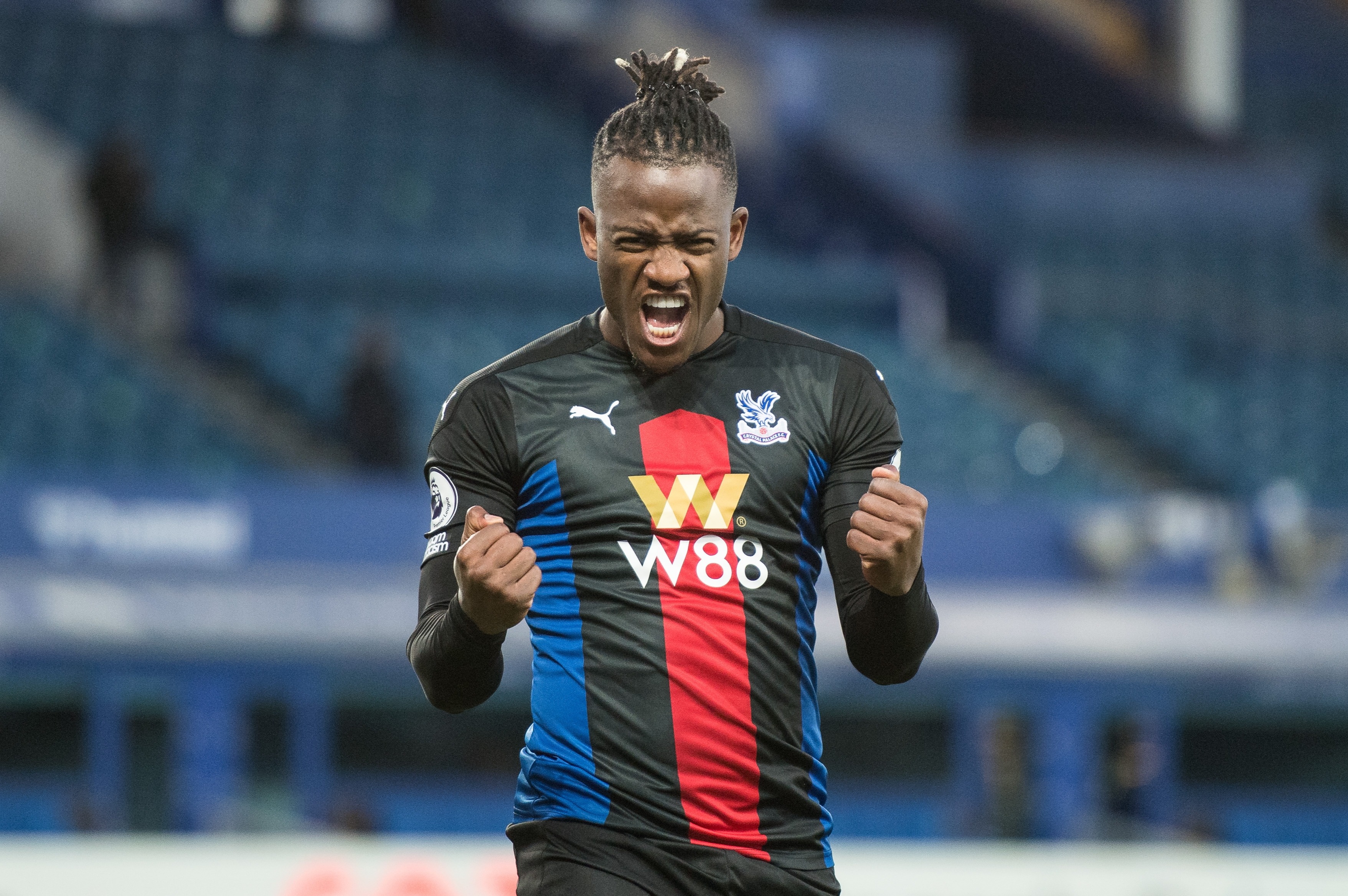 Scotty says: “A 0-0 draw with Fulham en route to another mid-table finish is hardly the most captivating of matches, but my long-standing tumultuous relationship with Crystal Palace FC meant that my heart rate fluctuated more than was to be expected from watching a bore draw on the sofa.

“Missed chances, sloppy defending, poor refereeing and the trademark lack of substitutions from Roy Hodgson (CPFC manager) left me far more irate than I’d usually want to admit publicly, and left Stina wondering why I was so emotionally invested in a game where nobody scored.

“If the game had been more exciting, I reckon the numbers would have been different. I have numerous memories of Crystal Palace pushing me to the brink of a heart attack or an orgasm, occasionally at the same time!” 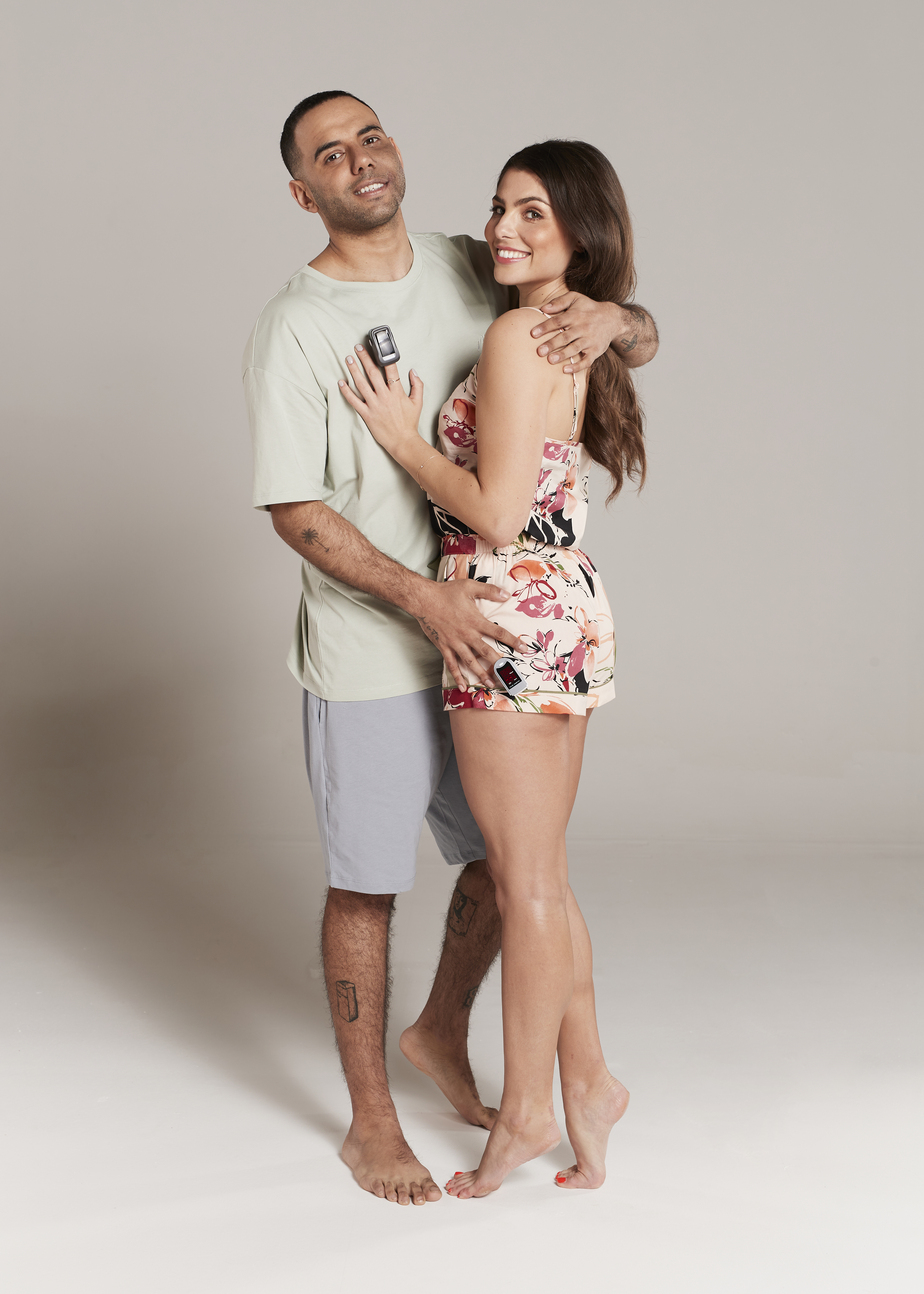 With Stina feeling a bit bored by the game, the couple decided to put something spicier on the box next.

“As we hadn’t figured out our shared interests yet, we agreed to watch the most popular video voted on the pornsite. The 15-minute clip was a lesbian scene which was very sensual and turned us both on.

“During the video, we started to discuss our sex life and fantasies – which peaked my heart rate slightly. 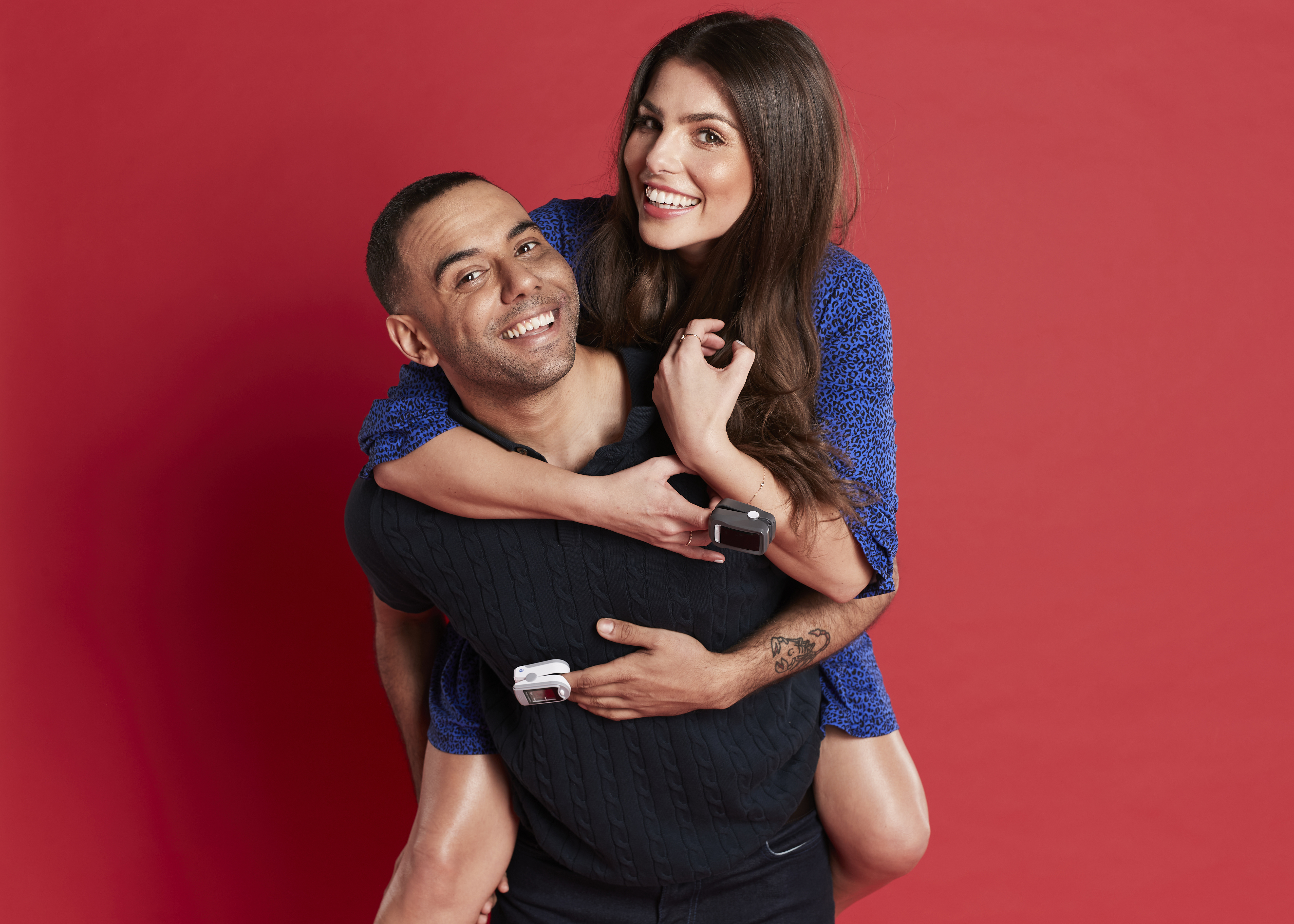 The pair definitely disagreed on which was the most interesting thing to watchCredit: News Group Newspapers Ltd

“That said, I did quite enjoy the lesbian scene. I guess it was a bit of a cheat meal.

“My heart rate steadily increased as the video progressed but I was still more excited by the footy.” 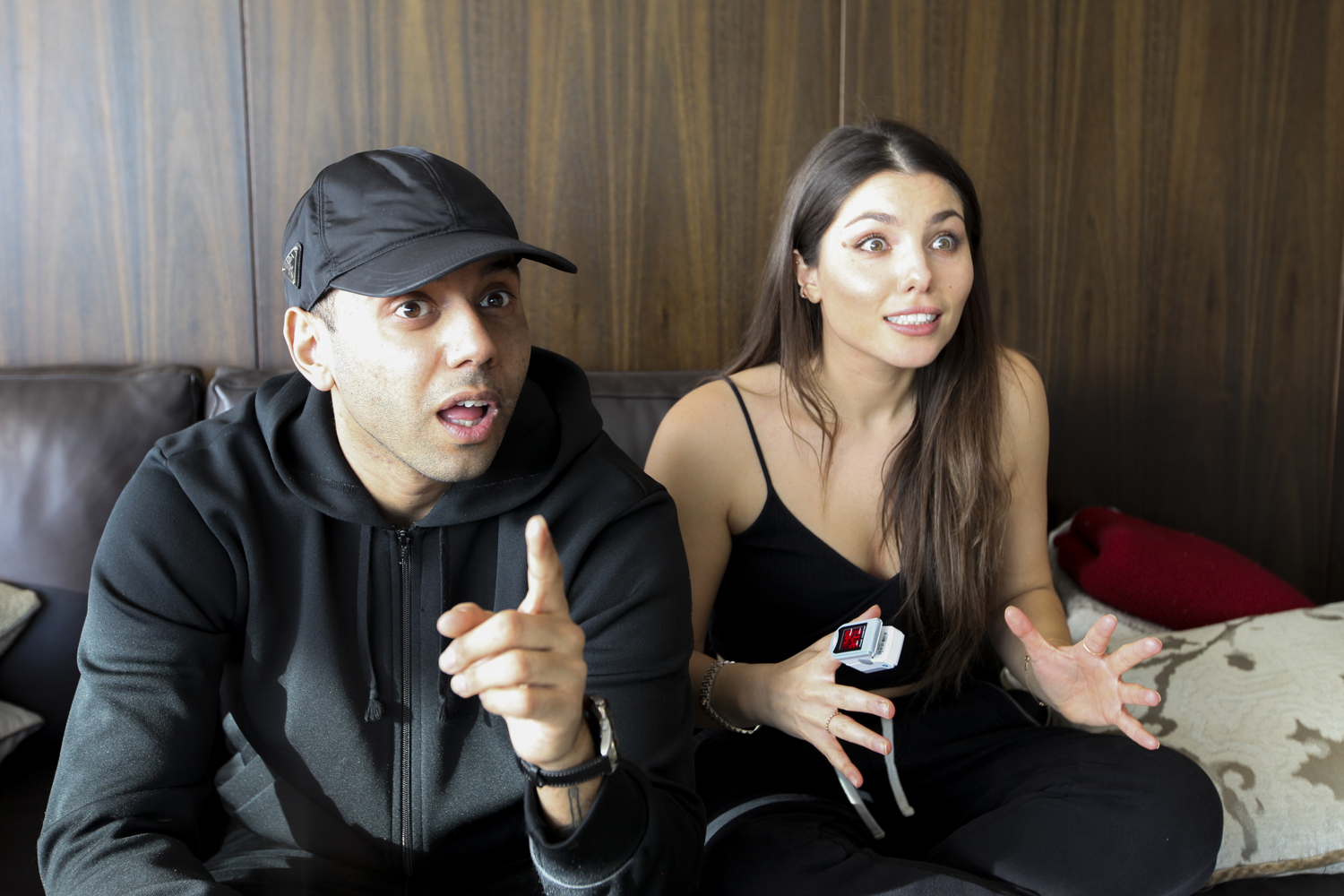 The Chase got Stina the most excited out of the TV showsCredit: Supplied

Next up was an episode of The Chase, so would Bradley Walsh be able to get the pair’s hearts racing again?

Stina says: “I love watching The Chase. It’s really good TV and quite intense to watch. I’m really competitive and find myself invested when I watch the show.

“In the episode we watched, the contestant beat five chasers. Scotty and I both love to be right, so we played against each other while watching the show.

“I felt quite excited and occasionally jumped up from the sofa to scream an answer. My average heart rate stayed about 20 points above my resting throughout.” 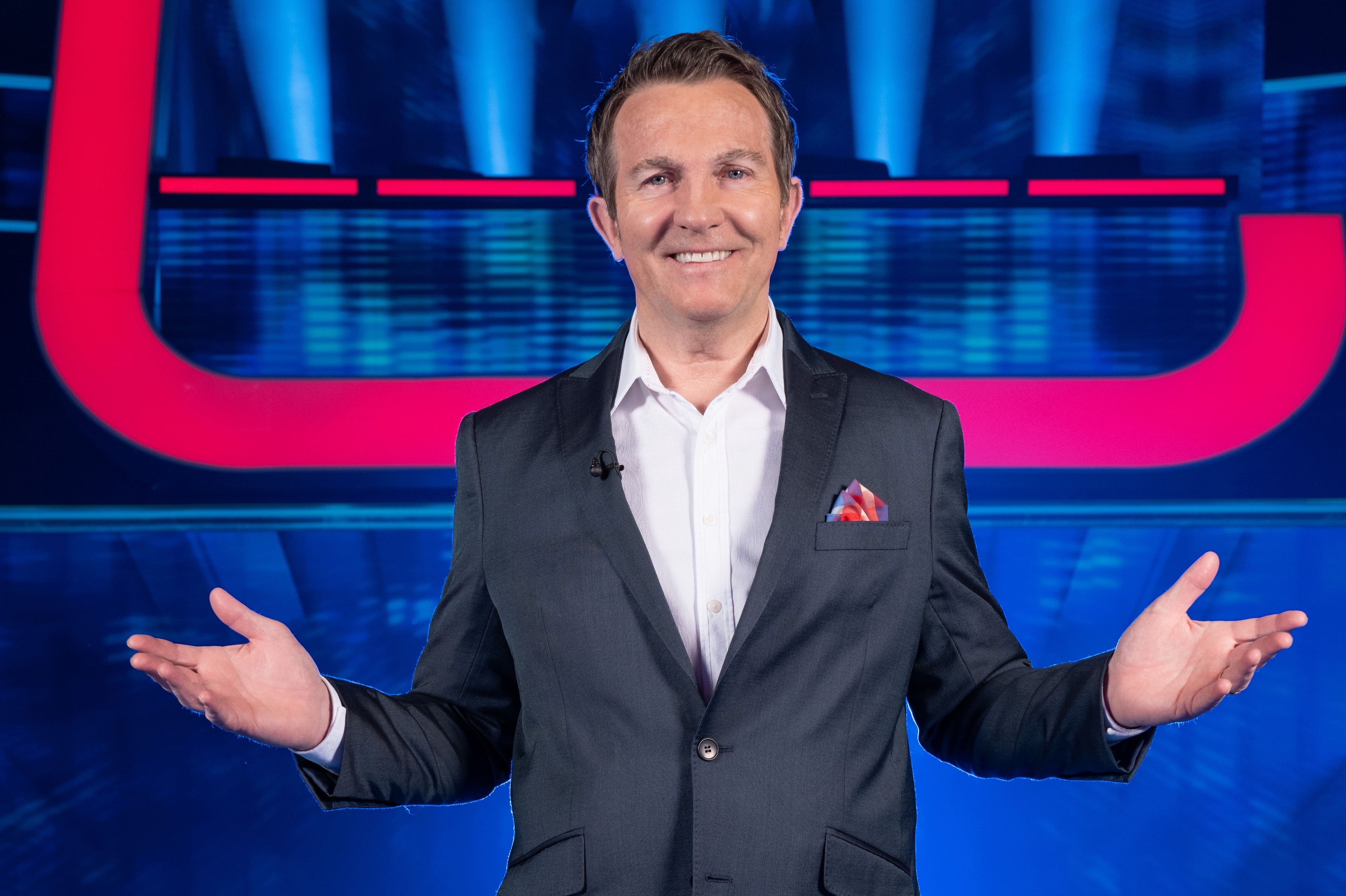 Bradley Walsh’s signature show had the competitive pair on their toesCredit: Rex

Scotty adds: “I don’t watch much TV but I quite fancy myself in a pub quiz, I’m very competitive and was determined to make sure I answered more questions right than Stina.

“I beat Stina in our head-to-head and managed to stay calm in victory, so my heart rate stayed lower.” 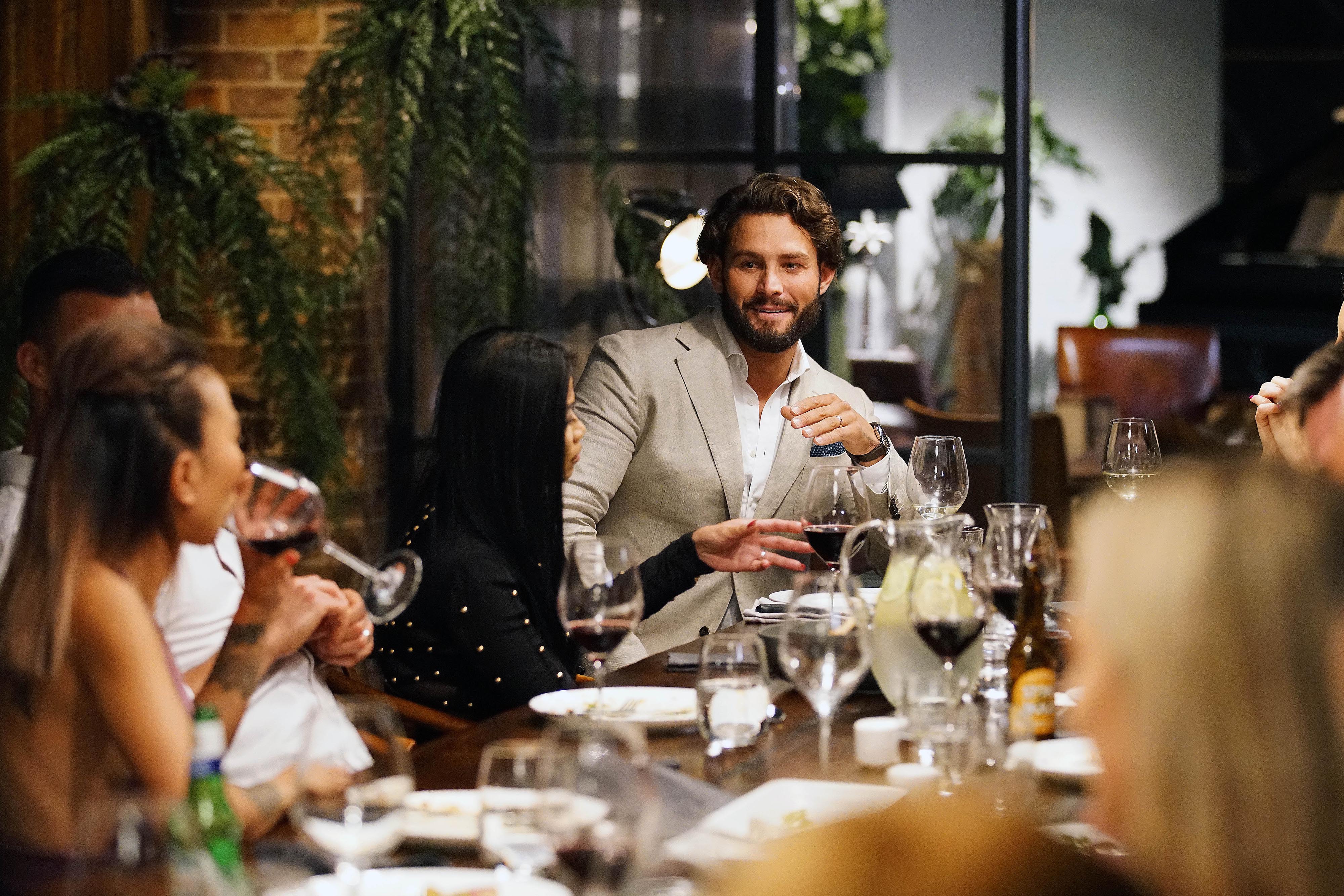 Stina was outraged by cheats like Sam in MAFSACredit: Channel 4

Next up was a wedding, but not for our couple – on TV with this year’s favourite dating show MAFSA.

Stina says: “I’ve never watched Married At First Sight but after watching one episode I was officially addicted.

“We went straight in with the Reunion and I found myself laughing, crying and getting angry at the couples who cheated.

“I spent most of the hour chatting and asked Scotty if he thought we would get matched if we went on the show. He said no, we’re too different for the scientists, but that’s why it works.” 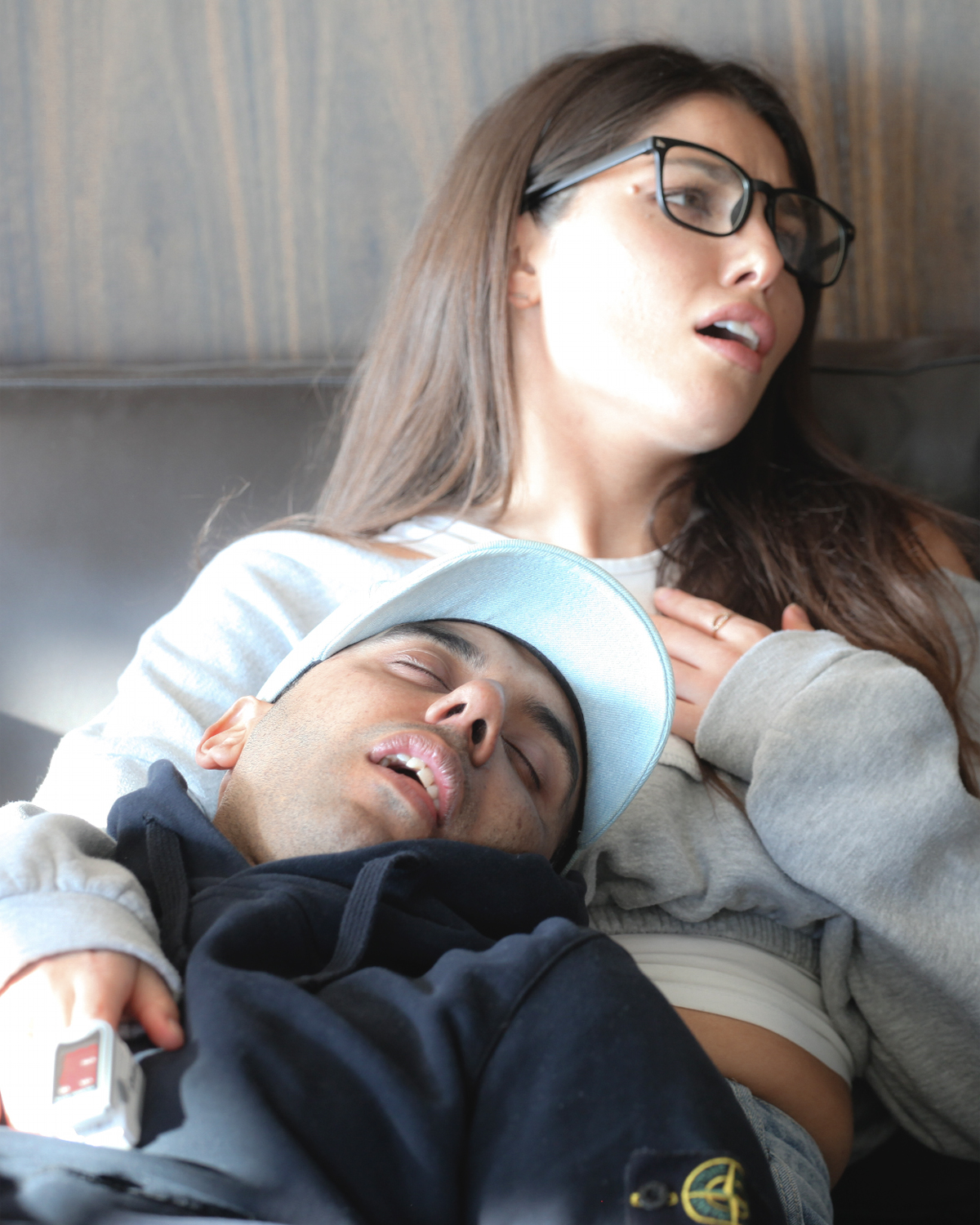 But Scotty was bored out of his mindCredit: Supplied

Scotty says: “I’ll be honest, I can’t stand dating shows, I find them all very forced and cringeworthy.

“The most entertainment I had during this part of the experiment was laughing at how Stina managed to get so emotionally involved in these people so quickly.

“I guess I don’t understand dating shows in the same way that she doesn’t get the tribalism of football, but I would argue that it’s taken me all of 32 years to develop the bond I have with Crystal Palace, whereas she had the tissues out within 32 minutes.

“My heart rate stayed low throughout and I managed to catch a 20-minute power nap – to work up my strength for our next activity.” 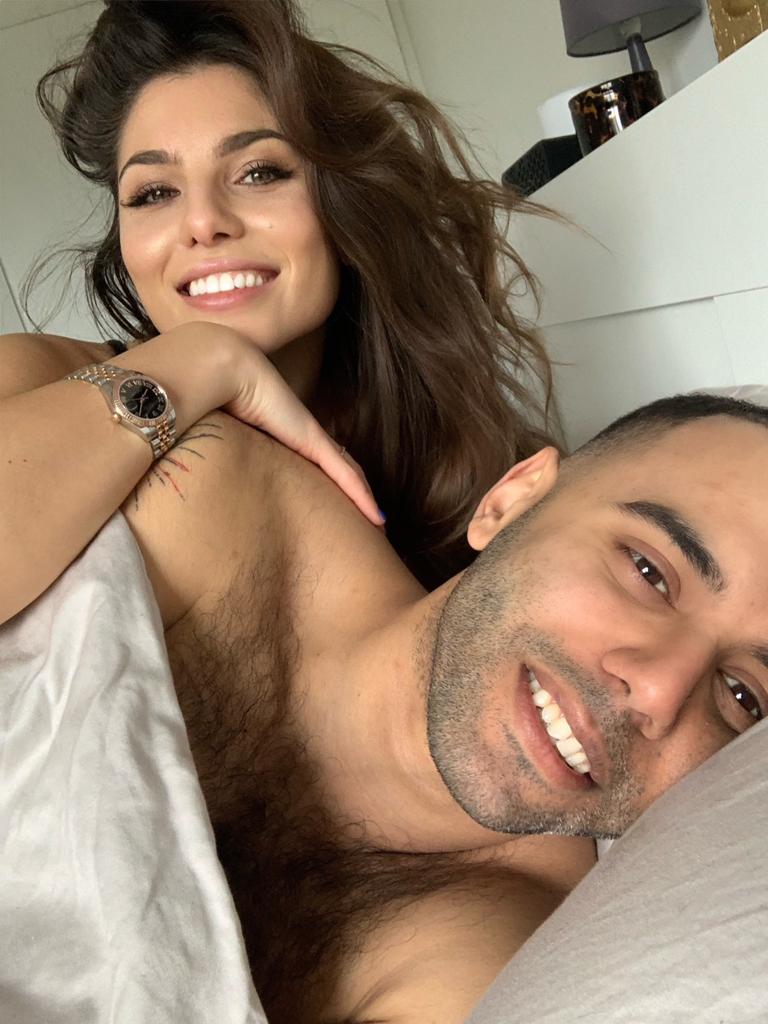 The couple proved the survey wrong – with sex coming out on topCredit: Supplied

The main event was the sex itself – so how did the scores compare?

Stina says: “Sex with Scotty is never vanilla. We both put a shift in and it always gets hot and sweaty.

“Scotty measured his heart rate with his smartwatch and I took my reading with a pulse oximeter. The tech got in the way a bit but I managed to keep an eye on my average reading despite changing positions regularly.

“As soon as I had finished orgasming, I checked the reader and my heart rate had peaked at 113. I was out of breath and understandably excited – but it was higher than I expected.

“I was pleased to see I was getting some exercise in at the same time as doing the deed.”

How the scores matched up

Scotty adds: “We’ve only been together a few months so we’re still very much in the honeymoon phase, both determined to put in a ‘man-of-the-match’ performance every time we have sex.

“I like to take control in the bedroom, so I would say I do the lion’s share of the heavy lifting.

“My average and peak heart rates were both higher than her’s. I think that’s partly down to her being fitter than me – she does run marathons – but maybe I just fancy her more?

“Either way, I was happy to see we proved the study wrong – with my beloved football coming in a close second.”