The couple couldn’t be happier (Picture: Kennedy News and Media)

And for one couple, it even brought love.

A Brit fell for her TikTok crush – 5,000 miles away – then married her two weeks after meeting in real life.

It’s the fairytale romance of the modern age.

Melissa Herrera, a 30-year-old from Upwell, Norfolk, had seen her future wife Stacie online for months before plucking up the courage to message her.

She began flirting with project manager Stacie and says when they first FaceTimed, it was ‘love at first sight’ – despite her being on the other side of the world in the US.

After weeks of chatting, the pair agreed to meet but due to the pandemic had to commit to a two-week holiday in Mexico together first before being allowed into the US, despite never meeting before.

Any worries were instantly soothed when the pair met at Cancun Airport – and Melissa knew they’d marry before they even started speaking.

Then, just two days after meeting, Stacie popped the question.

Their new life together is in Fort Mill, South Carolina, US, with their two dogs Vincent and Luna – and say babies are ‘next on the agenda’.

Melissa said: ‘It’s craziness. We’ve been married six months now but it feels like I’ve known her a lifetime.

‘It was like love at first sight for both of us.

‘It sounds so crazy but within two weeks we knew we were in love.’ 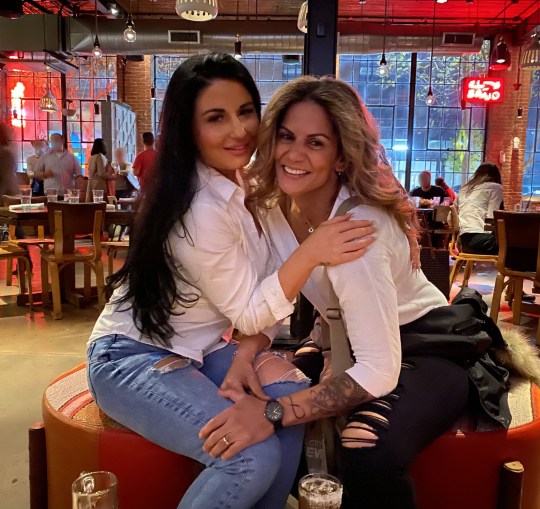 ‘I was just on TikTok as a laugh and I was in a relationship with someone else at the time.

‘When my relationship ended, I then got into the lesbian world of TikTok. I saw Stacie come up while just scrolling through.

‘I was instantly drawn to her, I thought she was beautiful.

‘I followed her but she had quite a big following of about 60,000 followers at the time so she didn’t really notice.

‘When I first started following her, she had a girlfriend. I would just watch and make little comments. 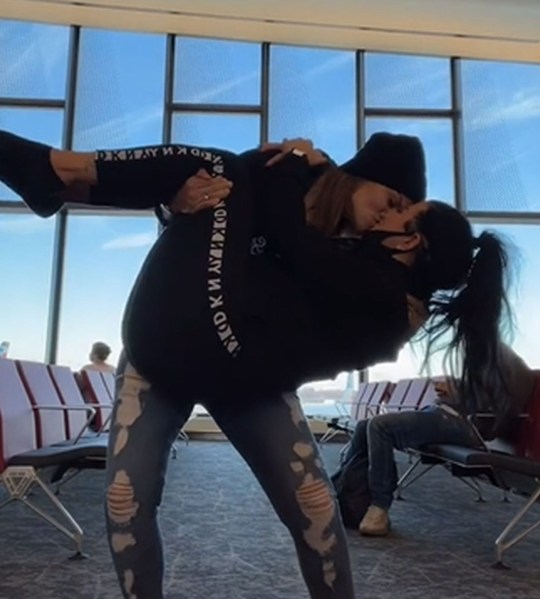 Melissa flew 5,000 miles to be with Stacie (Picture: Kennedy News and Media)

‘I was seeing it as a friendship then one night, she was on live and she was crying.

‘I’d been following her for three or four months and I found out she’d broken up with her girlfriend.

‘I sent her a private message on Instagram and said I hoped everything was okay.

‘We started talking from there basically, that was April 2021.’

Melissa added: ‘Before I even spoke to Stacie, I saved her videos and put them on my Instagram story saying I was going to marry her – she didn’t even know I existed.

‘I suppose if you look back on it now it’s a little creepy, but I’m a massive believer in manifestation.

‘I feel like when I saw her, her energy, it was an instant connection.’

The couple began talking in April 2021, and by August that same year had met.

In Mexico, they celebrated Stacie’s 30th, then the following day she popped the question.

Melissa said: ‘She did a message in a bottle with sand in it. It had a script in it and it had a written poem.

‘That was the way she proposed, I obviously said yes.’

After that first trip together, the pair returned to Stacie’s home in South Carolina – where they tied the knot two weeks later. 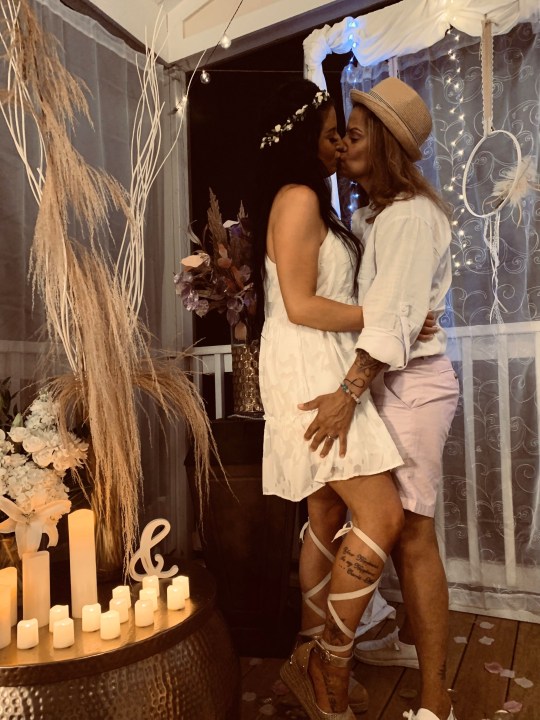 The new lovers said their vows on Stacie’s porch – with a friend acting as minister to officiate the marriage.

Melissa then sold her home in Norfolk and settled in the US.

But it wasn’t all smooth sailing – her family weren’t pleased with the sudden news.

Melissa said: ‘I went back to the UK for three weeks in September and Stacie flew over for a long weekend so she could meet my family.

‘It came as a huge shock to them, they weren’t overly happy at first.

‘It went from “I’m just going on holiday with someone I’ve never met” to “while I was on holiday, I got engaged”, then “I’m not coming back from holiday – I’m going straight to America”.

‘I called my mum two days before the wedding to say “Mum, I need to tell you something”. I told her I was getting married.

‘She was upset at first, I’m an only child so I can understand why, she just wanted to be there.

‘We have said we’d love to renew our vows in England so our family can be there.

‘I’ve just applied for my visa and I’m not allowed to leave America until I get my visa through now.

‘We’ve remodelled all our house and we’re settling into married life really.’

Stacie says she bought the ring to propose before she had even boarded the flight to Mexico – counting on their connection translating into real life.

Speaking on their marriage, she said: ‘We got caught up in the moment and thought everything was pointing in our direction to do it.

‘I love Melissa’s heart. When I was on the phone to her, the way she’d talk to the older residents was so endearing.

‘She’s like that with anybody, she’s so genuine. It’s a rare quality that people have, being just so kind-hearted without knowing someone.

‘She’s a very attractive woman too.’