A BRIDE has revealed how she plans to have a “no food wedding” because feeding people “doesn’t matter.”

The anonymous woman took to a wedding forum where she asked for advice on ditching the grub on her big day. 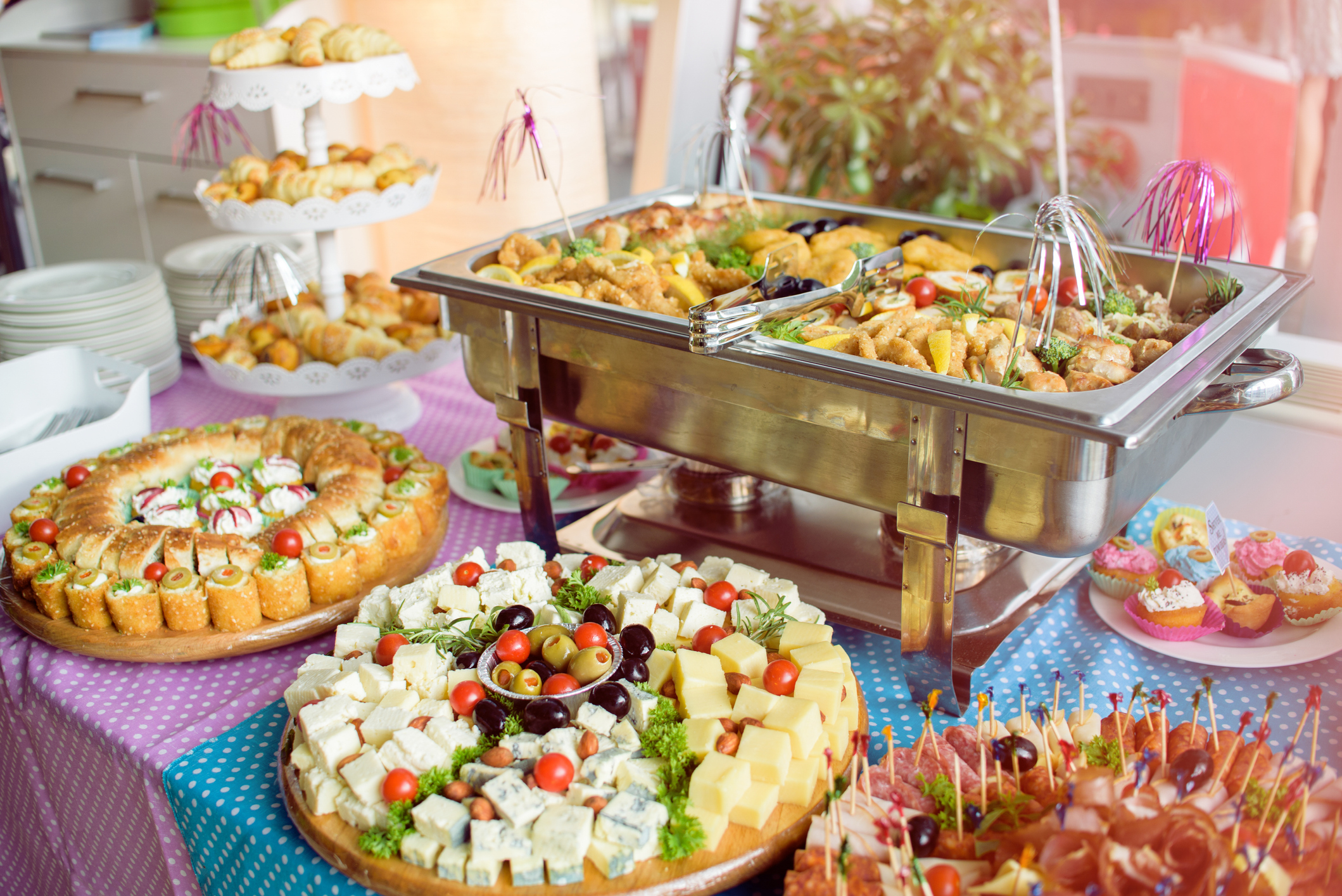 A bride has been branded “tacky” after revealing she plans to not feed her guestsCredit: Getty Images – Getty

In her post she explains that she and her partner are slowly paying off the cost of their $4k (£2,883) venue and are struggling to find an inexpensive caterer.

She writes: “So my question is, is it unusual to… not feed people at your wedding? I have heard of ‘dessert only weddings’ if you have one later at night.

“What about an appetizer(s)/small plates only wedding? Alcohol only wedding? Everybody grab a sandwich and a garden chair wedding and have a seat???”

She continued: “I do not want to feel obligated to pay for these people to eat a lavish meal and drink it up on my tab.” 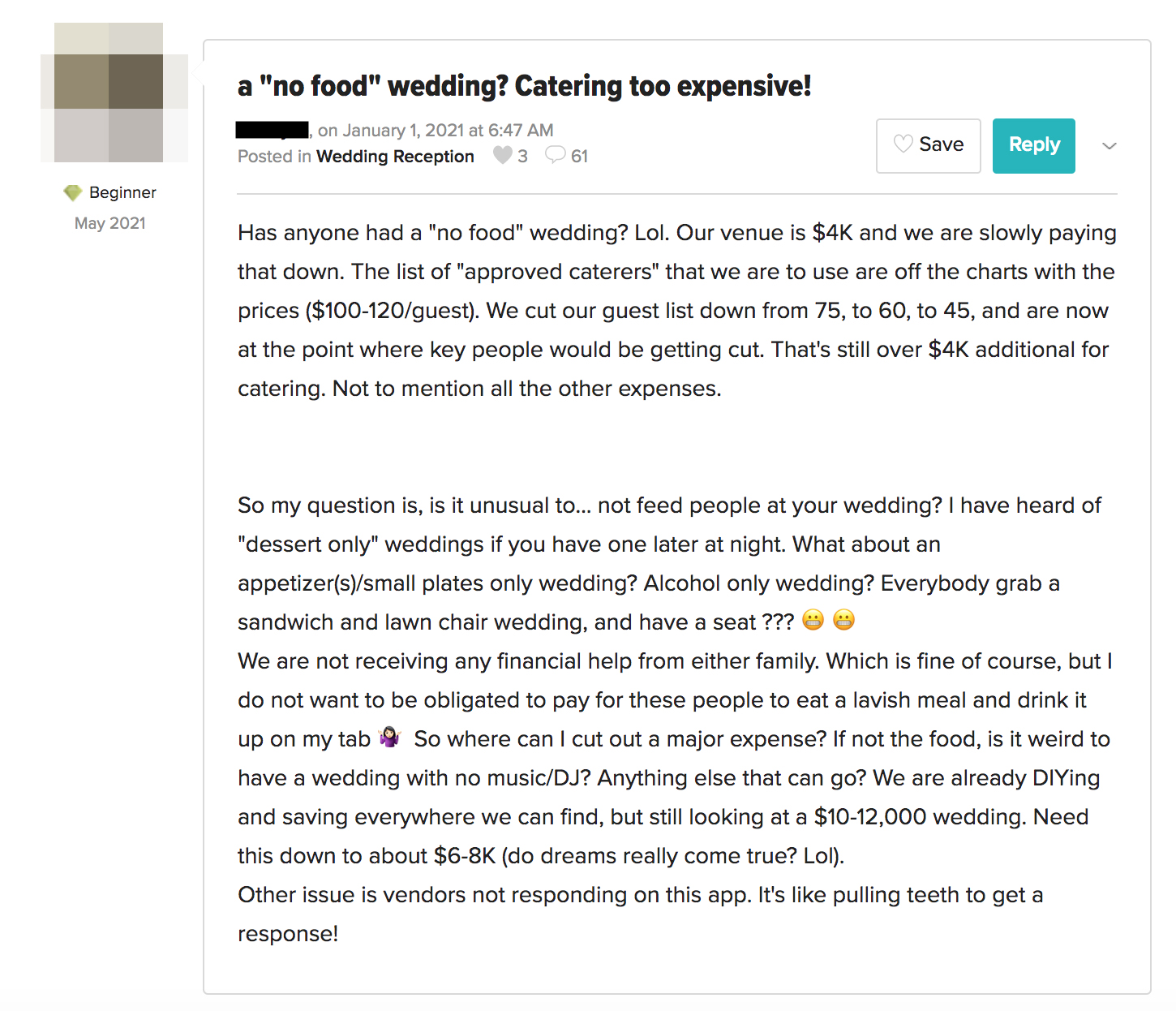 She complained that her venue was too expensive, but others suggested she choose a cheaper venueCredit: Reddit

The thrifty bride was also keen on finding out if there were any other areas where she could cut the costs asking whether it would be unusual to ditch the DJ or the music.

Commenting on the post, one wrote: “If you have to use the venue’s caterer and they’re too expensive, pick a different venue.”

Agreeing a second added: “‘Oh, we can afford it.’ Girl, clearly you can’t if you’re still paying down the 4K for the venue. Don’t spend half your budget on a venue (unless it includes food).”

A third wrote: “Have the nicest wedding you can afford for your guests, not for yourself.

“Cake, punch and appetizers in the church hall is infinitely nicer than expecting people to show up for hours without a bite to eat so that you can afford the fanciest location possible.”

“So you’re gonna spend $4000 on a venue to spend twenty minutes eating cake?” added another.

In other wedding news, this groom was accused of wrecking his wedding by making his friend propose during the reception.