On Love Island, being found out as a ‘player’ is the ultimate crime… despite it being a TV show with a prize at the end.

You’ll spot everyone from Ekin-Su Cülcüloğlu to Jay Younger getting accused of playing games (sometimes by each other), as a shorthand for making sneaky, hurtful moves.

When you’re cooped up in a villa with all the people you’re interested in, it’s far easier to suss out what the person you’re dating is up to.

But out in the real world, it can be tricky to see when you’re dating a player.

So, to help you out, we asked a bunch of experts for some warning signs.

If you spot any of these, keep your wits about you – the game is afoot.

What does it mean to be a player?

A player is someone of any gender who toys with the emotions of people they are dating.

They’re dishonest, behave in shady ways, and work to keep you on the hook without providing the commitment or respect that you ask for.

A player doesn’t really care if you get hurt – it’s all a game to them.

They come on strong

‘They’ll shower you with compliments and tell you exactly what you want to hear, but they’re not making any effort to get to know the real you or showing you who they truly are.

‘This is because they’re motivated to love-bomb you as a strategy to get you to drop your defences and roll into bed with them.’

You’re doing all the work

Jessica Leoni, sex and relationships expert at Illicit Encounters, says alarm bells should be ringing if ‘you are doing all the work – the first text/WhatApp of the day and the last one at night, the ideas for dates and making sure they happen’. 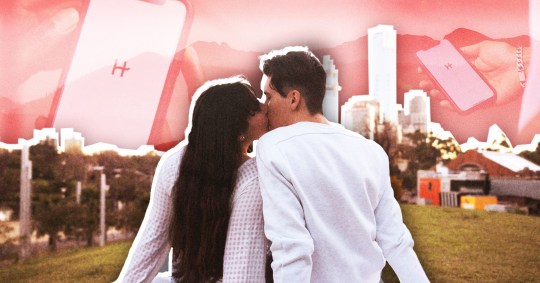 You feel confused about how they really feel

If your head’s constantly in a spin, there’s probably a reason.

‘Dating a player or someone playing games when you were hoping for something deeper can be dispiriting and confusing,’ notes senior therapist Sally Baker.

‘The confusion will be because game players are often adept at changing their behaviour from being attentive to MIA or from being loving to being disinterested.

‘Players know how to keep their game going with breadcrumbing bits of attention, occasional lovebombing and then proving to be unreliable when someone new catches their eye.’

Their words and their actions don’t line up

Is there a major disconnect between what they say and how they behave? Run a mile.

‘They claim you’re the best, the most attractive or the sexiest thing since sliced bread, but they won’t invest the time in developing a relationship with you beyond nights out and the bedroom,’ notes Rhian.

‘When challenged or asked to give more to the connection, they’ll make excuses and play the victim because you’ve cast doubt on their motivations.’

Wait, have you not met a single person in your date’s life? That’s stashing, and it’s a big red flag.

‘They’ll avoid introducing you to their family and friends and they’ll keep you on the periphery of their life,’ notes Rhian. ‘This is because they want to protect themselves and cover up for the fact that they’re dating other people, and they’ve got no true intention of drawing you close.’

Jessica points out another cause of stashing: ‘You never get to meet their friends, because their friends know what they are really like and might give the game away.’ 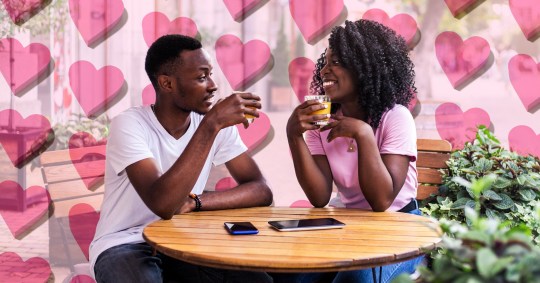 Watch out for lovebombing (Picture: Getty/Metro.co.uk)

They’re super flirty with everyone

‘They are flirtatious when you are out – they enjoy the attention from waiting staff and anyone else you interact with,’ Jessica lists as a warning sign of a player. ‘Yes, maybe they are just really friendly or maybe they are like that all the time and hit on people a lot.’

They avoid giving you all the information

Rhian points to a shady take on conversation as a sign someone isn’t what they seem, telling us: ‘They may not share all the details of their lives with you and will give you vague information when you ask them personal questions.

‘You may get their phone number and they may give you a vague idea of where they live and work, so that you have enough information to feel safe with them, but they’ll be unlikely to disclose who they live with, what their daily schedule is like or even what their past relationship history looks like.

‘All these things are red flags and when you notice them you may realise they’ve duped you into a false sense of security that you’re becoming close to them, but you have no real idea about who they are at all.’

‘They may not be available for days or even weeks on end, and they’ll give you vague explanations, like having to go on a work trip or being busy with family stuff,’ Rhian notes. ‘They may not answer their phone or reply to texts in a timely fashion and if you mention this to them, they’ll act like you’re being controlling or gloss over the reasons why and they may be extremely protective over their space and independence.

‘This is essentially because players are emotionally unavailable and they only mimic intimacy when it suits them.’ 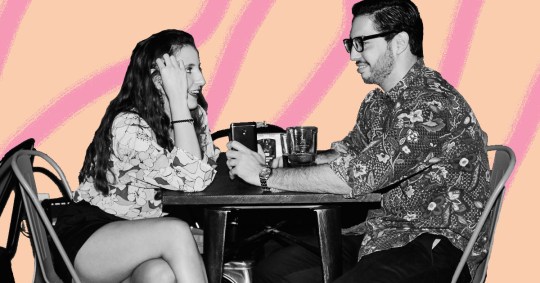 A player tends to be an excellent flirt… with everyone (Picture: Getty/Metro.co.uk)

They’re super protective over their phone

Expecting privacy is fine, but if they won’t even leave their phone when they nip to the bathroom and constantly shield your screen from view, that can indicate some shifty happenings.

Jessica Leoni backs this, adding: ‘If you have met on a dating site or app, you can pretty much guarantee that they have not deleted the sites and they are still weighing up their options and seeing what’s out there.’

You get emotion hangovers

Sally says: ‘A key clue is to focus on how this relationship makes you feel.

‘Sometimes clarity is hard to find especially in the early honeymoon stage, when you might be drinking or partying more.

‘That bummer hangover when you feel depleted and sad the next day can be attributed to too much booze but could also be masking your intuition trying to tell you something is wrong.’

It’s always about sex and they go cold afterwards

‘The player’s focus is instant gratification,’ says Rhian. ‘In the moment you’ll be the sexist creature alive and they’ll do anything to share a few hours of passion with you.

‘They’ll always orchestrate the opportunity for sex by meeting up with you for late drinks, or suggesting that they come over to your place after their night out.

‘But once they’ve had their dopamine hit, and their needs have been met, they could become cold and distant and it may feel like you’re being rejected. They’ll often make excuses for not staying the whole night, or leaving early in the morning.’

‘There will be a part of you that knows you’re dating a player,’ says Sally. ‘One clue is what you don’t tell your friends too much about your relationship.

‘If you find yourself censoring what you say about your partner’s behaviour that’s because you are wary of the opinion of friends or family that care about you.’ 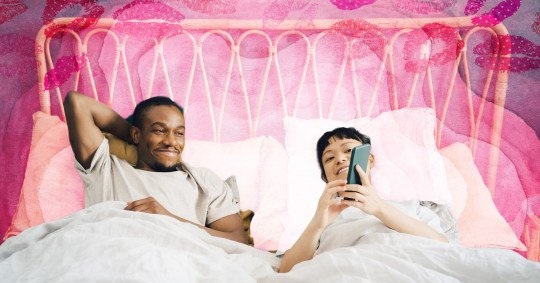 Is it super superficial? (Picture: Getty/Metro.co.uk)

Okay, so you’ve figured out that you might be dating a player. Now what?

How to deal with dating a player

Navigating game-playing all depends on what you want.

If you’re looking for a serious relationship – ‘the best thing to do is run in the opposite direction,’ says Rhian.

‘Don’t play into their game,’ she explains. ‘The truth is that a player is selfishly motivated, and likely has a ton of issues with intimacy and relating to deal with before they’d have the capacity to build a meaningful, healthy relationship.

‘They need to choose more conscious, honest and responsible relationship behaviours and this may require them to work on themselves and mature in order to change.

‘People never change for the sake of others – it’s a huge mistake to wish that you could be the one to finally open a player’s heart.

‘If you find yourself exploring this idea, it probably comes from a desire to feel like you were “good enough” for them to choose you when in actual fact you were never the problem. They’re the one who’s emotionally unavailable.

‘It can help to keep your eyes open to notice the red flags and assert healthy boundaries so that the player understands you’re not open to their games. Most likely, this will dampen their interest in you and they’ll move on to focus on someone else who is willing to let them play.

‘If you really felt attracted to them, you may feel like you’ve lost the opportunity to see where things could go. But ultimately, you’ve most likely saved yourself from being used and disrespected.’

If you’re fine with keeping things casual and non-monogamous, however, there’s no harm in playing the game – just make sure you’re sure about what you want.

‘It’s important to be truly honest with yourself about your own motivations,’ Rhian notes. ‘Don’t pretend you can play the game if you secretly wish your player is going to catch feelings for you and consider whether you’re compromising your core values or feeding your ego by thriving on the thrill of the chase.’

If you do decide to keep up the flirtation, Jessica recommends setting ground rules early (maybe you’re fine with not defining the relationship, but you’d rather they didn’t date anyone you know) and making clear that certain things are deal breakers.

Make sure you’re willing to move on if things stop working for you.

Keep your eyes open and don’t fool yourself by pretending the player or the relationship are something they’re not.

And ultimately, don’t feel like a failure for calling it quits.

‘Many people look back and regret wasting time and energy on a player,’ says Rhian. ‘My advice is not to fall into that trap!’