But Georgia Garside, 20, was devastated when she’d discovered it had been left looking like a “tip” – and it even “smelled of urine.” 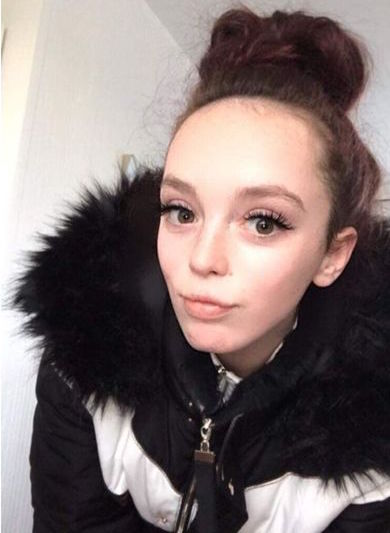 Georgia Garside, 20, was devastated after seeing the state of the family home she’d foundCredit: MEN Media

The mum-of-two was due to move into the house in Wythenshawe as part of a scheme where Manchester City Council pays the deposit and first month’s rent.

Having been living in temporary accommodation in Fallowfield with her two babies, Georgia was relieved when she finally found a house suitable for her young family.

She said she had spent months looking for a house which accepts housing benefits and everything seemed to be going to plan.

The landlord of the property had even agreed to carry out some building work to bring the house up to living standards – so Georgia was feeling optimistic. 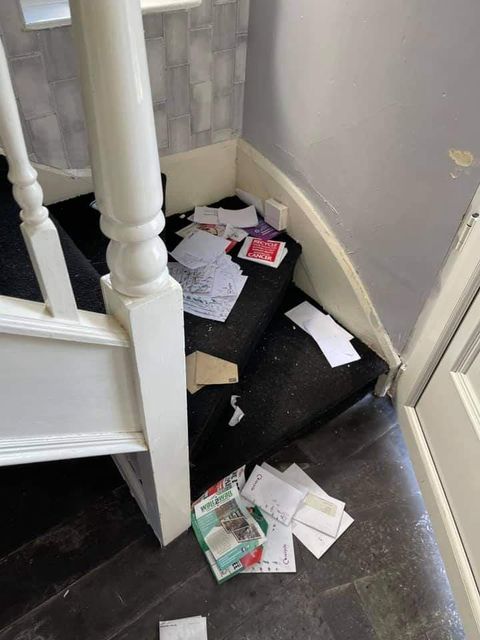 When she saw it, she said it was left looking like a ‘tip’ and not suitable for her familyCredit: MEN Media 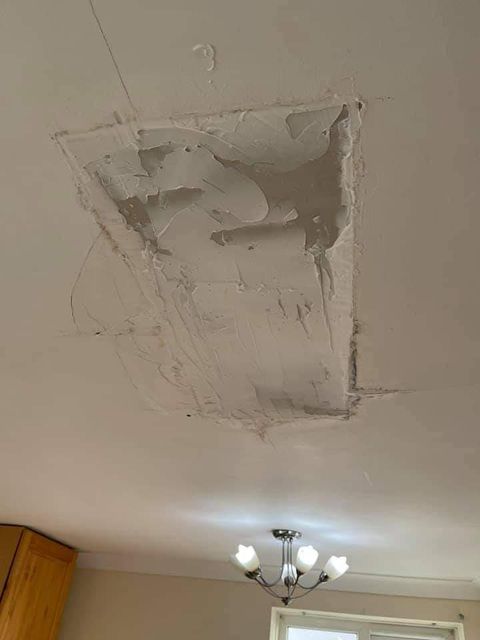 Georgia said there was a bit of work that needed to be done but she assumed thelandlord would sort that before moving inCredit: MEN Media

But when she went to move in last month, she claims she was shocked by the state of the house which “wasn’t even fit for an animal”, let alone her two young kids.

Georgia said: “Back in January I applied for the house and it was accepted but the estate agent said it was going to take some time to get it together.

“An estate agent sent me a video going round the house before I moved in and it all looked normal.

“There was a bit of work that needed to be done but I assumed the landlord would sort that.” 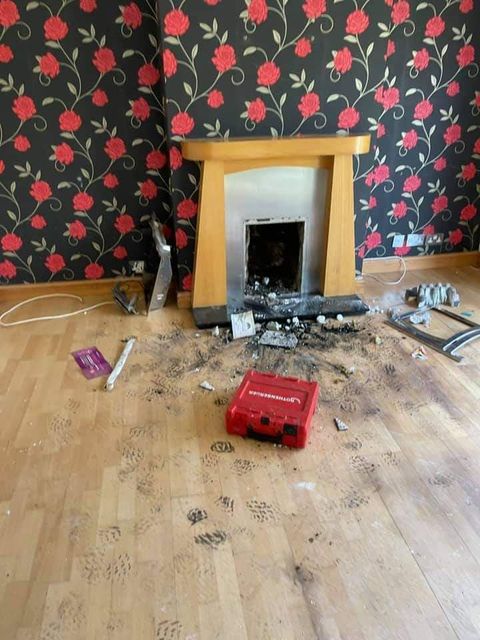 She said it was ‘dreadful’ with mud and rubbish everywhereCredit: MEN Media 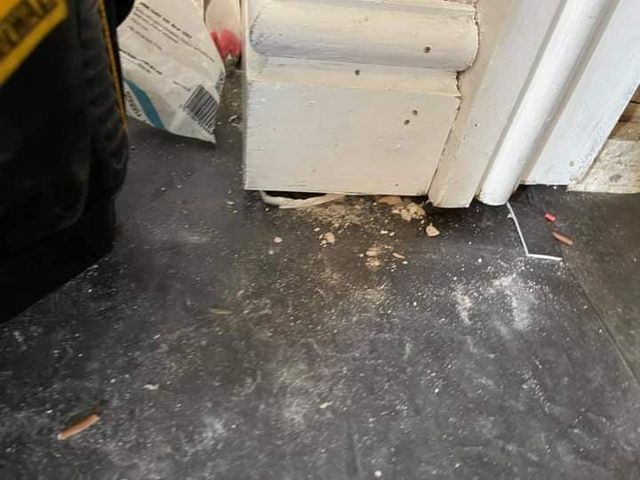 The skirting boards had ‘gaps so wide that my daughter would be able to fit her fingers through there’Credit: MEN Media

The mum-of-two said she was delighted when she received the call to say the house was ready, after several delays meant her move-in date kept being pushed back.

Georgia said: “I got there and it was dreadful – it was dirty and there was mud everywhere.

“The floorboards weren’t level and the skirting boards had gaps so wide that my daughter would be able to fit her fingers through there.

“My bedroom has a huge dent in the floor and there is a big crack in the wall. It is just a mess.”

I wouldn’t let an animal live in it let alone someone with young children.

Georgia said she was told all the rubbish from the property would be removed, but claimed it had all been dumped in the back garden.

Georgia said: “The decking in the gardens has gaps so big my daughter would fall through it.

“The floor boards inside the house are so thin and the whole property smells of urine. The house is just terrible.

“I wouldn’t let an animal live in it let alone someone with young children.”

Georgia claimed an inspection was carried out by the council before she moved in, who deemed it safe for her, her partner, and two children. 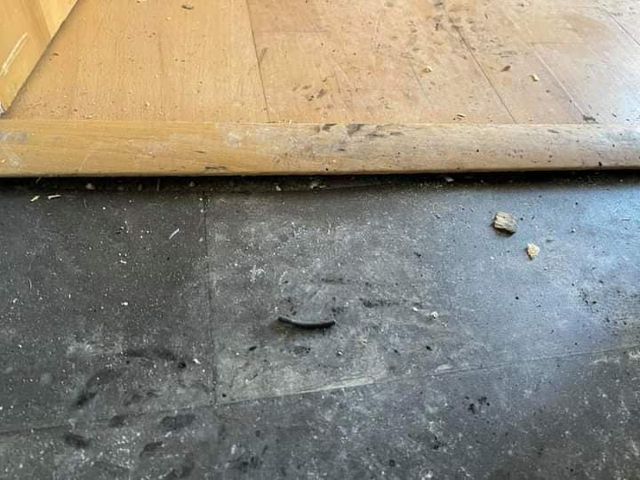 The mum-of -two said the floor boards inside the house were so thin and that the whole property smelled of urineCredit: MEN Media 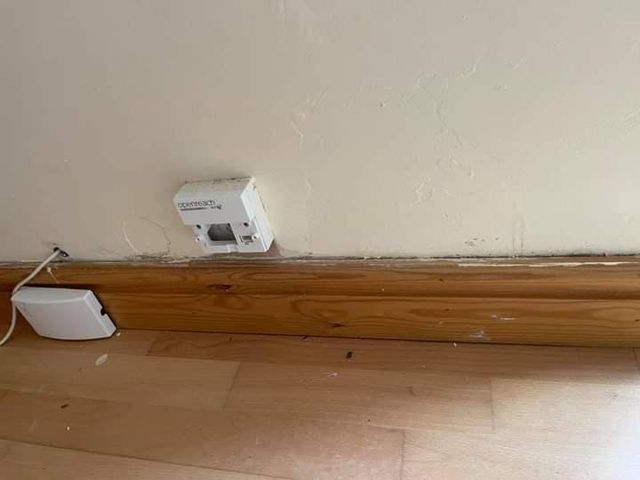 Georgia said: “The council pays for the deposit and first month’s rent and they inspect the property first to make sure it is ok.

“I have two children aged 22 months and three months. My youngest was premature and has problems with his chest.”

Georgia said she was told to carry on looking for a new property by the council after she complained.

Georgia said: “It is really heartbreaking.

“I do keep looking but it is so hard to find somewhere that accepts housing benefits and I really thought I had hit the jackpot with this one. 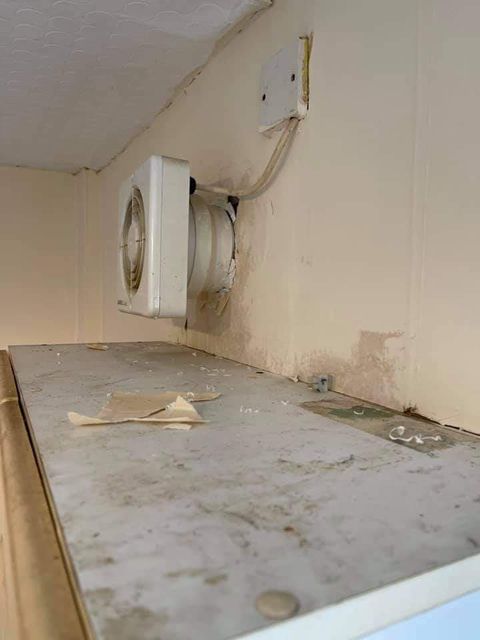 Manchester City Council confirmed it was supporting Georgia in hersearch for a suitable houseCredit: MEN Media

“It was a two bedroom house and had a garden. It has really devastated us.”

The family are currently living in homeless accommodation in Fallowfield and Georgia said they were desperate to get out.

Georgia said: “Of course I appreciate having a roof over my head but some of the people you get living there and in the area – it’s not very family friendly.

“I don’t want this to happen to other young mums like this.

“I waited four months for this house and it is just devastating.”

I really thought I had hit the jackpot with this
one. It was a two bedroom house and had a garden. It has really devastated us.

Manchester City Council confirmed it was supporting Georgia in her search for a suitable house.

A spokesperson for the authority said: “The council has been supporting Georgia to move out of her current temporary accommodation into a suitable private sector tenancy through a scheme whereby the council pays the deposit and first month’s rent on behalf of residents.

“Georgia located a private sector home and was advised that the council would support her to move into the property if she found it suitable.

“At no point was she told that she had to move into the property and she chose to pass on the home following a viewing.

“The council will continue to support Georgia and the search continues on her behalf to find another suitable home.

“Georgia has also been advised that if she finds a home in the meantime, the council will support her to secure it.”

In cleaning related news, professional cleaners reveal why the five-second rule is a must when Spring cleaning & the common mistakes we all make.

Plus we revealed how to ‘fake clean’ your house so it looks spotless in 10 minutes – including spraying window cleaner on the front door.

And this homeless mum slams people complaining about being stuck at home saying they should ‘be grateful for what they’ve got.