A couple who wanted one more baby to complete their family have welcomed their all-girl quintuplets in a series of adorable photos.

Proud parents, Heather Langley, 39, and her partner, Priscilla Rodriguez, 35, both from Texas, US, welcomed their five daughters in August last year following an emergency C-section when Heather was 28 weeks pregnant. 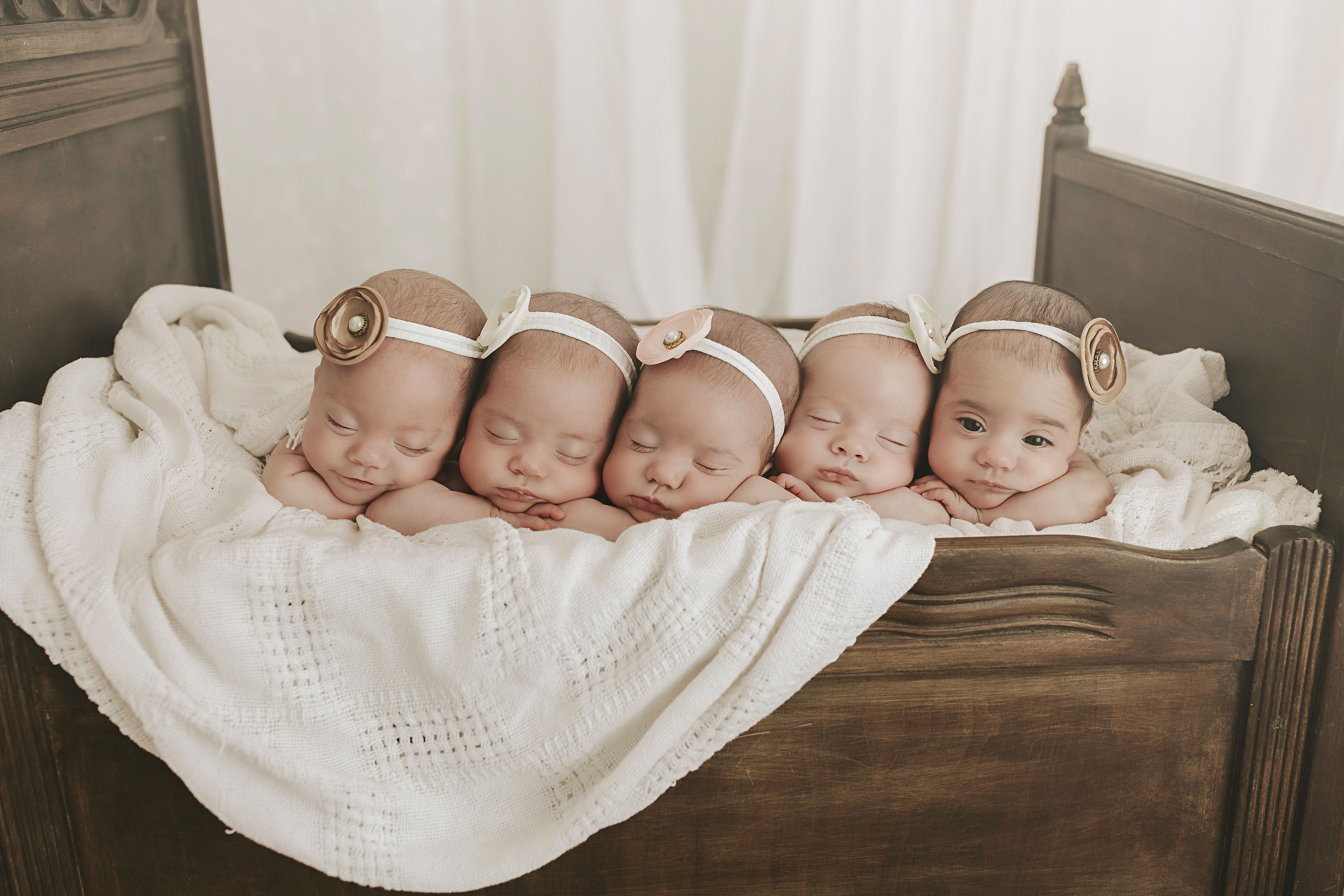 The birth of Hadley, Reagan, Zariah, Zylah and Jocelyn was so rare that they are just the second set of recorded all girl quintuplets in the US.

The couple, who have been together for nine years, already had a daughter together, Sawyer, three.

They decided they wanted to try for one more baby, however, ended up with five more.

Heather says that she was just six weeks pregnant when they discovered they were having quintuplets. 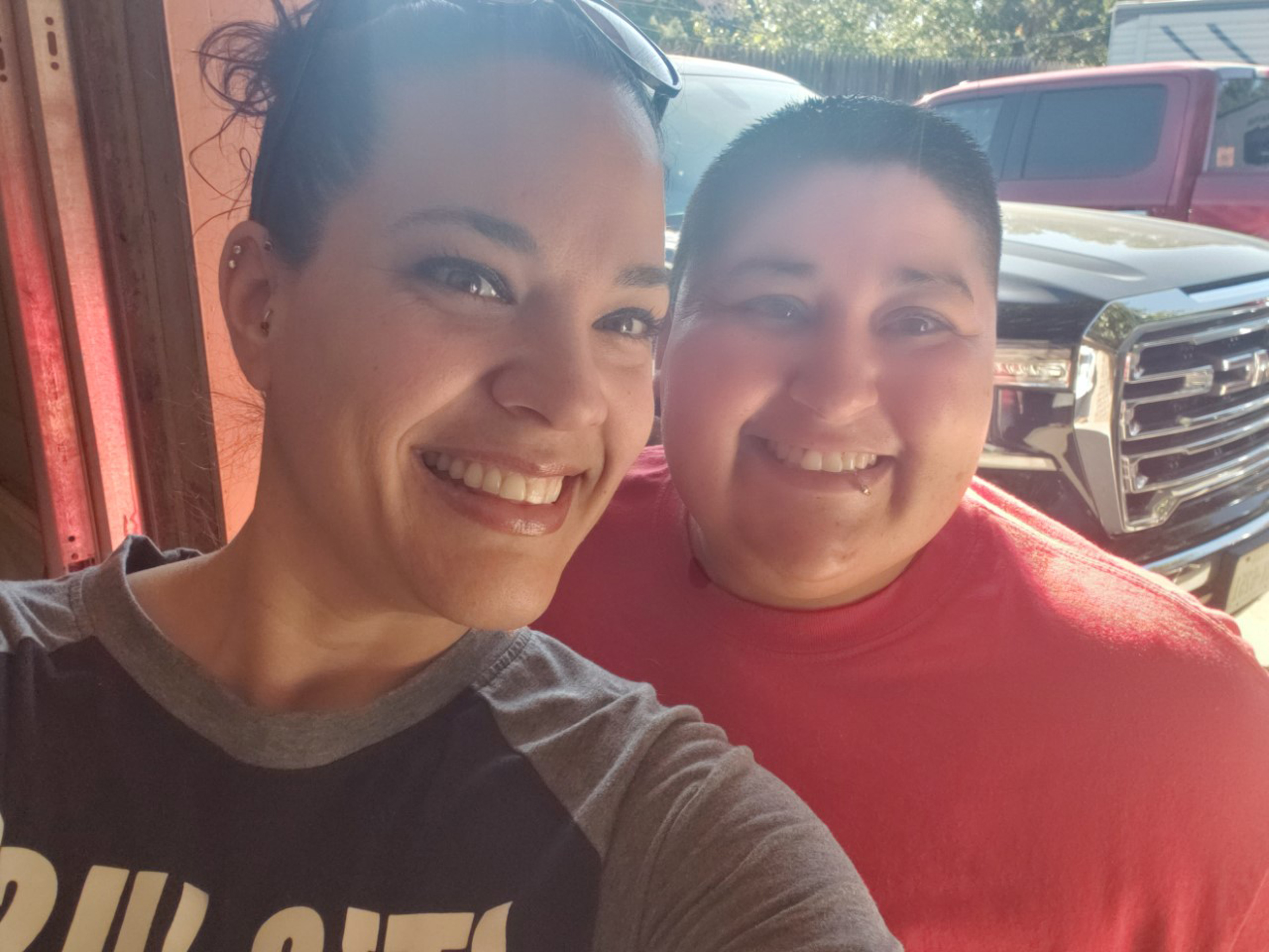 Heather and Priscilla have been together for nine years, already had a daughter together, SawyerCredit: Caters News Agency 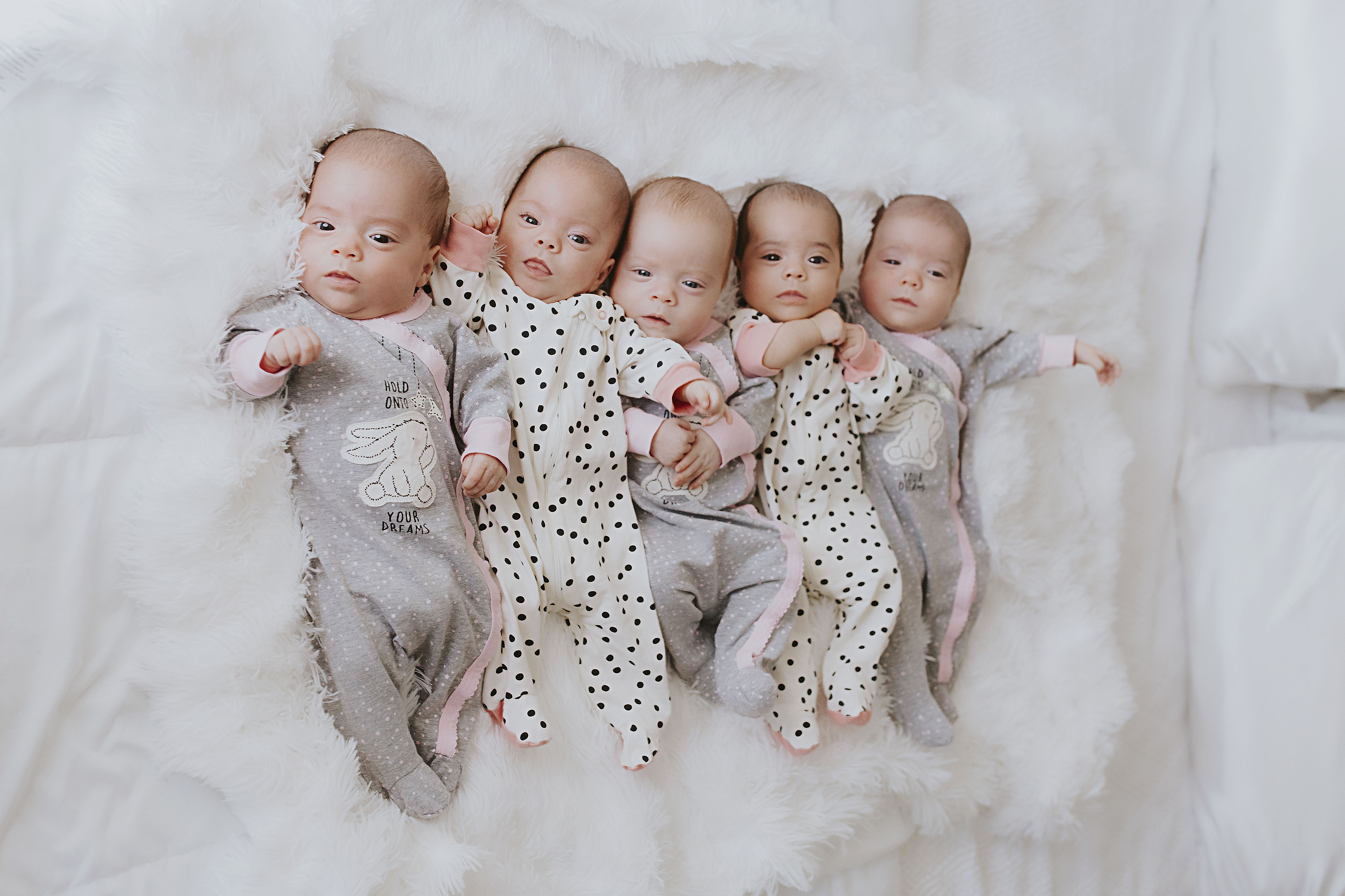 The babies are just the second set of recorded all girl quintuplets in the USCredit: Caters News Agency

She added: “Initially doctors only saw four gestational sacs, but then they found the fifth one.

“I immediately felt scared when we found out there was going to be five because I feared my pregnancy would be worrying and complicated.

“I was also panicking about how we would take care of five babies and how on earth we would pick and agree on five names, let alone one.

“However, after the initial shock and the news had sunk in, I realised how special and unique our babies were going to be. It feels like we have won the lottery. 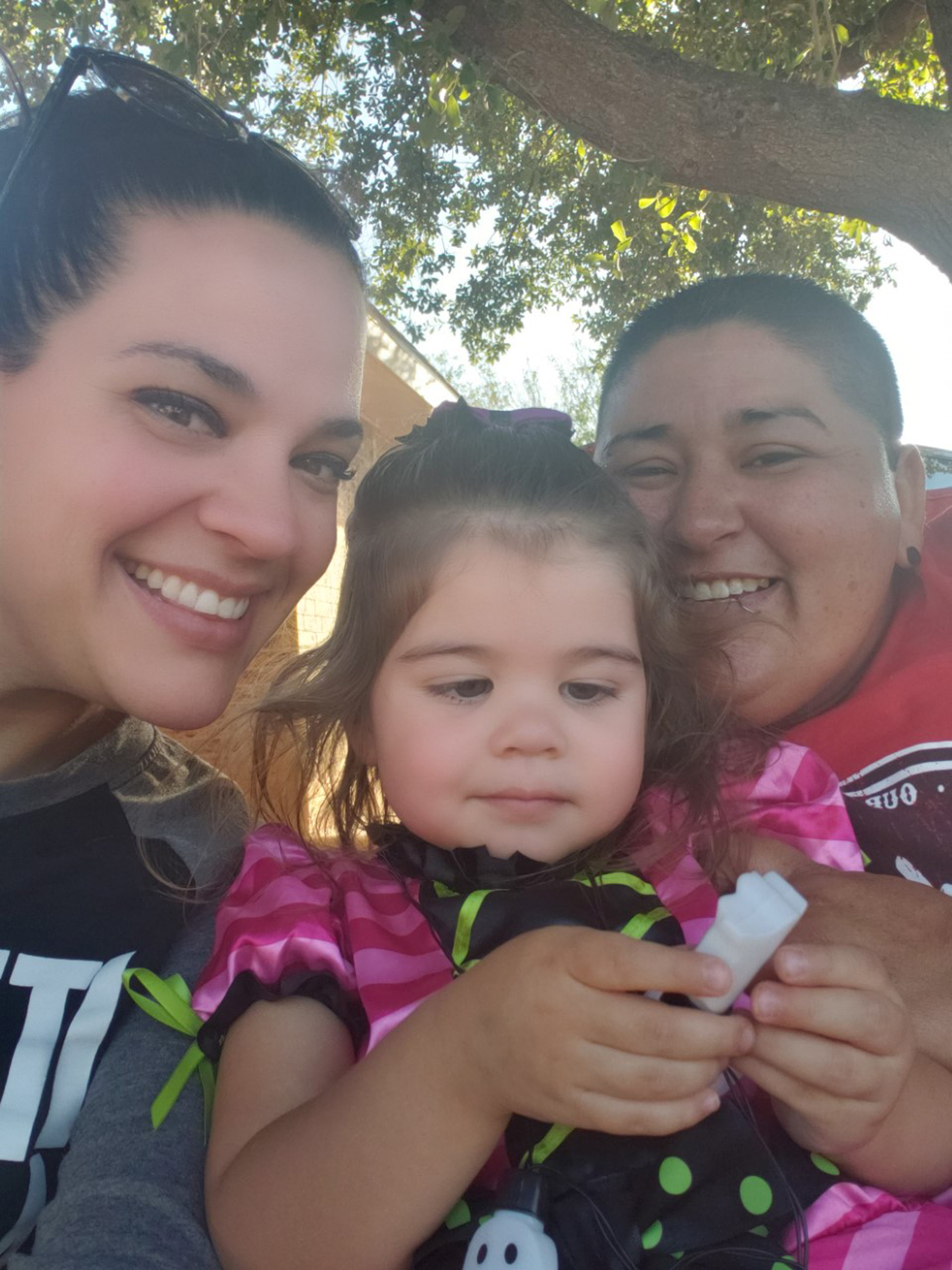 “I have always wanted children, and I wasn’t sure if it was ever going to happen for me. At first, Priscilla didn’t really want children, but after we had our first daughter, we knew we wanted to try for one more.

“We used the IUI method again, the same fertility treatment we used to have Sawyer, although we weren’t able to use the same sperm donor as it wasn’t available.

“We weren’t sure if it was going to take. But this was our first attempt, and it worked. We were so happy, we couldn’t wait to be parents again.” 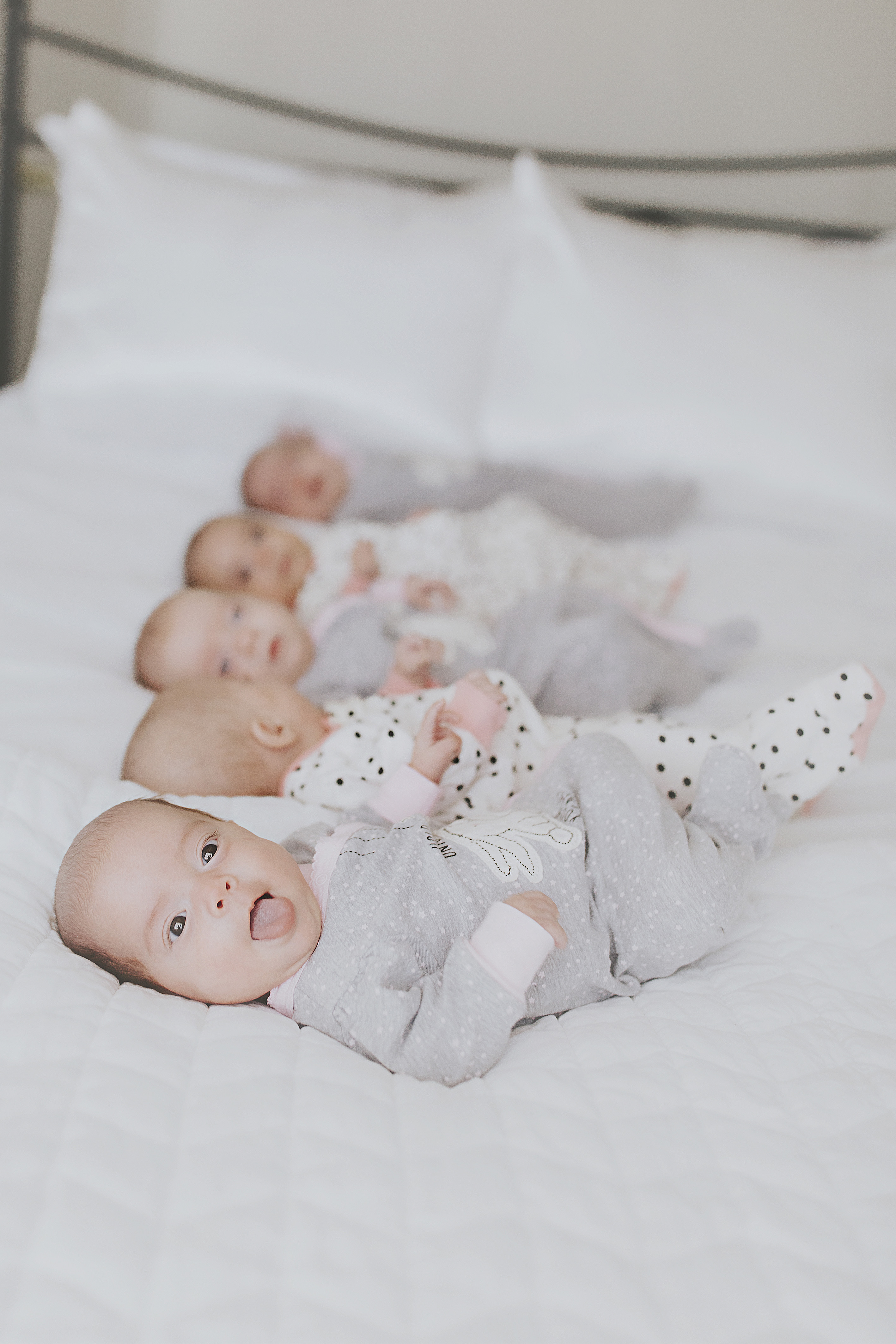 Everyone in their home town knows the babies and how rare and special they areCredit: Caters News Agency 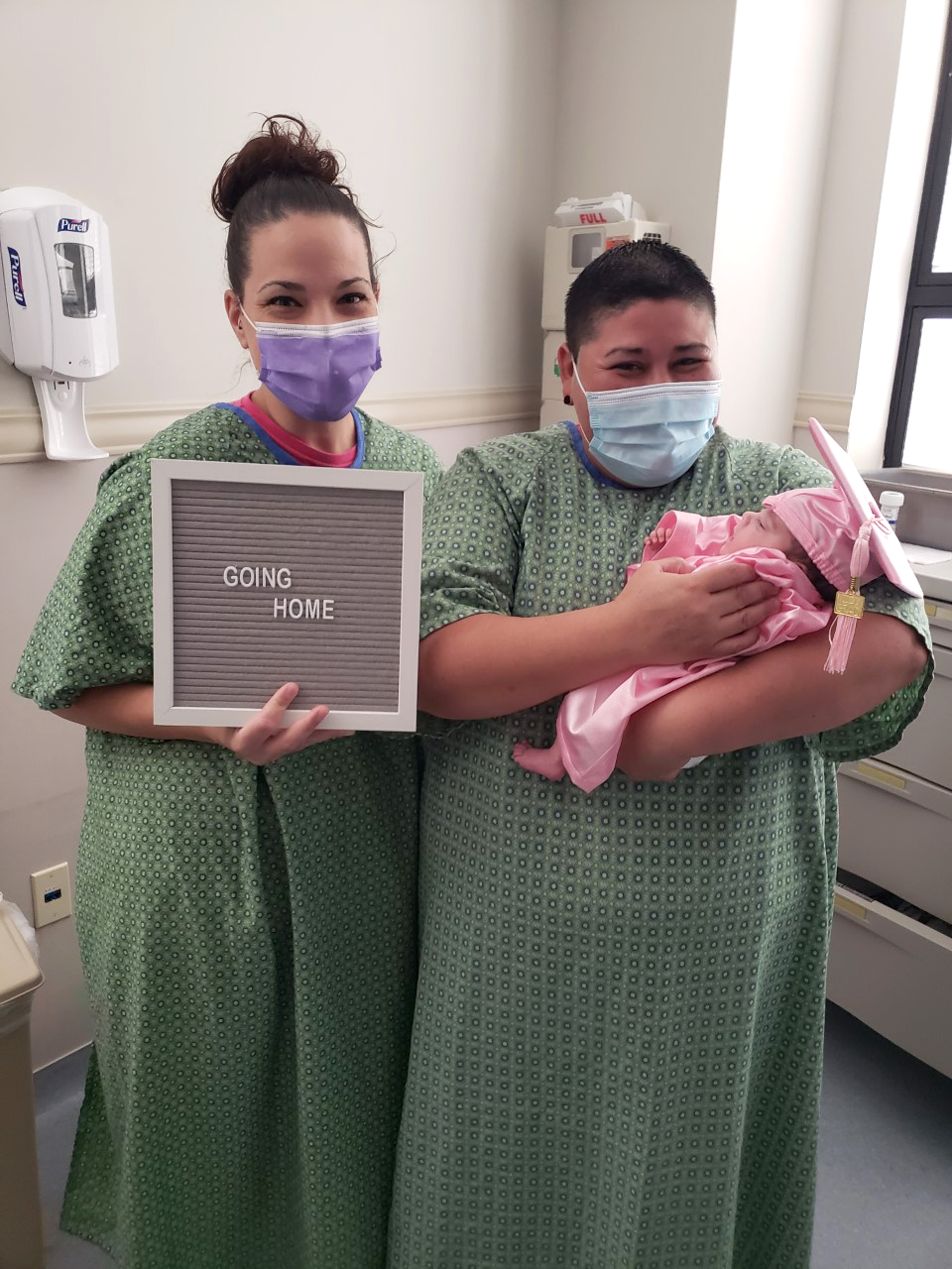 Heather (left) and Priscilla (right) with one of the quintuplets when they were taking her homeCredit: Caters News Agency

The coronavirus pandemic meant that Priscilla couldn’t go with Heather to her hospital appointments and wasn’t there when she found out they were having quintuplets.

Heather says that she broke the news to her girlfriend by text message.

She added: “She was incredibly shocked, she responded to my text saying ‘please tell me this is a joke.’ She didn’t believe I was being serious at first because you rarely hear of people being pregnant with five babies.

“Out of our five babies, we were really hoping we were going to get a couple of boys, but that wasn’t to be. 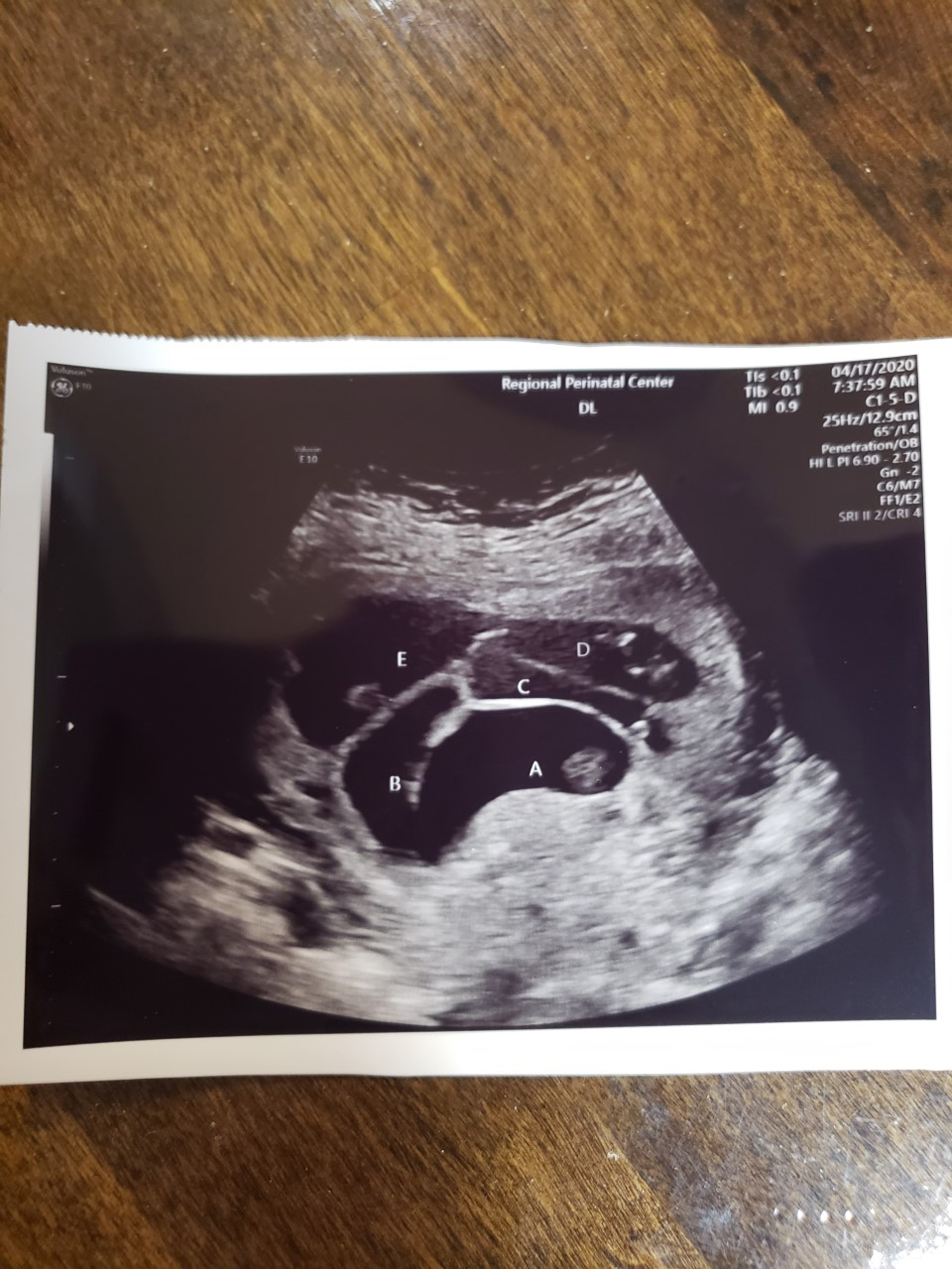 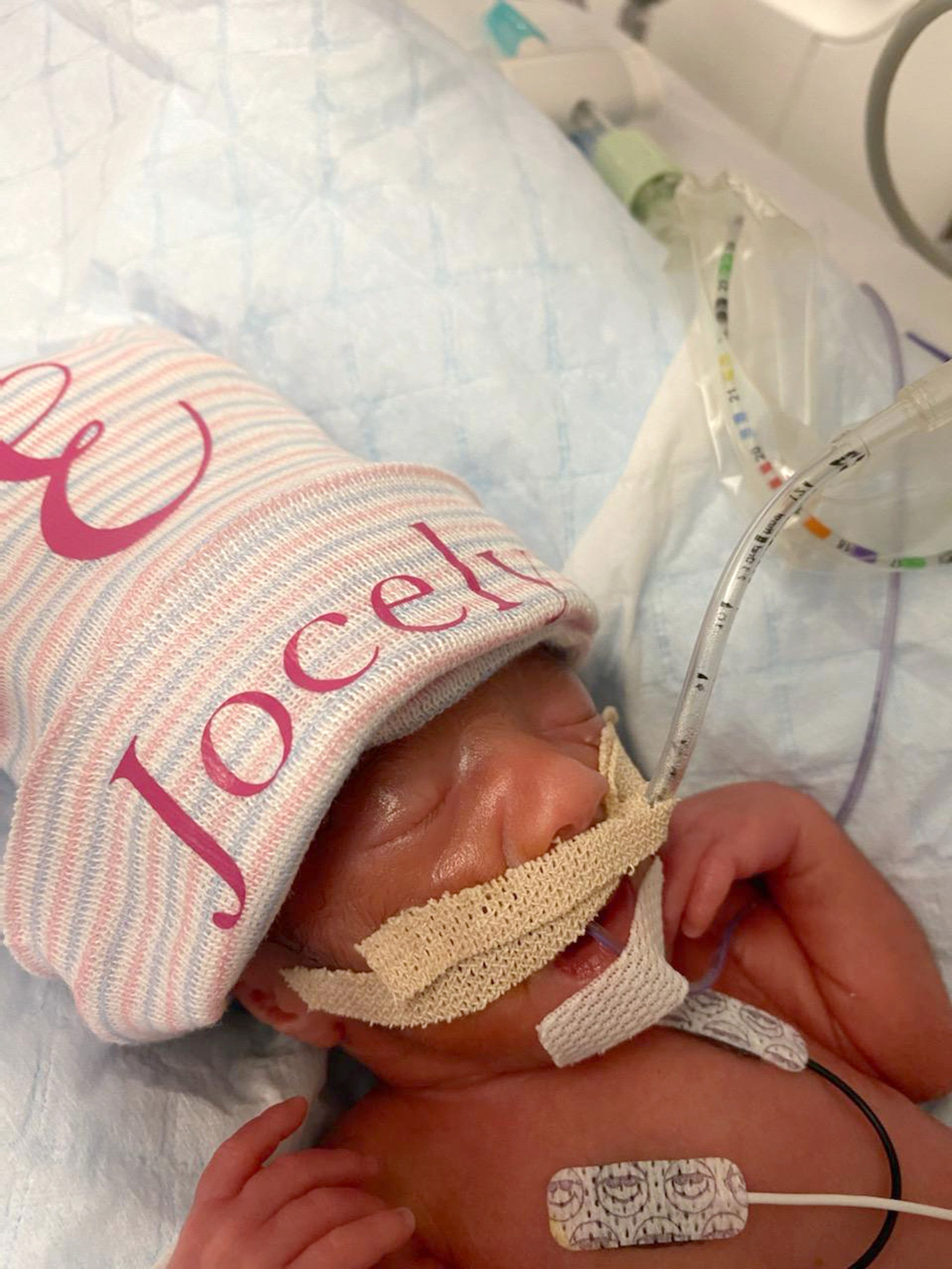 Jocelyn when she was first bornCredit: Caters News Agency

“At around 19 weeks we had a scan to find out the gender of the babies. The midwife just kept saying ‘another girl’. I could not believe we were going to have five more girls.

“I just kept thinking, ‘wow that is a lot of girls, what are we going to do with them all?’ We would have six in total.

“And then when we found out that they were going to be the second ever set of all-girl quintuplets in the US, we felt so blessed with how rare and extraordinary they were.” 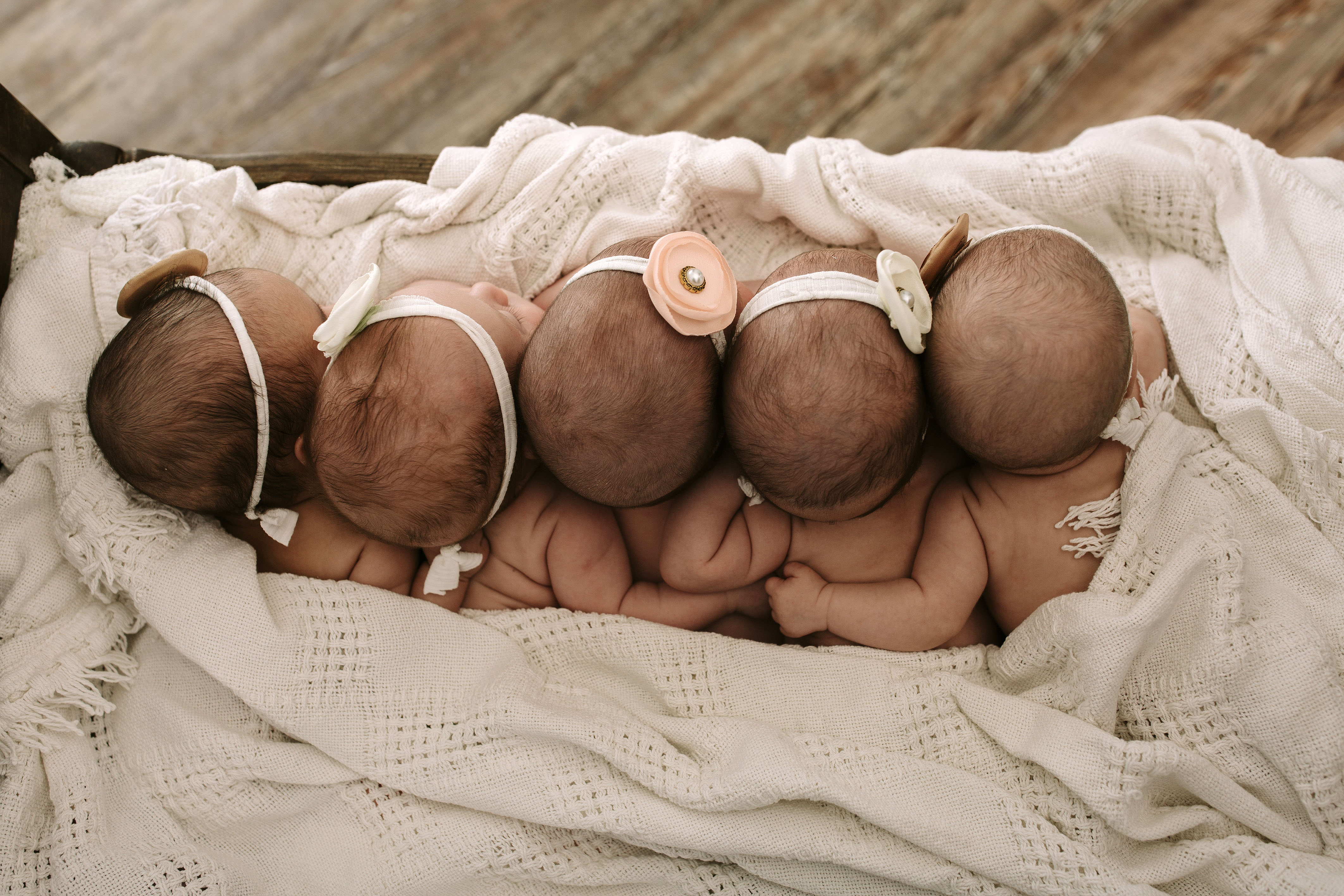 The couple had beautiful pictures taken of the girls by a professional photographerCredit: Caters News Agency

At 28 weeks, Heather was given some medication that would help mature that babies brains as the doctors knew that they would be early.

However, the medication sent Heather into early labour. After two days of trying to prevent the premature birth, Heather continued to dilate and underwent an emergency C-section where all five babies were delivered in the space of three minutes.

The mum-of-six said: “Their due date was 2 November, but as they were so early they had to spend the first three months of their lives in the hospital.

“It has been crazy, hectic and tiring, but we wouldn’t have it any other way. Our eldest daughter has been nothing but amazing with her sisters, she even calls them her babies. It is so cute. 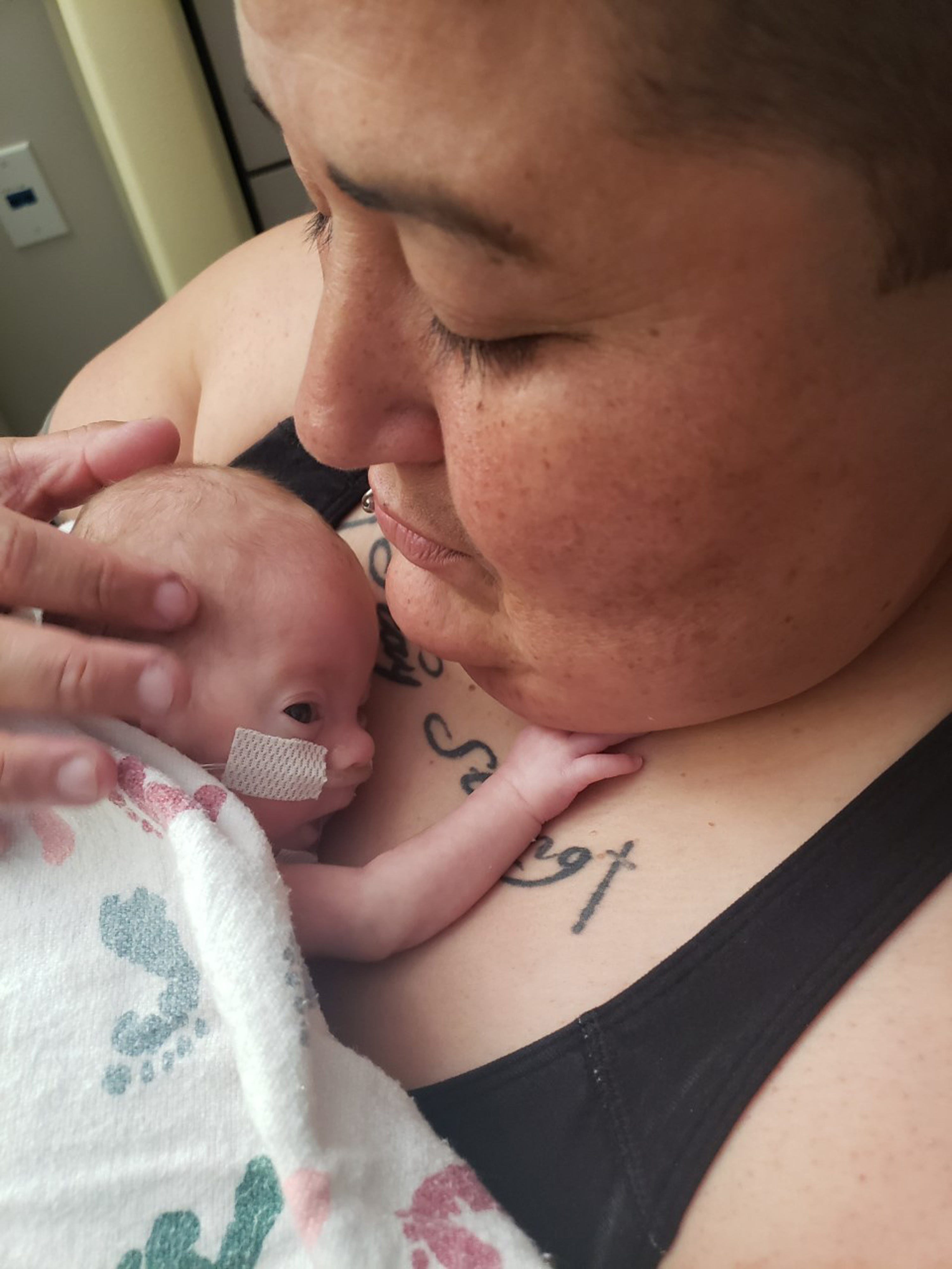 Priscilla with one of the babies after they were bornCredit: Caters News Agency 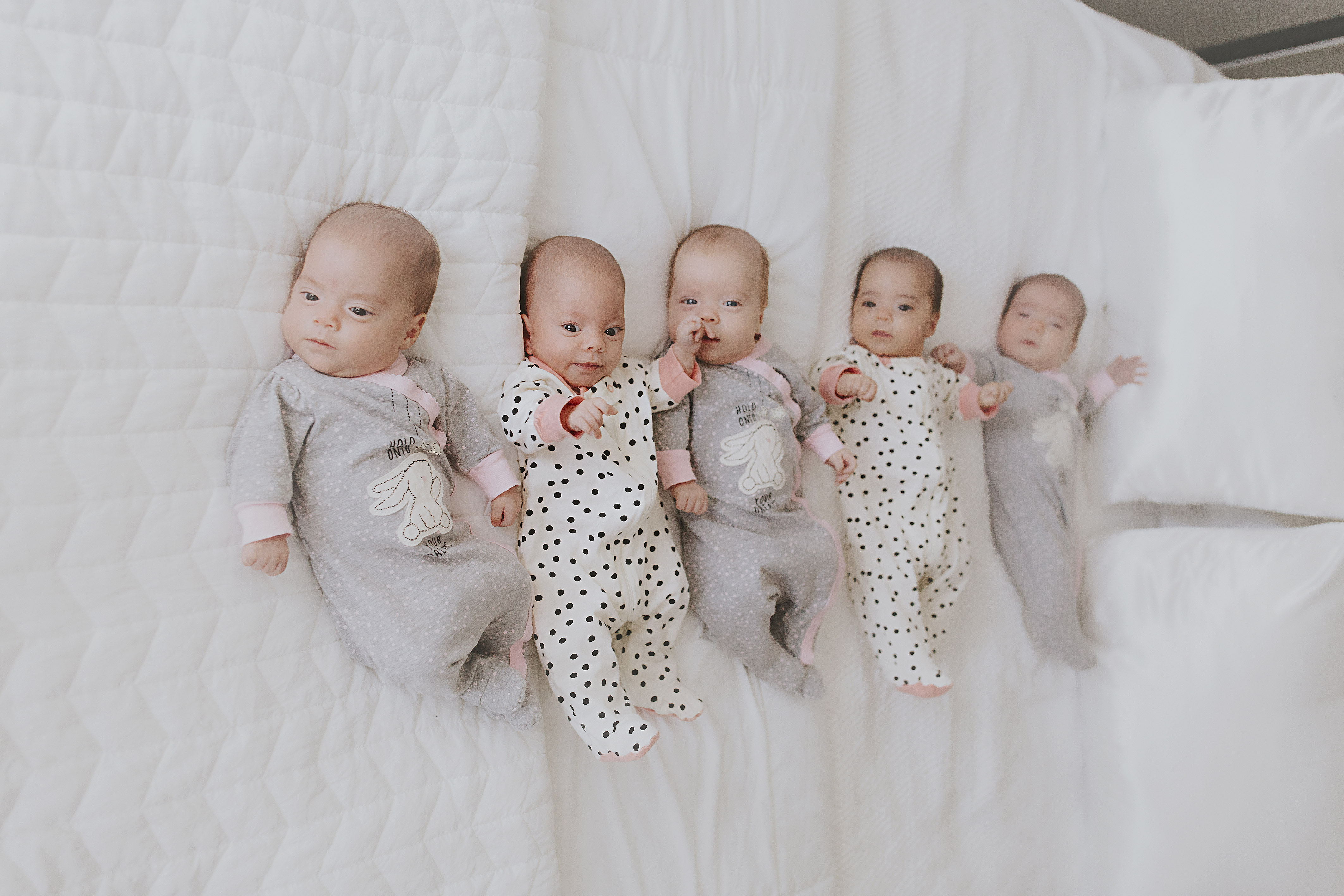 “Everyone in our home town knows them, they love how rare and special they are.

“We also love seeing people’s reactions when we tell them about our quintuplets, and people come up to us in public because they are so amazed.

“I am loving being a mum of six, it is amazing. I am always surrounded by my girls and there is nothing better than that.” 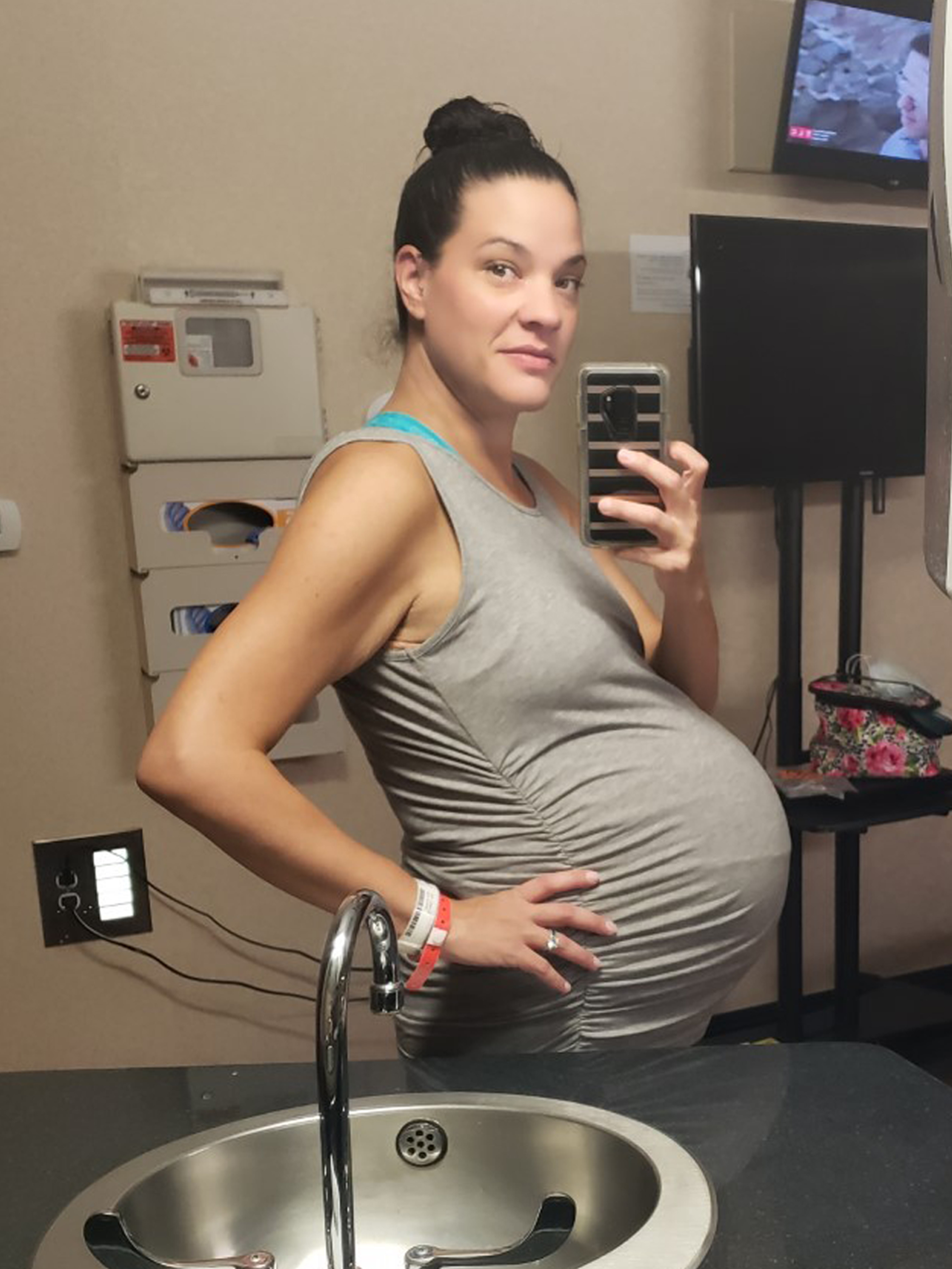 At 28 weeks, Heather was given some medication that would help mature that babies brainsCredit: Caters News Agency

The couple had beautiful pictures taken of the girls by Kristin Waner of Kristin Ann Photography.

Kristin said: “Photographing quintuplets has always been a dream of mine, so I was super excited to photograph them.

“Multiples are my favourite to photograph as they share a special bond which I love showing in the pictures. I was in heaven every second of the shoot.

“The photo where they are all sleeping took me an hour to get. Safety is priority in newborn photography, team work from my assistants and their mums made it happen.

“I can’t wait to watch these girls grow and capture their big milestones.”

We shared how a mum gave birth to identical quadruplets in the middle of the coronavirus pandemic.

And a family adopted four kids as siblings for their boy… then weeks later found out they were having QUADS.