A MUM has been branded “trashy” after sharing a snap of her baby’s huge false nails online.

The offending photo was shared on Reddit where fellow parents were horrified at the length of the toddler’s talons. 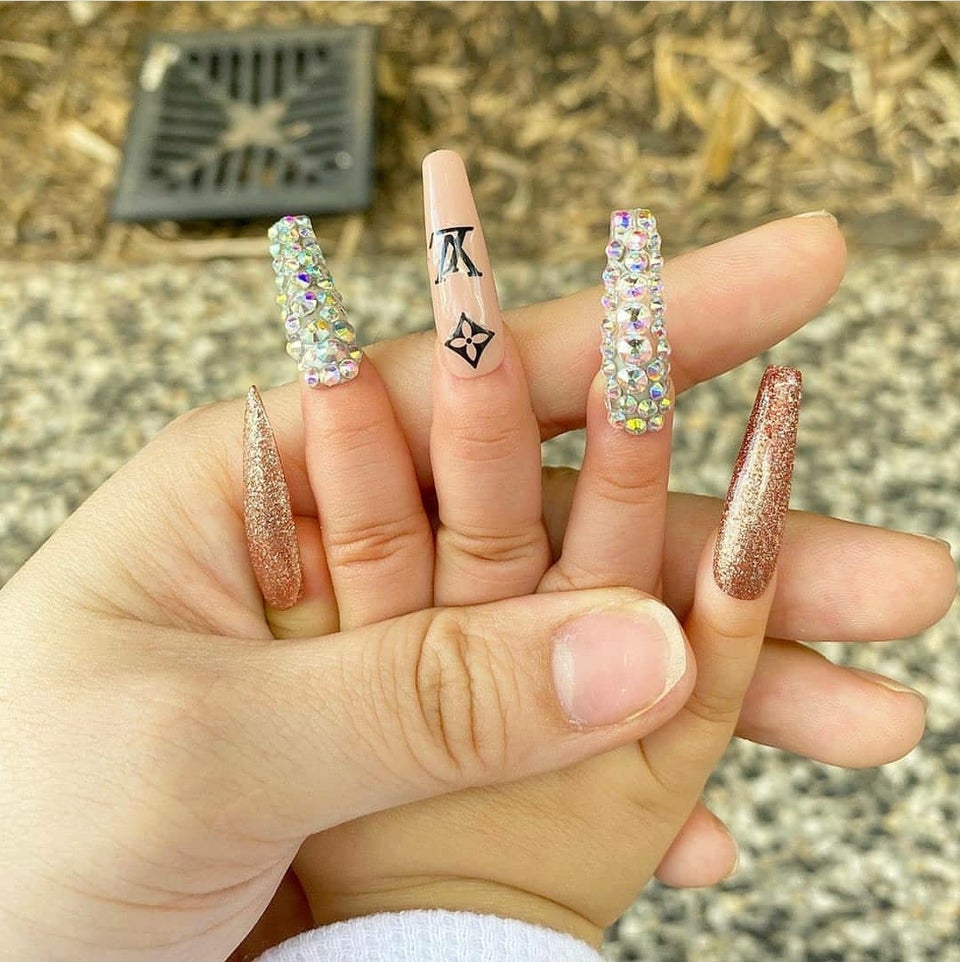 A mum has been branded “trashy” after sharing a snap of her toddler’s huge false talons onlineCredit: Reddit

The infant’s nails have been decorated with acrylic nails in a popular “ballerina” shape that are almost as long as the baby’s fingers themselves.

Each nail has been pain-steakingly decorated with gold glitter, diamantes or a Louis Vuitton logo.

Fellow Redditors were horrified by the tot’s style statement, sharing their outrage in the comments – but some suggested it could very well be photoshopped.

“I’m concerned this baby will poke her eye out,” said one concerned user.

This is how your child gets hurt

“I didn’t realize what was wrong until I saw the hand,” agreed another, with a third writing, “No, just no.”

Another wrote: “This is how your child gets hurt.

“Has this person never been around an infant before? The poke and prod every hole and orifice on their body.”

However, many speculated whether the nails were stick on and the mum was just having “a bit of fun” in lockdown.

The video was shared on the subreddit r/Trashy.

The group has over 2 million members and is described as a place for “trashy stories, trashy glamour, all things fake, plastic and downright trashy.”

In other parenting news, mums have been sharing funny memes of life in lockdown.

And this mum used her one-year-old daughter to recreate movie scenes… including some that are DEFINITELY not for kids.

Plus these parents pranked their kids by saying the tooth fairy can’t visit due to coronavirus but some said she’s an essential worker.