It’s not long now till Census Day on March 21. This is a survey of all the households in England and Wales, and it happens just once every ten years.

It’s a legal requirement to complete it, which you can do online using the access code sent to you by post. But there are also very good reasons to do it: by taking part, you will be helping make sure that your family and your community get the services needed now and in the future. We asked three ordinary mums from very different families what the census means to them and to their children… 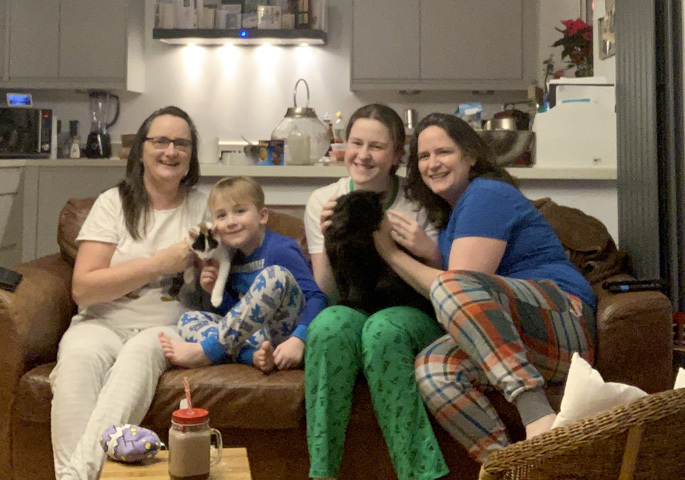 Teresa Millward: ‘I want to celebrate our family and all we’ve achieved’

“THIS is the first census that recognises families like ours – the fact that Helen and I are legally married and both mums to our children,” says Teresa Millward, 44.

She is excited that Census 2021 will be the first to ask about sexual orientation, and to recognise same-sex marriage. It also asks about gender identity.

“In my twenties I campaigned for same-sex marriage but never thought it would happen in my lifetime, so being recognised in Census 2021 is amazing. It’s important for our community to stamp our place in history and make our voices heard.”

Teresa always knew she wanted to be a mother. When she met Helen Brearley, now 57, volunteering on an LGBTQ phoneline in 2003, it was one of the first things she told her. Teresa started fertility treatment two years later, then the couple took a break to adopt 18-month-old Keira and baby Amber. They also launched a printing business from home so they’d be around 24/7 for their daughters.

When, in January 2014, Teresa heard that same-sex marriage was coming into law on March 29, she immediately rang Halifax Register Office and booked her wedding for that day. After the service, Teresa and Helen went to Shibden Hall – where Anne Lister, heroine of BBC One’s Gentleman Jack, lived with Ann Walker, the woman she considered her wife – to have their photos taken.

And, two months after they married, one of Teresa’s frozen embryos, implanted during her eighth round of fertility treatment, proved to be, as she describes it, “a little fighter, determined to make it”. On May 9, 2015 she gave birth to baby Hylton.

Teresa now feels blessed with her life in the West Yorkshire countryside: “I know lockdown has been horrendous for so many people, but I’ve loved having all this family time. We’re five minutes from the Peak District National Park – it’s been magical.”

Keira, now 15, recently moved to Shropshire to live with her grandmother while she studies sport at college. Sponsored by Wolverhampton Wanderers, she’s a goalkeeper and has trained with the England squad. Teresa is so proud of her – and her whole family. 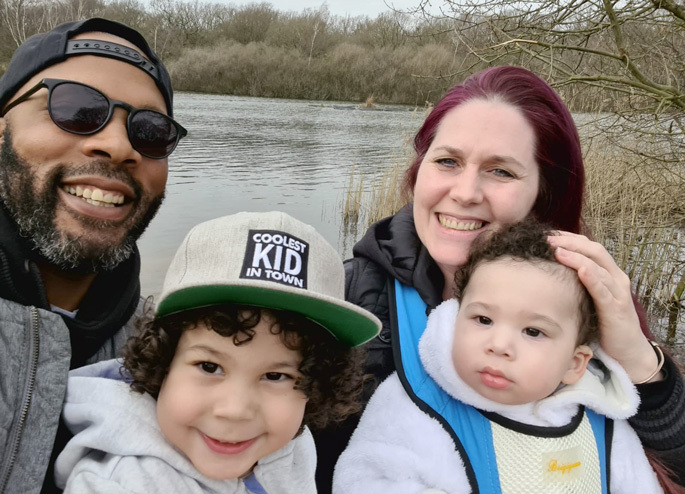 Sian Hassan: ‘We love living in a country with so many diverse families like ours’

SIAN Hassan, 39, a van driver, lives with husband Wayne, 41, a roofer, and their sons Kylo, three, and ten-month-old Odin, in Harlow, Essex.

“I’ve always filled in the census,” Sian says, “and we’re looking forward to taking part again this year.” It’s a way of marking what she calls her “biggest achievement as a family during lockdown”: the birth of her second son, Odin, in April.

“I’d been nervous about going into hospital, but I only stayed in one night and we felt lucky to all be healthy and well,” she says. “We’ve had our struggles, as have many families. Kylo’s entire world was turned upside down. He was going to a childminder before I went on maternity leave and was expecting to go back, but that never happened. He couldn’t understand why he couldn’t see his friends or go to soft play. On top of that, we had a new baby and Kylo was no longer the centre of our attention.

“It’s also been sad that Odin hasn’t been able to interact with other children and we feel he has missed out on a lot. We hope by the time the summer comes we’ll be able to make up for lost time. Odin is already a character – he is babbling and has a smile that lights up the world!

“It has been lovely having family time at home. Wayne does a lot of Brazilian jiu-jitsu and he’d usually be out several evenings a week. Kylo has loved having him around to put him to bed. We’ve had lots of meals together and plenty of precious time to bond as a family of four. Kylo is much happier now. He started preschool, which he loves, and will be off to big school in September.

“We’re just like any other family, trying to make the best of the situation. My grandad was Turkish Cypriot and Wayne’s family are from South America, so the boys have quite a mixed heritage. We love living in a country where there are so many diverse families like ours.

“The census is a great way to record the diversity of families and make sure society can meet everyone’s needs when it comes to things such as schools and healthcare.”

The census is a survey that happens every ten years and gives us a picture of all the people and households in England and Wales. By taking part, you will be helping make sure that you and your community get the services needed now and in the future. The personal information you give us in the census is kept safe and confidential by law.

Census Day is Sunday, March 21, 2021, but you can complete yours sooner. It takes around ten minutes per person to complete. 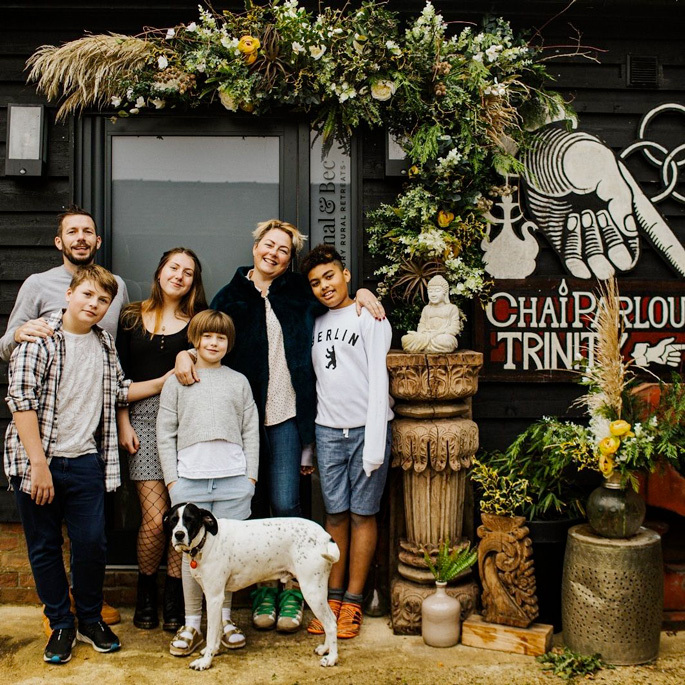 Vicky Saynor: ‘Listing my big, happy family will fill me with joy’

FILLING in the census is one of those milestones that makes you take stock of your life, like a big birthday,” says Vicky Saynor, 45. “I remember completing it in my twenties – I was newly arrived in London and everything felt so exciting. Ten years later, it was a different story. My marriage had ended – badly – and I was a single mum [to son Mylo], which wasn’t a path I’d expected to go down.”

Another ten years on, Vicky’s in a different type of family altogether – another unexpected development. “I grew up in a stepfamily and it was miserable, so when I spotted Chris on a dating website in 2013 I wasn’t sure about the fact that he had his three children [Poppy, now 15, Felix, 12, and Willow, nine] living with him,” she says.

Still, they met for coffee, and they clicked. A week later, Chris took Vicky on a posh date to a cabaret and, a year later, they bought a house together and started a holiday lets business.

“The first 18 months were challenging in terms of parenting,” Vicky says. “Then all the tensions erupted in one almighty row and, afterwards, something shifted. Now Felix and Mylo are best mates – playing in the woods, on the Xbox, walking Hendrix [their rescue pointer].”

In June 2018, Chris and Vicky married. But three months later, at Heathrow airport and about to depart on honeymoon to India, Vicky found a lump between her breast and collarbone. “I spent our ten-day honeymoon in terror. We landed back at Heathrow at 7am – I was at my GP’s surgery at 11.”

Vicky had a lumpectomy, then six months of chemo during which she lost her hair, and radiotherapy. “We pulled together as a family to cope,” she says. “The kids ran cake stalls for cancer charities. I imagined going through chemo as a single mum – horrendous.”

Now Vicky’s looking forward to Census 2021, which will help decision makers plan for education and healthcare needs such as Vicky has benefited from: “Listing my big, happy family will fill me with joy.”