A HORRIFYING video has revealed why you should never put anything in your baby’s cot.

The clip was shared on the TikTok account Safesleepabc, and shows the moment the infant pulls a comfort blanket over their face and begins to suffocate. 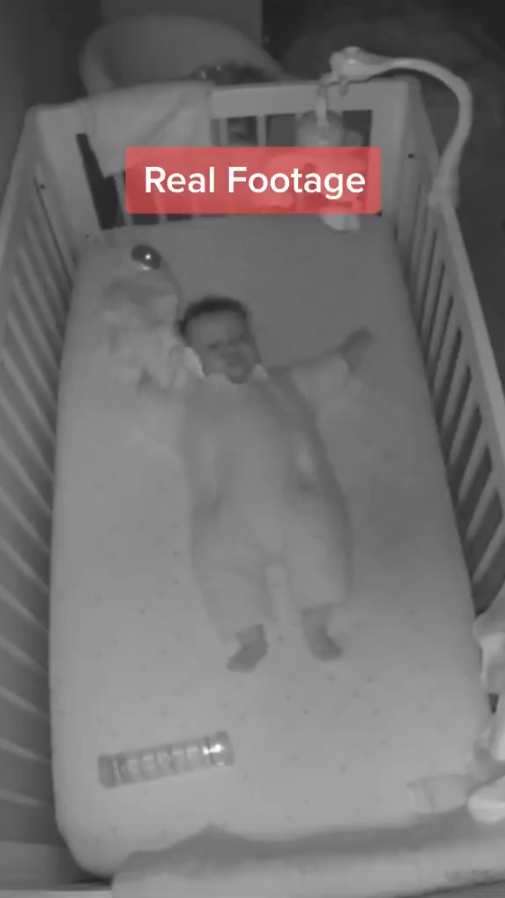 Terrifying footage has revealed why you should never leave anything in your baby’s cotCredit: @safesleepabc/TikTok

The distressing footage sees the tot struggle, unable to remove the blanket from their face as it blocks their airways.

The video is captioned: “Do not leave ANYTHING in your baby’s sleep space.

“Thankfully this baby’s parents got there in time.”

But the account was quick to warn others that some babies won’t be so lucky. 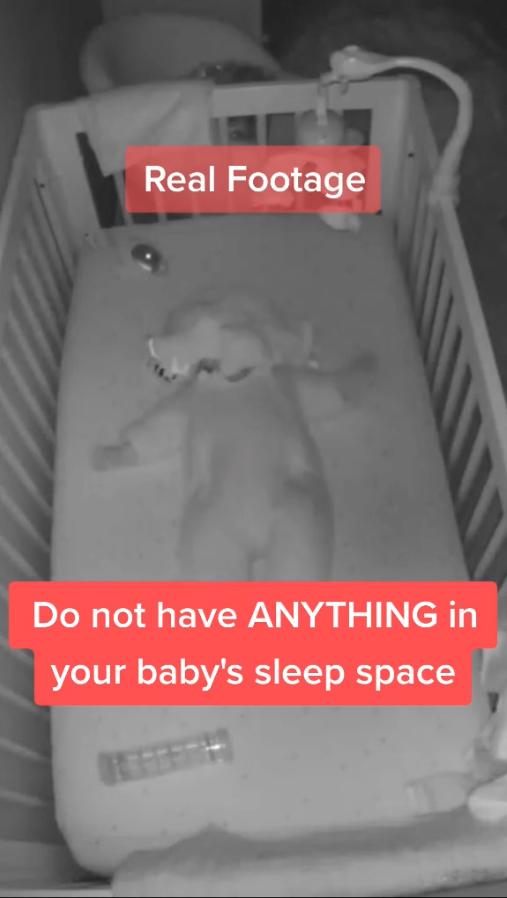 The distressing footage sees the baby pull their blanket over their faceCredit: @safesleepabc/TikTok 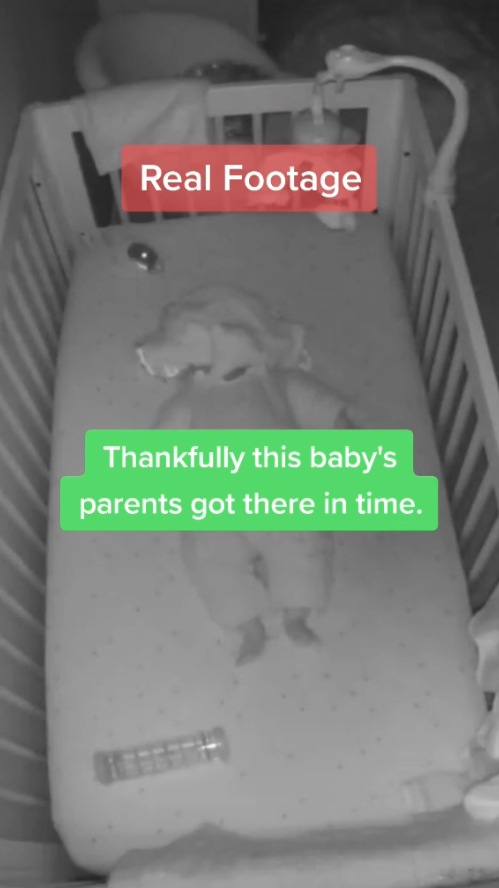 Luckily the baby’s parents got there just in timeCredit: @safesleepabc/TikTok

The shocking video left parents reeling, with many agreeing that they felt “sick” after seeing the footage.

The Lullaby Trust recommends parents avoid using cot bumpers or leaving toys in a cot, saying a simple mattress in the cot with no loose bedding or bumpers is the safest sleeping place for a baby.

To reduce the risk of cot death or sudden infant death syndrome (SIDS), babies should always be put to sleep on their backs.

Parents have also been urged to avoid placing canopies over cots for the very same reason.

Dr Ruth Barker, a paediatrician and director of the Queensland Injury Surveillance Unit told the MailOnline: “I’ve treated a baby who used a mosquito net to pull up to stand, and ended up wrapping it around her neck.

“Luckily, her mother came into the room and found her dangling from the net before it was too late.”

In other parenting news, this kids sleep calculator reveals when your little ones should go to bed.

And this woman was blasted for the bizarre list of baby names she liked for her little girl, including Craig.

Plus this paramedic revealed four household items which could cause your child to DROWN as she begged parents to take note.