A MUM whose husband agreed to change one nappy a night when they became parents has been left frustrated that she now has to nag him to even do that.

The woman took to Reddit’s Am I The Asshole? forum to explain her situation, revealing that she was posting at 3am after just getting their seven-month-old back to sleep.

A woman took to Reddit to complain that her husband only changes one nappy a night – that she has to nag him to doCredit: Getty

Offering some context, she added: “We had a rule that we both agreed on that after my husband finished work he would take on all the nappy changes.

“This rule did not last long and has now turned to, change one nappy overnight.”

The mum is a registered nurse, currently on maternity leave, and changes “at least 99%” of their daughter’s nappies.

“The rule we once had has changed to if our baby wakes up in the middle of the night and isn’t settled after her breastfeed, I’ll wake him up to change the nappy, since he now does no nappy changes after work,” she continued.

“Issue: it’s 0230am and our daughter has had a feed, normally she settles and goes straight back to sleep, but due to her teething, she decided to roll around everywhere instead.”

She woke her husband to tell him that she was awake, at which point he asked if she needed painkillers.

When she said yes, he asked what she wanted him to do about it, which prompted her to snap back “I’ve only given you one job!”

“My husband gets irritated and said ‘well say that, I can’t read your mind!'” she continued.

“I said, ‘you don’t have to read my mind when you only have to do one thing!’

“And he replied with ‘well fine, from now on, I’ll only do this one thing and that’s it’.

“I said ‘good! That’s literally the ONLY thing I can get you to do, since you’ve gotten out of all the other nappy changes!’

“He is now snoring next to me as it took me an hour to settle our daughter.” 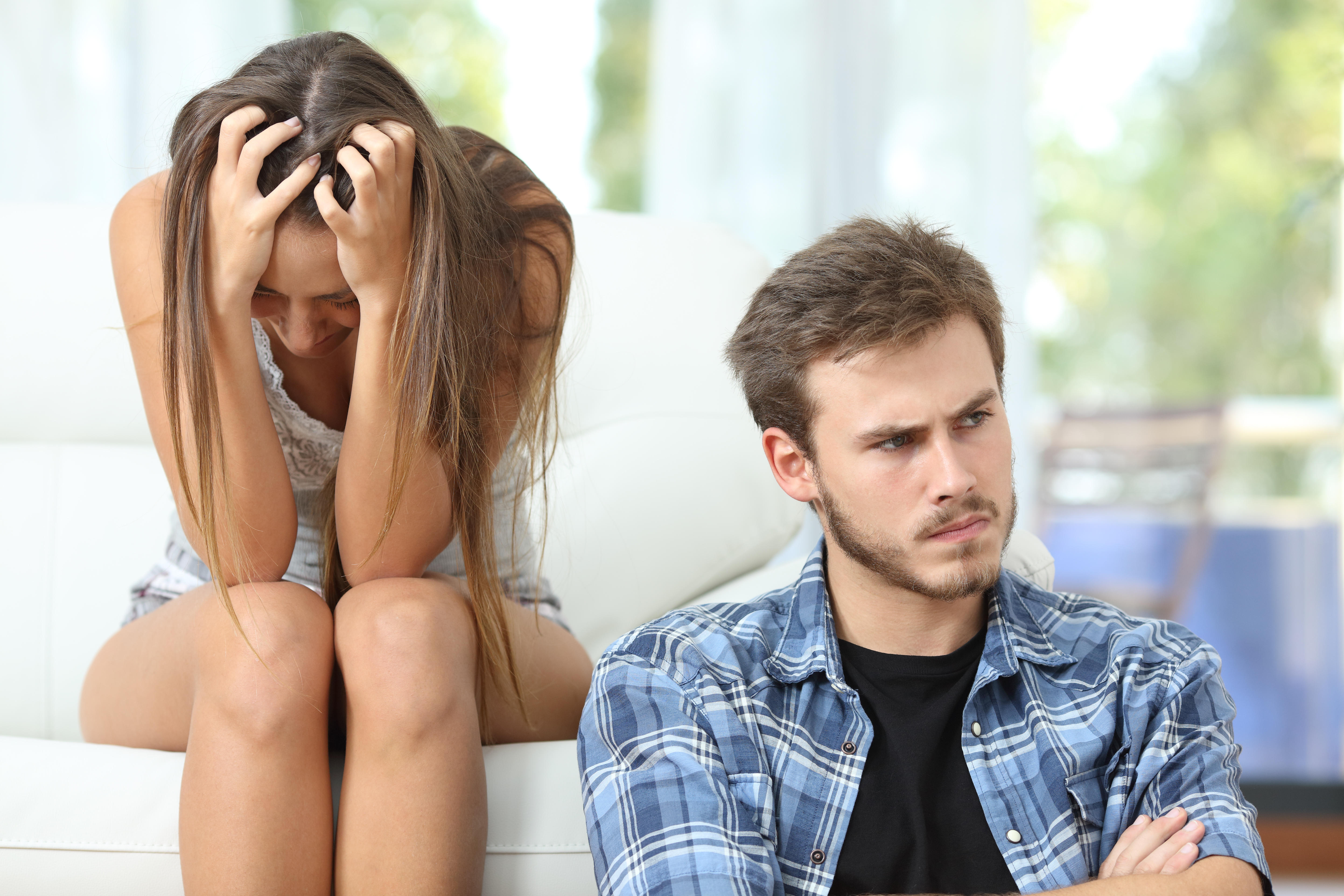 The pair have been arguing about the situationCredit: Alamy

Questioning whether or not she was in the wrong, the woman explained that her husband wants her to “ask him politely to change the nappy”.

“It’s not like I’m shaking him awake and screaming, she’s awake!” she added.

“I gently pat him and tell him that his daughter is awake. But I feel, if you only have one job, why do I have to verbally say, change your daughter’s nappy?”

Concluding her post, she wrote: “He is otherwise, a great dad, cleans and helps make dinner, plays with our daughter etc.

“It’s just struggle street to get him to change nappies, despite how much we have discussed it, he will get better and then fall into old habits.”

The majority of people insisted the woman wasn’t in the wrong, with one writing: “

“My wife used be standing at the door with our youngest when I got home from work. Her shift was over, mine was just starting.

“Definitely NTA (not the asshole). You don’t only get to do the fun part.”

Another added: “I stand by the window waiting for my OH (other half) hand him the baby so I can have half an hour to myself before the bedtime routine.

“To be fair during the week that half an hour is literally the only thing he does bar bath our son so if he complained I think I’d blow up.”

And someone else added: “I find that sitting the baby in the wet nappy directly on their face gets them up right quick – dad even made a basket for next to the bed so he can change the nappy without getting up.

“But it took a couple midnight diapers to the face, one of them might have been a little more than wet.”

In other parenting news, this woman has courted controversy by insisting that “breastfed is best”.

This 29-year-old mum of eight is pregnant again, probably because she never uses contraception.

And this mum was left fuming because her husband wanted to name their daughter after a root vegetable. 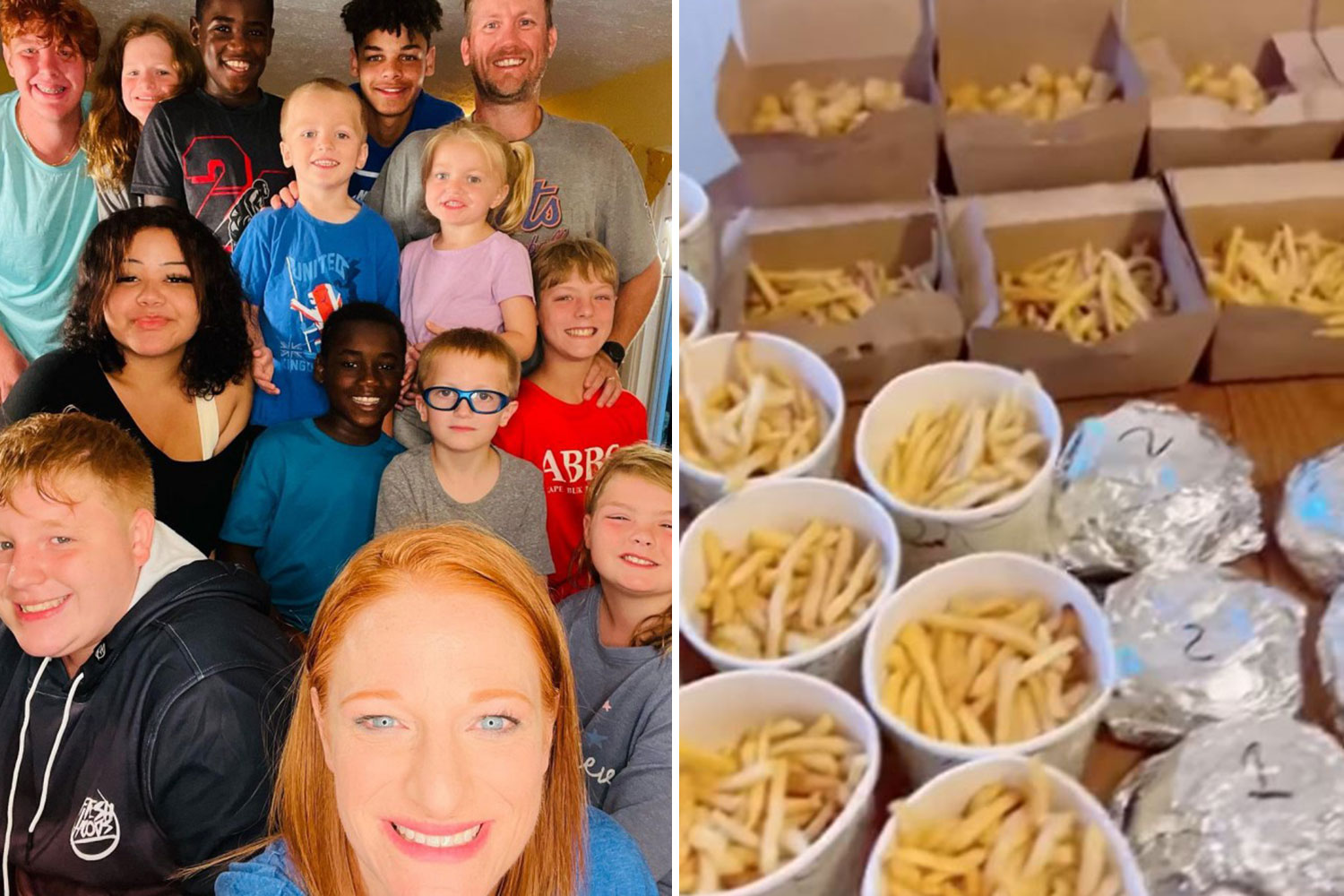