A MUM has come under fire after revealing that she threw away his toys when he refused to clear them up.

TikTok user Tabatha Marie revealed that she settled on the punishment as she refuses to raise “disrespectful men.” 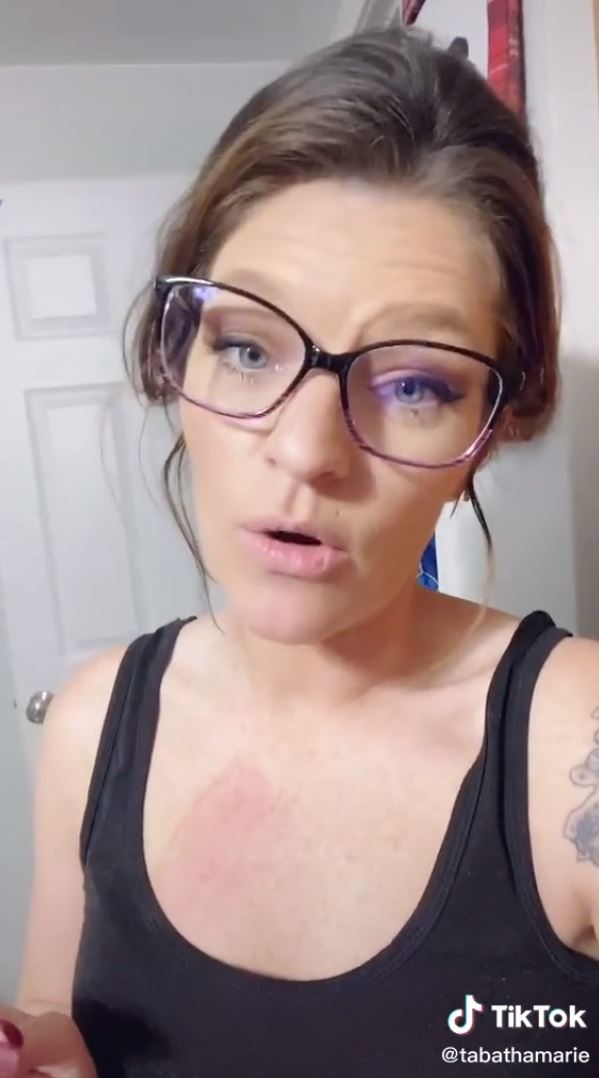 Tabatha Marie has raised eyebrows after revealing that she threw all of her boy’s toys away when he refused to clean his roomCredit: Tiktok/@tabathamarie

In the clip she films her five-year-old’s incredibly messy room, with toys strewn across the floor.

Speaking in the video she said: “When you ask your child for two days in a row to clean his room and his response is ‘no you clean it mommy.’

She then films herself bagging his toys into bin bags with the caption, “Trash here we come.” 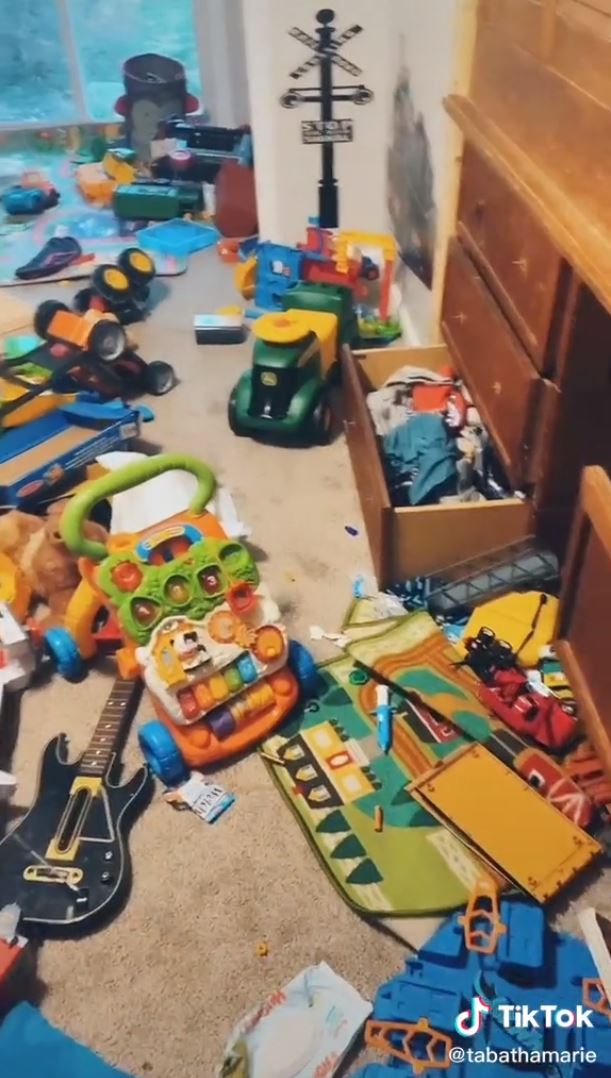 She had asked her son to tidy his room for two days straightCredit: Tiktok/@tabathamarie 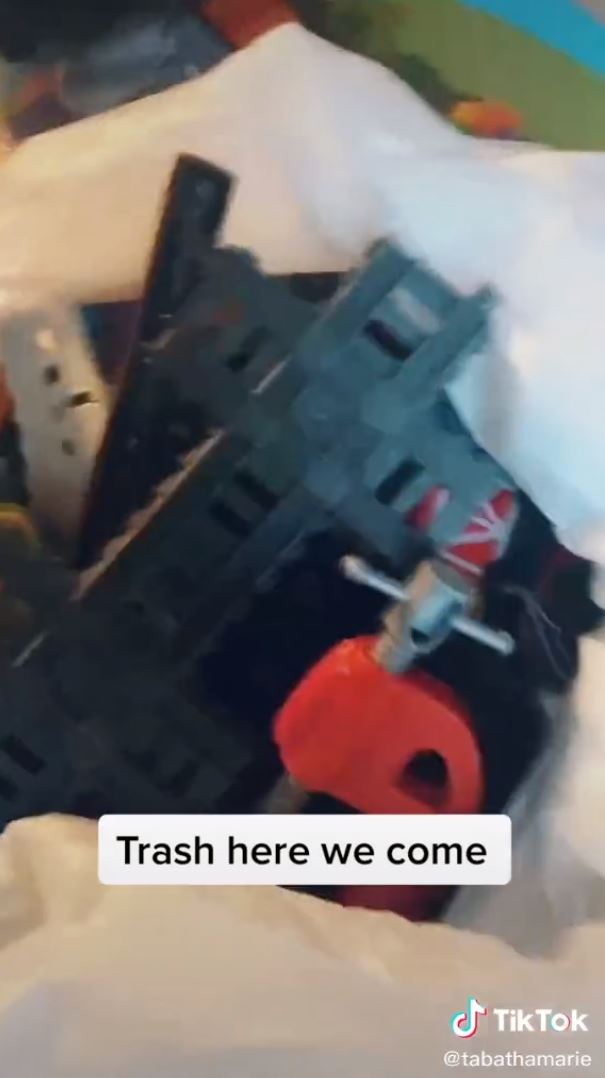 When he told his mum to do it she bagged the toys up ready to go in the binCredit: Tiktok/@tabathamarie

She adds: “Momma is not raising disrespectful men. It is not a ‘mommies’ job or a ‘womens’ job to do anything (sic).

“You make the mess, clean it up. You see momma struggling, help her. Don’t sit there and let a woman struggle periodt (sic).

“My babies will learn this quickly.”

Tabatha admitted that the ‘extreme’ approach was difficult, but she was determine to teach her son a lesson. 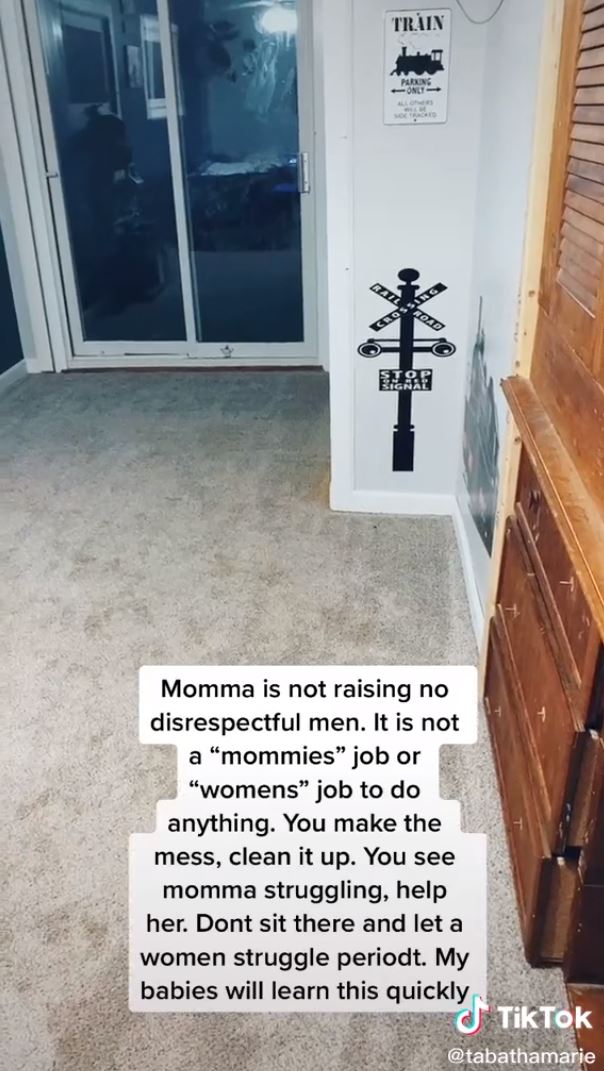 She wanted to teach her son a valuable lessonCredit: Tiktok/@tabathamarie

“I hated seeing the look on his face when he seen his room. It hurt me just as much but my babies will not be disrespectful (sic),” she added.

Her approach divided opinion, with many parents left horrified over her ‘cruel’ punishment.

Commenting on the post, one wrote: “That big mess is overwhelming for a child.”

“Could have just helped him and showed him how to,” said another, while a third agreed, “He’s too young, you have to help to direct him.”

However, there were a few mums who were all for her tough love approach.

One wrote: “Good job mom! People who don’t agree also have kids that don’t respect anyone, including their parents.”

A second added: “I think this is awesome.”

In other parenting news, this super organised mum sets 12 alarms a day & schedules play time for her daughter, four, to military precision.

And a mum let her son, TWO, make his own dinner from scratch – chopping veg & boiling pasta – but insists it’s not dangerous.

Plus this mum made a chore list to trick her kids into doing jobs and says her house is the cleanest it’s ever been.