A CRAFTY mum has turned her wasted cupboard under the stairs into an epic Harry Potter-themed movie and chill out room.

Donna Campbell, from Australia, said the room was previously “abandoned” but is “getting good use now” thanks to the magical makeover. 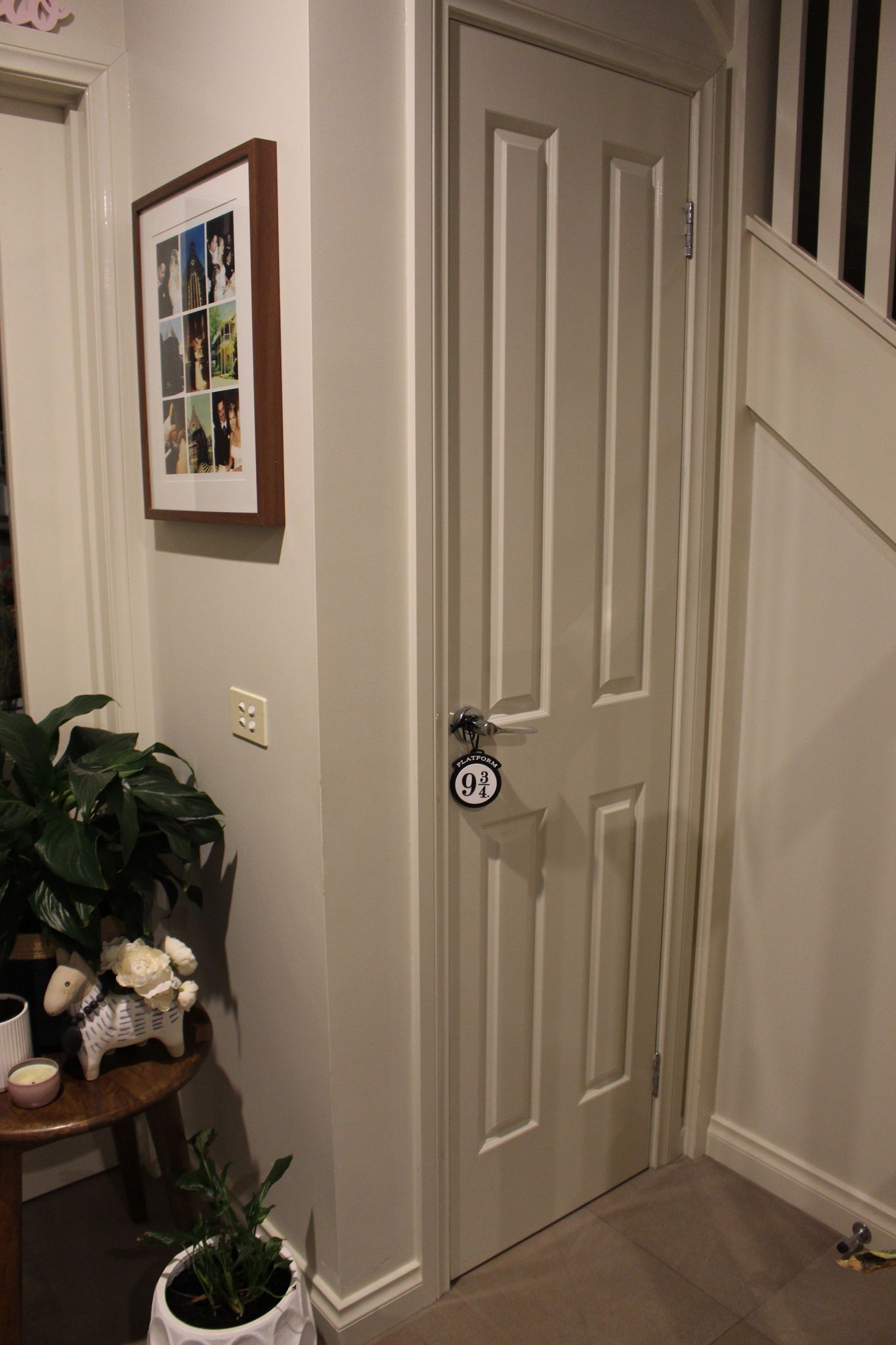 Donna Campbell, from Australia, turned the cupboard under the stairs into an epic Harry Potter-themed movie and chill out roomCredit: Supplied 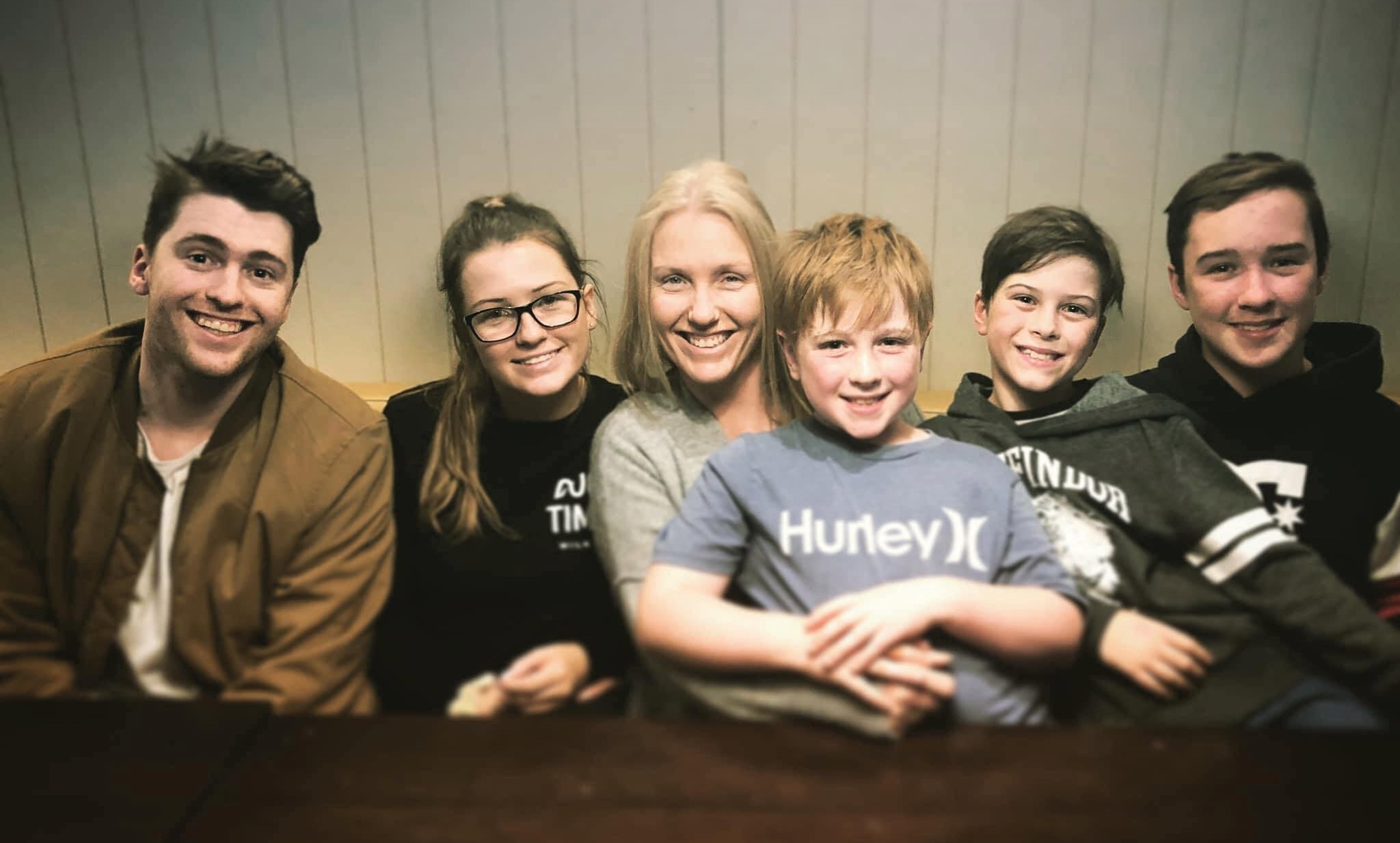 The new space was transformed during lockdown as the mum was keen to create an “escape” room for her kids.

Now, it’s being used as a “reading and Netflix space”, and also a “chill-out zone” – and people are obsessed.

The cupboard-turned-movie room has been decorated with Harry Potter merchandise and recurring themes from the whole franchise.

There’s the easily recognisable sorting hat, wizard wands and potion books, as well as popular words and phrases scrawled across the walls. 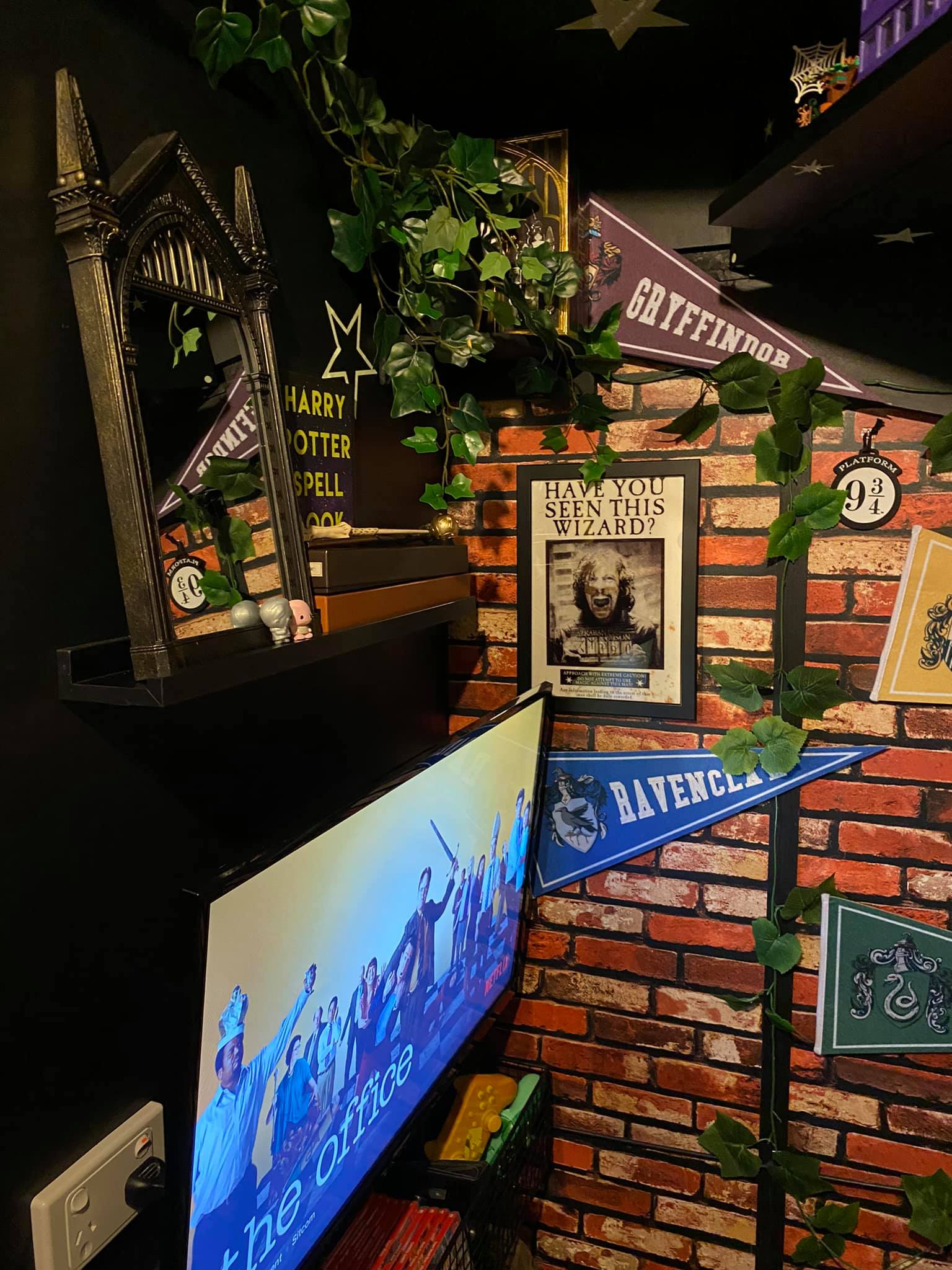 The spaced is decked out with a TV so the kids can watch Netflix in peaceCredit: Supplied 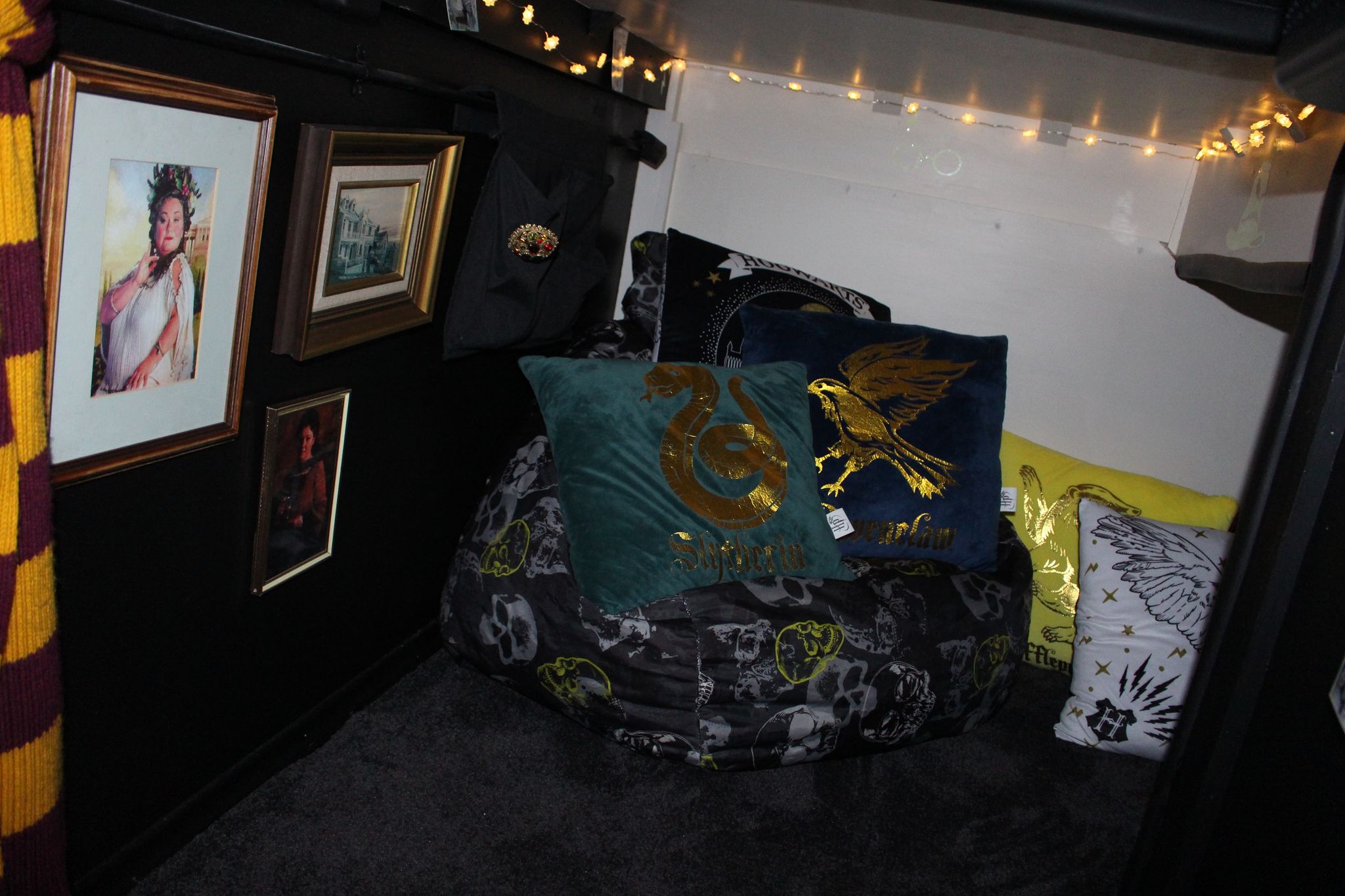 There’s a comfy bean bag and pillows and is decorated with Harry Potter memorabiliaCredit: Supplied

Harry’s owl, Hedwig, is also perched in front of a glow-in-the-dark moon and the villain from the third book, Sirius Black, even features in a wanted poster.

Fans of the franchise were seriously impressed as the mum showed off her handiwork online.

“This is fabulous,” said one woman.

“I am fan-girling, I need this,” said another.

And a third wrote: “This is awesome, I would never see my child if this was at our place.” 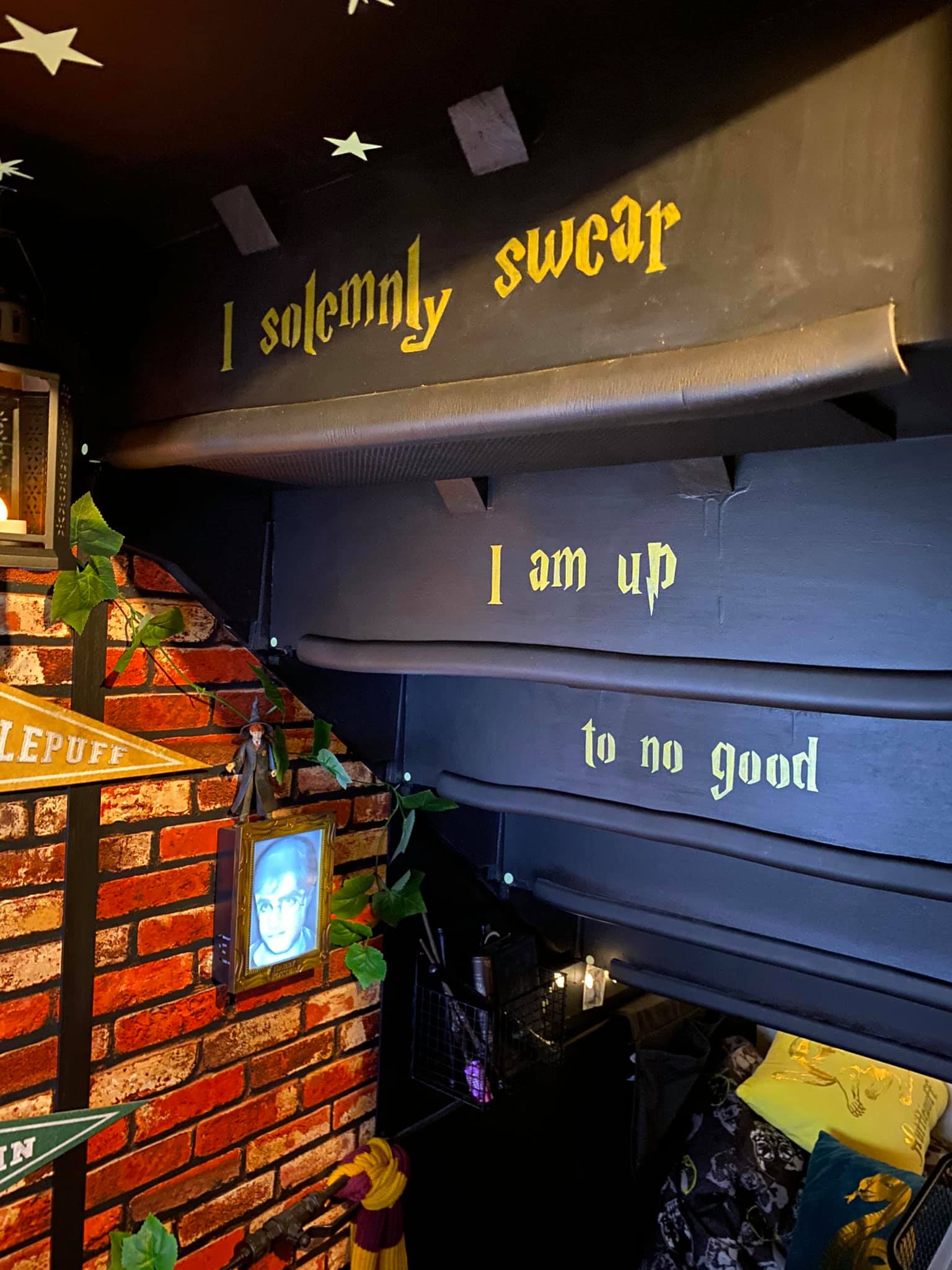 The stairs and walls are decorated with Harry Potter-themed wallpaper and quotesCredit: Supplied 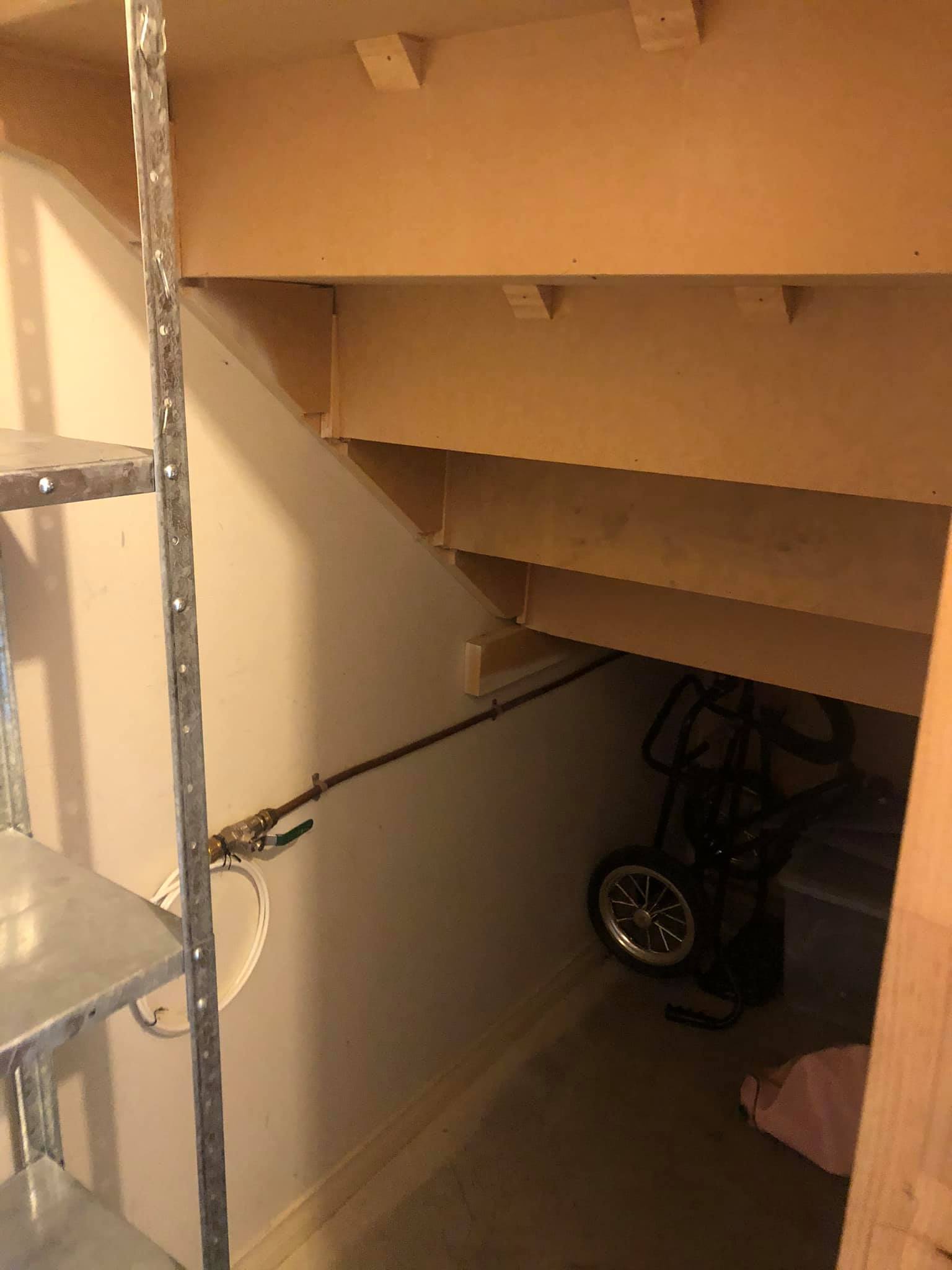 The space was empty before and wasn’t being usedCredit: Facebook 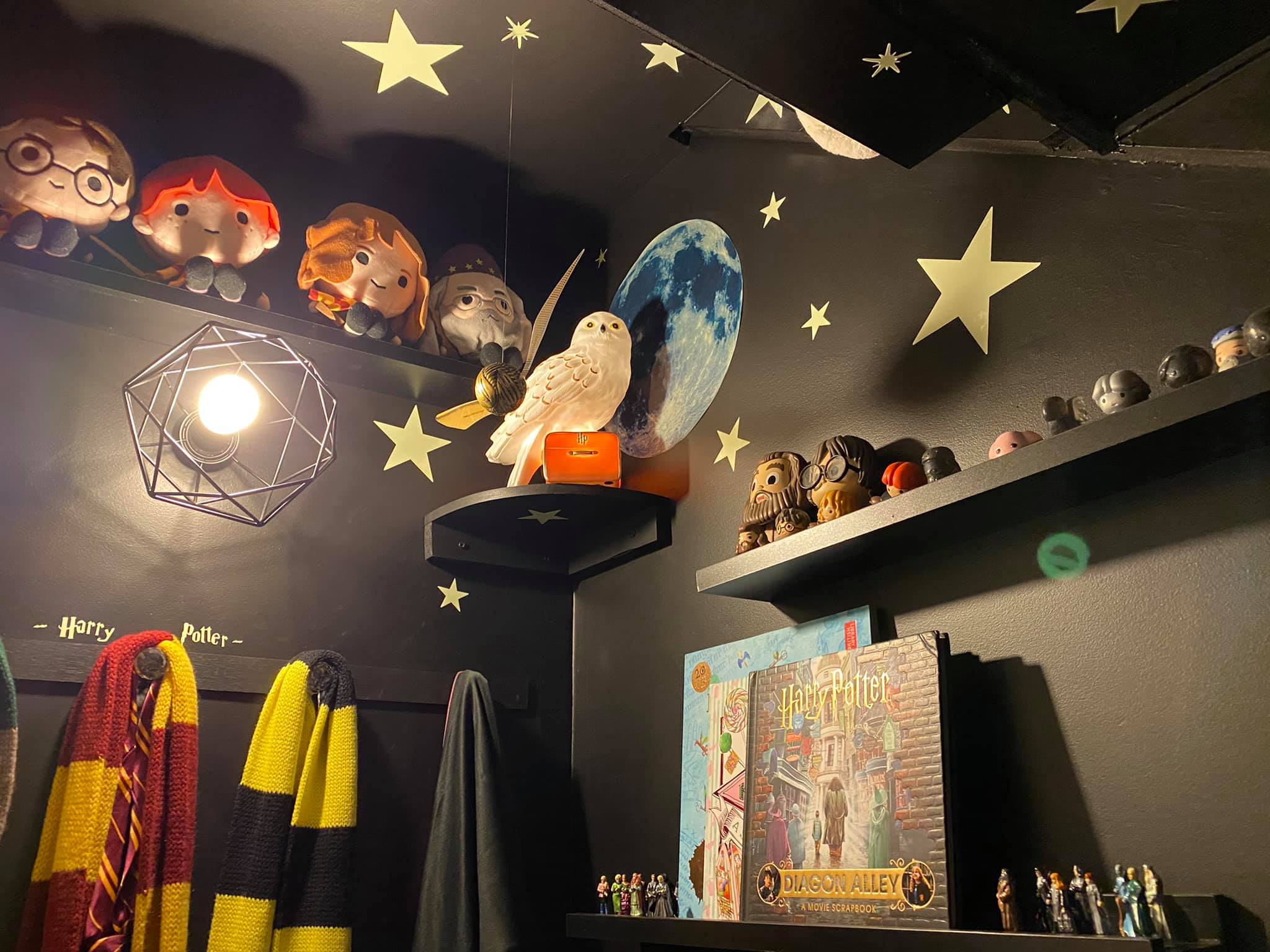 The family has been collecting Harry Potter merchandise for yearsCredit: Supplied 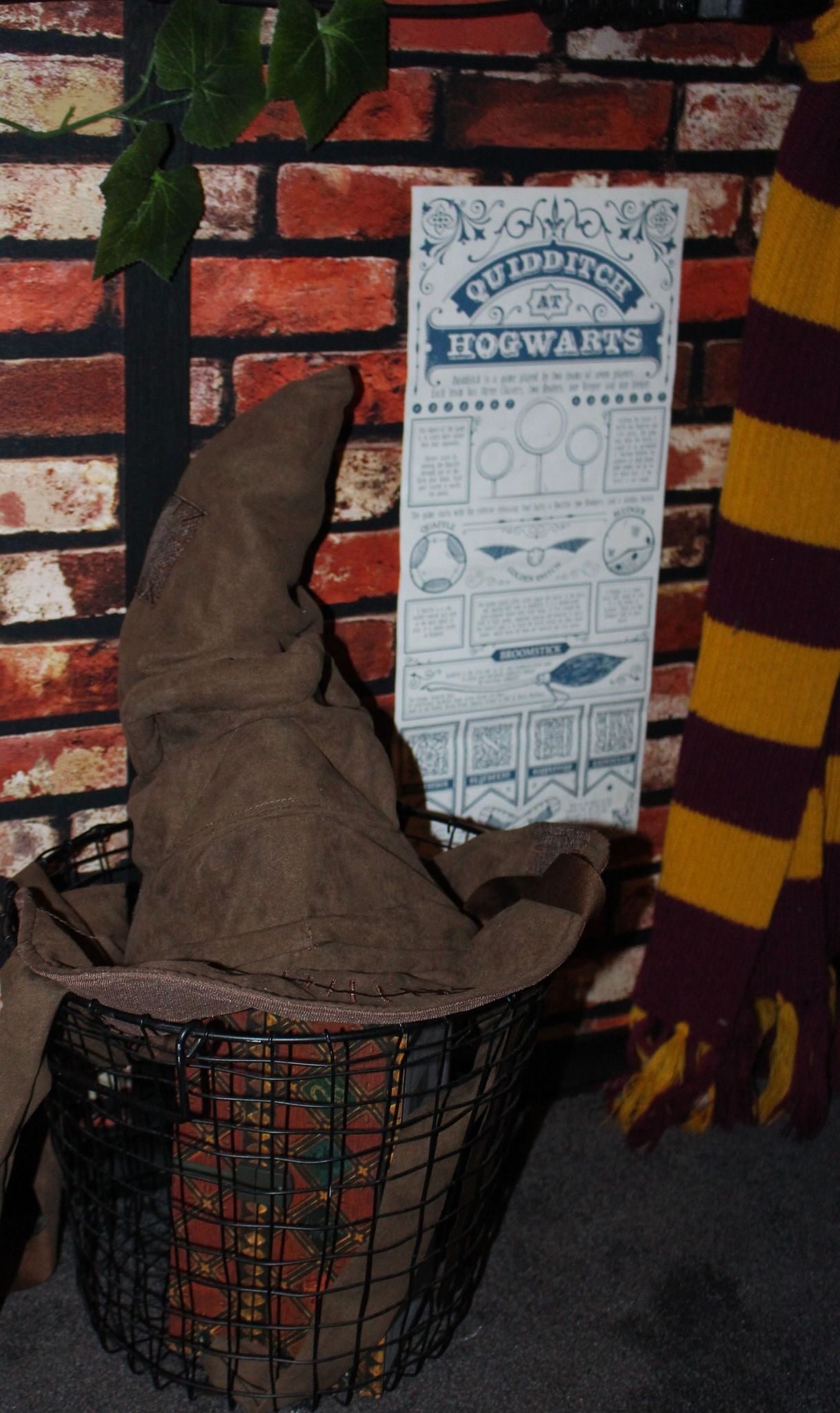 They finally have a room to keep it all togetherCredit: Supplied

Many parents said the new space was the perfect area for “little Harry Potter fans”.

As one joked: “I am not letting my ten-year-old see this. She will want to move in with you.”

The mum revealed that she’d picked up most of the bits she needed from her local hardware store and that it was pretty easy to do.

She told Fabulous: “It was actually my two youngest children who came up with the idea. My husband and I have five children and a five month old granddaughter, and they were all at home with us through each of Melbourne’s three lockdowns.”

She added that the youngest two boys share a bedroom, so they wanted an area where they can “take turns and retreat there when they needed some alone time.” 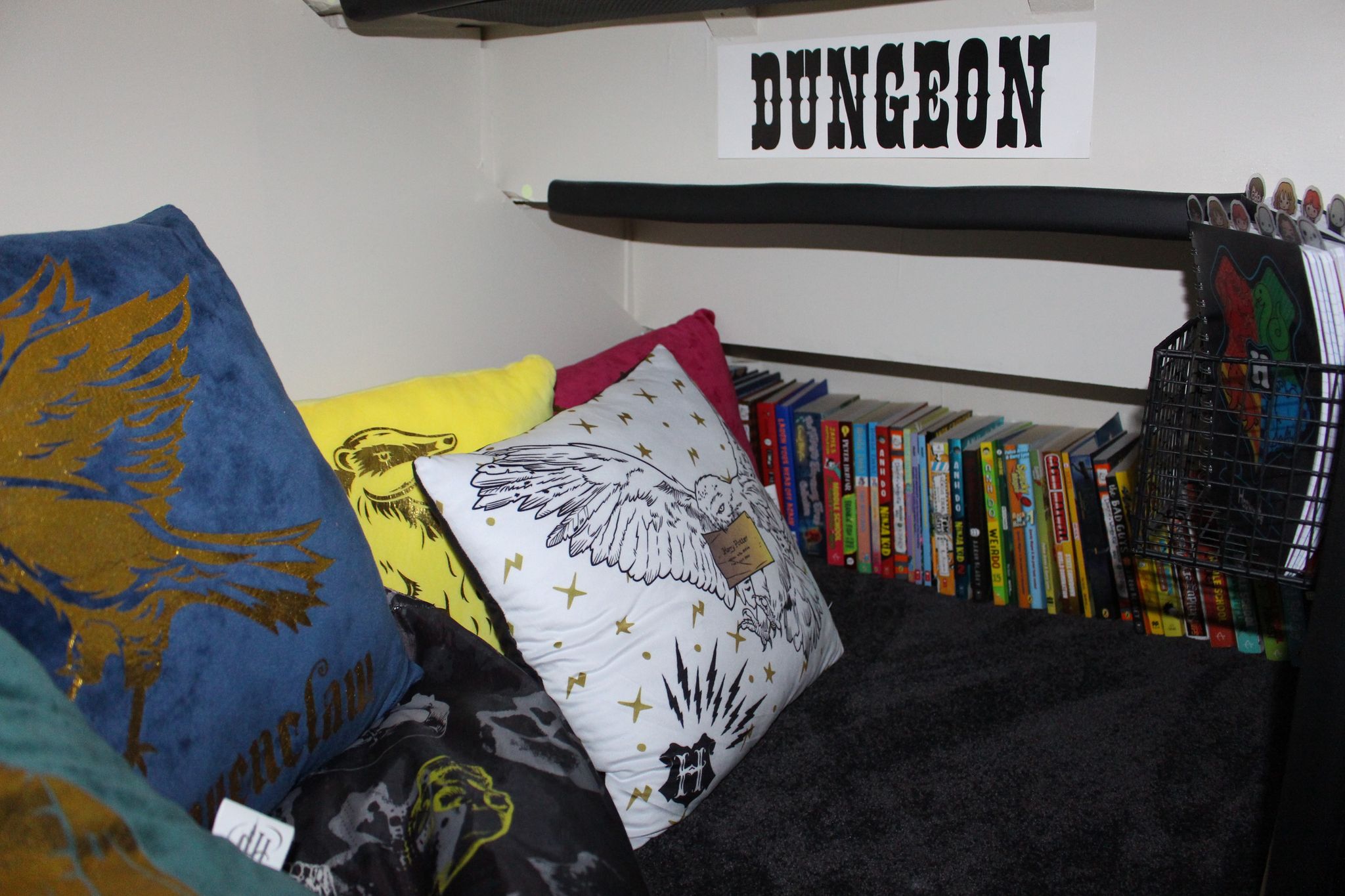 The space is also a great reading room for the kidsCredit: Supplied 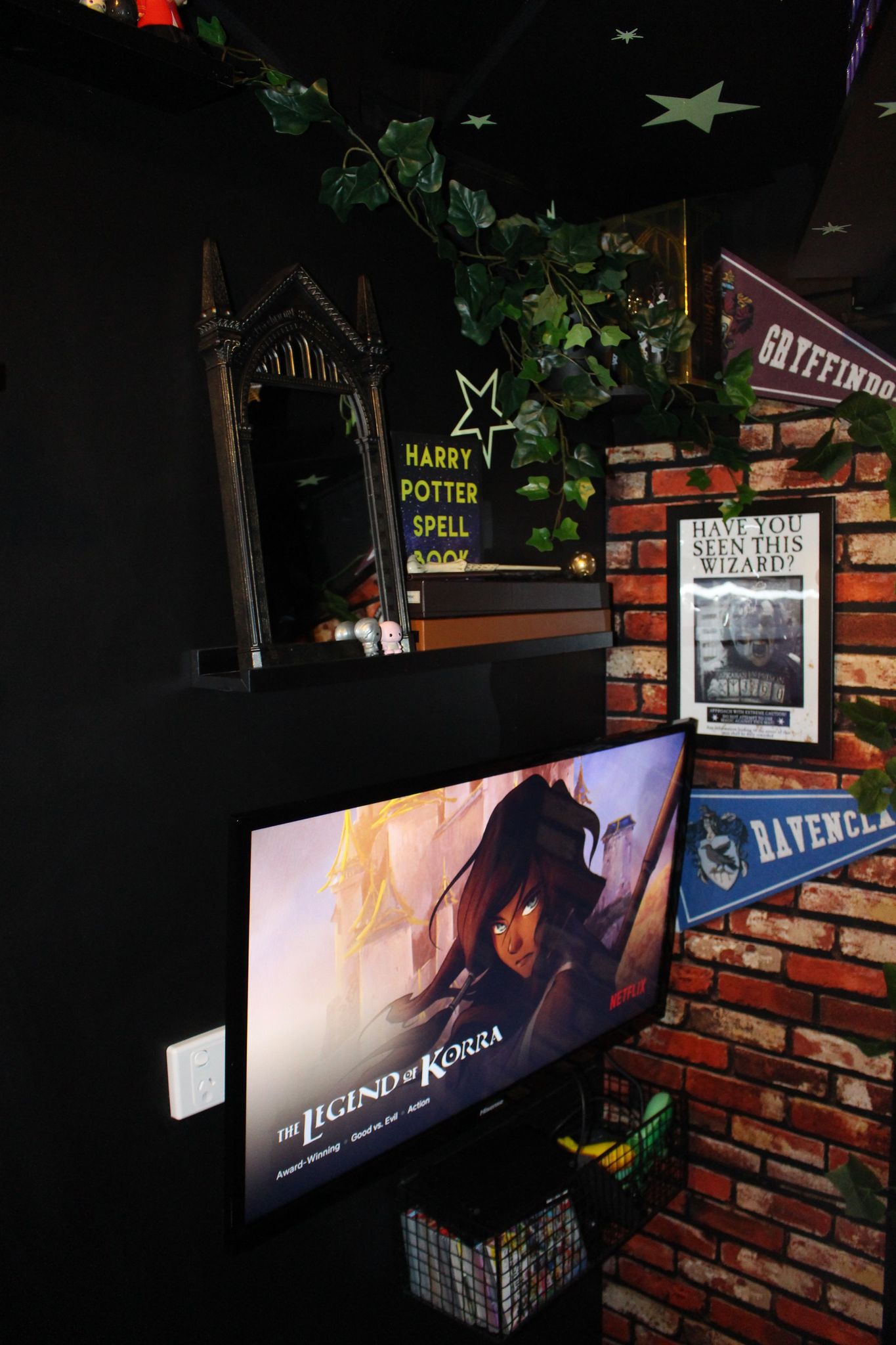 The family is seriously impressed with the finished look and love spending time in thereCredit: Supplied 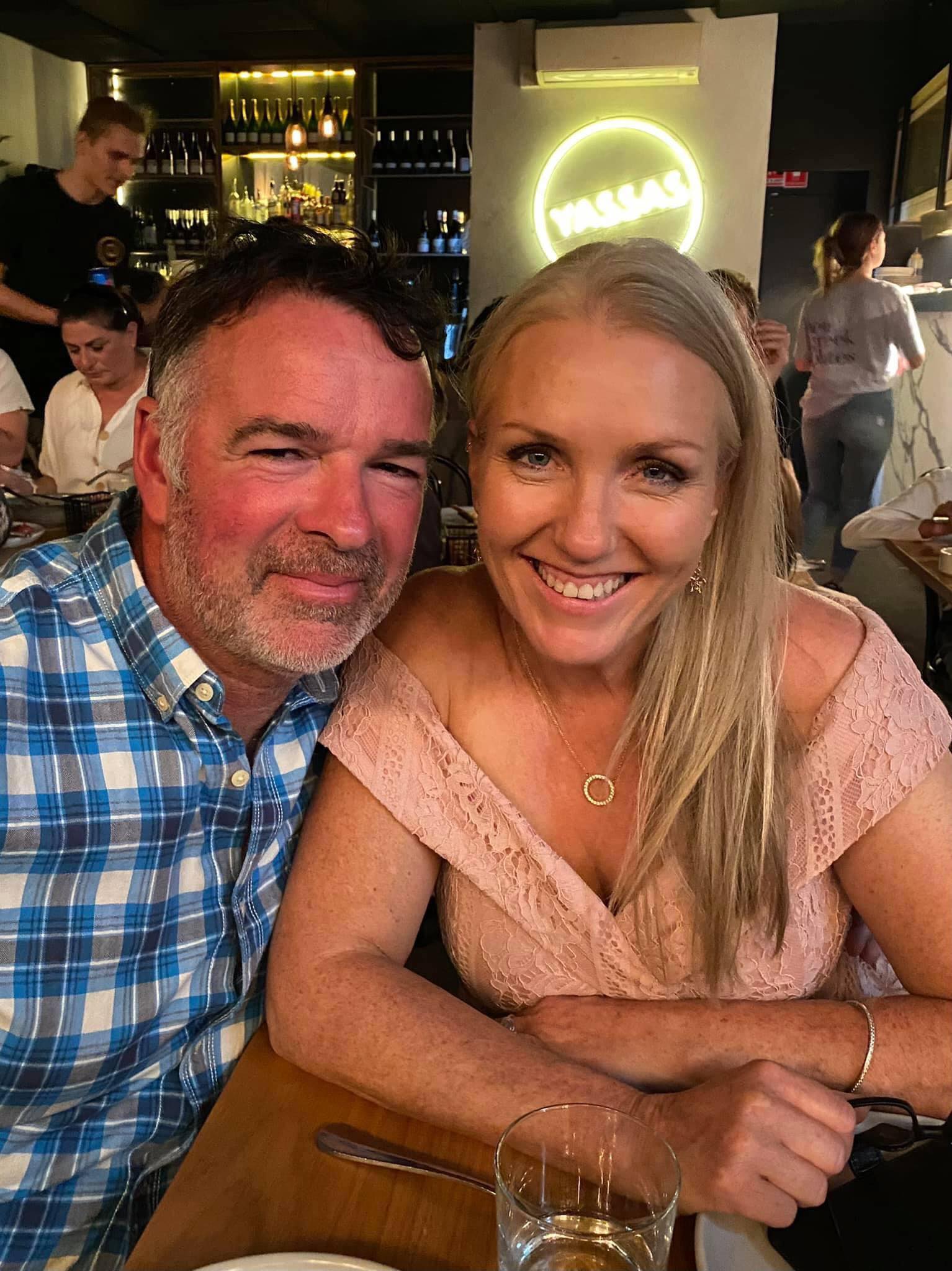 Luckily, all of her kids are Harry Potter fans, and it was actually their idea to transform the cupboard.

A lot of the merchandise used had been collected over the years, so “creating a Harry Potter themed under-the-stairs-space just made sense to all of us”.

Donna added: “I’m so happy with it. and I’m really proud of what I’ve achieved with hardly any help from anyone. My daughter’s partner put in the television and carpet for me, but I did everything else myself.”

The kids were pretty chuffed as well – even the grown up ones.

Donna said: “They were so excited when I finished. They have been bringing in their friends and our neighbours to show them, and it’s the first place they go to when they come home from school.

“I found my 16 year old in there late one Saturday night watching Netflix and I also discovered my 26 year old medical student and his 24 year old psychology student girlfriend in there cuddled up under blankets and watching Stan! They all love it!”

For more DIY ideas, this woman shows off stunning cupboard-under-the-stairs storage her dad built in a week & people love what she’s using it for.

And people are turning cupboards-under-the-stairs into playrooms, gaming dens & even DOG beds, here’s how to do for cheap.