PIZZA is a firm favourite in many households, but kids and adults alike often disagree when it comes to which flavour tops the rest.

But rather than have fussy kids squabbling over which variety to have on any given night, one mum has a genius trick up her sleeve which means nothing goes to waste. 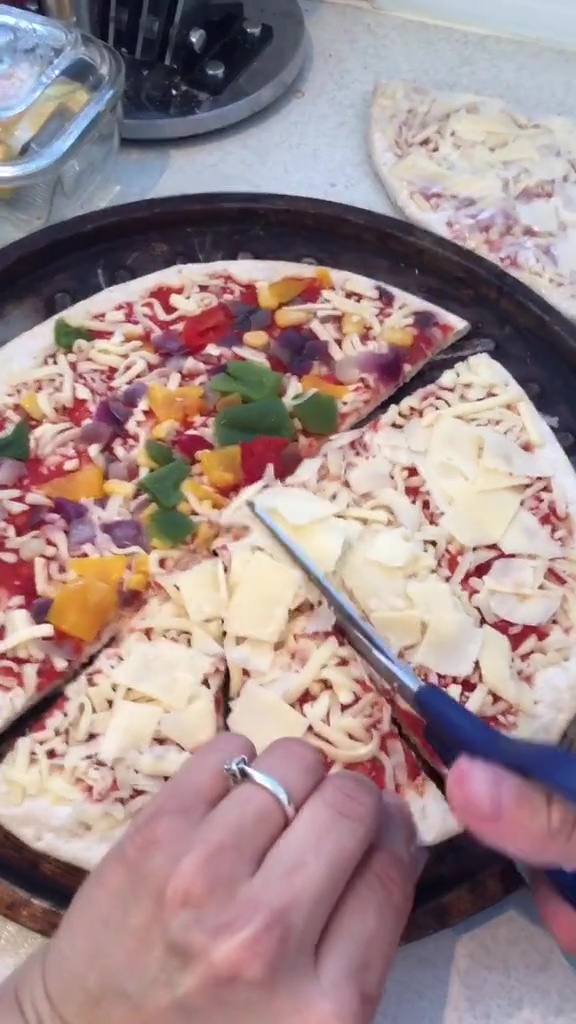 She also shared a way to make serving quicker and easier by cutting slices BEFORE cookingCredit: Tik Tok

You see, rather than putting on extra frozen pizza just to give your little ones the flavour they want, the clever parent uses scissors to cut two pizzas in half.

That’s right, straight out of the box while still frozen, the clever mum cuts two pizzas in half and joins them on the pizza tray ready to pop into the oven.

This way, she only has to cook half of each while saving the rest for another night – and the scissors work a treat.

But in the clip posted on the Twinkle Parents TikTok page, the mum took it a step further and showed a clever way to serve as well.

Still with the scissors in hand, she uses them to cut individual pizza slices, which is much easier than trying to cut through it once it’s cooked.

The clip proved pretty popular with other parents looking to feed their hungry kids with ease.

“Cut before… genius,” one parent wrote.

“Wait, wait, wait.. cut before? This is genius,” said another.

Other parents said the simple hack has “changed my life” while many said cutting the pizza first makes the edges really crispy – so it’s a win win, really. 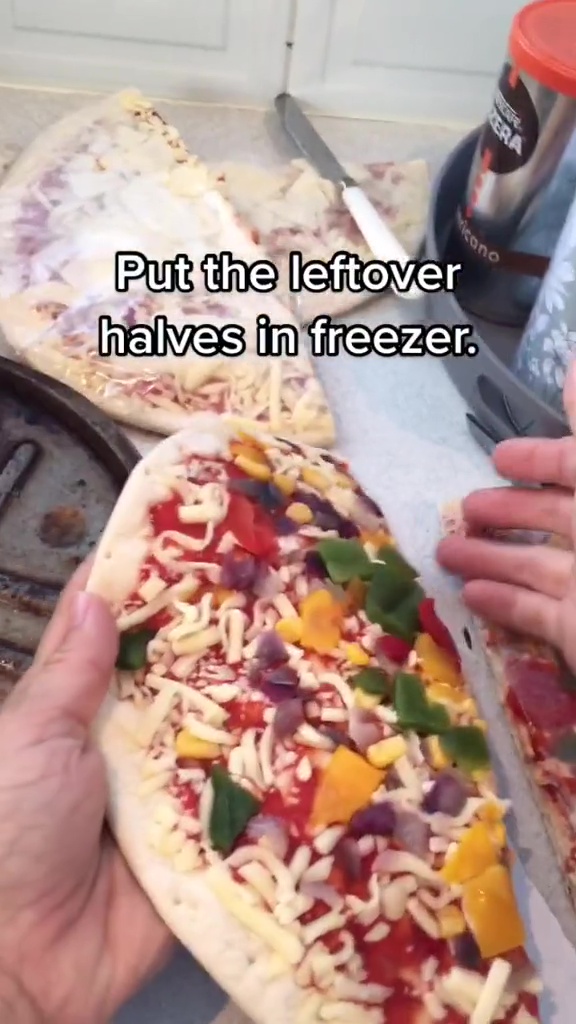 The hack means no waste and the rest can be left for another mealCredit: Tik Tok 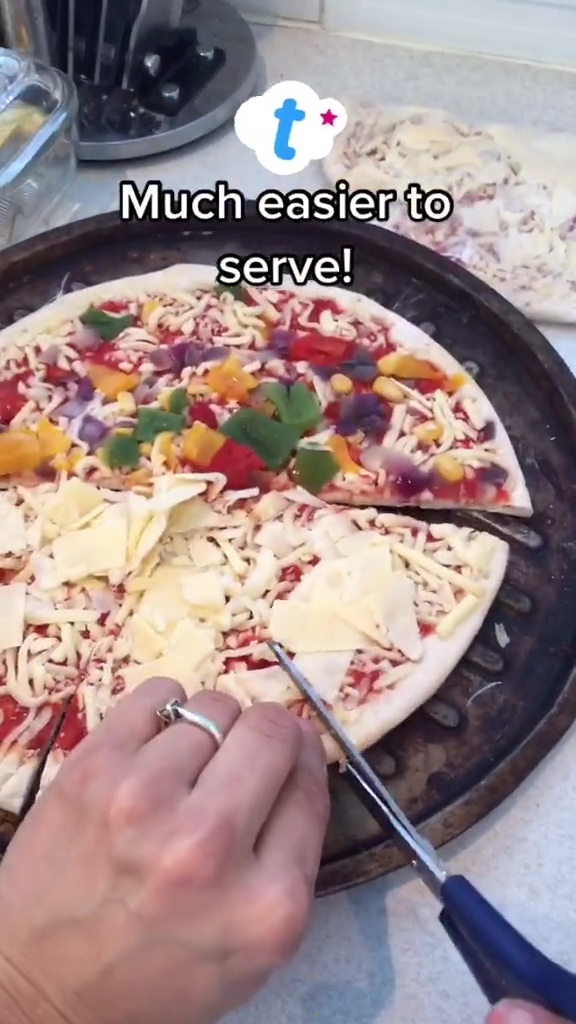 Other parents raved about the genius hackCredit: Tik Tok

For more clever hacks, this mum shows how to cut her daughter’s fringe in seconds – and people don’t know whether to love or loathe it

And this cleaning fanatic shares an easy way to clean grubby walls in minutes – and it makes your entire house smell amazing too.