NAMING your child is a pretty big deal, and it’s (usually) something you’re stuck with for life.

But one mum was left fuming after her sister gave her new baby the same name as her daughter. 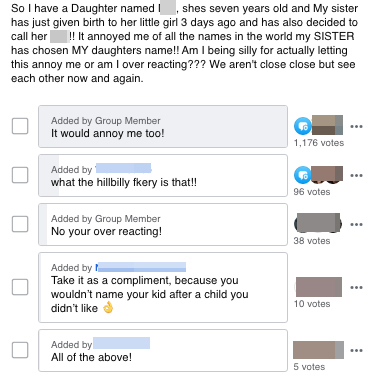 The anonymous mum posted a poll on Facebook to ask if she had a right to be madCredit: Facebook

Furious, the anonymous mum took a poll in a Facebook group and asked if she had the right to be mad, or if first cousins having the same name is fine.

Posting anonymously, she wrote: “My sister has just given birth to her little girl 3 days ago.

“It annoyed me of all the names in the world my SISTER has chosen MY daughters name!!

“Am I being silly for actually letting this annoy me or am I over reacting??? We aren’t close close but see each other now and again.”

Over 1,000 people who responded to the Facebook poll admitted “it would annoy me too”. 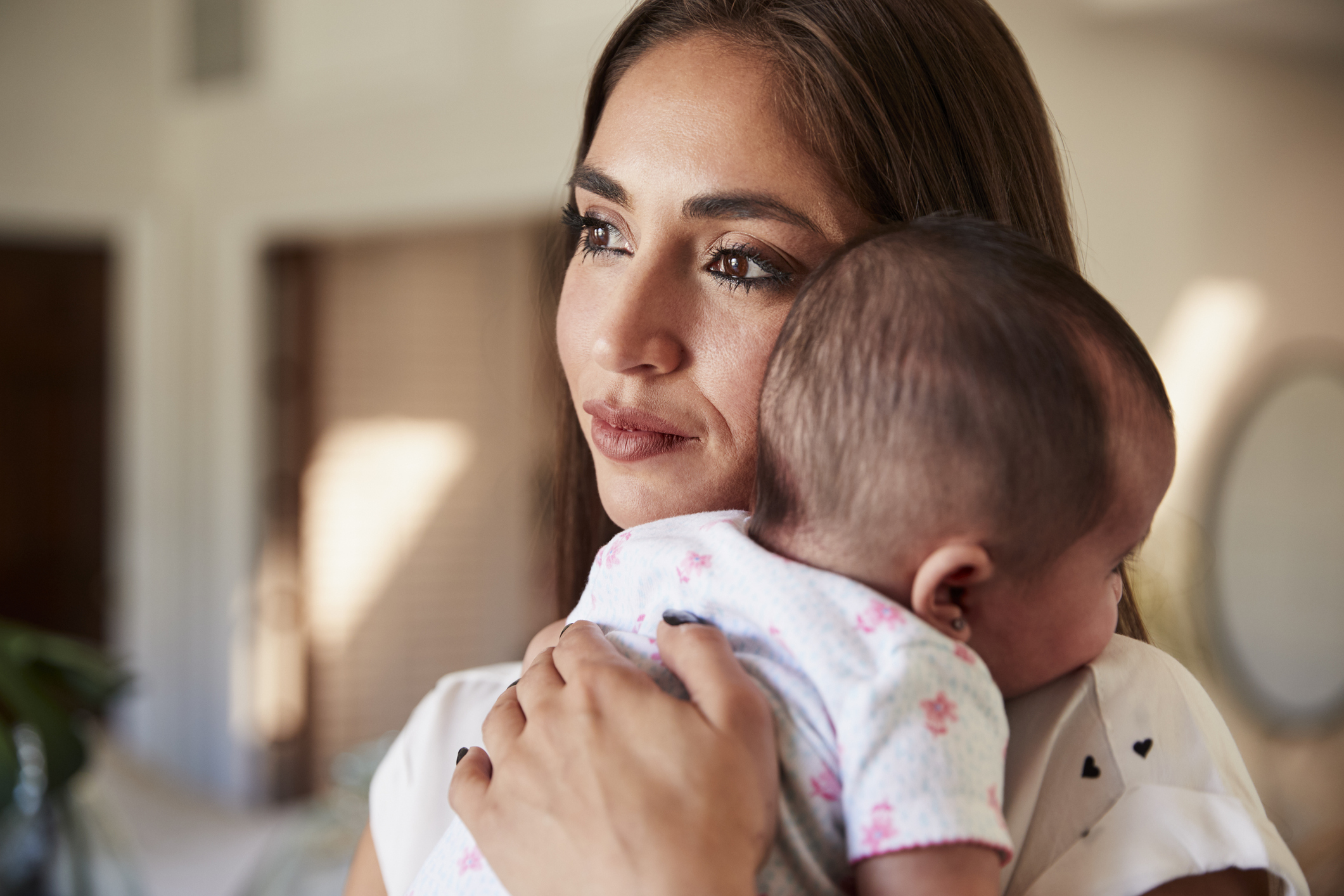 Many agreed that cousins sharing the same name is “strange” and that she should have chosen a different nameCredit: Getty Images – Getty

Compared to just ten Facebook users who said “take it as a compliment”.

Siding with the anonymous poster, one person said: “I’d never call my kids after my sisters kids it’s super weird I don’t get how people are saying it’s just a name.”

And another agreed, saying: “Na thats f****d up like how many names she could choose! Id be fuming.”

Someone else admitted: “I don’t think I’d be raging but I’d definitely be confused about it, like I don’t understand choosing the same name as somebody else’s child in the family. Very strange anyway .”

But there were a handful who insisted it wasn’t strange at all, and they couldn’t see the issue at hand.

“Actually back in the day a lot of family members had the same name I know a family with a least 4 generations of the same name what’s the issue,” one said.

While another wrote: “I think if you guys were cousins or something it’d be fine, but sisters it’s super weird lol”

Meanwhile, another mum fumes after daughter’s nursery changed her name because it was ‘too hard to pronounce’.

And this schoolgirl, 17, was sent home for ‘lingerie’ outfit which made her teacher feel ‘awkward’, leaving her dad raging.

Plus a savage mum’s harsh response to ‘bumping’ her daughter from her prized family achievements photo display.